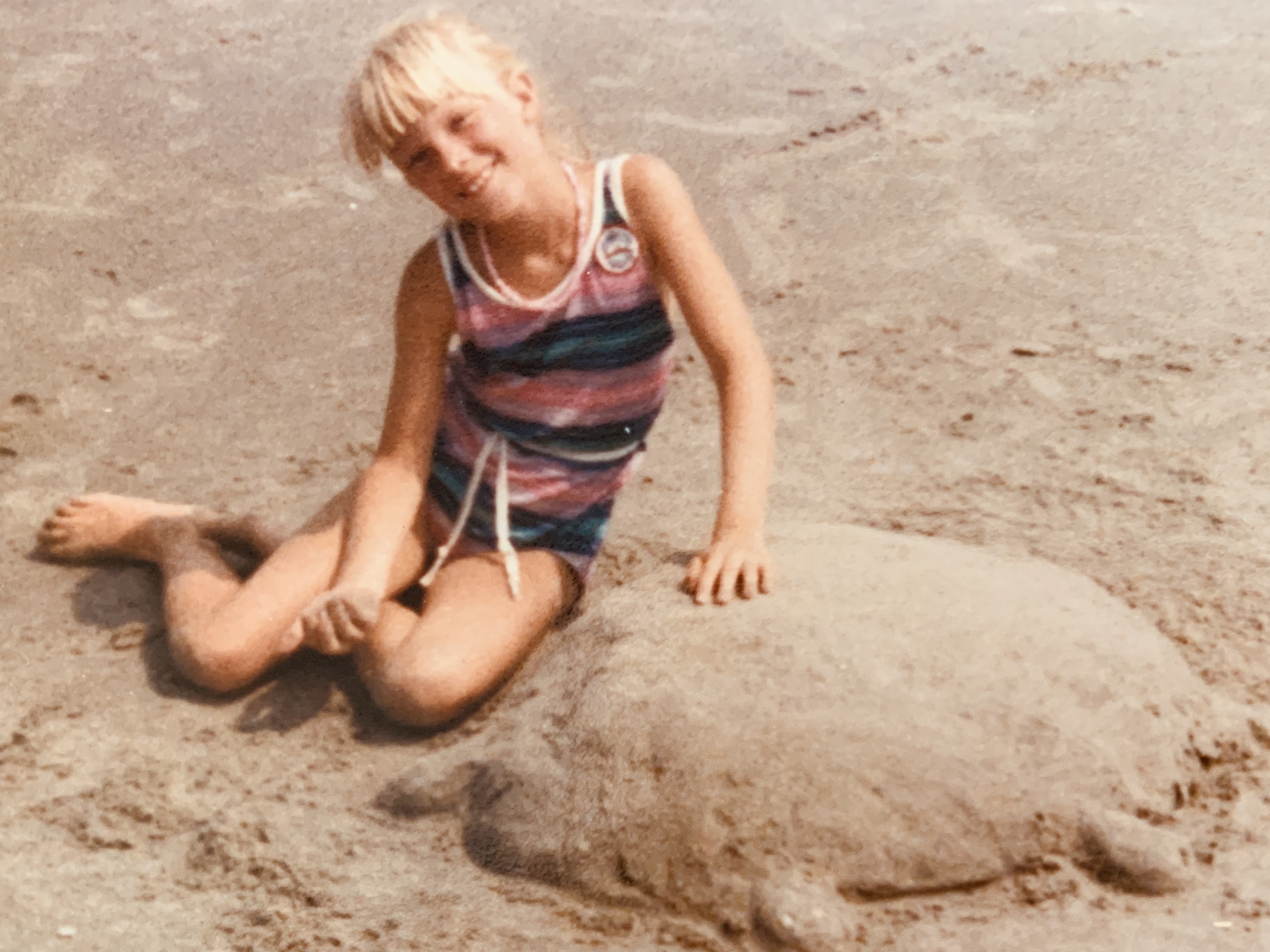 The author at the Outer Banks, circa 1984

I’ve been known to hop on a BHA virtual pint night. It’s an excuse to indulge in a microbrew and learn a few things. I’m the BHAer that doesn’t go outside. My knowledge of the outdoors is as limited as the outdoors is vast.

But for me, pint nights are a double-edged sword.

One recent pint night the conversation turned to alligator hunting. BHAers shared their experiences hunting alligators in North Carolina. My thoughts mired like the swamps in which I imagine alligators tend to loiter.

I’ve vacationed in North Carolina’s Outer Banks my whole life. I was literally conceived there, though why I know that is a story for another day. Never have I seen indications of alligator habitation in North Carolina. No cute little “Gator Crossing!” signs on highways. No actual alligators. No – well, I don’t know what other signs alligators leave. Bodies?

My hunter, sitting next to me, knew I was thinking of our Outer Banks vacations. We’ve wandered nature trails. Nature trails chillingly close to waterways. Nature trails I never would have visited had it not been for him.

As if alligators weren’t enough of a revelation, the BHAers started talking about the state’s large shark population. Cottonmouth snakes too. Some members in the pint night, recalling my fear of snakes, suggested the discussion was only making things worse for me.

Are you kidding me? That pint night saved my life. I’ll swim with North Carolina’s sharks all day. But I am not indulging in any habitat that supports alligators and snakes. I spent a little time researching North Carolina’s cottonmouths. Do you know where they lurk? Waterways. Same with alligators. Which have even been known to hang out on beaches.

Reptiles torment me wherever I go. Is it because I’m always looking for them? Do I just have bad luck? A trip last summer to the zoo in Cape May tilts me toward believing bad luck is at play. Upon our arrival, I texted a cousin working at the zoo. Would she have time for a visit?

“Sure!” came her cheerful reply. “I’m in the Reptile House today. Stop by!”

Reptile houses are of particular concern, trapped as one is by four walls each supporting an array of scaly vertebrates. I kept the visit short. We’re not that close anyway. Five minutes of hyperventilating in a slithering hovel aren’t going to change that.

Still think it’s me? Let’s talk about the show Vikings. Since it’s set to the Scandinavian invasion of England, grisly reptiles were the last thing I expected to see. But there they were. Snakes, corralled in a pit for torturing the king’s enemies.

See what I mean? It’s clearly not me, guys. Reptiles seek me out like water seeking the lowest level. It’s why I need to attend those pint nights.

They’ll save my life.

Find a BHA Event in Your Area

About Wendi Rank
share on
Get the latest news and stories, right to your inbox.
Search
Local Chapters