By David Erickson - April 27, 2018 - Originally published in the Missoulian.

A popular river access point on the Bitterroot River near Missoula was recently closed down because so many people were misusing and trashing the site. But a group of volunteers and nonprofit organizations are working hard to get it back in operation.

The Buckhouse Bridge access site, located where the river crosses under U.S. Highway 93 at the southwest part of the city near Wal-Mart, has been used informally by people for many years. However, it’s actually located on private land and the owner recently realized he had to cut off the flow of users because garbage was piling up.

He posted a sign saying “erosion, garbage and surface damage” caused by trespassing had prompted the need for a temporary closure. A pile of dirty furniture, garbage bags and camping gear sits nearby. 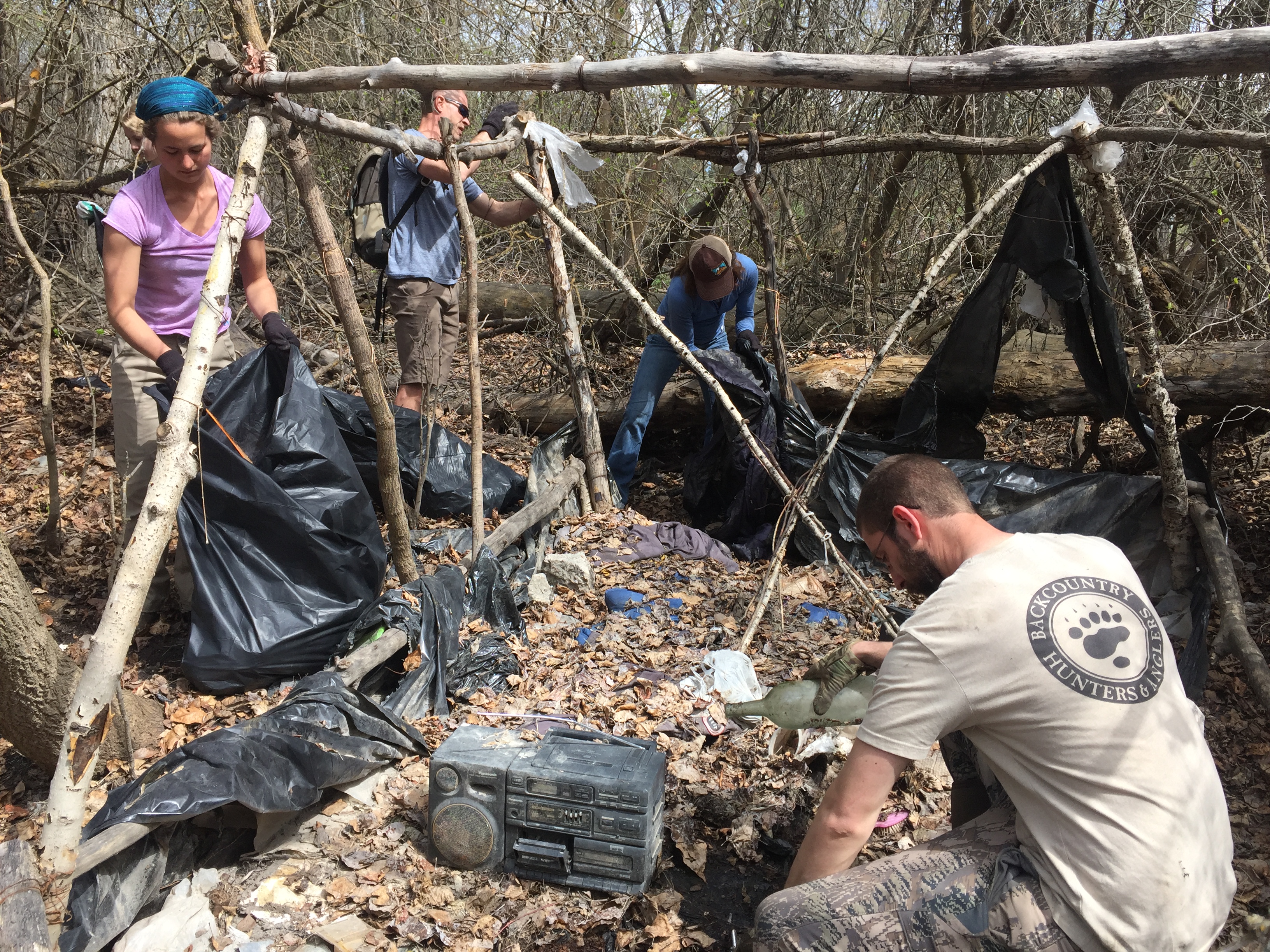 “The existing public use was causing damage to the site, and so the landowner was forced to temporarily shut it down,” explained Ryan Chapin, the stewardship director for the nonprofit Five Valleys Land Trust. “There was a lot of garbage and the parking area was being misused.

"But the landowner does want to provide permanent access to the Bitterroot River across his property, so the Five Valleys Land Trust is working with government agencies to provide a well-designed access.”

The FVLT is working with Backcountry Hunters and Anglers, Trout Unlimited and the University of Montana to round up volunteers for a work day on Saturday to get the site cleaned up.

"It's an ideal access point for all sorts of recreators to access the Bitterroot right outside of Missoula, out their back door," said Hannah Nikonow, a member of the BHA Montana chapter board. "It's awesome that there's a willing landowner to help facilitate this. Backcountry Hunters and Anglers, we're a group of volunteer people who like to work on projects like this, to do habitat projects like this."

Chapin said they don’t really have enough equipment for more volunteers, but there may be opportunities to help in the future. He said there isn’t a specific timeline to open the access point back up, but it definitely won’t be closed forever.

“All I can say is the landowner is hoping to get it open as soon as possible,” Chapin said. “Everybody is actively talking about making it a long-term public access at that point. The landowner is on board, so that is really exciting. There’s just a lot of moving parts and a lot of details to be worked out between government partners and some of the other nonprofits.”

That particular area gets a lot of use. People have to turn right off the highway, cross the bike path, and go down a steep dirt embankment and onto a dirt path to get to the river. It could obviously use upgrades.

“It’s a great access point geographically,” Chapin said. “There just isn’t the infrastructure in place. While we have momentum and keen interest of the landowner, we all need to work together to get a permanent access point.''

"It's going to be better for everyone if we all cooperate," Chapin said.

About David Erickson
share on
See other posts related to Montana BHA montana issues
Get the latest news and stories, right to your inbox.
Search
Local Chapters