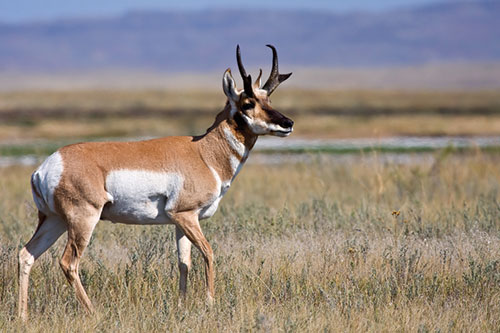 It just got easier for hunters, both resident and non-resident, to draw an antelope tag in New Mexico. The State Game Commission in May voted for a massive overhaul of its antelope management program, a move that NM BHA strongly supported.

It was a two-part action, but most important the Commission eliminated the Antelope Private Lands Use System, known as A-PLUS. That program for years has given about 70 percent of all available antelope tags to a small group of landowners, who could then sell the tags to hunters, outfitters or tag brokers. As NM BHA pointed out, that system flies in the face of the North American Model of Wildlife Management by privatizing the allocation of hunting opportunity.

Second, the Commission adopted a new plan that more closely reflects typical big game management. In the future, antelope hunts will be managed by individual Game Management Unit (in the past most tags had been clustered in regions.) Citing research and surveys by the New Mexico Department of Game and Fish, the Commission also agreed to increase the take of bucks, adding some 400 tags to the draw. And it opened up all legally accessible public land, including state and federal grazing lands, to draw hunters. Draw hunters can also, as with other species, hunt on private land with permission.

But in a nod to ranchers who were losing their easy access to high-value tags, the Commission also approved unlimited over-the-counter antelope tags for use on private, deeded land only. That same unlimited tag program has worked well for deer, NMDGF argued, though many hunters – including NM BHA – voiced concern about the potential for overharvesting or localized depletion. However, given NMDGF’s confidence that the unlimited harvest will not cause population declines, most hunters agreed that the new program and the elimination of A-PLUS was worth the risk. If antelope numbers do tank, NM BHA will be among the first to call for revisions.

Up next for New Mexico hunters is an even more controversial topic: elk. New Mexico has the most liberal “private land” elk program in the West, with 50 percent of all elk tags now going to landowners to sell, trade or not even use. Ranches as small as one acre can get elk tags to sell; many “private land” elk tags in the E-PLUS program are used on public land; and thousands of E-PLUS tags go unused, which not only robs hunters of the opportunity to fill their freezer, but robs NMDGF of license sales. NM BHA will be following this issue closely. Hopefully it will work out like the antelope overhaul, resulting in better opportunity for public lands hunters in New Mexico.