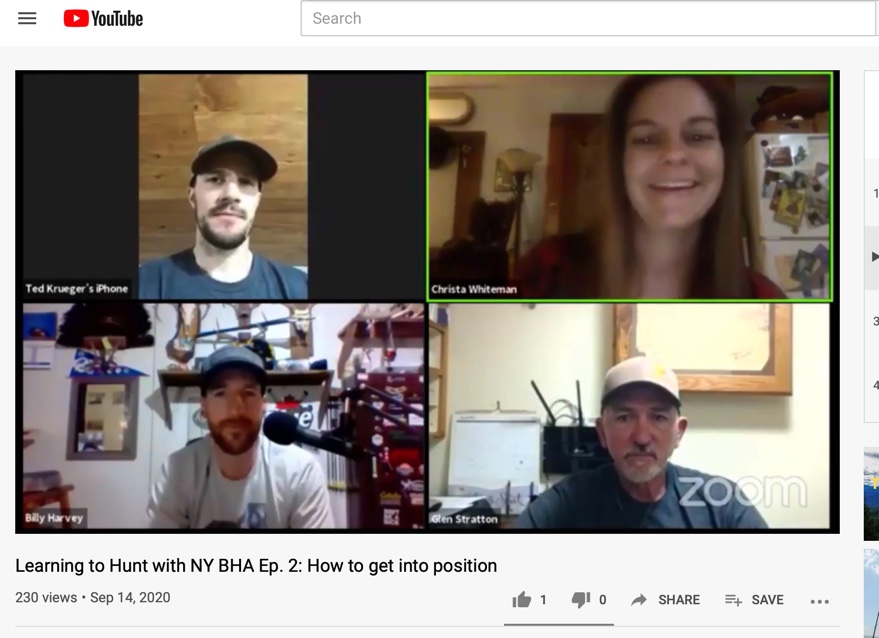 The New York chapter has earned the Chapter of the Month award this time around in recognition of its outstanding work engaging new hunters in the Empire State and beyond with a four-part virtual Learn to Hunt series.

The chapter’s regional volunteer coordinators and its communications team – more than a dozen individuals total – collaborated to create a Virtual Learn to Hunt Series held throughout September. Presenters and participants met via Zoom, and others tuned in live on the chapter's Facebook page to engage in a wide range of topics.

New, seasoned, and prospective hunters joined in for conversations on four broad topics: Getting into the Woods, Scouting and Locating Animals, Getting the Shot, and Getting Game Home Safely.

Over the course of four weeks, about 300 real-time participants heard diverse perspectives of BHA members from around the state on important topics like public land scouting, mapping, safety, ethics and field dressing. The result was many fun and educational discussions for participants, and the chapter teams had a great time to boot!

The recorded sessions were uploaded to the New York playlist on BHA’s YouTube page and have since been viewed nearly 1,100 times! Click here to check them out.

Cheers to New York for working hard to engage with folks, foster a love of the outdoors and deliver value at a time when that is downright hard to do.