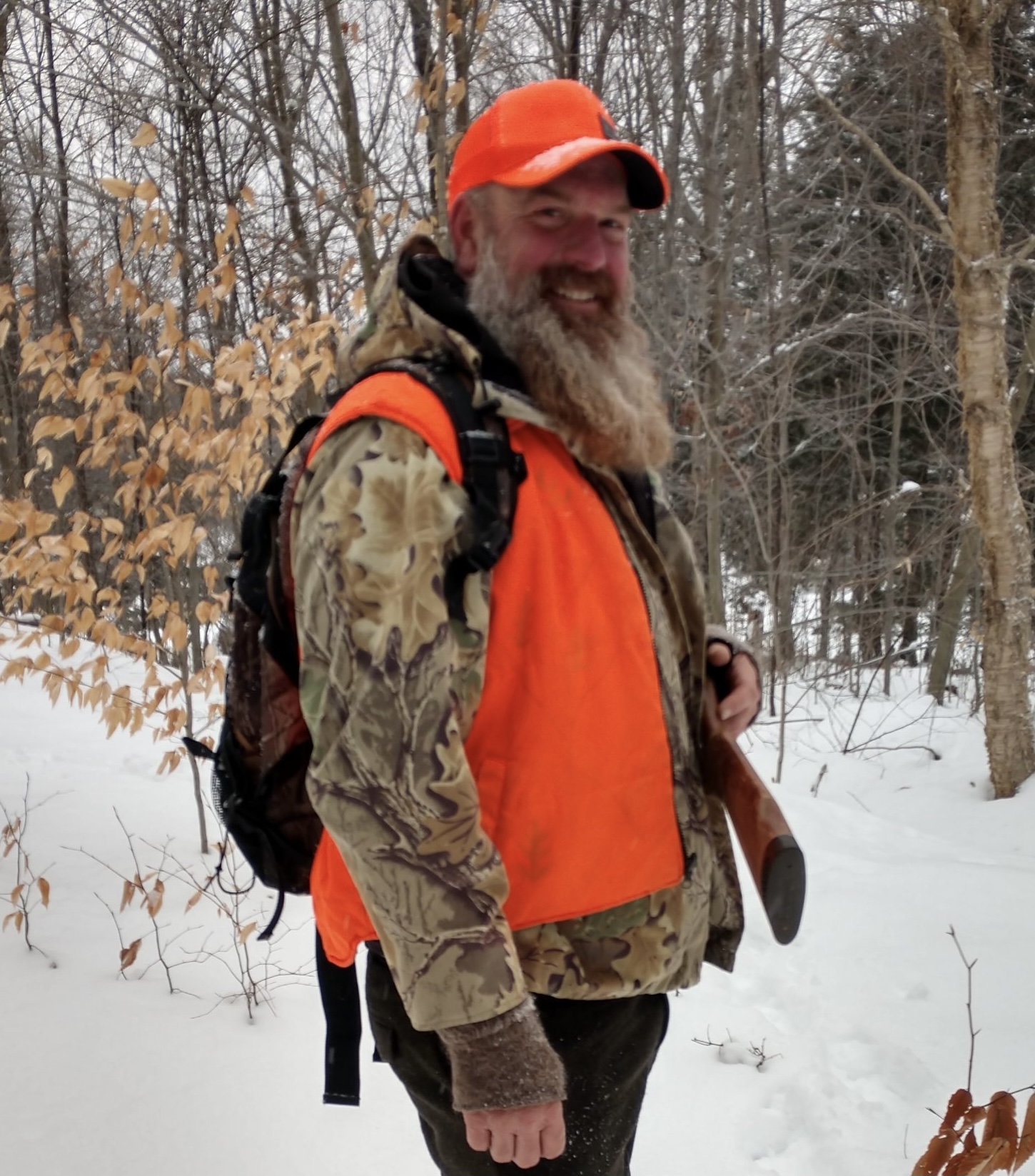 Brian grew up on a small family dairy farm in upstate NY. This 400 acre farm was a child’s dream of swamps, deepwoods, and thickets. His first memory of hunting was as a 7 year old, siting on a milk crate in the hardwoods with his father and was hooked from that moment on. He pursues whitetail deer and turkeys with an occasional foray for small game. Growing  up, the Susquehanna River was his playground and spent untold hours chasing smallmouth bass and walleyes. Today most of his fishing is through the ice on Lake George and Lake Champlain with some spring trout fishing. Brian’s first experience with the value of public land and access was while earning a doctorate degree in Geology from Western Michigan University. Although trapped in a small apartment, Michigan has abundant public land and was able to pursue deer and turkeys and expanded his fishing to include Great Lakes salmon and steelhead. Brian, along with his wife and daughter and two pups, lives on a small homestead in Whitehall, New York. Situated at the southeastern edge of the Adirondack Park and southern tip of Lake Champlain with access to thousands of acres of public land. 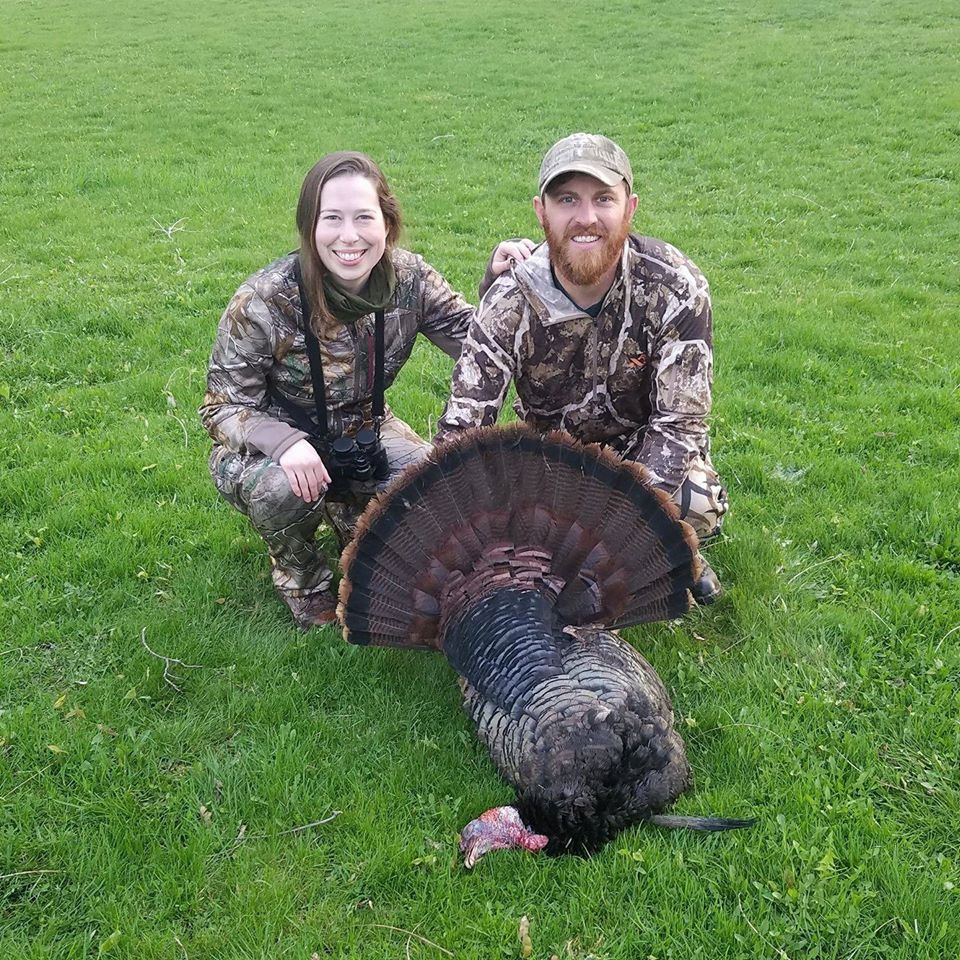 Virginia grew up in a rural part of upstate New York where she spent her childhood outdoors developing a love for wildlife that ultimately inspired her career as a scientist. She now works as a biology professor at Niagara University. Virginia incorporates her scientific background into her position as BHA board member where her knowledge of biology, evolution and ecology helps inform her perspectives on public land conservation. When not in the classroom Professor Glazier enjoys spending time on her hobby farm where she and her husband garden, raise chickens and maintain habitat that supports the harvest of wild turkeys, deer and squirrels. She also enjoys hunting, fishing, hiking and kayaking on New York public land in the Southern tier and the ADK. 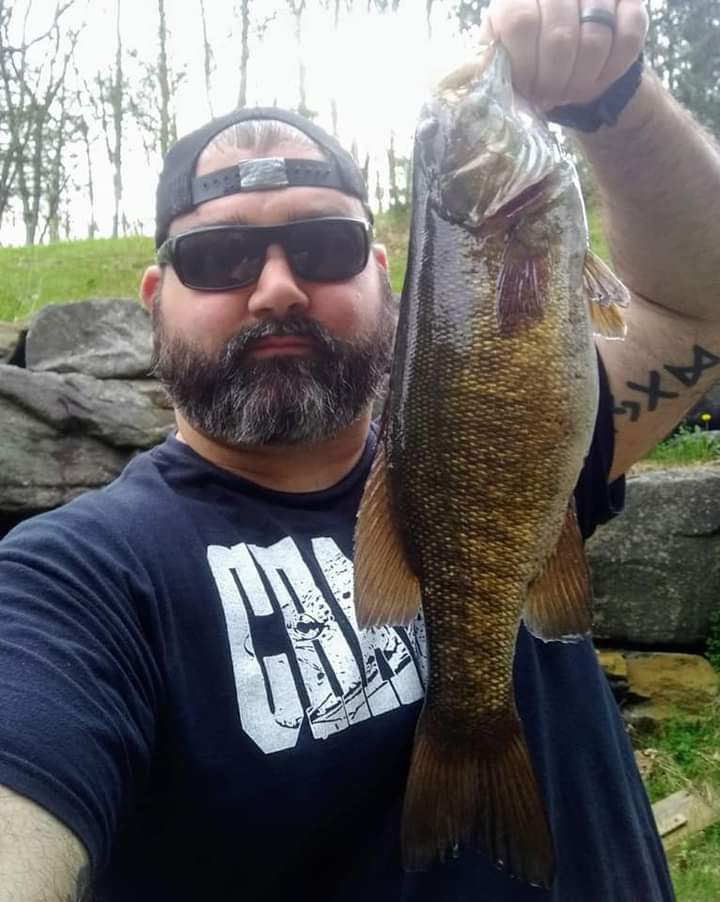 Gary grew up on Long Island, where he lives with his wife, children, and GSP. He was raised in a scouting family, has been camping since birth,and was instilled with a “leave no trace” ethic at a young age. Gary’s family purchased a trailer in the Pocono Mountains during the early 90s. He fondly recalls entire days spent roaming the 76 acres of trails and woods that surrounded his trailer, or fishing with his father; a legacy Gary passed to his children. After high school, the demands of higher education, career, and family forced an outdoor hiatus upon Gary until April 2016 when a culmination of events allowed him to begin his adventure as a freelance outdoor writer, conservationist, and fashionably late hunter. Gary, a 2% for Conservation Committee Member, joined BHA in March 2019, became a Regional Event Coordinator in January 2020, and is extremely proud of helping to organize Muster in the Mountains (2021). He spends a majority of his field time in the Catskills, fishing the Upper Delaware River, camping/volunteering in Ten Mile River, or sitting in a tree stand on his hunting lease. Gary also enjoys taking his bow for long walks on public land in search of whitetails and taking his children afield.

Rocci has spent the past 27 plus years using his career in the conservation field as cover for fishing, hunting, foraging, and generally exploring public lands across the country. Starting as a wilderness ranger and firefighter with the USFS and NPS, Rocci has managed to stay gainfully employed while pursuing a life that prioritized a love of wild places, wild creatures, and filling the freezer with whatever unlucky game or fish that he could chase down or put on a hook. Living in the High Peaks region of the Adirondacks allows for plenty of reflection about the true challenges of hunting and fishing the high country and that the reward is almost never about a punched tag or full creel. 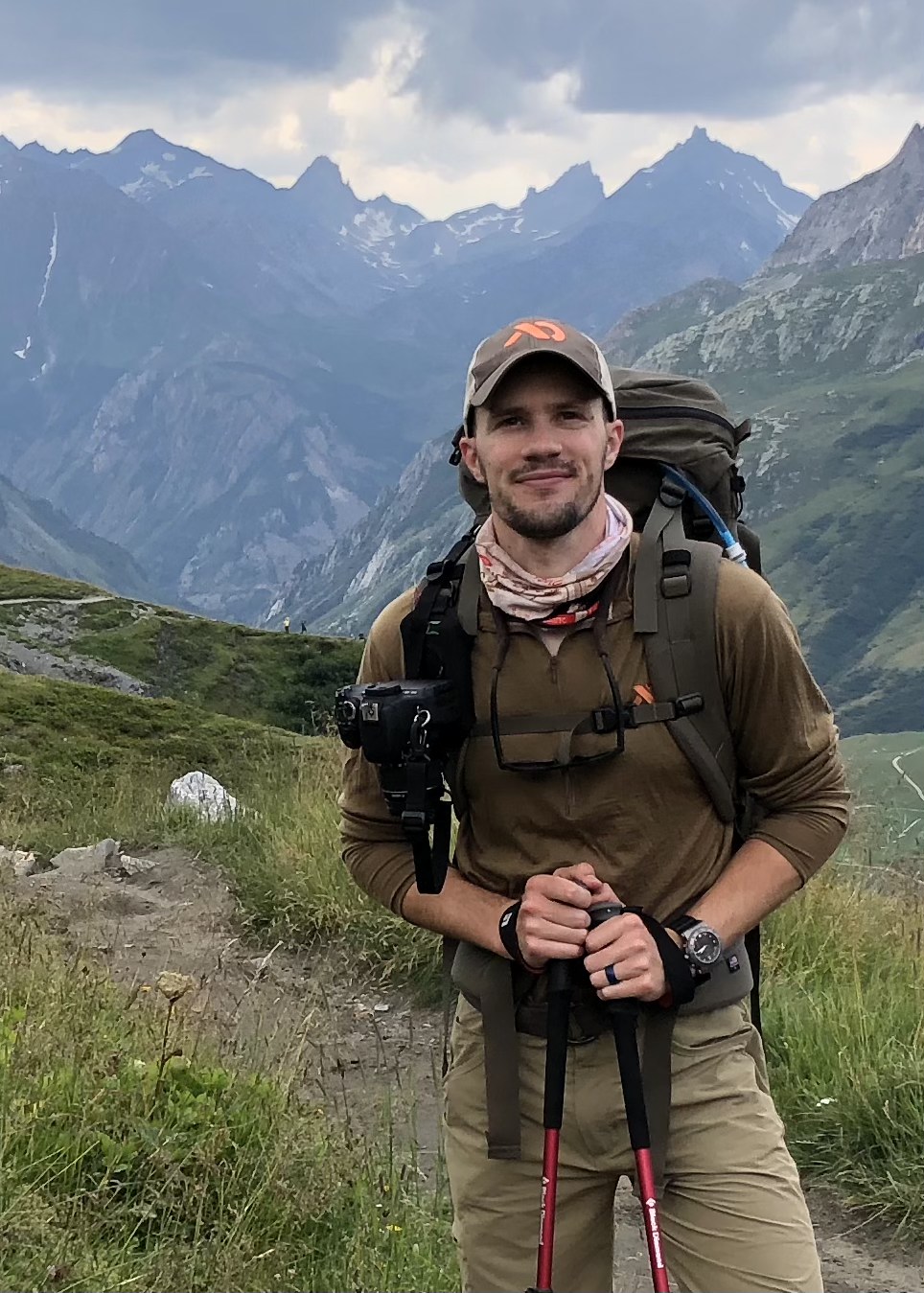 A native of Western New York, Ted grew up hunting, fishing, and camping with his family. Whether it was on their family tree farm or on summer trips to the Adirondacks, the best memories from his childhood were those spent outside. Of all the outside activities hunting definitely stuck the most. Ted has been lucky enough to call Missouri and Idaho home at different times in his life, which offered up new hunting experiences. It was the time spent in the mountains of Idaho that really opened his eyes to the value of public lands. Ted and his wife took every available opportunity to explore them and spent many a weekend searching for the elusive elk or floating and fly fishing on the Teton River. Ted thought the first step and the least he could do to ensure the stability of public lands and keep these areas accessible for future generations was to join BHA. After moving home to NY Ted was eager to volunteer with his local chapter. These days you might find Ted hiking a high peak, paddling the Moose River, or skiing the trails near his home in the Mohawk Valley. 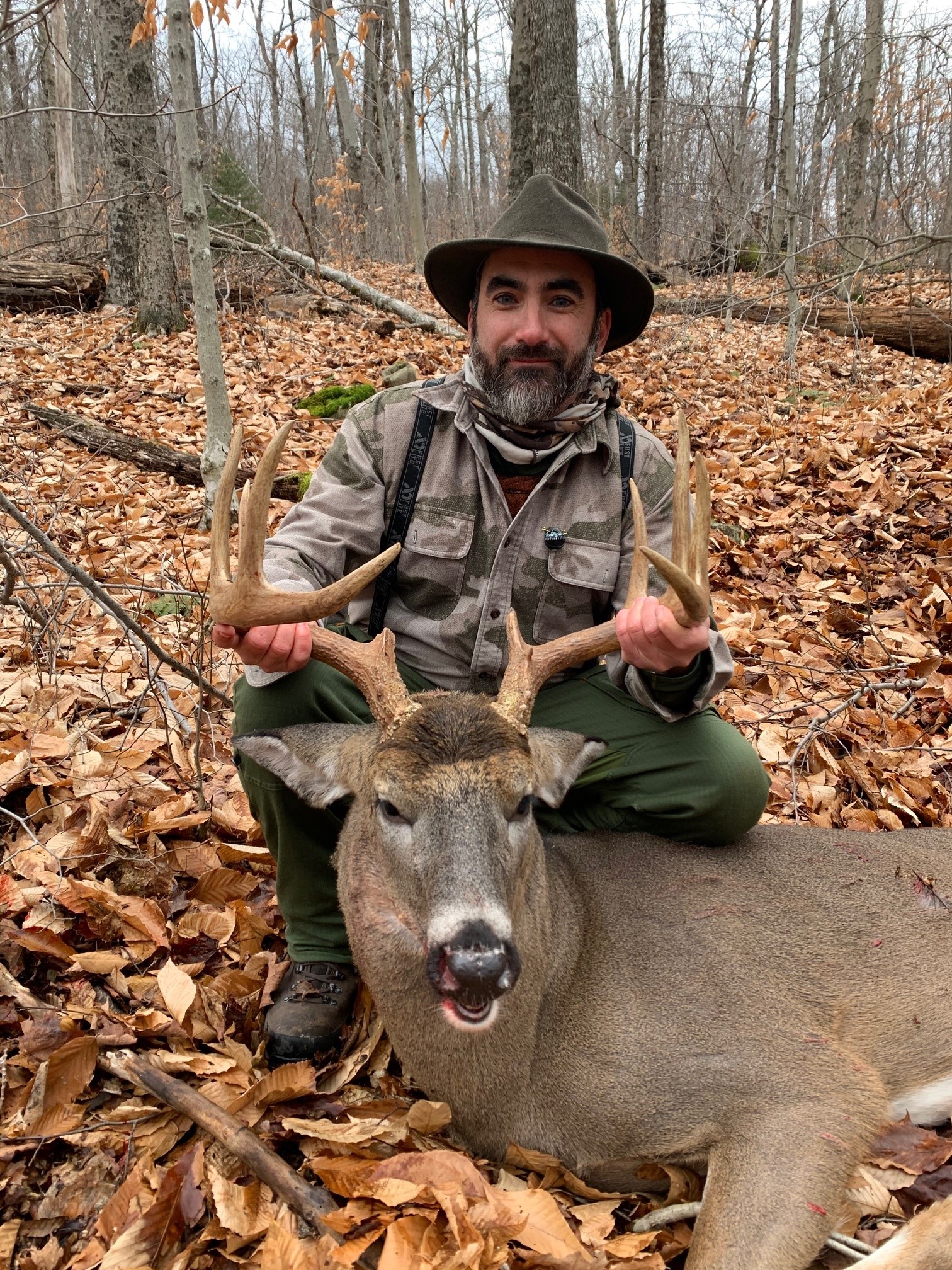 Frank grew up tramping the southern Adirondacks which fostered an appreciation of public lands and waters. He currently resides in Central New York where he works as an environmental scientist involved in the remediation of contaminated sites across the USA.  While not working or chauffeuring his two children, he awaits the time he can be back in the Adirondacks pursuing wilderness whitetails.  Frank's interest in BHA stems from his belief that wild places offer an opportunity for all of us to counterbalance our lives to the accelerating pace of technological change and are essential to maintaining the planet's ecological integrity.  He thinks BHA's culture of inclusiveness is an important tool to develop similar beliefs among groups who may not otherwise be exposed to these wonderful natural resources. Many of us take for granted the existence of public lands and seem to forget that they are protected based on signatures on paper and can just as easily be unprotected in the future.  He fervently believes society must continue to place value on these resources to ensure their existence for future generations. 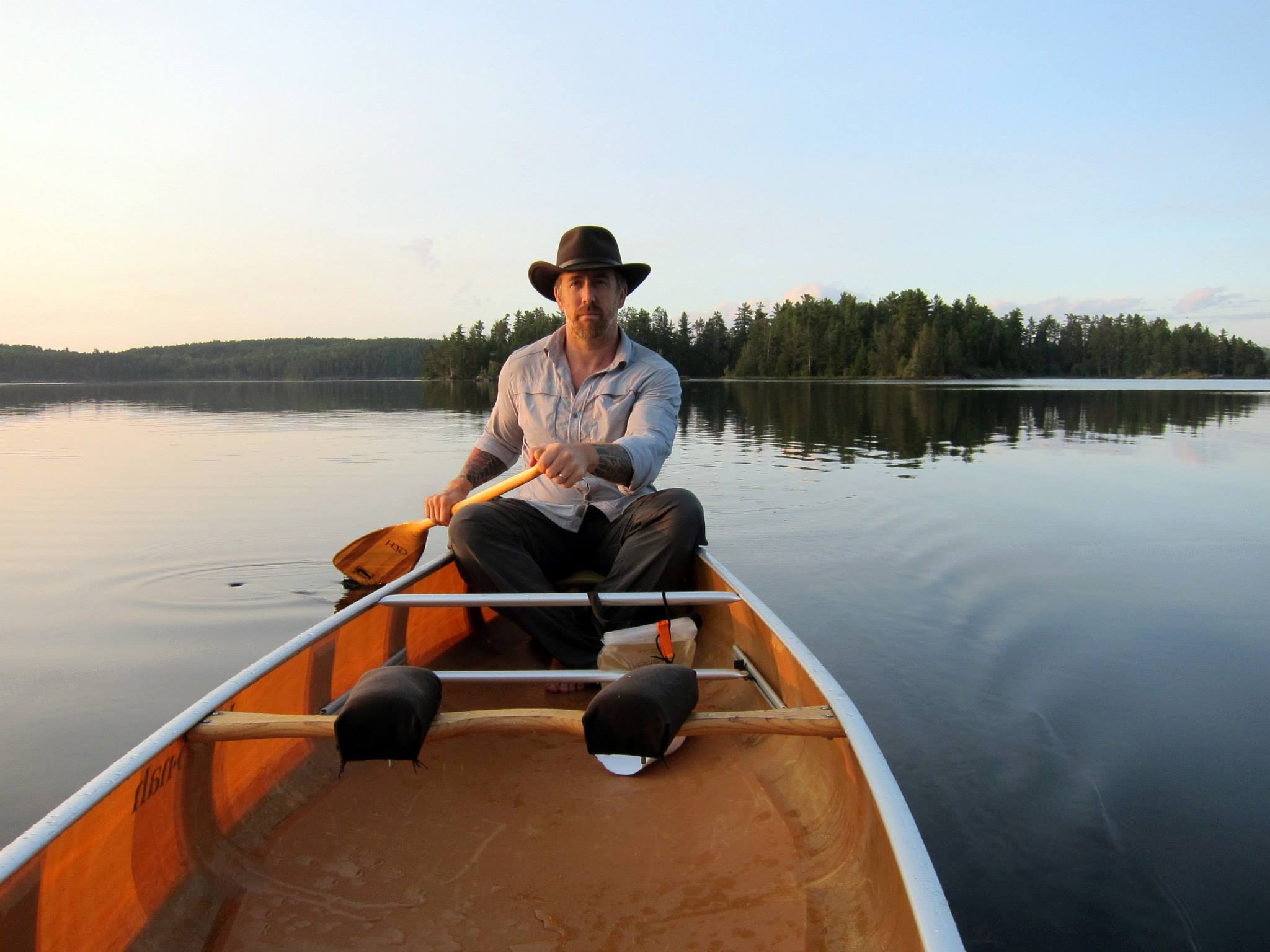 Greg came to his love of the outdoors via the Boy Scouts (rising to the rank of Eagle Scout) running around in the wilderness of Illinois, Wisconsin, and Minnesota (Boundary Waters is still his favorite place to spend a week or two). As an adult, he moved from the Midwest to NYC to pursue a career in tech startups. As a co-founder of Meetup, he developed a respect for the power of small local community groups to effect change. Now Greg lives in the lower Hudson Valley where he spends most of his free time exploring, hiking, backpacking, hunting, foraging, and fishing in New York's public lands. His passion for conservation led him to BHA where he is a life member. 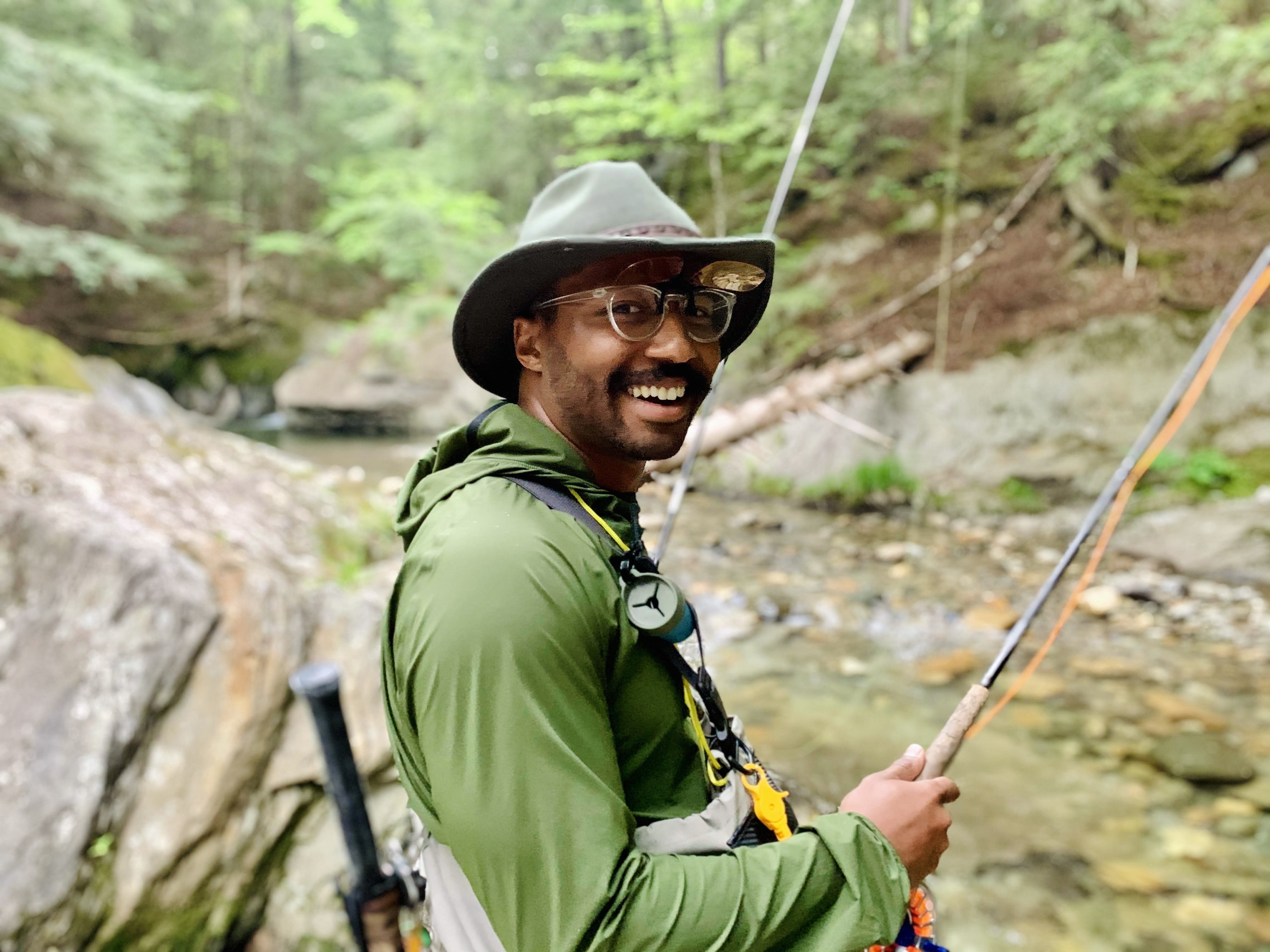 Brandon grew up in South Louisiana, camping, kayaking, hunting and fishing. After moving to New England for college, he is now an avid multispecies fly-fisherman. Now living in NYC for medical school, he finds solace in the woods and waters of the Hudson Valley, Southern CT, the Catskills and Long Island. He enjoys all outdoor pursuits, but chasing deer and brook trout captivate most of his mind space… When he’s not studying or in the lab, you can find him in the mountain ridges, bowhunting urban bucks or waist-deep wading for trout. Brandon is committed to conserving and passing along the traditions of the land, especially for underrepresented hunters and anglers. As an NYC resident, he’s passionate about increasing land access, public-land knowledge and community among NYC and Tri-State area hunters and anglers.

share on
See other pages related to New York BHA New York New York Board
Get the latest news and stories, right to your inbox.
Search
Local Chapters