Summer is cruising along. Made up of glorious days hiking deep into the mountains following a stream to find a couple brook trout, surf casting for stripers or just chilling by a lake, you can be sure of one thing: BHA members are thinking about our public lands. It’s important to remember that we can’t let up in the fight.

As summer transitions to fall, we have a lot going in the New England Chapter. A few noteworthy events on the calendar…important actions at the state level…growing membership. We need each member to do what they can to help keep the momentum moving forward.

Our New England outdoors are often overshadowed by the mountainous West in hunting literature and media - but we know we've got tales to tell, and now's your chance! BHA has partnered with C.C. Filson to present a series of storytelling events nationwide and we've got one coming to Boston on Thursday, Sept 20. We are looking for storytellers to represent the full suite of New England outdoor pursuits. We of course would like to highlight the use of public land, but we also want to showcase our uniquely regional use of public access to private land. Mostly - we just want to hear those stories that you'd likely tell around a campfire - the ones that make you laugh, or cry, or think. They don't need to be about hunting or fishing - they can be about any time spent in the outdoors that stands out to you as a tale worth telling. If you have one you'd like to share (or maybe you have a friend or family member in mind?) - please call our story submission line, pretend you're sitting around a campfire and give it a whirl! It's ok if it's in rough draft form - we can work with you on cleaning it up. Stories should be 10 minutes max and Filson is generously outfitting all storytellers so you can tell your tale in style. If you have questions please send to [email protected]
Story Submission Line:
VoiceBox Dial-in Number: (641) 715-3900
Extension: 138082#
Really excited to hear from you all!

Yeti Membership Incentive Running until the end of September

Yeti is giving each chapter a large cooler and a hopper to help with member recruitment and renewals. New Englanders who sign up for new or renewed memberships at events, or by signing up with a state leader, will receive a drawing ticket for a 75-quart Yeti Tundra Cooler.  This incentive is not available for routine online sign-ups for new or renewed memberships. The chapter’s goal is to have at least 50 of the drawing tickets going to new members, so get a friend or two to join or buy them a gift membership while you renew! Tickets are limited and may not last long, so contact your state leaders below for more details on how to get into the drawing. 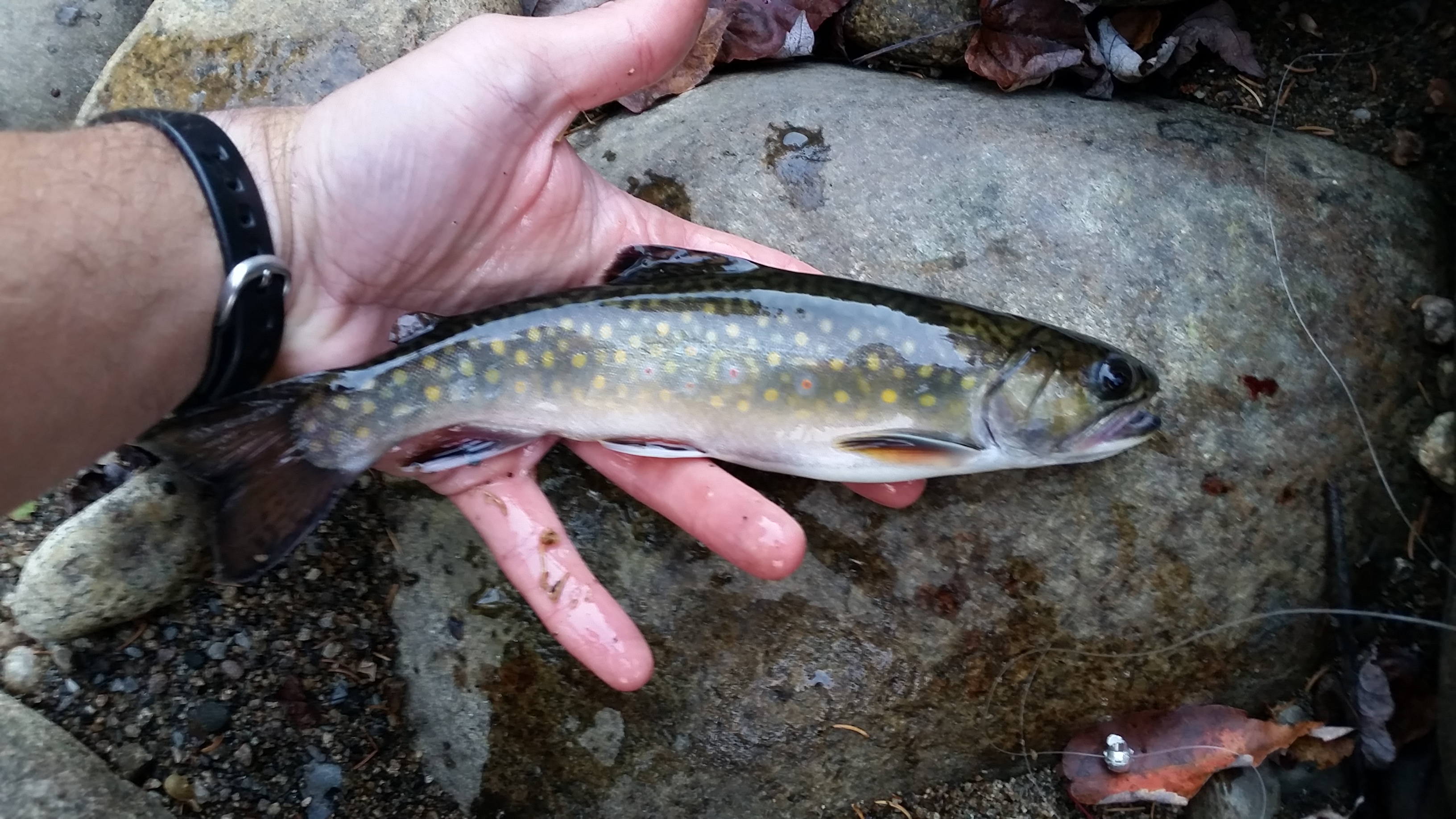 NEBHA submitted comments in support of expanded hunting opportunities on the Rachael Carson National Wildlife Refuge in Maine and the Umbagog NWR on that straddles the New Hampshire-Maine border.

The Connecticut leadership team put on the third annual Southern New England BHA gathering at the Eddy Farm in Newington. Andrew Labonte, a biologist of the CT DEEP gave a talk on CWD prevention (CWD has not been found in CT but is present in nearby states) and EHD. Tom Wansleben of MA Fish and Game presented on New England waterfowl hunting, and Andrew Walter of Wild Edge Inc and Scott Hamilton of Saddlehunter.com gave an in-depth tree saddle demonstration. 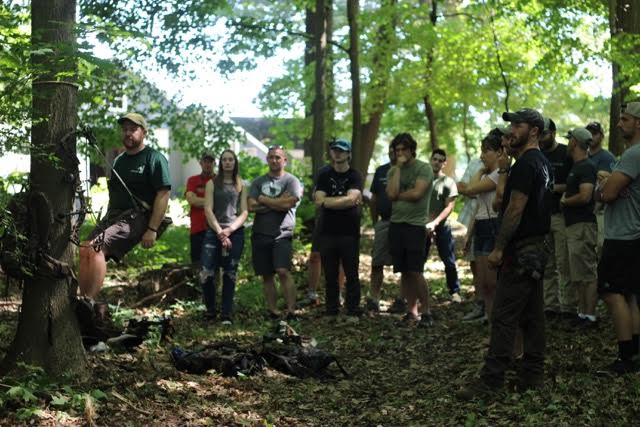 Working with the CT Forest and Parks Association, CT BHA members came out in support of SJ35, a proposed state constitutional amendment that would close a dangerous loop hole in the state appropriations bill, which every year puts state lands at risk of transfer without public approval.

Irving Woodlands has submitted a plan to develop shorelands on the Fish River Chain of Lakes in Aroostook County.  NEBHA’s comments to the Land Use Regulation Commission called for strict protection of tributaries that support the lake’s wild brook trout populations, cutting back on the development in some areas to protect remote lake character, increased land protected by conservation easement, and guaranteed access to those lands.  The LUPC is also proposing changes to its “adjacency rule,” which would affect what areas are potentially available for development on over 10 million acres of unorganized territories in northern and eastern Maine. Jon Robbins of Searsmont delivered NEBHA’s testimony to the commission, calling for changes in the draft rule to limit the amount of sprawl that would result from the proposal, protection of Heritage Fish Waters, limits on development of lakes with remote character, and limits on development near recreation trails that are not near already developed areas.  NEBHA is also tracking a major power line proposal that would cut a 45-mile swath through the remote woods of northwestern Maine and intends to become involved when the public comment period opens.

The Maine Conservation Task Force was recently formed with a goal to develop priorities for future land conservation.  For details go to https://www.maineconservationtaskforce.com/.  Any Maine members who are interested in speaking up for BHA’s conservation values by speaking up public meetings or submitting comments to the Task Force should contact Rob Bryan at [email protected].

NEBHA submitted comments on the final resolution of H.4613 and S.2602. The original bill wanted local municipalities to dictate the access for hunting and fishing, but after some review the Bill reads that the latitude to do so will remain at the hands of the Secretary of Massachusetts Executive Office of Energy and Environmental Affairs. This will inhibit the ability of local interests and opinions to dictate whether or not a property purchased with state funds has hunting and fishing access. A big ‘Thank You!’ goes out to Ted Schwartz of Stow, Massachusetts for his hard work.

Members also participated in the Reinhart 100 at the Hamilton Rod and Gun in Sturbridge, MA, staffing a BHA booth and getting to shoot. It was a great event. Jeff Still, Chris Todd, Brendan Mulcahy, Bobby Murphy, Alex Gust, Walker Larson (5 years old) and David Larson came out to volunteer at the shoot. A couple shooters came over and got information on BHA and the opportunities to volunteer in Massachusetts. In addition, the Rinehart coordinator and BHA member, David Weaver, gave us a huge shout out during the awards and raffle. Those of us that shot had a great time with the great diversity of targets ranging from moose, snakes, gators and antelope to T-Rex and Sasquatch. There were too many to mention them all, it was awesome.

Members in VT continue to advocate for fewer roads on the GMNF by writing in and attending meeting with other stakeholder groups and USFS personnel. With a statewide permitting process known as Act 250 coming up for review, BHAers will be submitting comments and attending meetings to protect remote areas from encroachment and attempt to steer other developments so that habitat fragmentation and connectivity remain primary considerations on a regional scale.

Members gathered repeatedly in the Northeast Kingdom, first for a pint night, then again a few weeks later for a discussion about the moose population with a VT F&W biologist. State Leadership Team members attended several meetings with VT state leadership on big game planning, conservation design and land ethics.

This quarter’s book recommendation is Tip of the Iceberg: My 3,000-Mile Journey Around Wild Alaska, the Last Great American Frontier by Mark Adams.

The book details the 1899 journey of the George W. Elder along the Alaskan coast. Made up of a group of scientists and writers sponsored by railroad magnate Edward H. Harriman, this cruise opened a window to the wonders of Alaska for the American public that still has not closed. The notable crew included the likes of John Muir, George Bird Grinnell, and William Dall.

Adams sets out to retrace the 1899 expedition. Using the state's intricate public ferry system, the Alaska Marine Highway System, Adams travels three thousand miles, following the itinerary north through Wrangell, Juneau, and Glacier Bay, then continuing west into the colder and stranger regions of the Aleutians and the Arctic Circle. He investigates how lessons learned in 1899 might relate to Alaska's current struggles in adapting to climate change, as well as deal with the pressures to utilize the vast resources tucked in amongst all the beauty of Alaska.

A good read, both for the travel and the history.

If you have an item of interest or an upcoming event, please email [email protected].