On Saturday September 28 the New England Chapter of BHA partnered with the USFS and the USFWS staff on the Green Mountain National Forest and the Silvio O. Conte National Wildlife Refuge for National Public Lands Day projects.

On the GMNF, BHA members, spearheaded by Joshua Hardt, started the day in Ripton, VT and traveled to three sites to clean up gravel pits that have been used illicitly as shooting ranges. Using gravel pits as a safe place to sight in a rifle or target practice has been a long standing use on the GMNF, but unfortunately these areas have not been respected; accumulated trash, shotgun shells and spent brass have elevated to problematic levels. The groups work spanned 60 miles from the towns of Lincoln to Killington and gathered hundreds of pounds of trash. The dedicated volunteers also managed to brush in a closed road to limit illegal vehicular access.

The local USFS District Ranger remarked,"I cannot thank you enough for the efforts that you made to help us improve and steward our public lands. It is sometimes the least glamorous work that means the most and goes the furthest." 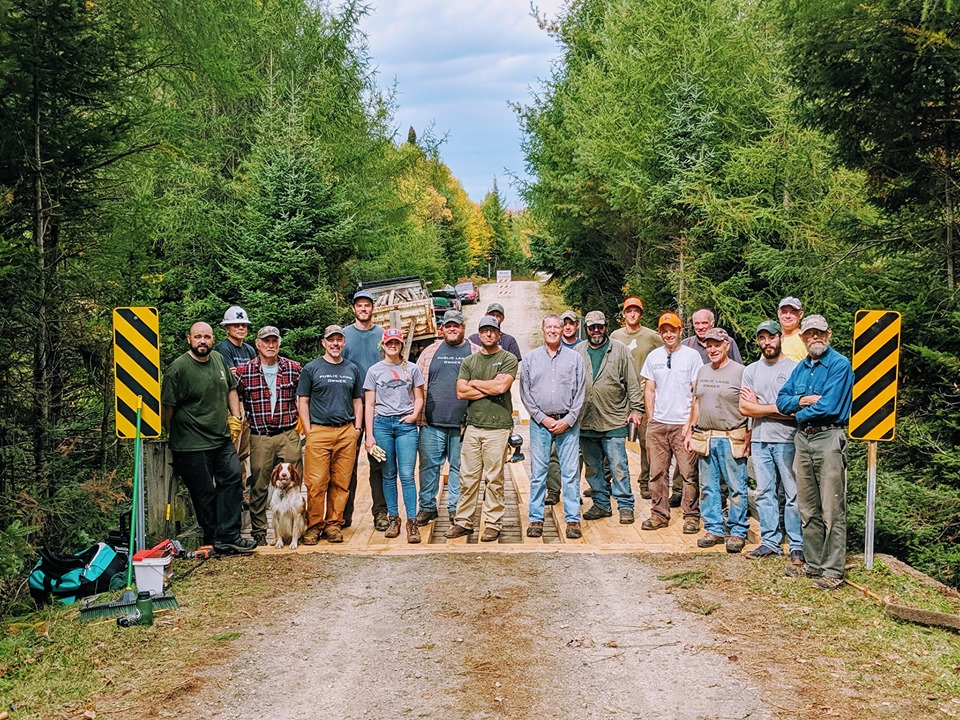 Meanwhile, nearly a hundred miles to the northeast, another team of New England BHA members, along with local groups like the VT Fish & Wildlife Conservation Group and the Friends of the Nulhegan, met to re-deck an important bridge over the Black Branch of the Nulhegan River. This 75-foot bridge serves as the primary access point into the wildlife refuge for all types of outdoor opportunities, including hunting and angling.The work began by stripping off the old timbers, progressed to cleaning the remnants of the old deck while protecting the river below, and then finally installing new hemlock timbers across the span.

Steve Agius, Wildlife Refuge Manager. said, "The U.S. Fish and Wildlife Service manages more than 42 square miles of public lands in northeastern Vermont. The New England Chapter of Backcountry Hunters and Anglers was instrumental in repairing a critical public access bridge on the Conte National Wildlife Refuge. The BHA crew on the work project were professional, efficient and worked hard. I look forward to working with BHA in the coming years."

share on
See other posts related to New England BHA new england news
Get the latest news and stories, right to your inbox.
Search
Local Chapters