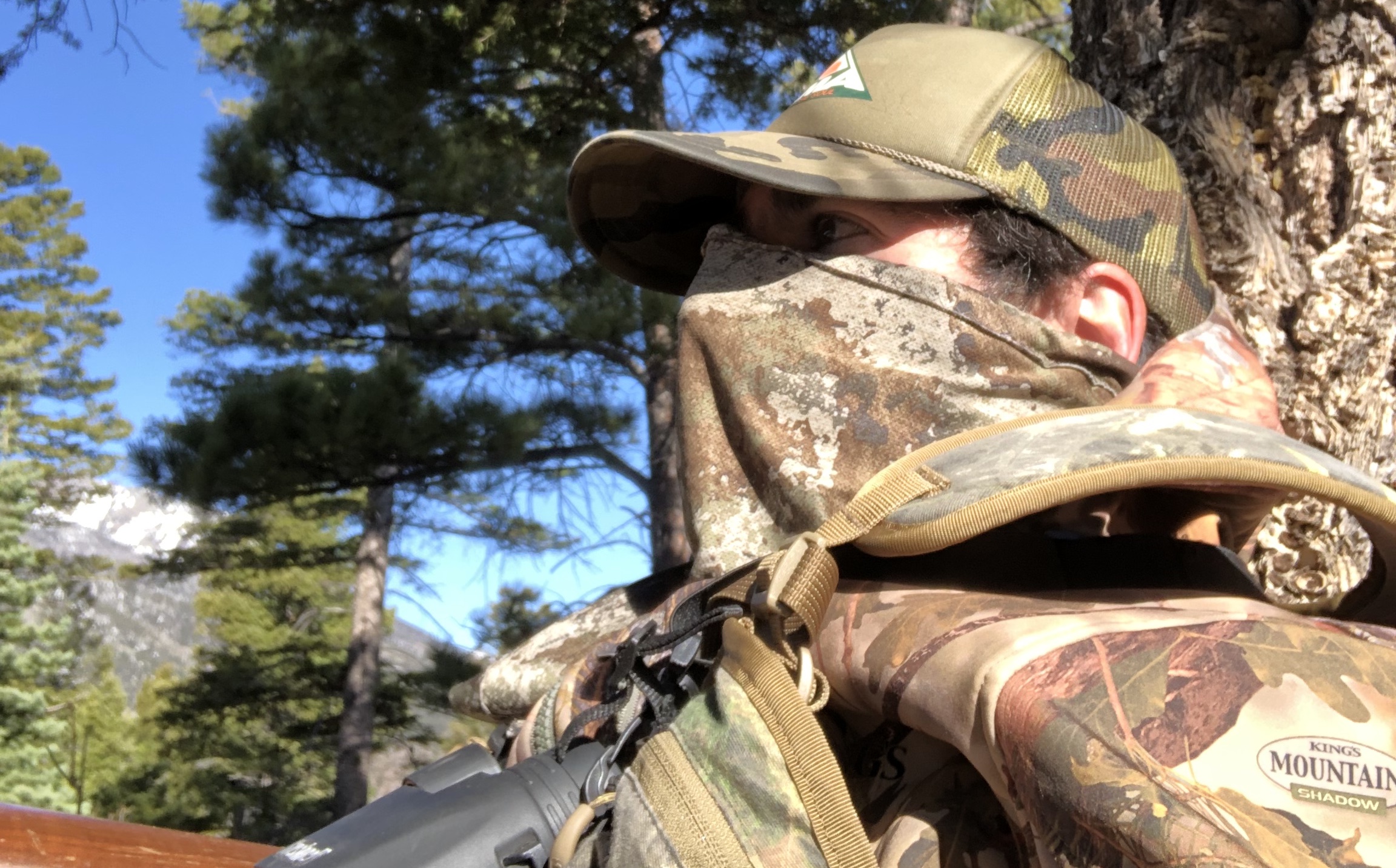 It’s 4:47 a.m. and my trusty three-year-old sounds the alarm. I bring her downstairs to her sleeping mother, then quickly dress for the drive to a mountainside turkey hunting spot. Two inches of snow have fallen overnight, coating the cold ground. My truck thermometer shows a crisp 17 degrees. After an impassable snowdrift halts progress up the logging road, I grab my shotgun and start the two-mile hike to an area holding roosting turkeys.

Just after sunup, I creep into an old logging area with towering ponderosa pines and glittering flakes of snow falling off the trees. I hear a gobble and respond with quiet yelps, triggering a frenzy of gobbles from this hot tom. After quickly setting up two decoys, I take a seat against one of the ponderosas. The tom is downhill from me at about 100 yards, but the forest regrowth is thin.

First, his head emerges from behind a tree, then he steps into view in full strut—fanning tail feathers and drumming wings—while I try to remain calm, adrenaline surging though my body. The tom gobbles again and begins moving in my direction, then disappears behind a rise in the terrain, but I can hear him gobbling ever closer. It is now when I begin to feel the cold, after sitting motionless in the snow for 20 minutes. My fingers are numb. “It’s ok, he’s just about to crest the hill and pop up in front of the decoys,” I tell myself.

I’m already envisioning making a triumphant hike back to the truck with this magnificent bird slung over my shoulder, but nothing happens. Minutes pass and the previously vociferous longbeard has gone silent. While pointing my shotgun where I expect him to appear, he startles me with a booming gobble from my immediate right. He’s about 30 yards away, but for a right-handed shooter it’s a bad angle.

I can’t even see the tom, as he crept around a hill and is behind a boulder, so I slowly twist to the right as far as possible, being careful not to reveal my position. The tom takes a step and sticks his neck out to gobble. I’m at full torso-twist and if he takes two more steps he’ll be behind me. He gobbles again and BOOM!

Approximately 300 pellets hurtle toward the bird at 1200 feet per second. I watch what appears to be a direct hit tumble the tom, but before I can shoot again he leaps off the ridge and glides down the mountainside. I missed!!! How could this be? I hustle over to inspect the kill zone and there isn’t a feather to be seen. A clean miss. My triumphant hike back to the truck becomes a defeated trudge.

I’m filled with conflicted feelings after successfully calling in my first turkey and experiencing the full strutting show. There’s nothing like having a close encounter with wildlife that doesn’t even know you’re there. However, there’s also the overwhelming grief of having missed the shot. I never even had a shot opportunity last season. Nothing left to do but let the woods cool off for a couple days, then take another whack at him or one of his buddies, as there are other turkeys in the area. That’s hunting for ya.

For additional information on turkey hunting in Colorado, see these Colorado Parks and Wildlife (CPW) resources:

Ben Orron is a Colorado BHA member and this was his second turkey hunting season.