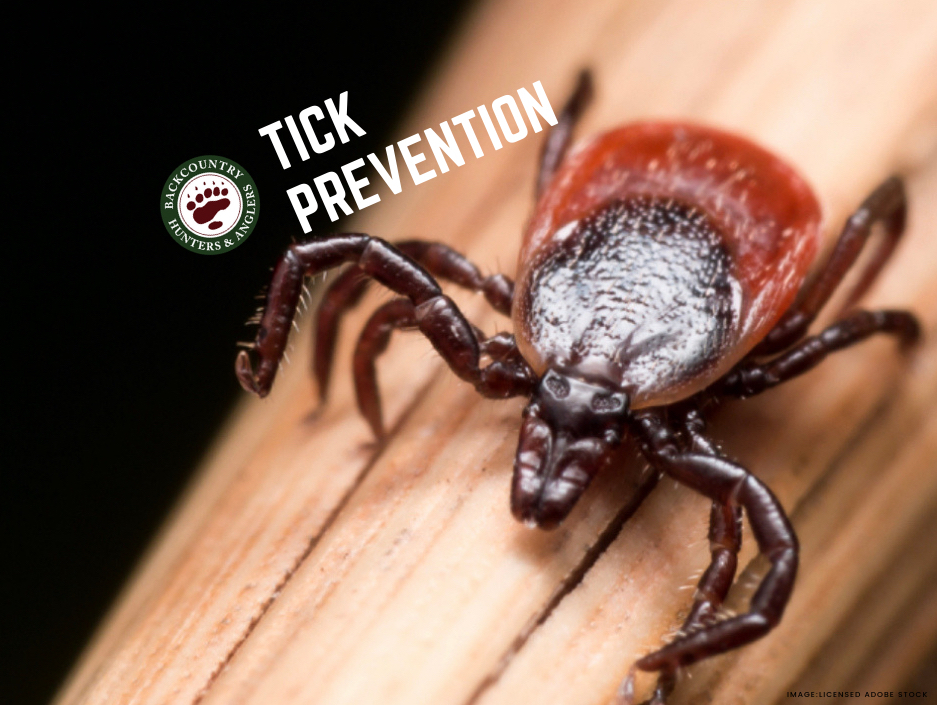 Anyone who spends any amount of time in the outdoors should take steps to prevent tick-borne diseases. The Northeast has the highest rate of Lyme disease in the US, but Lyme is just one of eight tick-borne diseases in New England.  Deer ticks (officially known as black-legged ticks) can transmit Lyme, anaplasmosis, babesiosis, Borellia myomiti, and the Powassin virus, and one tick can transmit all of them.  Dog ticks sometimes carry Rocky Mountain spotted fever (which can kill you) and tularemia in southern New England.  Erlichiosis is carried by the Lone Star tick, which is now well established in southern New England and spreading north.

The Lone Star tick also transmits the alpha-gal allergen, which causes many people to develop an allergy to the meat of hooved animals.  Can you imagine not being able to eat what you hunt? If that’s not enough, recent research has also shown that even people who do not develop the meat allergy may have increased risk of heart disease due to a 30% increase of plaque buildup in their heart arteries associated after exposure to the alpha-gel allergen.

If you become infected and are treated early, antibiotics are effective in many cases. However, many people become infected without ever knowing they have been bitten, and delays in treatment can cause significant complications.  While the number of reported Powassin cases is rare, there are no known treatments - 10% of cases end in death and half of survivors have permanent neurological symptoms, such as recurrent headaches, muscle wasting and memory problems.

I’ve had one brother land in the intensive care unit due to a dual case of Lyme disease and babesiosis, and my other brother has developed the red meat allergy after getting bitten by a Lone Star tick in southeastern Massachusetts. Like me, both spend a lot of time in the outdoors, but neither of them have taken more adequate precautions to avoid tick bites.

We’ve all read about the minimal prevention system:  use insect repellent, tuck your pants inside your socks, wear light-colored pants and check them now and then while in the field. That system helps, but it’s still easy to miss ticks and become infected. If you spend a lot of time in the field the risk of serious disease warrants a higher level of protection.

The system I use was recommended to me by a disease vector ecologist who spends much of the year crawling through the bushes studying tick diseases and the animals that carry them. I spray my outdoor clothes with 0.5% odorless permethrin, which is available from many outdoor gear suppliers and sold under a couple of brand names.  A 24 oz. hand-pump spray bottle costs about $15 and will treat 4 sets of clothes (shirt, pants, and socks).  I tuck my pants inside my socks and then cover them with gaiters (sprayed inside and out) unless I’m wearing tall boots, in which case I forgo the gaiters. For general trail walking in the summer I usually don’t wear a treated shirt, but for any hunting situation except North Woods deer hunting in November I also spray my shirt and whatever jacket I will be wearing.

Follow the manufacturer’s directions. I use rubber gloves when spraying.  The brand I use says to let clothing dry for at least 2 hours before wearing. Per the label the effectiveness of the spray treatment lasts for 6 washings or up to 6 weeks - storing your sprayed clothes in a dark plastic bag helps the permethrin to last as long as possible. Permethrin is for clothes only – use DEET or picaridin on your skin. 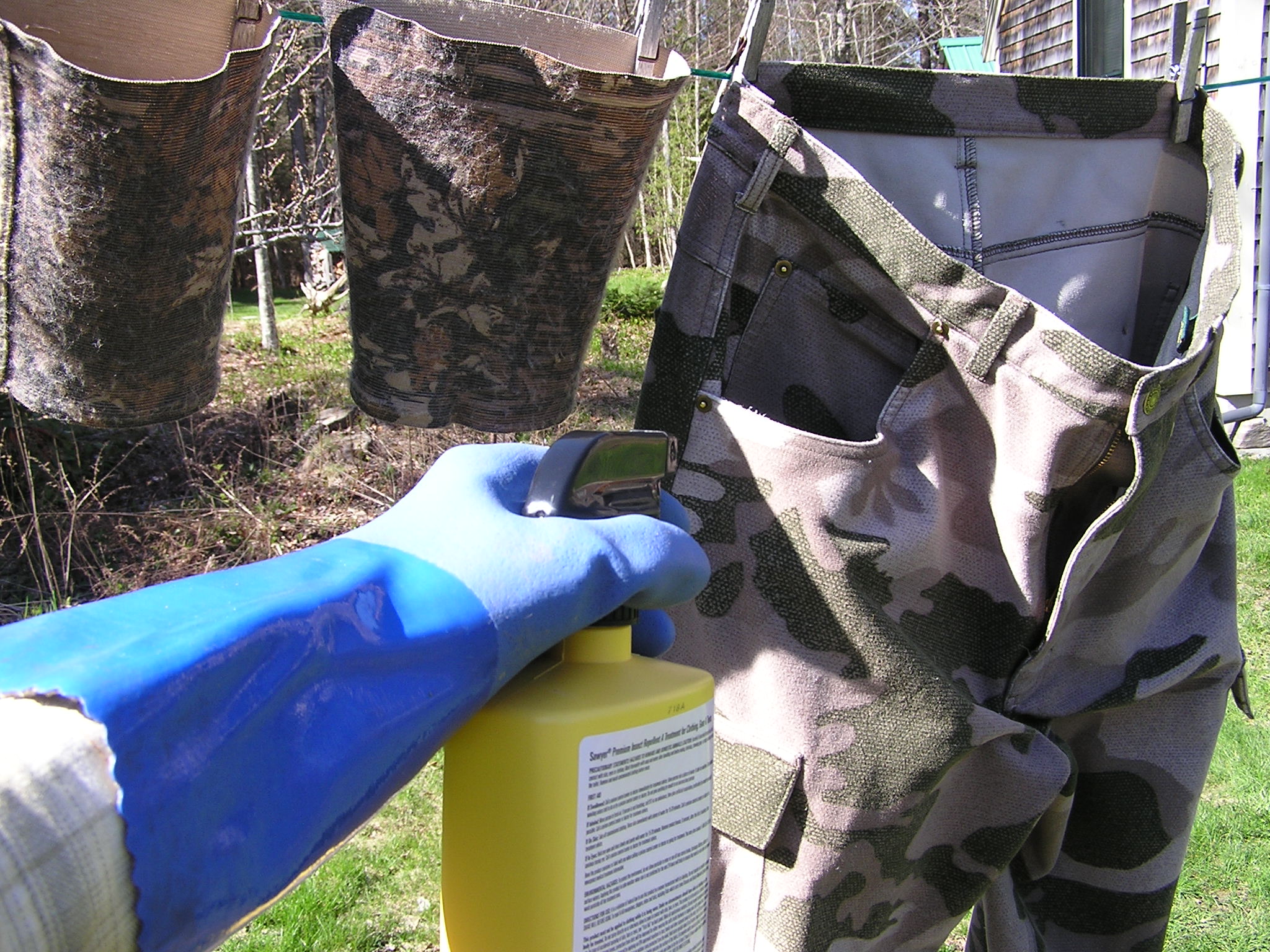 You can buy clothing pre-treated with permethrin that are supposed to last up to 70 washings, but most of the options are summer-weight fabric and would not be suitable for the majority of hunting situations.  An exception to consider would be pre-treated tick gaiters and socks.

There is also a version of odorless permethrin that is designed for soaking clothes. I have not used that system, but it is used by the US Army and is reported to be very effective.

No matter what system you use, take a shower when you get home, do a tick check (a hand-held mirror is necessary if you do this solo), and hang your clothes outside or run them through a hot dryer cycle.

I’ve used permethrin spray as described above for over ten years and have not had one attached tick, and in addition to hunting and hiking I work in the woods as a forester in southern Maine where tick numbers are high and most of the tick-bone diseases are present. I don’t like using chemicals, but treating my clothes with permethrin is very effective and far better than the potential consequences of a tick bite.

Thanks to my wife Tulle Frazer for her research on tick biology and diseases.

share on
See other posts related to issues news New England
Get the latest news and stories, right to your inbox.
Search
Local Chapters