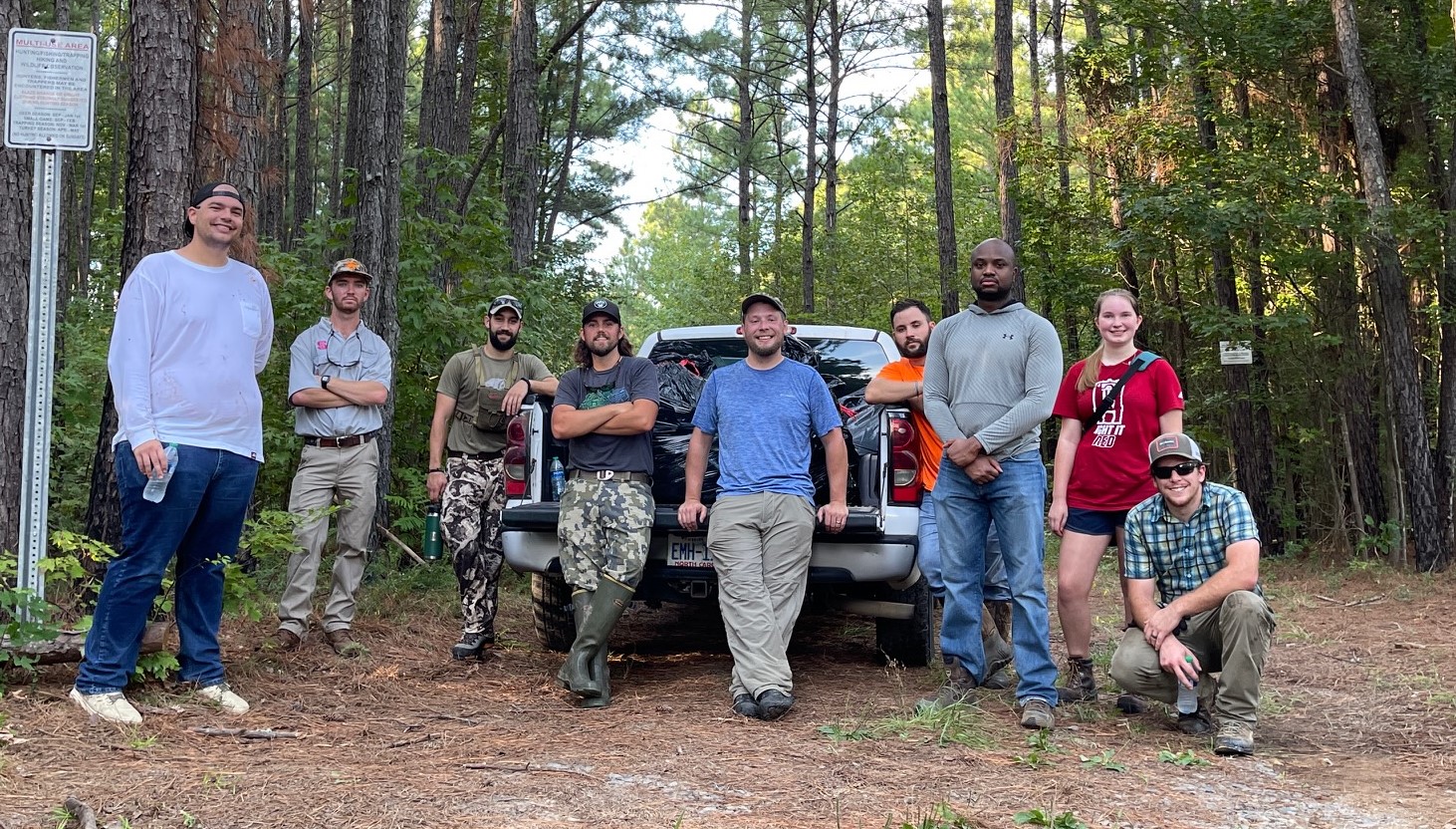 The event started out with four local mentors, two of which were from Opportunity Outdoors, demonstrating various methods of tree stand use.  They covered topics such as legality, safety, preferred methods and gear, and tree selection.  As a bonus, they even discussed some options for ground hunting. 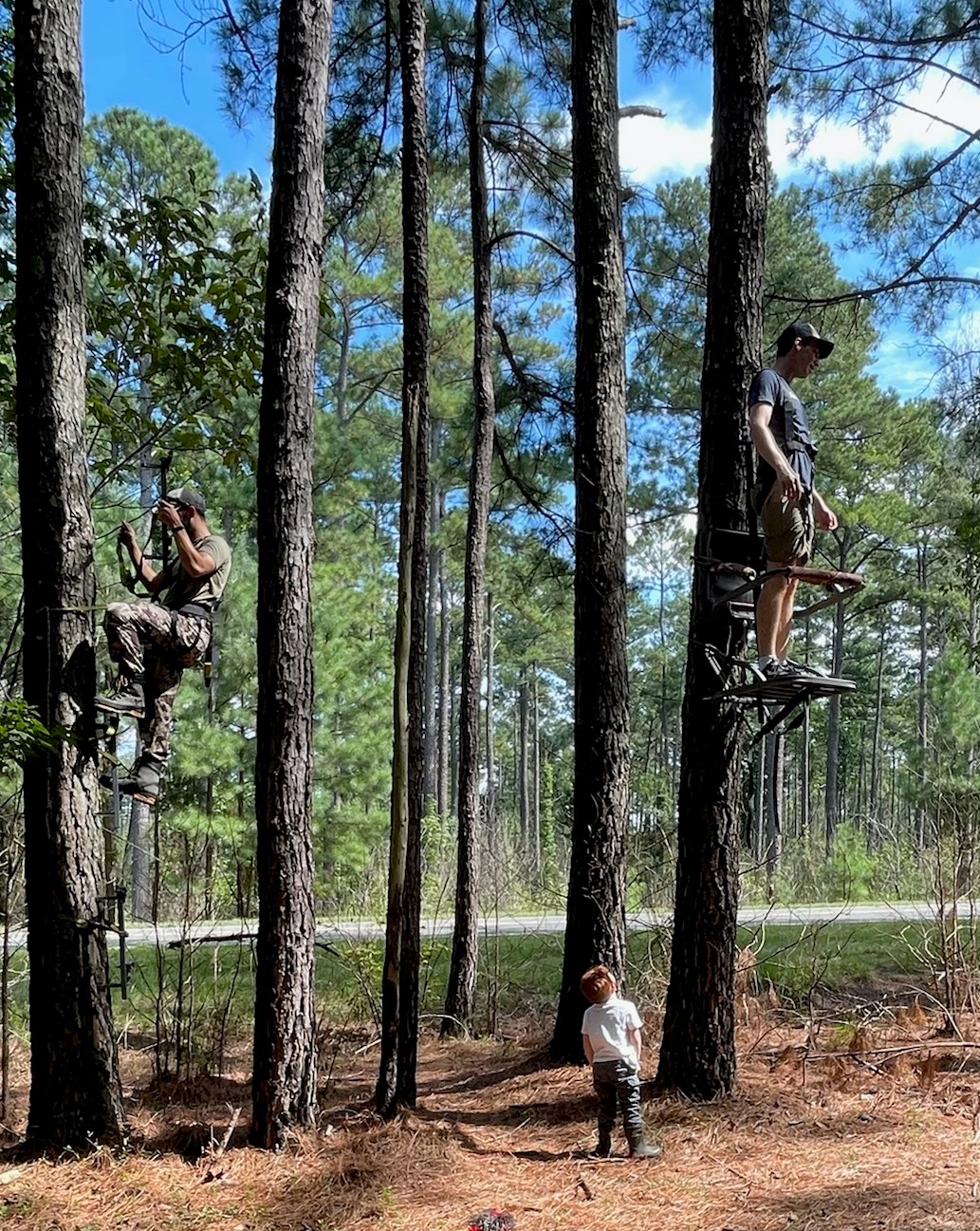 After the tree stand demo, the volunteers broke up into three teams each with a mentor assigned.  As the teams walked through the woods collecting trash, the mentors explained finding deer sign, playing wind directions, and habitat.  These discussions brought the groups to the edge of Jordan Lake, which was littered with trash.  There was so much there one member even hiked back to the truck to get more bags!  Even that wasn’t enough to gather everything that had washed up over the years, and the location was marked on OnX for future trash pickups.

As the event drew to an end, the three teams merged back together near the lakes edge and collected all the full bags of trash that were left along the way.  This proved to be more of a burden than the groups realized, as everyone was almost a mile back into the woods.  This was where the real work started as the volunteers undertook the hike in 90-degree heat with heavy contractor trash bags. 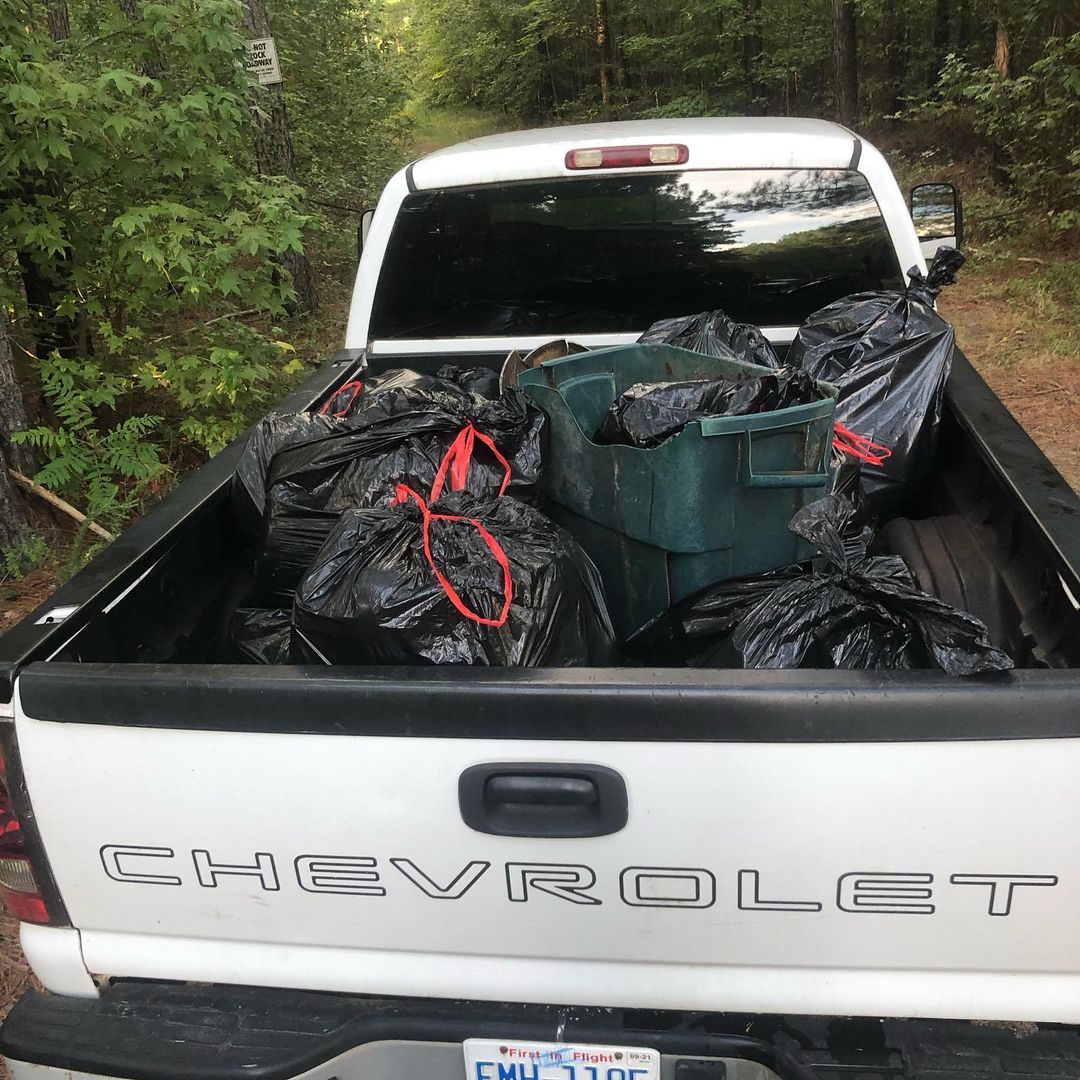 All said and done, the group collected 15 big bags of trash and one large item (a raggedy busted up trash can that had been shot more than once, but equally full of trash).  North Carolina State BHA is extremely happy with the turnout and trash collected.  Thanks again to Opportunity Outdoors for a great demonstration.  And thank you to all the NC Chapter members who attended.  This was an event that would not have been nearly as awesome without y’all!

Keep up with our coming events on Instagram @bha_of_ncstate!

About Phillip Widener
share on
See other posts related to collegiate program North Carolina BHA
Get the latest news and stories, right to your inbox.
Search
Local Chapters