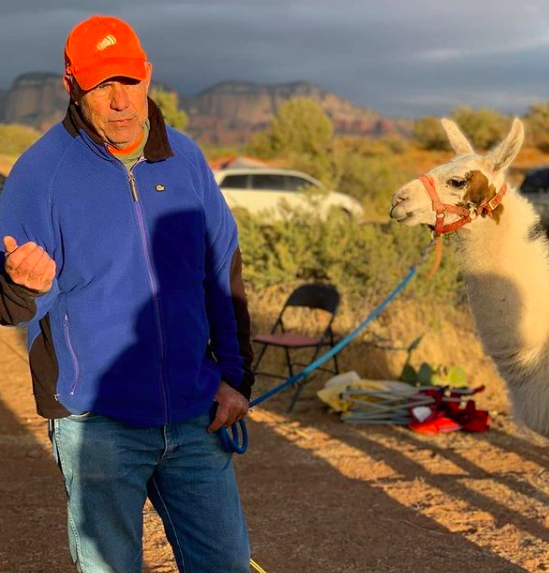 Is sustainability an overused word? Maybe; but it is a critical concept in the hunting and fishing world. From November 6th to November 8th BHA’s Arizona Chapter and the Northern Arizona University (NAU) BHA Collegiate Club sponsored a Hunting for Sustainability (H4S) workshop for new hunters.  After working on firearm safety and practicing our shotgunning skills at the Northern Arizona Shooting Range, we headed to our camp on the Coconino National Forest near Sedona, Arizona to hunt quail and rabbits. Our beautiful red-rock surroundings on amazing public land, set the backdrop for a fun weekend dedicated to the sustainable nature of hunting. The H4S workshop was all about sustainability—sustaining hunting, traditions, wildlife, food sources, partnerships, and our public lands.

Sustaining hunting is a top priority of BHA and most hunting conservation organizations. Collectively, referred to as R3, there is a national movement to Recruit, Retain, and Reactivate hunters. Our H4S workshop brought together experienced hunters with new hunters—some of which were NAU students.  Mentors from BHA, The Valley of the Sun Chapter of Quail Forever, and Arizona Game and Fish Department (AZGFD) had a blast (pun intended) working with a diverse group of participants.

Native American Hopi Elder, EJ Satala, discussed some traditional methods of hunting rabbits; including making rabbit throwing sticks out of greasewood. His stories of boyhood hunts were fun to hear and made us dream about his ancestors who once occupied the land where we were camping and hunting. EJ also emphasized how traditions are sustained among Hopi youth through language and storytelling. When we sustain hunting traditions and cultures, not only wildlife, but we, as humans, clearly benefit.

Wade Zarlingo of the Arizona Game and Fish Department sustains his family’s traditions through the use of pack llamas. Wade’s father started using pack llamas as he aged so that he could continue hunting big game. The llamas were a welcome addition to camp. Our pointing dogs weren’t quite sure what to think—often striking nice points; but ones that markedly differed from pointing a covey of quail. Wade aptly demonstrated how llamas facilitate a hunt. No, he wasn’t packing out the hefty quail we shot; but showed us how they could be used as pack animals on big game hunts. 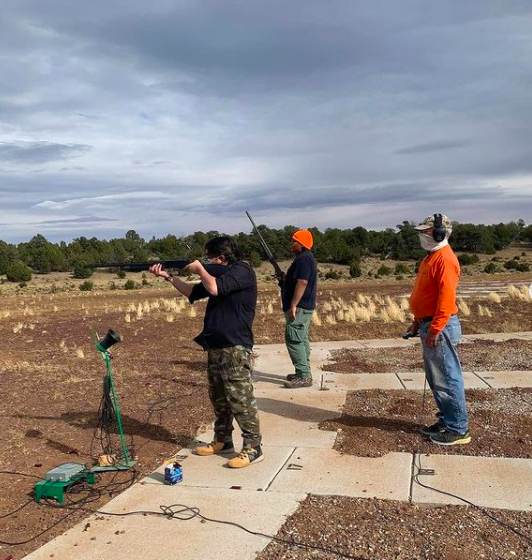 Through interactions with Officer Erin Brown from the AZGFD, participants in the H4S workshop began to understand how the North American Model of Wildlife Conservation funds conservation and sustains wildlife. Wildlife is a public resource, managed by government agencies through science for all to enjoy. Discussions about differences in managing big and small game were presented by Erin and Johnathon O’Dell (also of AZFGD). Lively discussions, with real-world examples, brought concern to the group about common citations and poaching. The funding of wildlife management also was emphasized—as was ethics and fair chase—helping to sustain hunting into the future.

Our ammunition was also sustainable, thanks to a donation of non-toxic shotshells from Boss Shotshells. The value and efficacy of using non-lead—even for upland birds and rabbits—was much appreciated—important in sustaining a variety of wildlife. A wounded bird or a jackrabbit gut pile full of lead shot, for instance, can have dire consequences to a beautiful red tail hawk. As a follow up to the H4S workshop, Chris Parish of the Peregrine Fund, will be hosting a virtual pint night on December 18th (link??).

Providing sustenance, wild game served to fill our bellies. Meals included pronghorn and jackrabbit tacos, and Coues deer spaghetti with Coues deer pate for apps—all harvested on our public lands. Johnathon O’Dell’s cooking demo took place under a canopy to buffer the sustained wind, cold, and drizzle. Participants wrapped in jackets, hats, and even sleeping bags attentively listened to the masterful, and often theatrical, O’Dell prepare a few Gambel’s quail in a creamy, garlicy, spicy sauce for us to sample. 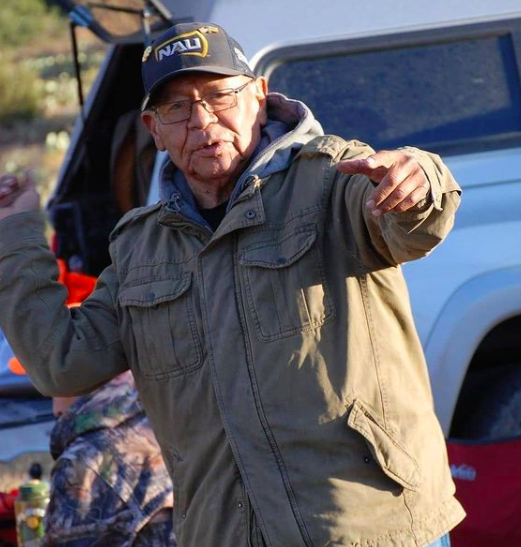 A significant aspect to our H4S workshop was to develop and sustain partnerships among a variety of organizations with similar goals but often different missions. Sustaining the recruitment, retention, and reactivation of hunters was paramount. The various objectives and missions of BHA, Quail Forever, Boss Shotshells, Northern Arizona Shooting Range, and AZGFD differ, but ultimately coalesce around the concern for conservation. Quail Forever’s Pat Moore and Jessie Warner and those of us from BHA agreed that we need to continue to sustain these partnerships with on-the-ground projects—working together to improve public lands, habitat, and wildlife. We emphasized the value of supporting a variety of conservation organizations through memberships and participation. If you hunt a species, join an organization aimed at conserving that species! With budding conservationists and supporting conservation organizations in mind, participants were given memberships to BHA and Quail Forever.

Besides talking about how hunting sustains wildlife, we actually did hunt! We broke up into teams—typically one mentor per hunter. BHA mentors included Don Haven, Justin Nelson, Jack Wilson, Michael Cravens, and myself. Pat Moore and Jessie Warner of Quail Forever and Wade Zarlingo and Johnathon O’Dell (AZGFD) rounded out our mentors. Many mentors had bird dogs and Pat Moore demonstrated how to hunt with bird dogs prior to us heading out. Most participants were amazed at how hard the dogs worked and the results of those fine noses. We had morning and afternoon hunts and switched up mentors and mentees for each hunt. As predicted, plenty of quail coveys were busted up—some even a few minutes’ walk from camp. Everyone got excited at the explosive flush and the distinctive whir of wings. That special sound got into all of our hearts. Shots were fired but not many quail fell. Yet, we did end up with enough for a few meals and a furry cottontail rabbit was a sweet bonus.

Ok, so I’ve purposely not used my thesaurus and overused the word sustain; the point is that the weekend was totally about Hunting for Sustainability—sustaining the so many diverse aspects of hunting. We all agreed that we will be hunting in the future so that we can continue to sustain our new friendships!

Wolf, an active user of public lands since he can remember, feels it is important to use his time and energy to protect these special landscapes and the wildlife and cultural resources they hold. AZ Board Member. Collegiate Club Advisory Board.

share on
See other posts related to arizona bha arizona news collegiate program
Get the latest news and stories, right to your inbox.
Search
Local Chapters