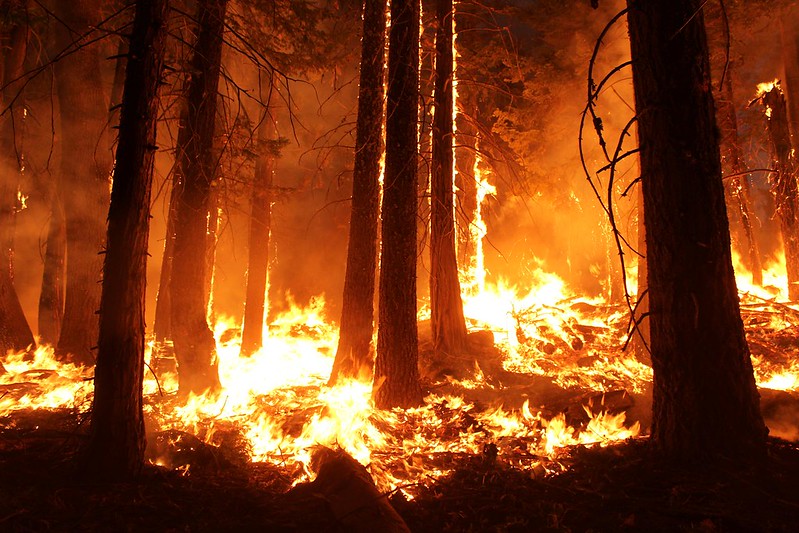 Sierra Pacific Industries (SPI) is a forest products company that owns 2.3 million acres of land across California, Oregon and Washington. They are the largest private land owner in California and after a recent acquisition of 175,000 acres of land in Oregon owned by the Seneca Jones Timber Company, they are now the largest private landowner in the nation. Until 2019, SPI had allowed for public access to their lands for hunting, hiking, fishing and cross-country skiing. However, citing prolonged drought and increased risk of wildfire, SPI has closed their lands to public access for the past three years with this year's closure going into effect on July 1st and no timeline for reopening.

“Despite some of the late spring rains, California is experiencing the driest conditions it has had in 1,200 years,” said Sierra Pacific spokesperson Andrea Howell on Monday. “This closure will remain in effect until further notice. Public roads that are on SPI forestlands will remain open, but no walk-in access will be allowed.” The state is currently under drought emergency orders, with January, February and March being the driest months on record in 100 years, according to state officials.

The company's California holdings span from forests near Lake Shasta, the towns of Burney and Quincy, and South toward forests outside of Lake Tahoe and Sonora. Many hunters in the golden state have benefited from SPI's generous policy towards public access and are now feeling the pressure as more and more hunting land is being lost to development, burdensome protections or restricted access.

According to reporting from the LA Times, Issac Sanchez, battalion chief for Cal Fire predicts that as summer goes on, Californians are likely to see publicly owned forests follow suit with additional closures. “The window for these types of events is certainly widening,” Sanchez said. “Fires are starting earlier and lasting longer, and we can expect to see these kind of restrictions follow that trend.”

SPI closures enacted in 2020 and 2021 were followed shortly thereafter by Region 5 Forest Service closures of all 18 national forests in California during deer, elk, pronghorn and bighorn sheep hunting seasons. Recognizing the unfortunate position of many hunters who had waited years or decades to draw sought-after tags, the California Fish & Game Commission recently approved a policy to reinstate preference points and to refund some tags that were impacted by the closures.

Additionally, the California Department of Fish & Wildlife (CDFW) is evaluating the possibility of moving some hunting seasons back later in the year to avoid peak the fire season. This is potentially controversial as California's deer hunting season is uncharacteristically early compared to other states. The earlier season dates in many zones allow more deer tags (2 per hunter) and more deer hunters in the field since it is outside of the rut (breeding season) which equates to a lower success rate and lower harvest numbers. If the CDFW were to move season dates back, it is very likely that tag quotas and opportunity rates may go down to account for the increased harvest.

With A zone archery deer seasons set to open in less than two weeks, many deer hunters are anxiously awaiting any word from the Region 5 Forest Service about the public lands that they have devoted so much time and energy into scouting and exploring in search of the elusive California black tail or mule deer that they hope will fill their freezer this Winter.