My Home Water, The River That Caught On Fire

There aren’t many universal truths that stand the test of time, but I’ve got one.

This will be my 4thseason that I call the Cuyahoga River my home water. I live between Akron and Cleveland, a wilderness paradise very similar to the Frank Church. I’m less than 10 minutes from the Cuyahoga and a mile from one of its main tributaries, Yellow Creek. I fish a lot and I’ve found great wadeable stretches throughout the Cuyahoga Valley National Park, Ohio’s only National Park, and county and city metroparks from Lake Erie to Kent State University. 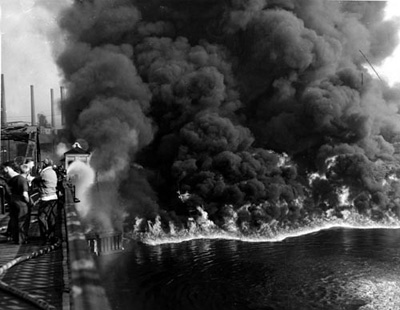 Unless I’m with someone who wants to go elsewhere, or I have a hankering for some panfish, when I fish I fish the Cuyahoga most days.

I also travel for work quite a bit, and depending on the trip, pack a tenkara rod or 5wt when I can. So, I find some water, go to local fly shops, talk fishing, meet strangers on the water, crash BHA Pint Nights, all to prevent me from watching HBO and eating $14 cashews in my hotel room all night.

My universal truth? Immediately following my admission that my home water is the Cuyahoga River, the legendary fire mouthed monster that meanders through a city most people have never visited and that few plan to, I’m presented with the following questions without fail:

The answer is always a no, with a smile.

The exchange usually leads to a few minutes talking about fishing and conservation, the Clean Water Act and some very surprised looks.

It’s a great river to fish. It has a little bit of everything for every type of angler. If you find the right spot on the bank and throw on a chicken liver, you can sit all night and catch a few catfish and a bowfin on occasion. For the carp enthusiast, both the common and quillback are readily available, and can develop into an addiction if you’re chasing them on the fly.

June 22nd marks 50 years since the Cuyahoga River was on fire. It was only on fire for 20 minutes by most estimates I’ve read. The timing couldn’t have been any better.

Certain times of the year if you work really hard, especially in May, you might be lucky enough to catch a steelhead, northern pike, and smallmouth all in the same day: what should be coined the Crooked River Grand Slam. Full Disclosure: I have never done this.

Perch, Rock Bass, Suckers, Bluegill, Largemouth, Sheepshead – the list is pretty long. Every outing you can expect a surprise – which makes for a great day. 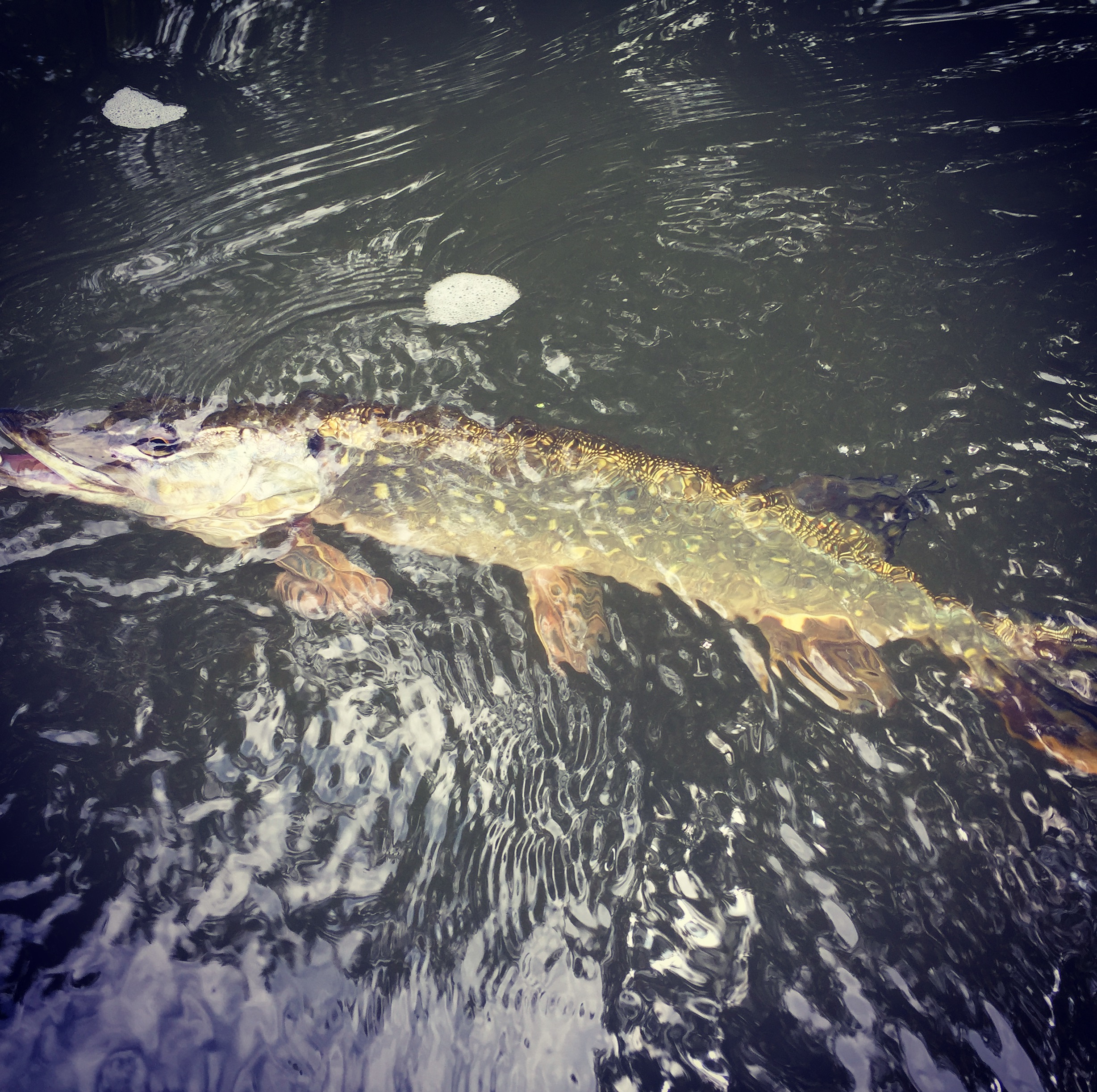 This usually astonishes people. I pull out my phone and show a few pics of pike and steelhead to prove I’m not a complete liar. This leads to some back and forth, and some great stories. I really do love to talk about fishing.

Gears start to shift a little bit, I put my BHA hat on, figuratively of course, since I already have an actual BHA hat on – and we talk about what the fish I catch, and the sustaining joy I receive from this river, actually means.

June 22ndmarks 50 years since the Cuyahoga River was on fire. It was only on fire for 20 minutes by most estimates I’ve read. The timing couldn’t have been any better. The burgeoning environmental movement needed a poster child, and a river so dirty from industrial and residential pollution that it literally caught on fire was just the ticket. The first Earth Day followed 9 months later, the EPA was created and the Clean Water Act was passed in 1972. There are plenty of folks who’ve written about this over the years. A book I’d recommend is David Stradling’s Where the River Burned: Carl Stokes and the Struggle to Save Cleveland.

The river is the backbone for outdoor recreation in the area.

50 years later, the Cuyahoga River is a great example of what regulations and people can do to reverse the mistakes and missteps we’ve made. The EPA announced just this year that fish can now be consumed from the river. The Cuyahoga received the “River of the Year” award from American Rivers, a non-profit focused on protecting our nations waterways. You can find myself, and plenty of other anglers, hip deep having fun and catching fish.

The river is the backbone for outdoor recreation in the area. It is bustling with kayakers through the Cuyahoga Valley. There are guides running pike trips on certain stretches closer to Akron. The BHA crew is planning a kayak brewery tour at the end of the summer!

Most people who aren’t retired don’t know how any of this happened, and I love telling the story. 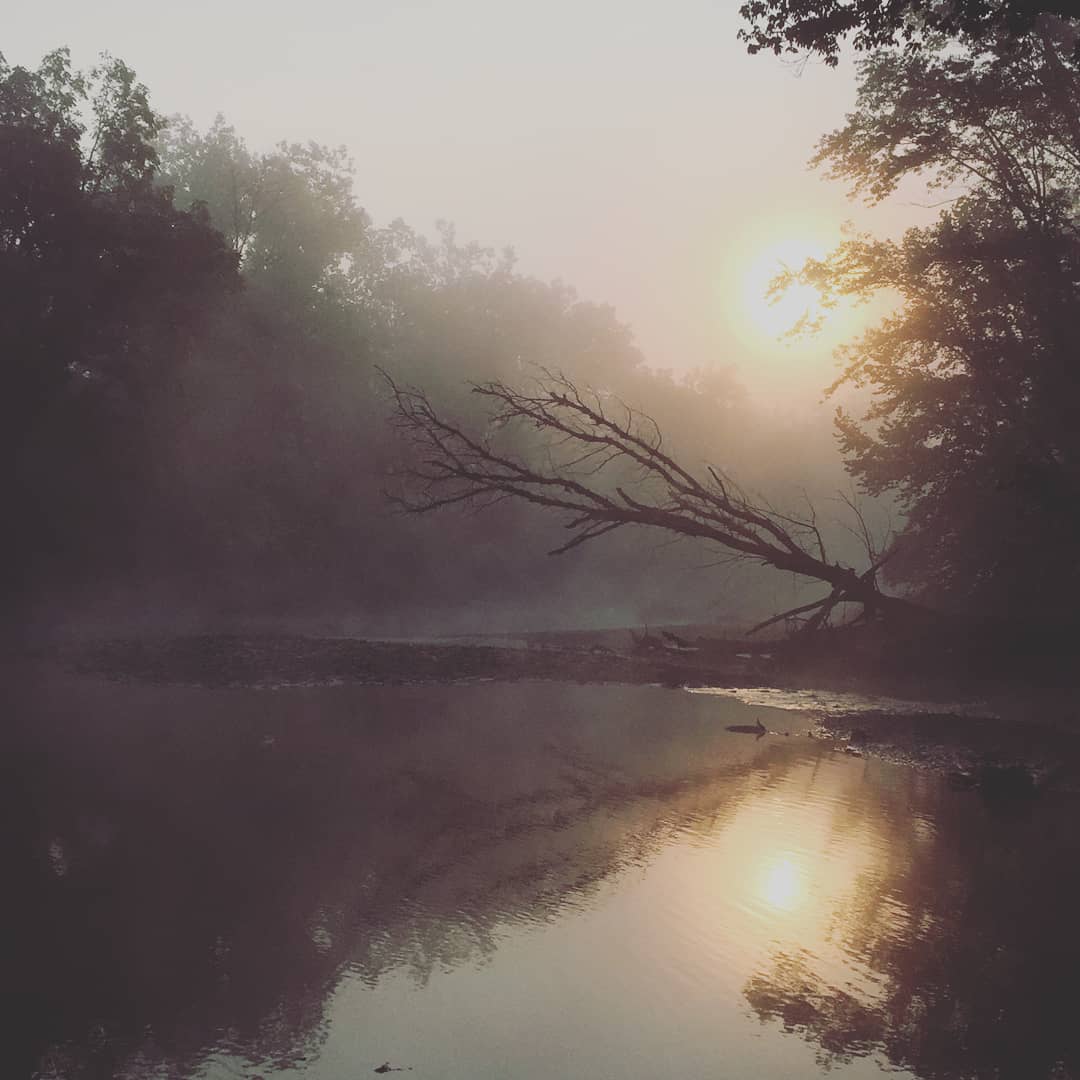 In some way, the Cuyahoga and its long gone flames can take a little credit for the enjoyment every American gets from their time on and in the water, in the shower and at the faucet.

Those simple things we have grown accustomed to are still being threatened via constant deregulation efforts and rolling back of protections. BHA strongly opposed the current administration’s proposal to rollback protections of nearly 50% of America’s wetlands and continues to advocate for a strong Clean Water Act. The comment period on this proposal ended on April 15th and the administration is to review the 400,000 comments they received and make necessary edits to the proposal before finalizing and publishing the final rule. I’d encourage you to monitor this closely and to get involved when you can. I don’t want to catch fire while fishing my home waters. That would be terrible.

Nathan Voris is an Ohio BHA board member, and a life member of Backcountry Hunters & Anglers.

share on
See other posts related to the campfire Ohio News
Get the latest news and stories, right to your inbox.
Search
Local Chapters