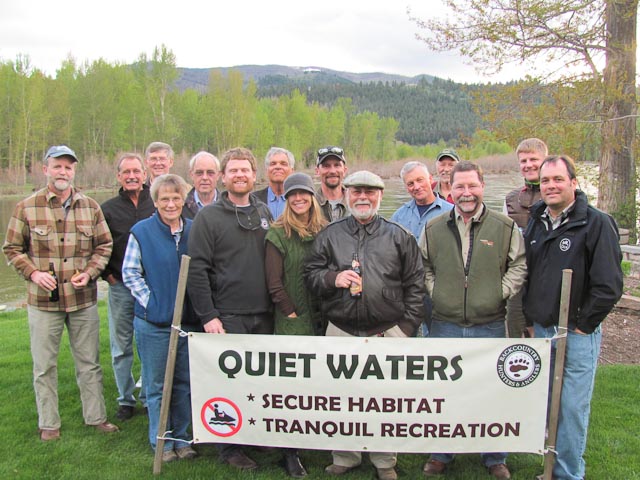 Nearly 30 people attended, most of whom played a part in achieving Quiet River success. Special recognition was given to many who played key roles, including Pat Saffel, Montana Department Fish Wildlife and Parks biologist who agreed to initiate action to regulate motorized use. New rules now exclude motorized use on the entire Bitterroot River except for small motors during the duck season.

The Clark Fork above Kelly Island is closed to all motorized craft and below Kelly Island motor use is open during a 6 week spring window and for small motors during fall duck season.