During April 1905, President Theodore Roosevelt embarked on a month-long hunting trip up Divide Creek near Silt.[1] TR described the region as “a great, wild country … where the mountains crowded together in chain, peak, and tableland.”[2] Roosevelt knew that Colorado is blessed with an abundance of wildlands that support a smorgasbord of big game and other wildlife. From elk to antelope, mule deer, bear, waterfowl and turkeys. 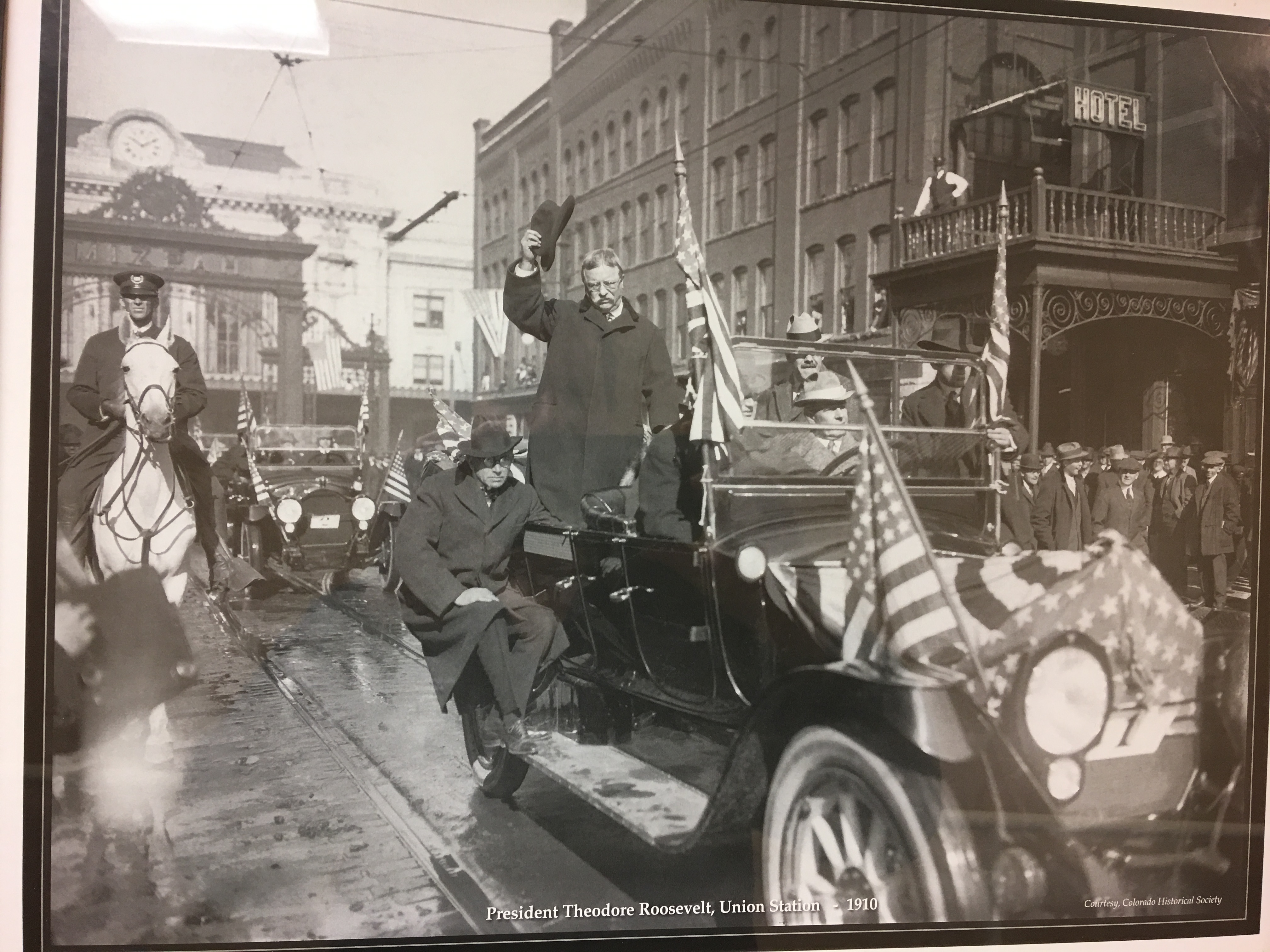 Merriam’s turkeys are native to the pine forests of the Rocky Mountains in Colorado, Arizona and New Mexico, but have been introduced to Montana, Nebraska, Washington, Oregon, California and other states.[3] Merriam’s were named in honor of C. Hart Merriam, the first chief of the U.S. Biological Service.[4]

When I first started hunting Merriam’s in southwest Colorado’s San Juan Mountains, the strategy and tactics seemed akin to playing chess. During some of these early hunts, odds of putting meat in the freezer may have mirrored my long odds of winning a chess match, but as Jim Carey said in Dumb and Dumber, that meant I had a chance.

Understanding springtime turkey behavior is the first move. In the 2019 issue of StalkHuntingGuide.com, Traditional Bowhunter magazine co-editor, E. Donnall Thomas Jr., covers some turkey hunting basics. “In the spring, turkey often follow the receding snowline uphill in search of food,” he wrote. “They form loose flocks consisting of a dominant gobbler, a dozen or more hens, and a variable number of ‘satellite’ gobblers.”[5] 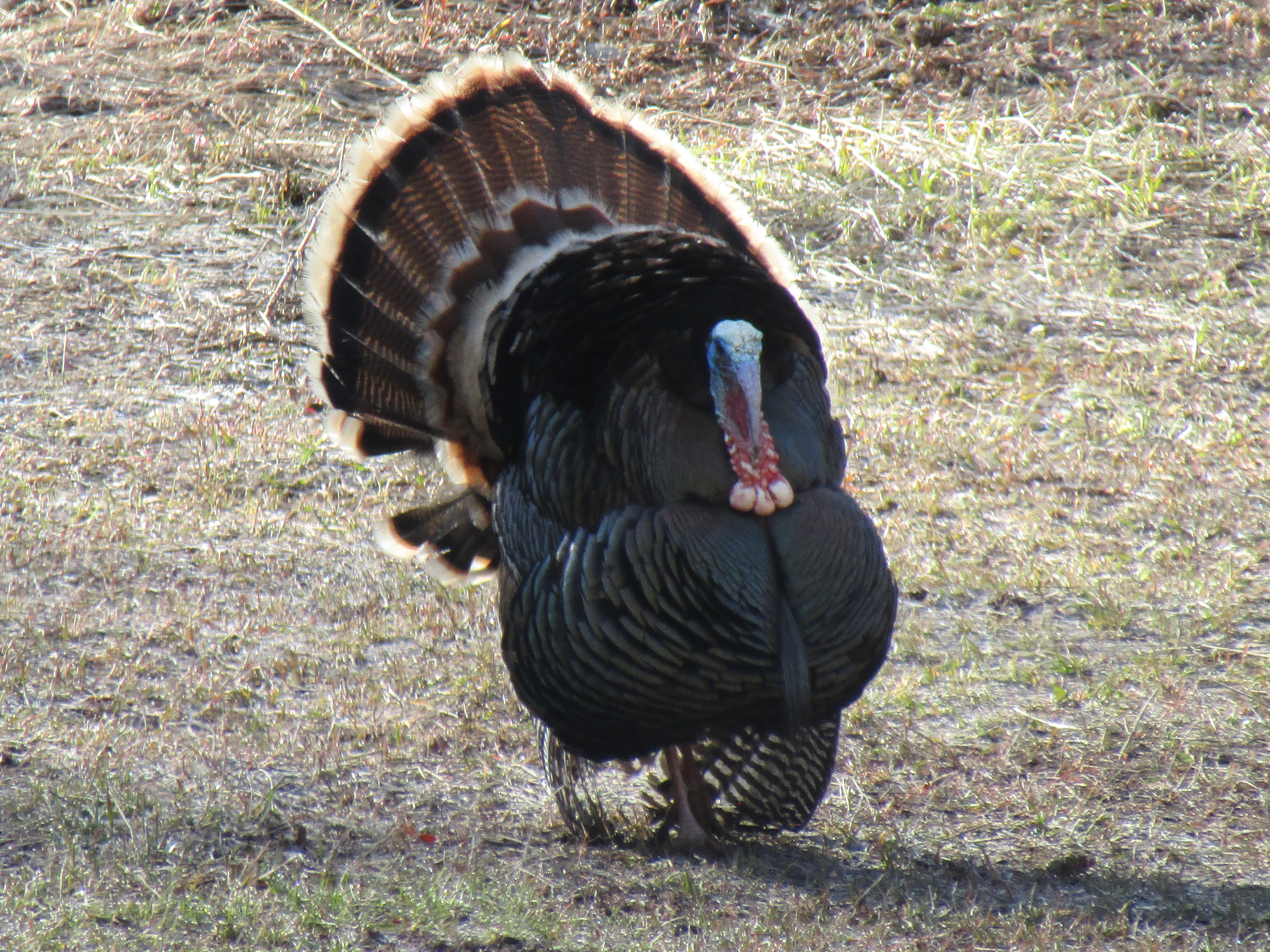 “They often call vigorously from their roost trees before flying down around first light,” Don added. “Naturally, hens move toward gobbler calls rather than the other way around. A gobbler’s response to calling can vary from ignoring it to approaching on a run. The more hens near the gobbler, the less likely an immediate response.”[6]

Learning to call is a prerequisite for engaging in springtime turkey hunting, but having a mentor shortens the curve. Luckily, one of my turkey hunting mentors was David “Elkheart” Petersen, a former U.S. Marine Corps helicopter pilot and founder of the first Backcountry Hunters & Anglers state chapter, here in Colorado.[7]

“Think of turkeys as whitetails that can’t smell and you’ll be in the right mood,” he said.[8] “Their hearing and vision are superb, and they’re exceedingly spooky and wary. Basically, we’ll try to get close to a gobbling tom at daylight and call him in. Failing that, we’ll wander around to likely spots, set up, and call for a while. Generally we’ll back into oakbrush or … sit against a big tree and always in the shade.”[9]

“Roost trees … will have sturdy, open, near-level lower limbs, with a profusion of feathers and droppings decorating the ground below,” David wrote in his book, Going Trad: Out There With Elkheart. “Ponderosa pines along ridges and riparian cottonwoods are much preferred nocturnal perches.”[10] Many turkey hunters roost birds in the evening, then return before sunup, endeavoring to call a tom off the roost.

“Calling is the essence of spring turkey hunting, and reams have been written about the subject,” E. Donnall Thomas Jr. explains. “My advice is twofold: keep it simple and avoid overcalling. Calls come in a variety of forms including box calls … slates, and mouth diaphragms (which are … hands free). All are effective given the right bird and the right situation. Learn one and stick to it. Most turkey calls are meant to imitate hens … At first, learn the yelp and don’t worry about the rest.”[11] 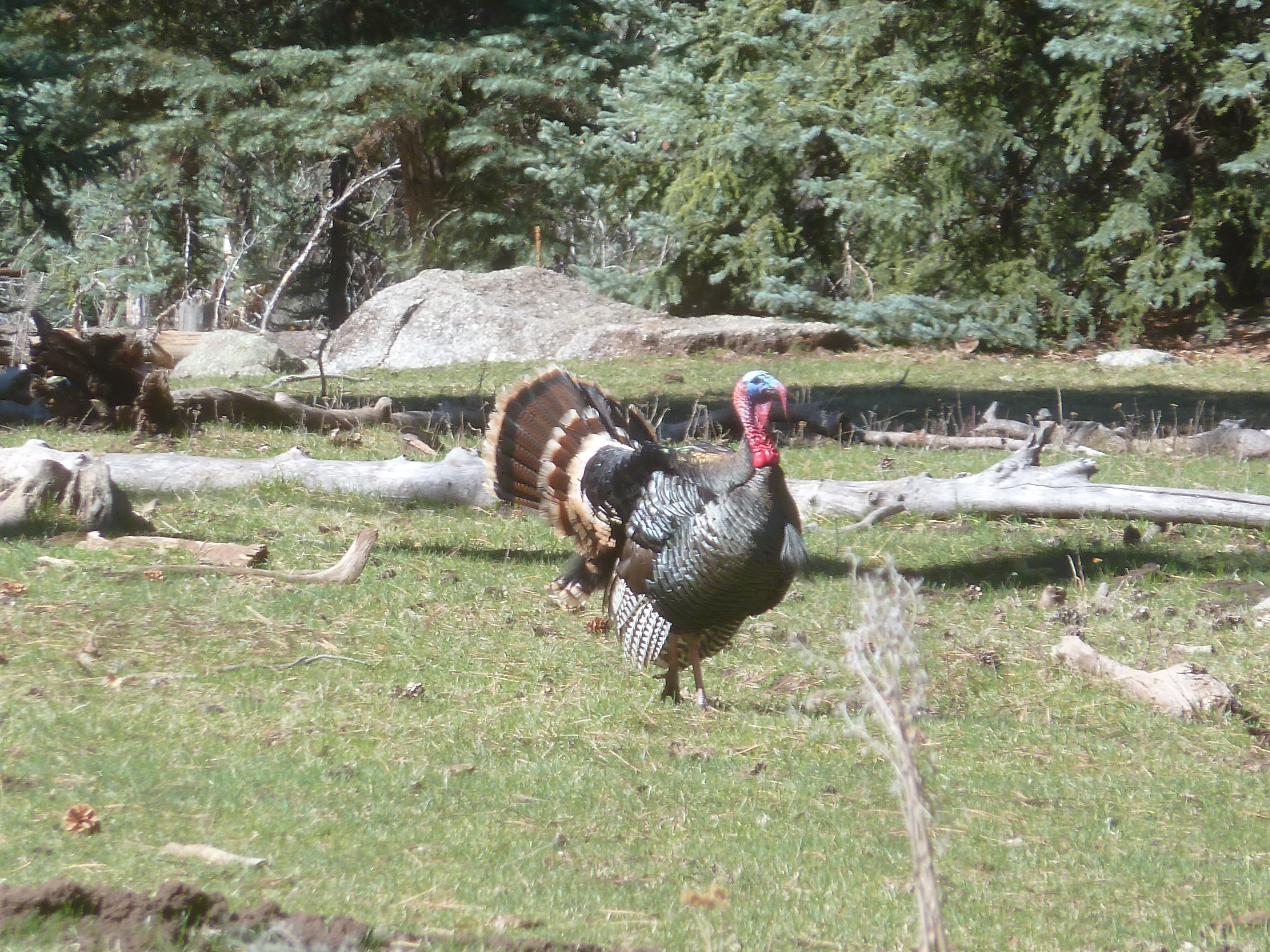 Sometimes toms come in hot—gobbling and at a run. Sometime slow and silent. Sometimes they won’t respond at all. “The best cure for a stuck tom, when possible, is to back off while calling softly, then shut up, circle wide around, and try calling him from the opposite direction,” says David Petersen. “Takes a lot of fast moving, but it works more often than not.”[12]

“Toms like open approach lanes with no obstructions that would prevent them from displaying,” David wrote in Going Trad. “Listen for the Pop! And Whoof! sounds of tail fan spreading and wings opening in display, and for sometimes surprisingly loud footsteps in the forest duff.”[13]

Most turkey hunters use shotguns, aiming for the head and neck, although some (like David Petersen) prefer the challenge of hunting toms with a bow. During 2018, in Minnesota (where I was raised), for example, turkey hunters who went afield armed with bows had about a 15 percent chance of success. Odds for shotgun hunters were around 30 percent.[14]

“While I do most of my bird shooting with a 20-gauge, turkeys are an exception,” says E. Donnall Thomas Jr. “Shoot a full choke 12-gauge and size 2 shot or BBs.”[15] Opinions vary on shotguns and shot size, but a 12-gauge with “Nitro Turkey” 5 shot has worked well for me during recent years.

For over a decade now I’ve had the privilege of playing chess with mountain Merriam’s in southwest Colorado’s high and wild San Juan Mountains, which measure some 120 miles wide and 60 miles from north to south. Hunting this vast expanse of wild public lands is still possible today thanks in large part to the efforts of Theodore Roosevelt. The 1.8-million-acre San Juan National Forest was created by proclamation of President Roosevelt on June 3, 1905.[16] 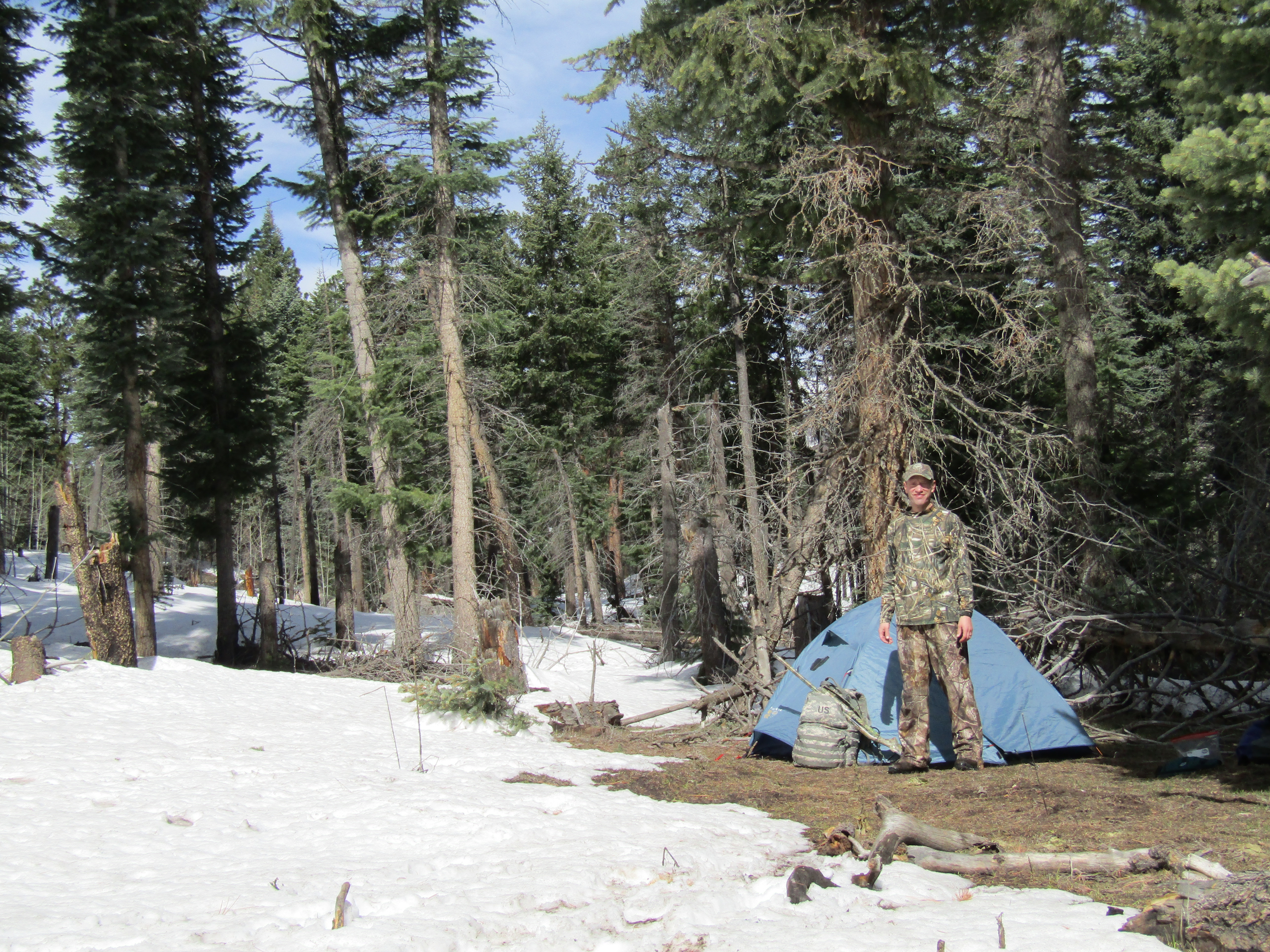 Today the public land Roosevelt protected provides a rich hunting ground every spring and fall. “Probably the single most important American to take to the hunt was Theodore Roosevelt, the 26th President of the United States,” explains Jim Posewitz, in Rifle in Hand: How Wild America Was Saved. “He was the greatest conservationist any society has ever known, and he savored life while spending it, in his words, ‘rifle in hand.’”[17] 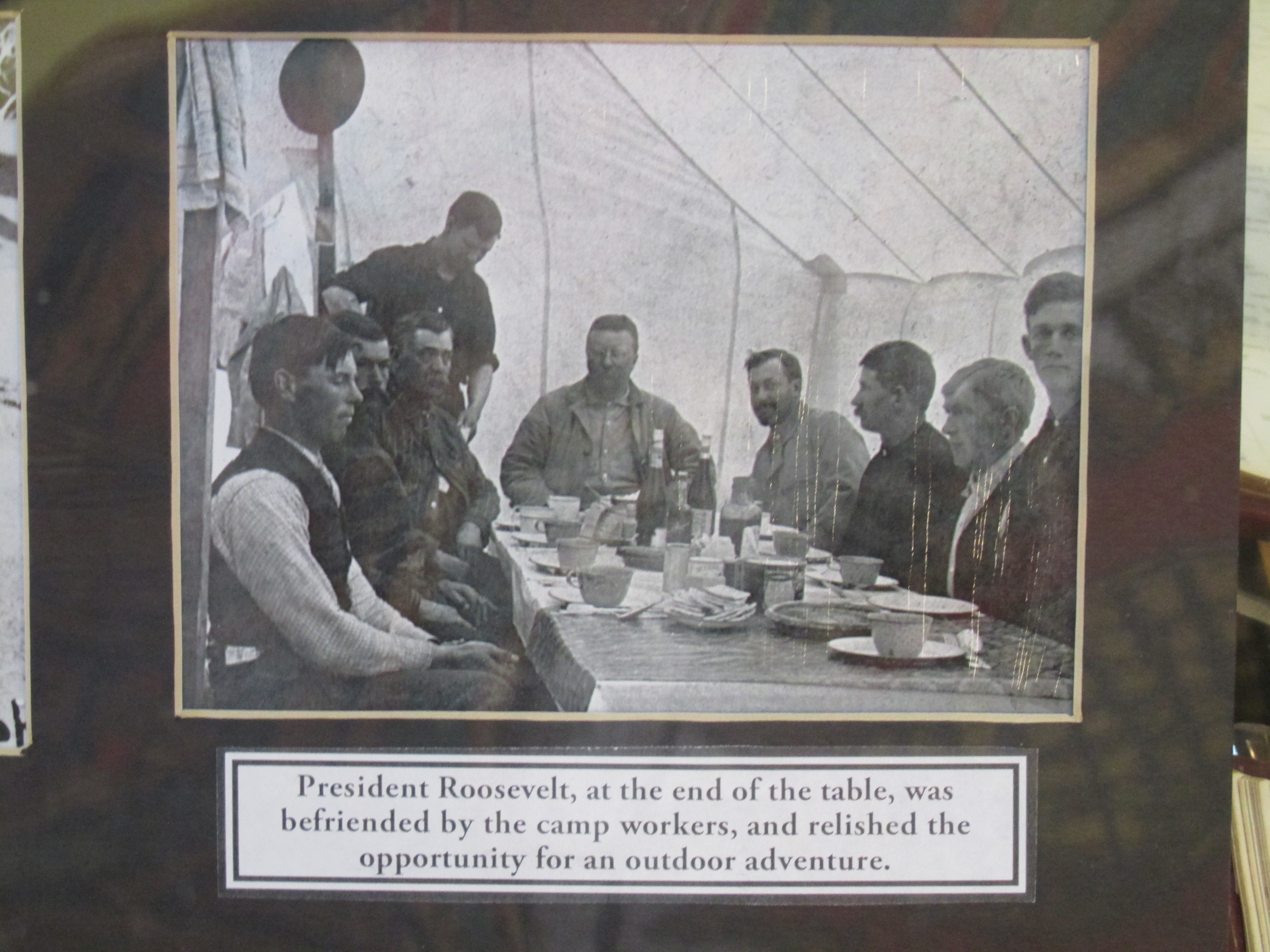 David Lien is a former Air Force officer and co-chairman of the Colorado Backcountry Hunters & Anglers. He’s the author of “Hunting for Experience: Tales of Hunting & Habitat Conservation” and during 2014 was recognized by Field & Stream as a “Hero of Conservation.”[18]

About David Lien
share on
See other posts related to Colorado BHA Colorado News CO News
Get the latest news and stories, right to your inbox.
Search
Local Chapters