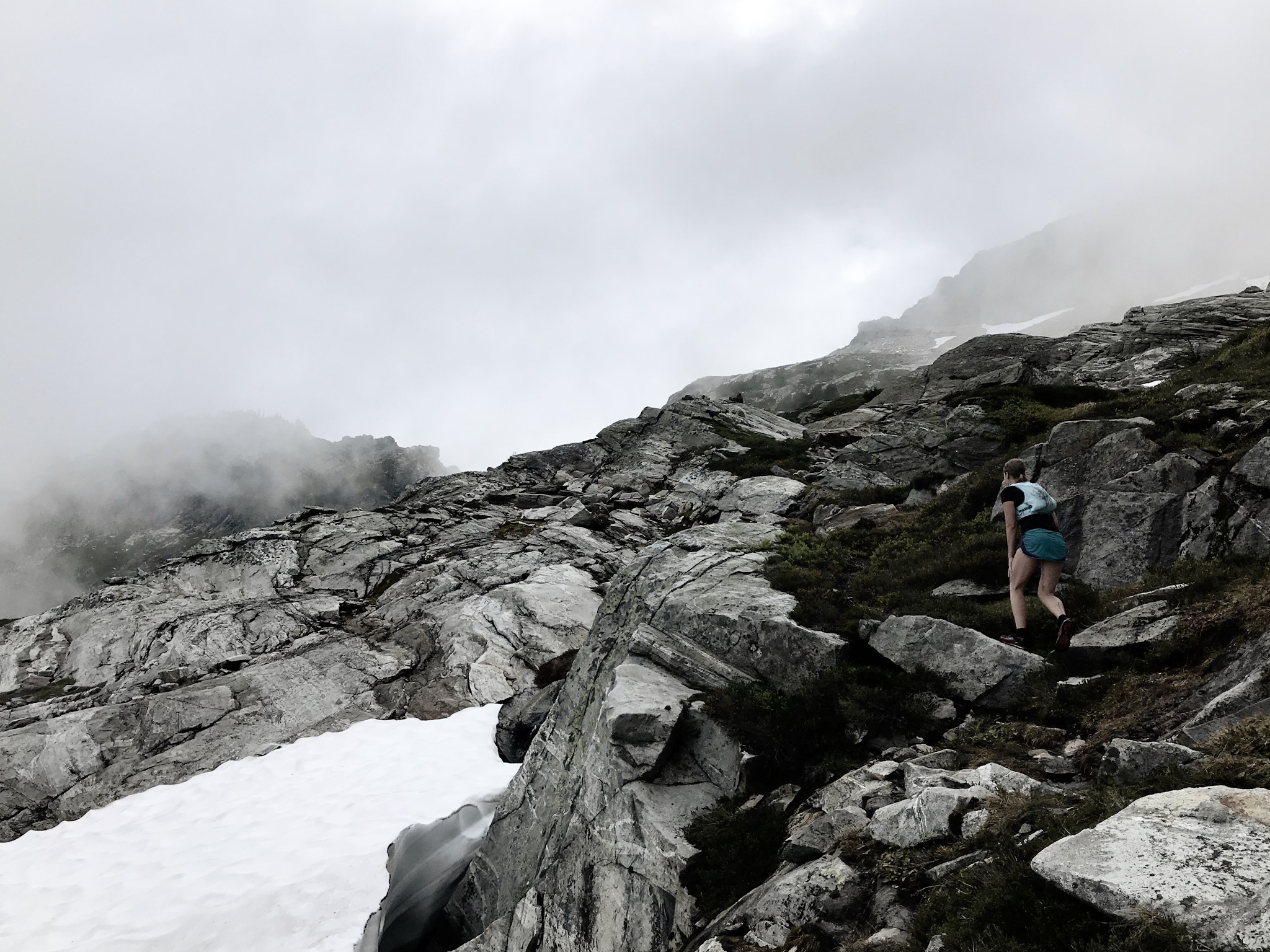 You are a mountain athlete with a purpose, and I am a durability advisor on a mission.

My work over the last decade has been to support my clients – alpinists, special forces, polar explorers, pregnant athletes, ultra-runners and big game hunters – as they move beyond pre-existing constructs of the possible, through the mountains into themselves.

Let’s back up and, first, allow me to describe what execution of an endurance practice requires. There are three main elements: increasing VO₂ max (the amount of oxygen your body can use during exercise), building a wide array of neuromuscular schemas and systematically expanding your body’s ability to integrate stress. Do not underestimate the power of your practice: you’re manipulating your physiology on a mitochondrial level and, if you’re female, you’re even up-leveling your future childrens’ ability to perform endurance tasks with facility. The strategies and systems involved in achieving this is where things get intricate. I’m here to help.

After explicitly coaching my clients toward endurance for eight years, I realized that our work deserved an upgrade. The very concept of endurance promotes the repetition of the destructive mythology I’m about to break down in this article: that to be stronger, go longer or get faster, one must grit their teeth and bear their practices of choice. While I, personally, have developed a fine fascination with suffering, at least 80% of my progress as an athlete has happened in wellness, wholeness and while thriving. Enter the concept of durability for mountain athletes – the exciting idea that our practices can make us both more capable and happier, that we don’t have to hurt to get stronger and that rest is part of the work.

Through my journey as a durability advisor, I’ve noticed a pattern of slip-ups mountain movers – hunters in particular – often fall victim to. Foundational among them is the idea that hunters and anglers often don’t conceive of themselves as athletes. If you like to hunt and fish, you’re an athlete.

Next are the “Four Gremlins of the Durability Apocalypse.” Can you see yourself in this list? I can see 23-year-old me and many of my clients here. Read on for evidence of why they make the list, how to thwart them and resources to support the perpetuity of your food-pursuit activities. 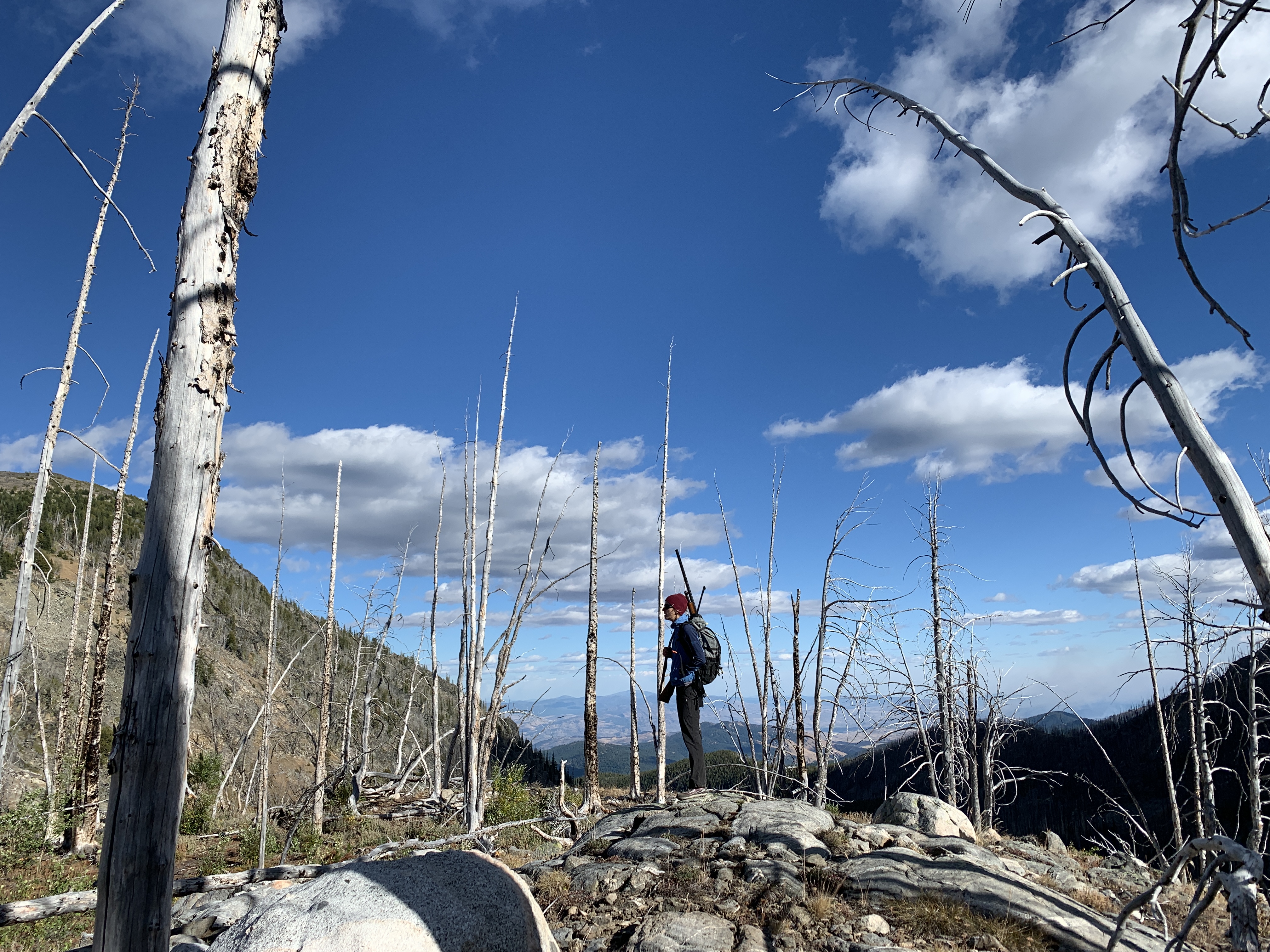 When you choose to use pace as a training metric, you will generally function in a heart rate zone referred to by us coaches as the “black hole of endurance training.” None of us, even the most masochistic, can function much above lactate threshold for extended periods of time on consecutive days. Most of us are also too impatient to put in the work, that feels like it wasn’t work, in the lower heart rate zones – the real endurance sweet spot. This leaves uncoached athletes defaulting to a “fun-hard” pace – and that’s the black hole. This pace, the one most pace-based athletes slot themselves into thinking will make them stronger over time, is too hard to serve as recovery and too easy to support an increase in your lactate threshold. Thus, the black hole.

When you consistently work at too high a heart rate zone during endurance training, your autonomic nervous system becomes activated. This isn’t a good thing when you’re trying to stalk an animal or steady yourself to take a shot, often during many days on end. By performing in a stress response, within the autonomic nervous system, we activate our sympathetic nervous system. When you perform in your SNS, you lose your capacity for empathy, memory recall, learning and critical decision-making; your body consumes the limited stores of glycogen in your organs and other easily-accessible sources before beginning to burn muscle, which eventually leads to ketosis (when we ought to remain in lypolysis during endurance tasks); and extended activation of the SNS can have profound long-term physical and mental health consequences.

A better alternative to pace is to measure your training using climbing grade, elevation gain/loss, distance, duration, watts or time in zone. If you’re conscious of the importance of recovery – and you’re hip to the concept of physiologic barometers – you can also track heart rate variability and time in the various phases of sleep. While pace is nearly always the poorest measurement of training impact, time in zone is the best way to meter your endurance production.

Nested within this strategy is the need for you to train alone much of the time. Given that your level of recovery, phase of training and, ultimately, the appropriate level of output during each session fluctuates from session to session, a training buddy is more likely to cause you to over- or under-train than to support your training – hard but true introvert facts.

Over time, time-in-zone training will result in you getting faster.

The 1+1=2 of durability is this: stimulus + recovery = adaptation.

Sleep, to many hard-charging hunters and anglers, is an inconvenience. However, if you wish to persist in your endeavors well into old age, through pregnancy (if that applies to you) and to do so in tip-top health, you’re well-advised to heed the wisdom of your circadian rhythm. Let’s just say: your advanced situational awareness takes a nosedive when you don’t sleep well enough.

When we sleep, our bodies and minds integrate the challenges we’ve put ourselves through. During slow wave sleep, we rebuild muscles and bones, our immune systems rebuild themselves, and the large majority of human growth hormone is produced during that time. During REM sleep, we repair locomotor, sensory, autonomic and thermoregulatory connections – along with doing our vitally important work of dreaming. Without enough slow wave sleep, we remain in the sympathetic nervous system and in a space of glycolysis – no bueno for endurance. Without REM sleep, we will first become infertile, then we will die. Yikes. Cutting corners on your sleep is the single worst thing you can do for your overall durability. As I like to share with my clients: sleep is the only intervention that works for everyone, every time.

Competition is a form of fear, of insecurity – a flavor of scarcity that drives a person to think they need to steal from someone else in order to feel whole. Here’s the thing: you will never find fulfillment in competition, and it will hamper your ability to move efficiently in the outdoors. Competition is outcome-oriented and by being focused on a moment that is not the present (even while participating in a “race,” you’re still focused on the finish line and the extrinsic motivator of time), you lose touch with reality.

Reality is each moment fully inhabited, observed and soaked in.

Furthermore, competition is great practice for in-group/out-group thinking – and the world could do with less of that. Indeed, even just in anticipation of a competitive event, the body has been found to produce high amounts of chemicals meant to activate your ANS. By stimulating the parts of your brain that react in fear, discerning threat from friend, you unwittingly practice the same heuristics that enable nationalism, “othering,” racism, misogyny and other forms of fear-based, hateful ignorance. The neurology of a competitive mind is one that loses the forest for the trees, loses the bear in the heat of the chase. 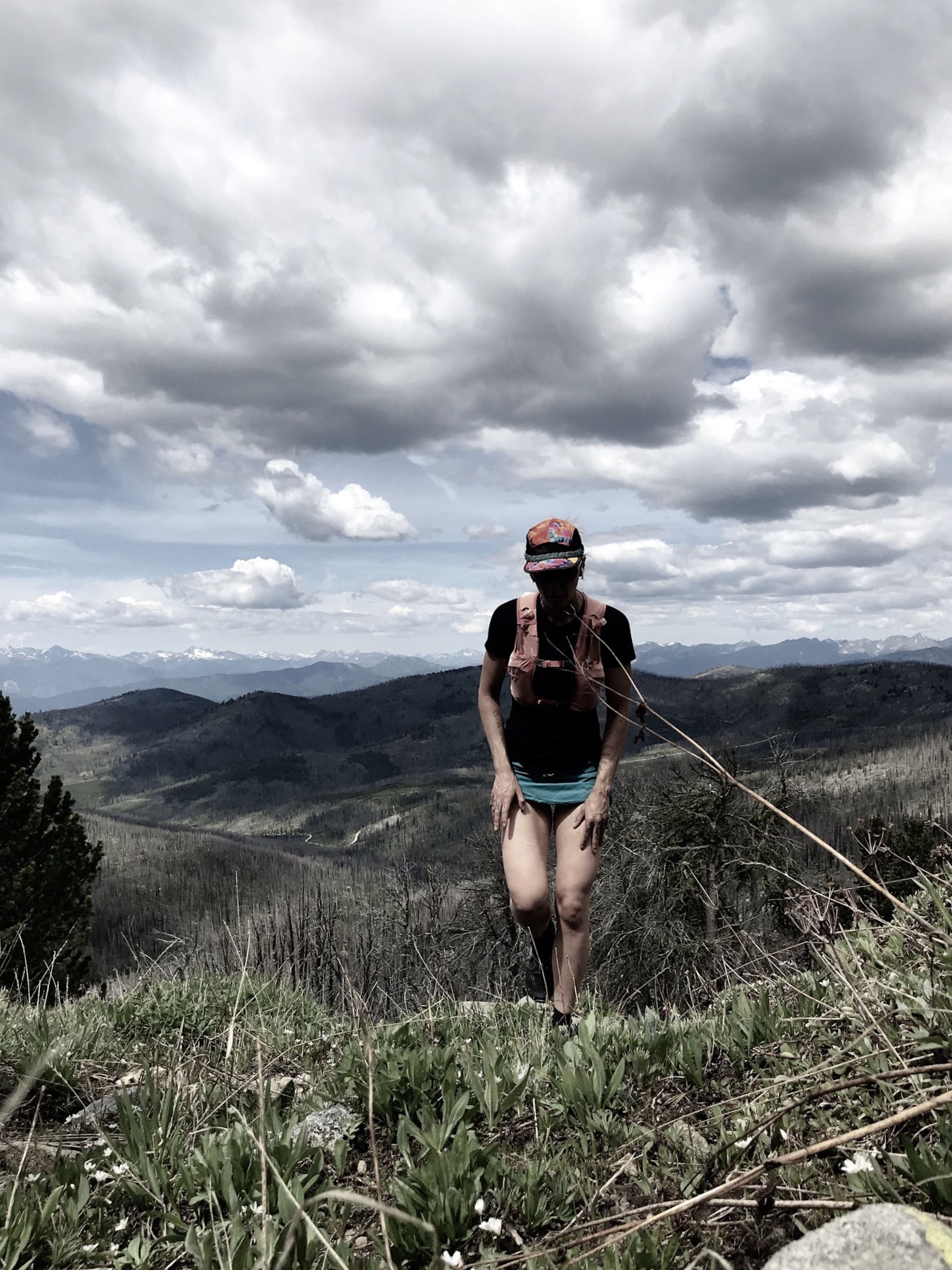 If you are at home inside your body, reveling in the glorious mystery it is to be sentient carbon, there is no scarcity. There is no separation, no lack, no need to prove yourself – even and especially to yourself. There are other ways to validate yourself as an athlete, to challenge yourself, to spend time in the hills with the people and animals you love – ways that will contribute to, rather than detract from, your ability to tune in with your body and our body, the earth. The bridge to rehabilitating ourselves from outdated competitive norms is contemplative practice.

The meditator’s brain, according to the research of Dr. Richard Davidson, has a strong connection between an enlarged amygdala and the prefrontal cortex; that connection is called the uncinate fasciculus. The uncinate fasciculus allows the long-term meditator to pause before reacting – nothing more, nothing less. That pause, cultivated over a lifetime of practice, is what will transform our perceptive abilities. We cannot accurately perceive the nuanced nature of the present moment when we are competing with someone else.

Many people are drawn into the cult of dieting by promises of being able to attain a certain appearance – and diet culture strikes the athletic community especially acutely. The second promise diet culture sells us is that looking a certain way will automatically mean positive things about our performance and wellness. However, the opposite is true about dieting for most of us. Indeed, dieting has a neutral impact on beginner to intermediate endurance athletes, while having a measurably negative impact on more advanced athletes. Intermittent fasting purports to be a shortcut to lipolysis; but it is not. Ketogenic diets may be useful for sprint-oriented athletes, but evidence shows they cause negative impacts to endurance athletes’ performances.

When we starve ourselves, our ANS goes into a stress response, impairing our cognitive function and physical performance. As you learned earlier in this article, the basic task of endurance is to maintain a state of lipolysis for the widest span of activity possible. Over 10 years in business I have noticed, anecdotally, that when my athletes gain weight their performance and health improve markedly. Indeed, when I am at my fittest, I am also at my heaviest. Coincidence? I think not.

If you menstruate you’re in luck: we’ve developed a proprietary system for you to fuel your body specifically for your metabolic needs at the four different phases of your cycle. Those of you who don’t menstruate? My best diet advice is this: eat well, eat often, eat in good company, eat for joy and eat until you are satisfied.

As Kendra Lilley, a licensed mental health counselor and fly fisher, notes in her piece on the Magnetic North website: the diet industry is a $72 billion per year behemoth. And you have better ways to spend your precious time and money than punishing your good, good body. A useful question to ask yourself prior to engaging in a restrictive diet is: Who profits off my insecurity?

Once a hunter or angler can kick these unwelcome gremlins to the curb, they can take to the hills ready to encounter and alchemize any adversity that comes their way. While endurance will eventually reach its end, durability is perpetual.

BHA member Raven Aäe is the founder of Magnetic North. She shares a cabin with her daughter on the edge of the Pasayten Wilderness.