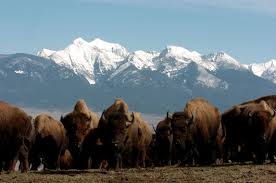 The following letter was sent to the Montana Wildlife and Parks Department on behalf of Montana BHA, on September 13, 2013.

Montana Chapter of Backcountry Hunters and Anglers supports Alternative B which would allow bison to utilize public land habitats north and west of Yellowstone National Park. Our organization is composed of several hundred grassroots Montana hunters and anglers which believe wildlife on public lands should be enhanced to provide an enhanced ecosystem with a full complement of native wildlife and allow fair chase hunting when appropriate.

Recently four livestock grazing allotments were retired in these two areas, which reduces the low risk of disease transmission from bison to cattle.

To minimize risks of disease transmission we believe should focus on separation of wildlife and livestock at key times of year but otherwise otherwise, allow bison to range freely.