Minnesota Chapter-January 2018 Chapter of the Month, The Minnesota Chapter started off the New Year with a bang! They held a record-breaking pint night with upwards of 150 attendees in Minnetonka on January 4. BHA president and CEO, Land Tawney, attended the pint night before keynoting a Minnesota DNR roundtable and speaking on the importance of public lands. This continued a busy month and a half that also included a Minnesota BHA profile in the December issue of the Minnesota Outdoor News and the addition of two new board members, Jamie Carlson and Dan Born. The chapter is also continuing the fight to protect the Boundary Waters Canoe Area Wilderness. Look forward to big things this year as they continue to build on their momentum.

Minnesota BHA chapter co-chair, Erik Jensen, has led a rapidly growing MN BHA chapter in recent years, as well as maintained an extremely active role in the ongoing fight to protect our public lands. Erik embodies what BHA is all about … We are boots-on-the-ground, grassroots, passionate conservationists and that lead with our direct personal actions to keep public lands open and accessible. That’s extremely apparent in Erik's track record of showing up to have his voice heard.

Erik was honored as BHA member of the month in the most recent Backcountry Beat:

It’s no secret that our current administration is currently rolling back protections affecting our clean waters, wildlife and public lands. We’re all on guard and continue to fight to maintain these protections. This month we’d like to recognize Erik Jensen from the Minnesota chapter for testifying at the public meeting on the Boundary Waters Canoe Area Wilderness, just one of his ongoing efforts on behalf of backcountry sportsmen, our public lands and BHA. During the meeting, a handful of more than 1,000 attendees got the chance to speak. Erik was one of the chosen few, and he made his voice count. As we continue to stand up in support of our wildlife and public lands, however, we must always remember that actions speak just as loudly as words. Erik consistently and effectively advocates for the values that lie at the heart of BHA's and our members' identities.

Eric, thank you for taking action and for your ongoing dedication to our public lands and waters!

The public comment period on mining in the Boundary Waters watershed was recently extended. If you haven’t commented yet, please do so now.

“On Dec. 15, two federal agencies took steps to protect the Boundary Waters Canoe Area Wilderness in Minnesota when they denied the renewal of two mining leases. The proposed sulfide-ore copper mines are considered the most toxic of their kind, and their location at the headwaters of the wilderness would threaten the very existence of this iconic landscape. The Minnesota chapter of BHA has been fighting for the Boundary Waters since the mining threat emerged.[1]

“Preventing their development is a huge win for the chapter and for wilderness … nationwide. But the work does not stop there. The backlash from public comments in opposition of these mines sparked an environmental review of the watershed that will ultimately determine future protections for the Boundary Waters region. Please thank the Minnesota chapter leadership for their hard work in helping protect one of America’s most iconic wildernesses: [email protected]. Learn more about threats to the Boundary Waters.”[2]

The Minnesota BHA chapter has been engaged in this battle to protect the Boundary Waters watershed from sulfide mining for going on a decade now, and chapter co-chair, David Lien (a U.S. Air Force veteran), says: “A Storm is brewing. Get ready. Become a BHA member! We may not have billions, but we have something better … boots-on-the-ground. If foreign-owned sulfide mining conglomerates want a war, Minnesota’s sportsmen and women will bring it!!” For additional information see: www.backcountryhunters.org andSportsmenForTheBoundaryWaters.org. 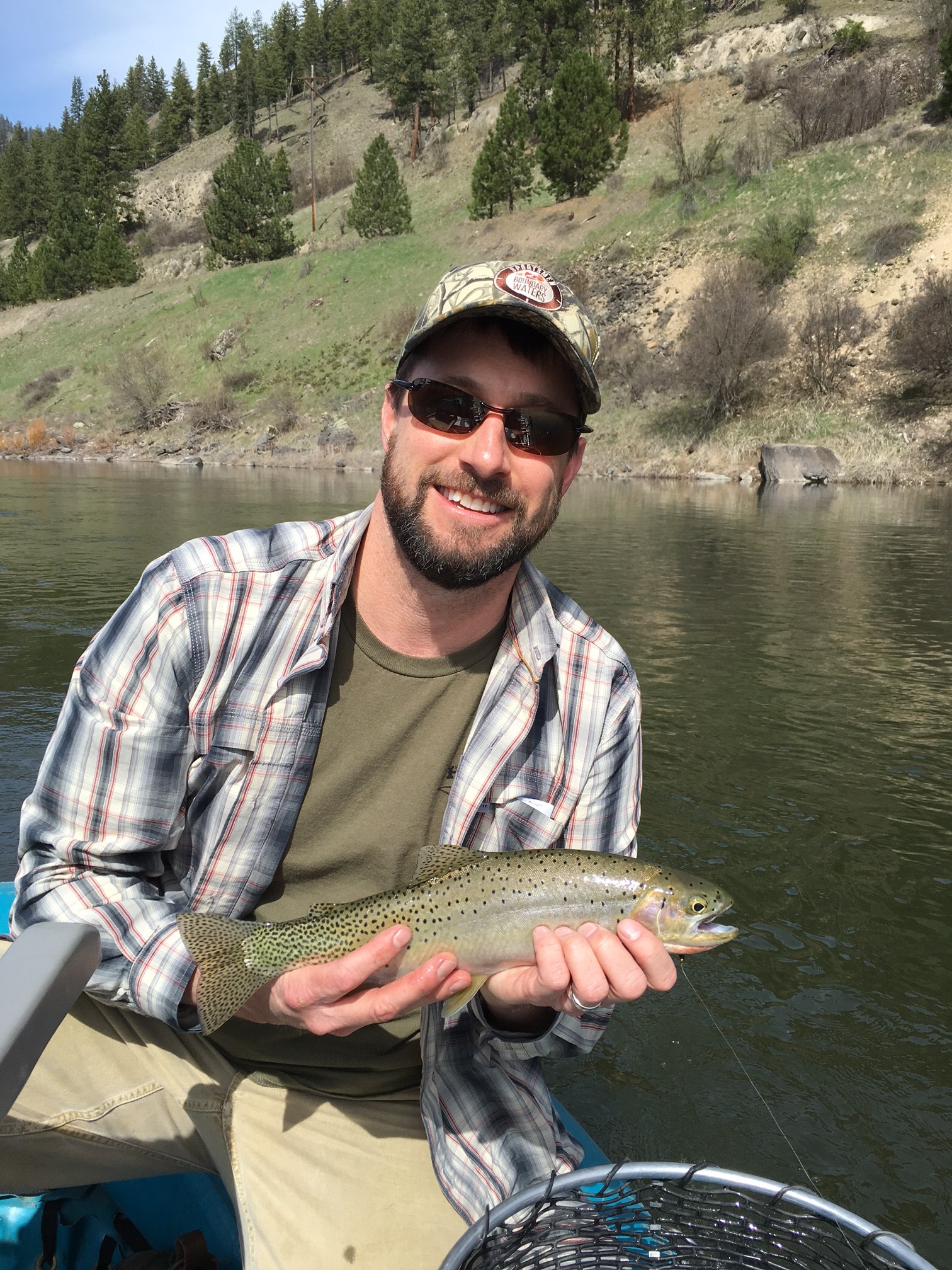 Mark Norquist, of Minnetonka (Minnesota BHA board member), received BHA’s Sigurd F. Olson Award. This award recognizes outstanding effort by a BHA member in conserving rivers, lakes or wetland habitat. Norquist is leading the Minnesota chapter’s efforts to stop sulfide mining in the Boundary Waters watershed. “Mark Norquist has an innate passion for wildlands and wildlife and especially the Boundary Waters Canoe Area Wilderness in our home state of Minnesota,” said BHA Minnesota Chapter Chair Erik Jensen. “Mark is also a filmmaker who utilizes his chosen medium to drive home the need to responsibly manage and conserve these irreplaceable lands and waters. His commitment to Minnesota’s backcountry resources and to sportsmen and other recreationists will have a lasting, positive impact.”

Minnesota BHA was recognized as BHA’s Chapter of the Month for April 2016. A recent surge of BHA energy is resulting in an influx of members stepping up to advance our efforts on behalf of North America’s wild public lands and waters. The Minnesota chapter exemplifies this trend in its efforts to focus attention on the threat of a proposed sulfide mine in the headwaters of the Boundary Waters Canoe Area Wilderness.

In mid-March BHA President and CEO Land Tawney traveled to Minnesota to voice our opposition to the mine and speak up for the unique backcountry opportunities in the Boundary Waters. At a gathering in Minneapolis convened by the Minnesota chapter, more than 60 BHA members and friends showed up to support BHA and hear Land talk about the importance of protecting the Boundary Waters—and the Minnesota chapter recruited new board members and bolstered their board leadership from three to 10.

Building on this momentum, the chapter will help host a BHA Train to Hunt event in the Twin Cities area July 30th and 31st. Thanks to their hard work, Chapter Co-Chair Erik Jensen and the rest of the Minnesota chapter are building both member numbers and awareness of the fact that even though something is protected it isn’t necessarily immune to the impacts of development. Great work, Minnesota BHA! Hats off to you and all you are doing on behalf of our wild public lands and waters!”

Minnesota BHA was recognized as BHA’s Chapter of the Month for July 2016. As stated in BHA’s newsletter (The Backcountry Beat):

“The Minnesota chapter had a lot going on this month! The chapter turned out members to both U.S. Forest Service listening sessions on the proposed sulfide-ore mining proposals in the Boundary Waters watershed, hosted a Full Draw Film Tour date and are hosting the final BHA-hosted Train to Hunt event outside the Twin Cities on July 30-31.”

Minnesota BHA was recognized at BHA’s Chapter of the Month (November 2015) for their work on helping to protect the Boundary Waters Canoe Area Wilderness from sulfide mining and working with state’s Dept. of Natural Resources (DNR) on its adult learn-to-hunt program.

Minnesota’s Boundary Waters Canoe Area Wilderness (BWCAW) is America’s most visited wilderness area, encompassing more than 1 million acres. The clear waters and unspoiled forests of the Boundary Waters provide critical habitat for fish and other wildlife, including moose, bear, deer, walleye, bass, trout, pike, grouse and waterfowl. However, the BWCAW is threatened by proposed sulfide-ore copper mines near the wilderness boundary and in the surrounding watershed.

The Minnesota chapter is working diligently to keep the BWCAW pristine and mining pollution-free. As part of this ongoing effort, Minnesota BHA joined forces with Sportsmen for the Boundary Waters to co-host a showing of “Fish Out of Water,” a three-part film series produced by BHA member Mark Norquist that showcases what’s at stake in the BWCAW. The event attracted some 150 attendees, 17 of whom became new BHA members.

Chapter leaders Erik Jensen, Mark Norquist and Brent Rivard also volunteered to help teach new deer hunters how to hunt whitetails through the Minnesota DNR’s “adult learn-to-hunt” program, which the chapter was instrumental in making happen. In the process of teaching these new hunters, the chapter signed up new BHA members while introducing them to backcountry whitetail hunting. Our hats are off to the Minnesota chapter on their great work fighting for a national treasure and introducing new hunters to our favorite pastime of hunting in the backcountry. 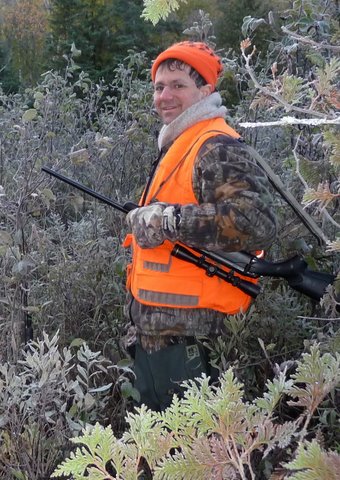 Erik Jensen, of Minneapolis (Minnesota BHA co-chair), was recognized as BHA’s Volunteer of the Month, for October 2014 (see The Backcountry Beat: 10/2014 issue): “Volunteer of the month, Erik Jensen … During the month of September, Erik volunteered by setting up a BHA table at the showing of the Hunting Film Tour in Minneapolis. While there, Erik recruited members, passed out BHA journals and spread the message of BHA's core mission. In addition, Erik has been actively involved with the Minnesota Department of Natural Resources in a very unique hunter recruitment program aimed at teaching first time adult hunters. The program, dubbed ‘Learn to Hunt Deer For Food’ is an education and mentor based effort to give first-time adult hunters a chance to learn from and hunt with an experienced hunter. Over the past several months there have been several classes in which Erik has helped educate these new hunters on being safe, ethical and responsible. On Nov 1-2 mentors such as Erik will actually take these new hunters into the field with the hope of helping them take their first deer.” 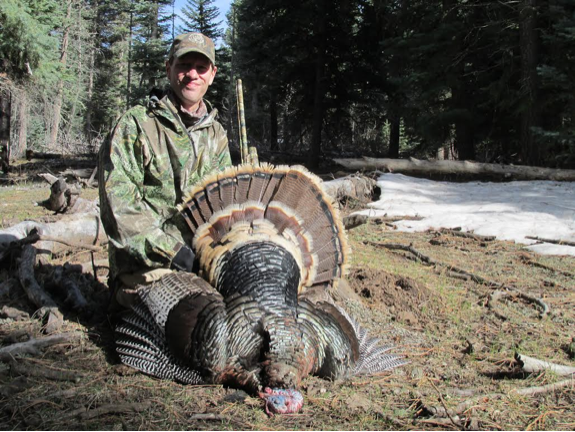 David Lien, originally from Grand Rapids (Minnesota BHA co-chair), was recognized by Field & Stream as a “Hero of Conservation.” Lien, a former Air Force officer, created BHA’s Habitat Watchmen program in 2009, which utilizes volunteers to find and eliminate threats to wildlife habitat. “We serve as the eyes and ears of our national forests and other public lands,” says Lien, who manages the program in Minnesota and Colorado, where volunteers have helped identify and protect high-value habitat for deer and elk, among other species. For additional information see: “David A. Lien Recognized by Field & Stream as ‘Hero of Conservation.’” AmmoLand.com: 7/2/14. http://www.ammoland.com/2014/07/david-a-lien-recognized-by-field-stream-as-a-hero-of-conservation/#