Just before leaving office in 2017, Jay Nixon, Missouri’s 55thgovernor, spearheaded the purchase of land for the establishment of four public parks in the southern half of the state. Ozark Mountain State Park, Jay Nixon State Park, Bryant Creek State Park and Eleven Point State Park together constitute 9,326 acres of public land. All four currently are closed to the public. Eleven Point and Bryant Creek parks were intended to provide backcountry access for recreational activity with minimal development of the parks’ lands and waters. 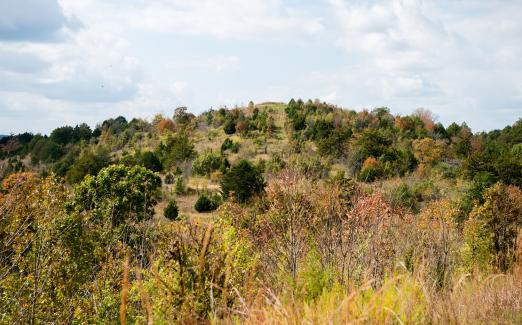 Ozark Mountain State Park is among those closed to the public.

Shortly after taking office, Missouri’s 56thgovernor, Eric Greitens, closed Jay Nixon State Park and indefinitely postponed the opening of the other three. Greitens resigned following a scandal in June 2018. To this day, the four parks remain in limbo, despite broad public support for their opening and for increased amounts of public land and public access in Missouri across the board. Missouri State Parks, the agency in charge of maintaining and developing state parks, has cited an existing maintenance backlog and various surveying concerns as the reasons behind the parks’ continued closure.

Missouri BHA board Co-Chair Cody Cass denounced the failure to follow through on these parks: “The hardest part about creating parks/public spaces is acquisition of the land. In the case of these four parks that part is done. Between them there are over 9,000 acres of land that could be open for the public to recreate on. The fact that they remain closed while politicians bicker is embarrassing. Missourians have spoken and they want action. ... Open these parks!”

Missourians firmly support public lands and waters for their high-quality hunting, fishing and other recreational opportunities, as well as the economic benefits that they bring to local communities and the state economy.

Missouri BHA calls for the opening of these parks in 2019. Lend your voice by signing our letter to Gov. Mike Parsons.

share on
See other posts related to Missouri Issues Missouri BHA
Get the latest news and stories, right to your inbox.
Search
Local Chapters