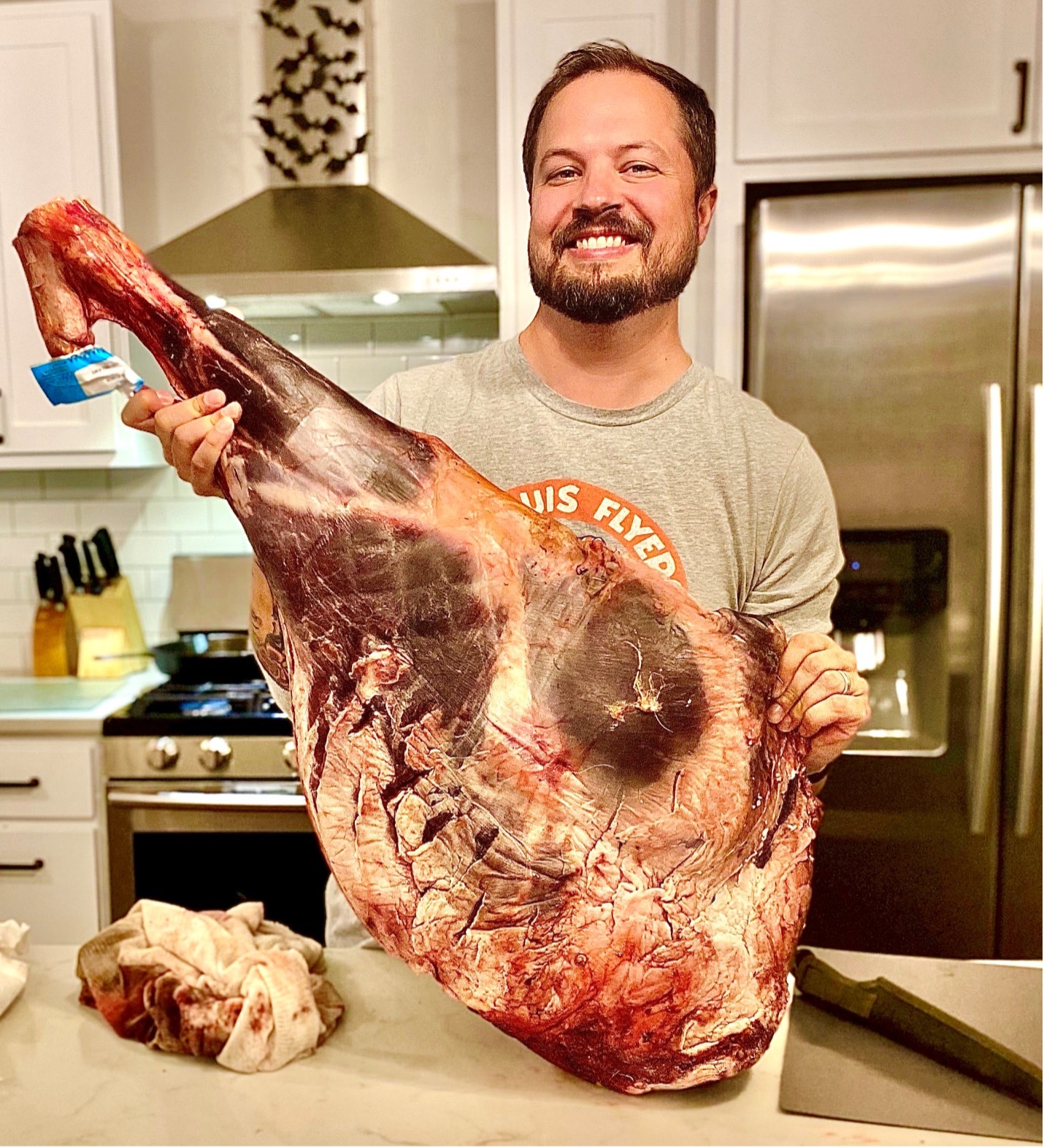 Raised in northern Lincoln County Missouri, eating local was just a way of life that one never really thought about, it was just normal for Dad to bring home deer meat and grow a garden. After graduation Paul moved to the city, the disconnect between people and how they get their food became very evident.

Paul spent years in the local food scene running a farm to table kitchen, managing an organic farm and founding a local farmers market. It was very encouraging to see how involved folks can get when it comes to eating local veggies, but very discouraging to see how society turns a blind eye to where they get their protein.

After spending time in the western states hunting on public lands, Paul has gained a desire to educate and advocate for the amazing natural protein resources we have available in our own back yards here in Missouri and on our public lands across the country.

Paul brings a passion for outreach, networking and bringing new folks to the table so we can continue to grow as a chapter & organization and continue to protect our amazing public lands. 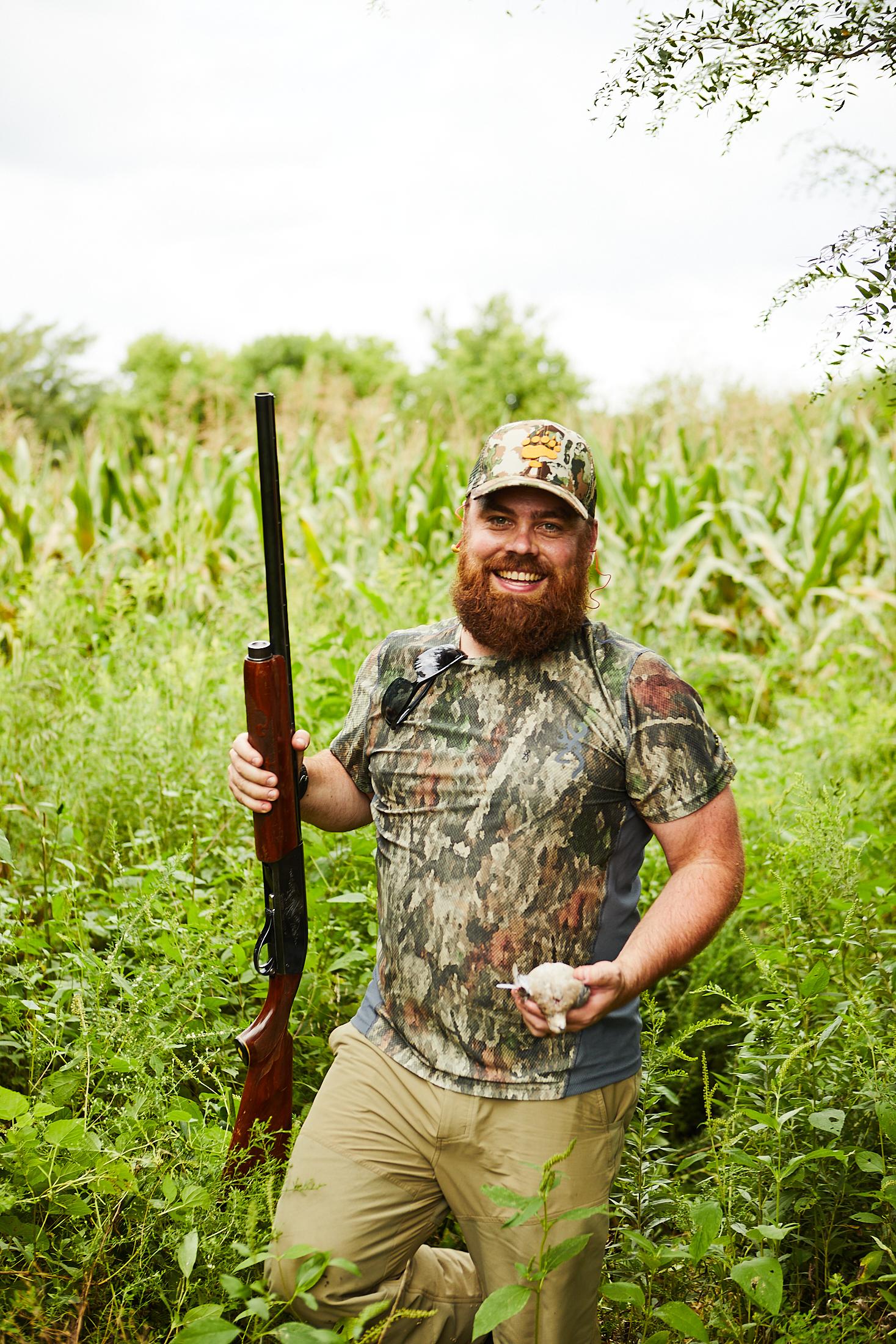 A native of Parkville, MO. Ryan spent a great deal of his youth hunting on private lands in the Ozarks of Missouri. In addition, Ryan has always been active on public lands
through his involvement in the Boy Scouts of America hiking, floating and exploring. After living out west in California for six years and getting to explore the vast open high country of Northern California and the Sierra's, his passion to ensure that public lands remain available for future generations to come was solidified. Ryan returned to Missouri in 2009 to attend graduate school, and it was during this time that he worked as a campus recreation director taking students out into the national forests of Missouri and Arkansas. It was this that made him become more aware of what was happening with the attempts to erode the protections of public lands. He was raised with an understanding of the world that is best summed up by the words of President Theodore Roosevelt when he said, "We have fallen heirs to the most glorious heritage a people ever received, and each one must do his part if we wish to show that the nation is worthy of its good fortune." 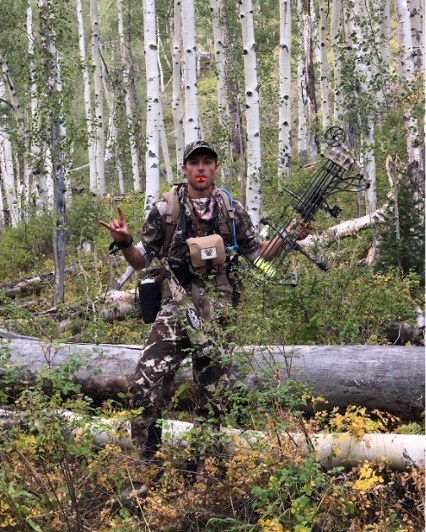 Luke grew up in Northern Illinois along the Mississippi river where he spent much of his youth hunting and fishing at his family’s cabin on the river. He competed on the bass fishing team in high school where his team won Illinois IHSA state championships each year. Luke then moved down to the southern Illinois area to attend school at Southern Illinois University at Edwardsville where he earned his Bachelors and Masters degrees in Accounting, and also competed on the NCAA DI Cross County and Track & Field teams as a distance runner.

After graduating, Luke moved to St. Louis, Missouri where he works as a certified public accountant. Since moving to Missouri Luke has really enjoyed getting to experience all the public land opportunities that Missouri has to offer. When he isn’t running or mountain biking, he is likely out hunting, scouting or shooting his bow. Luke is an avid public land hunter because he likes the additional challenges that comes along with hunting public land. Primarily a bow hunter, Luke got the chance to go on his first archery elk hunt in Colorado where he got hooked on the backcountry style of hunting.

It is with this passion to advocate for the protection and conservation of our public lands and waters that Luke wanted to serve on the board of directors for the Missouri chapter of BHA. As a CPA working for a Fortune 500 company, Luke brings a wealth of accounting and finance knowledge and relevant experience that will help him be successful in his role as the chapter treasurer. 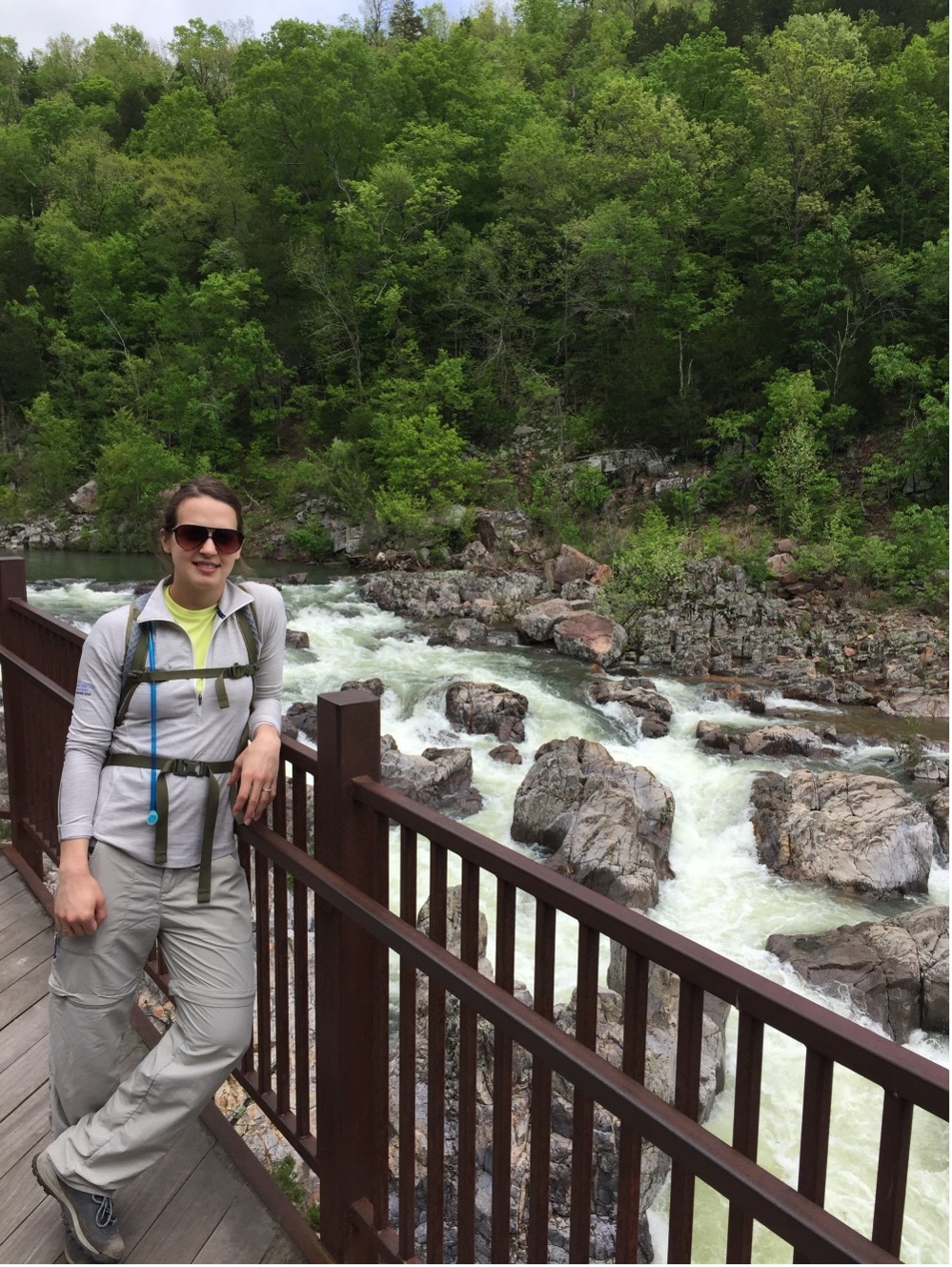 Alexandra Vollman, Board of Directors

Alex grew up exploring the woods, fields and creeks around her home in Festus, Mo., where she developed a lifelong love of nature and a passion for spending time outdoors. Her dad a die-hard hunter and fisherman, Alex grew up with an understanding of nature’s role in providing not just enjoyment but also sustenance.

It wasn’t until she was out on her own that Alex realized the sheer diversity and beauty of our nation’s public lands — and the fact that, without them, many people wouldn’t have access to nature, the many benefits it provides and the pastimes it makes possible. With a desire to instill in others a deeper appreciation for nature and our public lands, Alex – along with her husband Michael – created the online publication Modern Conservationist in 2018. Through the site, she uses her background in journalism and her storytelling abilities to inspire people to do their part to protect our public lands, wildlife and outdoor heritage.

Alex lives in High Ridge, Mo., with Michael and their two children. When she’s not in the woods or on the water, she is helping brands capture and share their stories through her content marketing business. 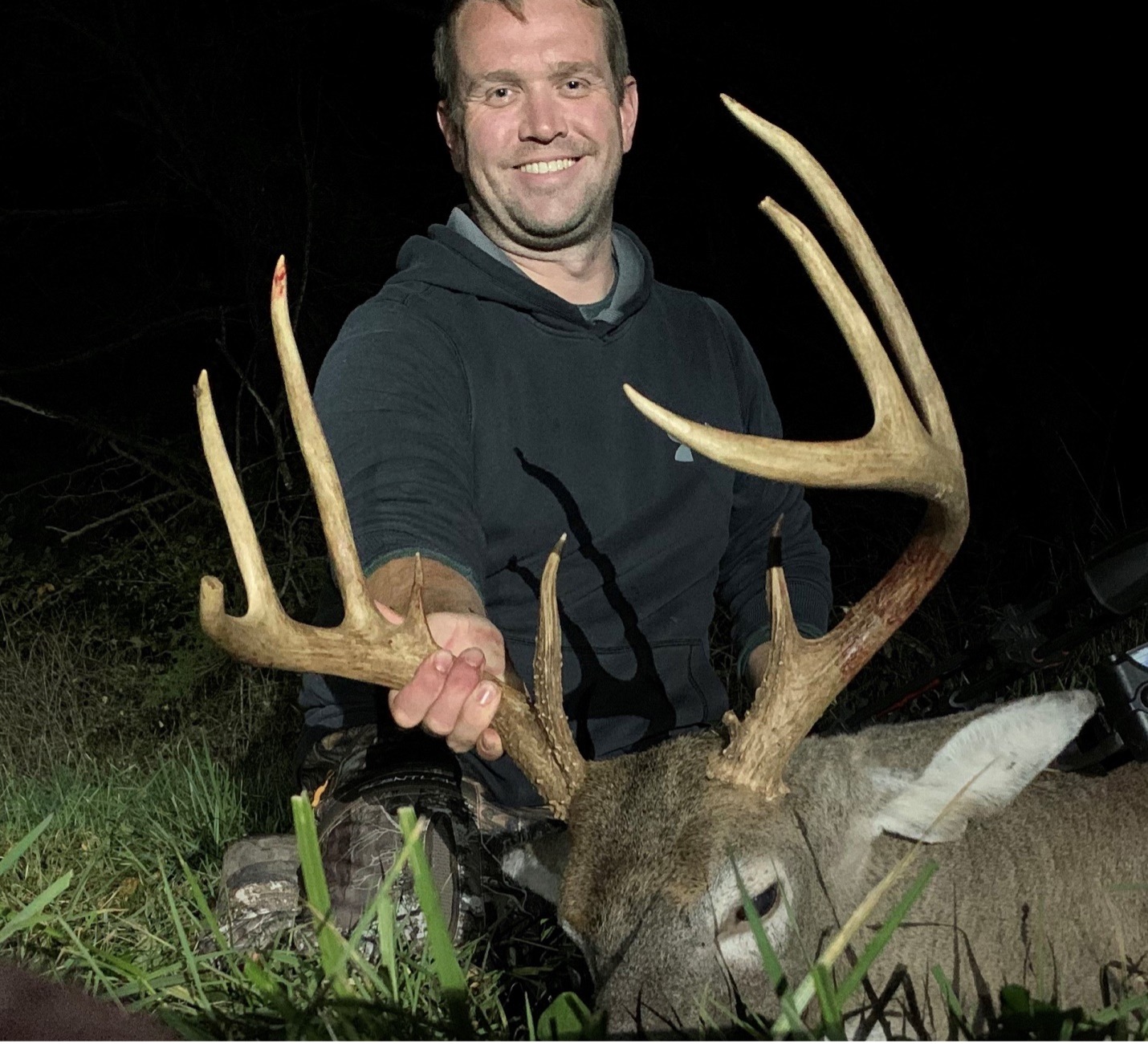 Casey Blystone, Board of Directors

Casey grew up in the Kansas City area, spending much of his childhood pursuing various adventures in the outdoors. That passion has not waned and continues into his adult life. Casey has experienced much of what this state has to offer when it comes to hunting, fishing, and trapping, but is always eager to learn about new things and will be the first to admit that he still has a lot to learn!

Casey has chosen to pursue a career in law enforcement and is assigned to his department’s tactical team as a sniper. Casey also actively serves as a member of the Missouri Air National Guard.

Casey derives a great deal of satisfaction from sharing his knowledge and providing others with the necessary tools to pursue their own happiness exploring all that Missouri’s public lands have to offer. 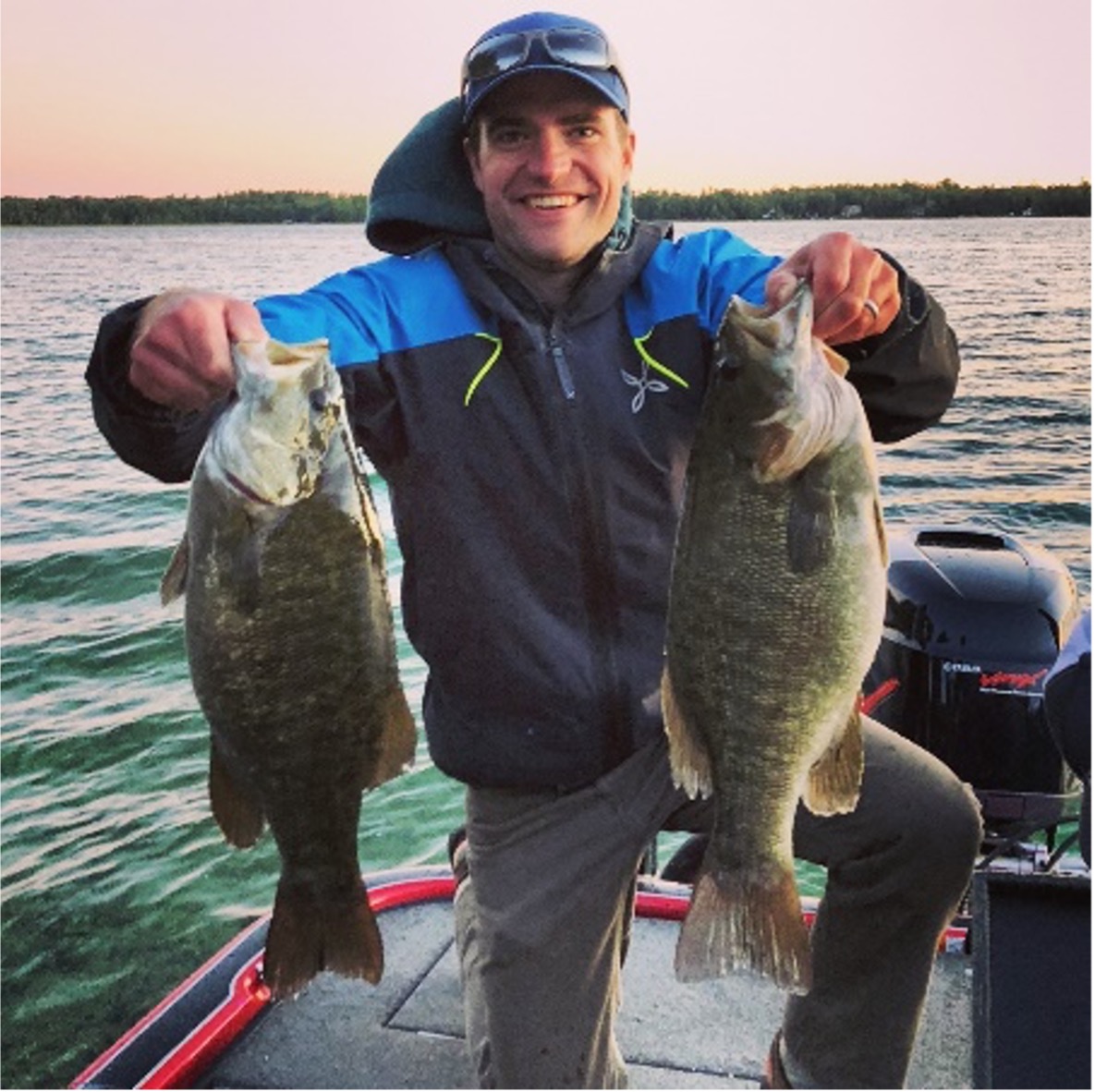 Mike Nelson, Board of Directors

Mike fell in love with wild places and the critters who call them home while growing up in Michigan’s northern lower peninsula. As a young child, he learned to hunt whitetails with his father on his uncle’s dairy farm and walked miles through nearby second growth timber in search of squirrels and ruffed grouse. During summer, he dug for worms and caught grasshoppers before riding his bike to nearby lakes to catch panfish and largemouth bass.

In recent years, Mike has developed a great passion for hunting public and private lands across the United States. From scanning the Wyoming desert for antelope or the Colorado high country for mule deer, it’s hard to keep the next trip off his mind. While recent adventures have certainly grown more sophisticated, there’s still something beautiful about catching a bluegill on a worm you plucked from the earth.

After moving from Michigan two years ago, Mike and his wife Hannah live in University City with their two young sons, Henry (2.5 years), and Arthur (5 months). He certainly wishes for his children to someday share his same love of hunting and fishing, but if not, that’s ok. More than the specific and deliberate acts of hunting and fishing, he wants Hank and Artie to be curious of the natural world and of their place in it. To care for the plants, animals, and landscapes of which it is comprised. To protect the American traditional of public lands. And to be a positive voice for the hunting and fishing lifestyle held dear by their forefathers.

Carter Harris, Board of Directors 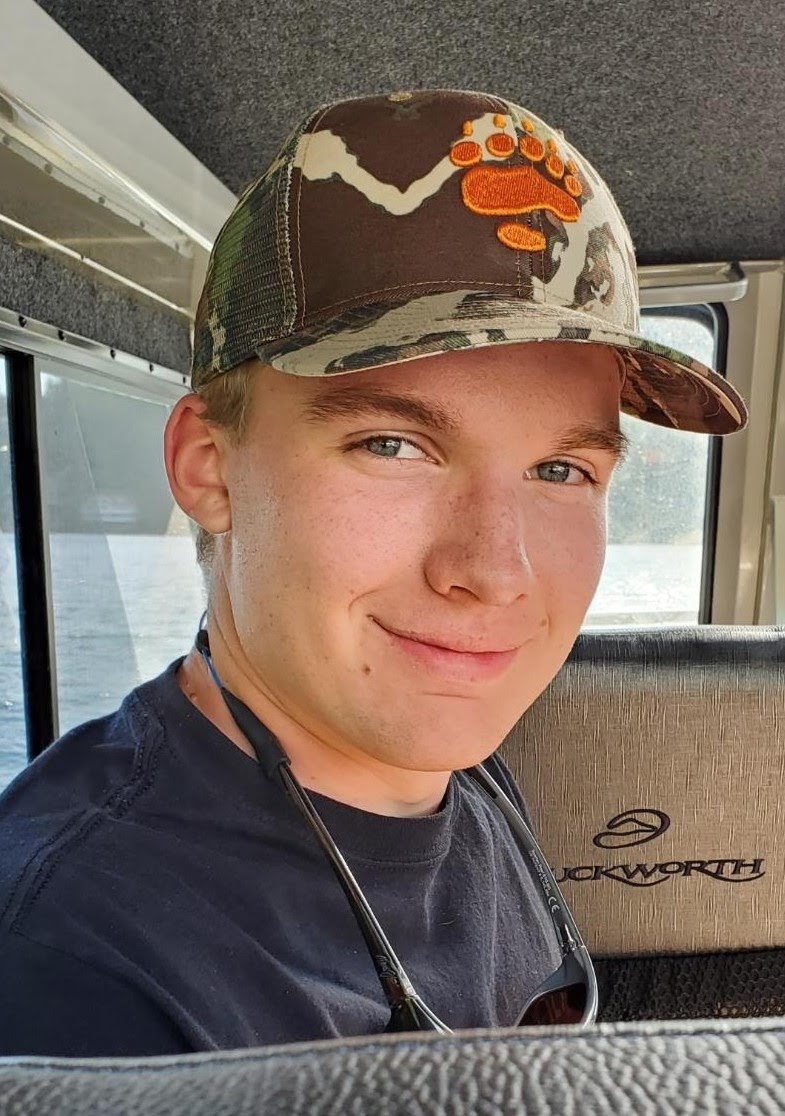 Born in Kansas City, MO but growing up all over the country, Carter is a lifelong angler yet only recently took the plunge into the wonderful world of hunting. Spending his youth everywhere from Seattle, WA to Charleston, SC, he has grown to appreciate the bounty of American wild places in all their forms, from the pika of the high Northwest peaks to the redfish of the Carolina salt marsh. This history has given him a tremendous love for the outdoors, and he continues to seek out new experiences wherever they can be found, from the far-flung corners of the country to the conservation area down the street.

A late arrival to the hunting scene, Carter has been chasing small game and upland birds throughout Missouri since 2018 and has just now started on the big game path this fall. Lacking both private land to hunt on and more experienced relatives to show him the way, he has had to start from scratch, along the way developing a tremendous appreciation for American public lands and organizations like BHA which champion them.

This appreciation has stoked in him a strong desire to help preserve America’s remaining wild places and extoll their many virtues, goals which he believes are eminently suited to the mission of BHA. Looking forward, he eagerly awaits further opportunities to explore the bounty of Missouri and beyond, relishing every fresh experience and sharing them with those around him.