His affection for outdoor spaces was first sparked early in his childhood while fishing for bullheads with his grandpa. Soon after he was taken on a family vacation to Colorado where he fell in love with the mountains and the vast opportunities North America has to offer. At age he was taken along on his first pheasant hunt and he was instantly hooked on those cagey birds. He spent his teen years fishing through the summer and chasing roosters in the fall. Along with a few backpacking trips and an influential trip to the BWCAW, that spark in him turned into a fire and it continues to burn to this day.

Matt has been a member of a few outdoor conservation groups over the years. But in 2015 he learned about Backcountry Hunters and Anglers and the public lands access mission we fight for. This message spoke to him and resonated with his experiences as a public land hunter. After becoming a life member and volunteering for numerous BHA events, he pushed the Minnesota chapter to embrace more social media channels to spread the BHA message by taking the initiative to add three more accounts. In 2018 he was asked to join the board, in 2019 he was elected to a vice-chair role, and in 2020 he was appointed to the chair position.

Matt believes that equal access to the outdoors is an integral part of the American experience. In order to accomplish our goal to maintain that access the American people must compel our legislators to keep public land in trust for all citizens and ensure that our land is respected, well maintained, and preserved for future generations.

“Without access to public lands I would not be the person I am today.” 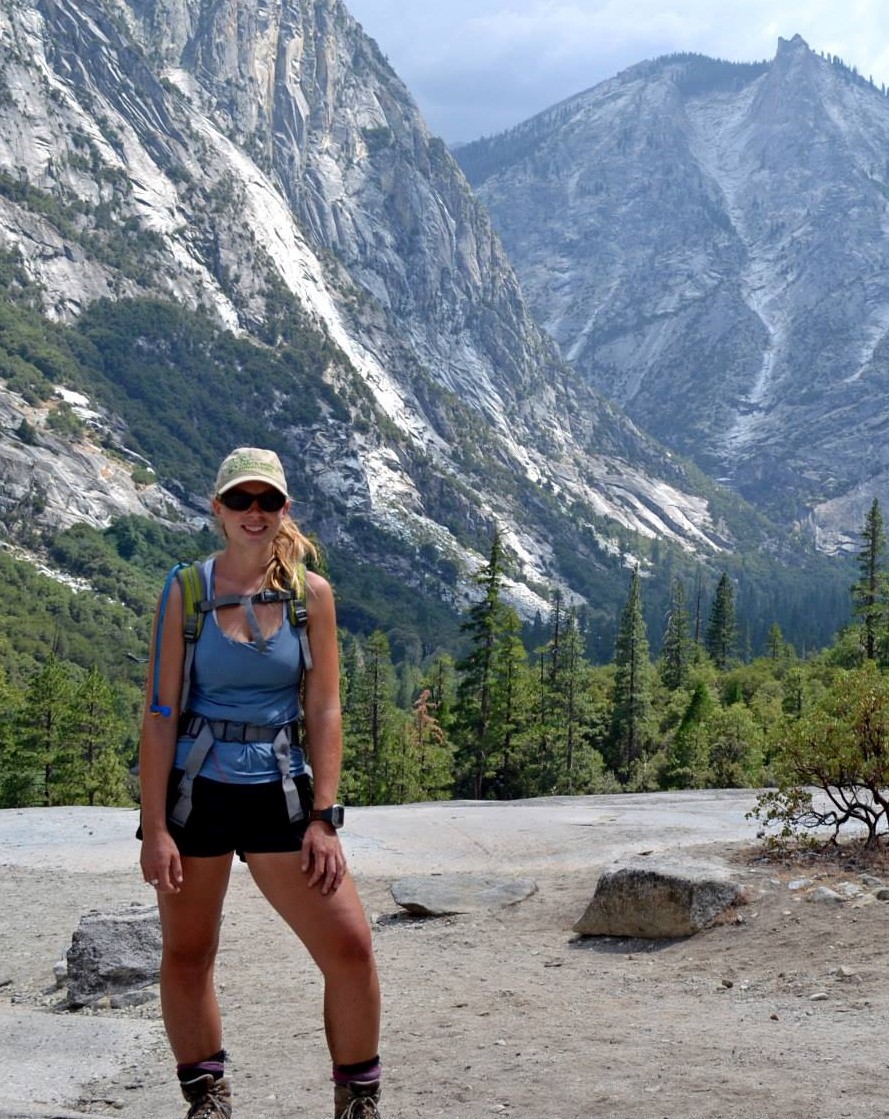 Ellen was born and raised in South East Idaho and grew up fishing, rafting, and backpacking with her family in the rivers and wilderness of her home state. She followed her dad into the mountains on elk and moose hunts and took up deer and duck hunting when she was twelve. Like many young people, Ellen stopped hunting when she left home, but was re-introduced to it through the Minnesota DNR’s adult learn to hunt program. Fly-fishing has always been a passion and continues to push her to new rivers.

Today, Ellen enjoys exploring Minnesota’s fly-fishing opportunities and discovering Minnesota public lands with her husband Mike and dog Raleigh. She is rediscovering fly-tying as a way to learn the rivers and streams that she fishes. She looks forward to taking trips in the Boundary Waters and learning more about Minnesota’s outdoor opportunities through hunting and fishing.

Ellen spent several years in the beautiful Upper Peninsula of Michigan while she completed a BS degree from Michigan Technological University in Wildlife Ecology and Management. She is currently a Conservation Science PhD student at the University of Minnesota researching the extent that hunter derived food sources, such as hunter bait piles or hunter gut piles, influence the scavenger community.

Erik grew up in Richfield, Minnesota, and started hunting small game, upland birds, and waterfowl when he was 14, mentored by an uncle and family friends. Erik’s parents weren’t hunters, but they were outdoors enthusiasts. His mother came from a hunting family, while his dad is a Norwegian, from a small fishing community with a strong hunting culture, so both parents were supportive of Erik’s hunting interests.

Today Erik also enjoys fly fishing for trout and hunts deer with a bow, rifle, and muzzleloader in the woods of central Minnesota. During 2008, he went on a once-in-a-lifetime moose hunt in northern Minnesota’s 810,000-acre Boundary Waters Canoe Area Wilderness (BWCAW). Erik says that BWCAW hunt "greatly deepened my interest in wilderness hunting for elk, moose, and deer.”

Erik is a volunteer outdoor mentor with the MN DNR’s recruitment and retention program that teaches youth and inexperienced adults hunting and angling skills. He attended the University of Minnesota for 5 years and has worked there for the past 17 years. He’s also a union steward and serves on the negotiating committee for Teamsters Local 320. Erik is married and has twin daughters. He says, “They both love fishing, are learning archery, and are showing interest in hunting.”

The founder of Veterans for the Boundary Waters, Erik Packard has been going to the Boundary Waters his whole life, with his family first taking him as an infant. In 1996, at the age of 17 years old, he joined the United States Army. Packard served in the United States Army Reserve for 14 years and served two combat tours in Iraq. After his last tour in Iraq, he began suffering from post-traumatic stress disorder and depression. After many treatments, he discovered Voyageurs Outward Bound School’s program for veterans. After his trip with VOBS, Packard began fighting to protect the Boundary Waters from proposed sulfide-ore copper mining and has been sharing his story to help protect this Wilderness.

Aaron Hebeisen, Board of Directors

Aaron was born and raised in the small central Minnesota town of Mora, and says: “I have been angling at our cabin on the MN Iron Range since I could walk.” Aaron shot his first deer at 12 and now hunts whitetails all over eastern Minnesota, from the Iron Range to Rochester. But he’s an angler too: “I fish anywhere I can, including Canada and Hawaii, but enjoy northern Minnesota the best.” In addition, Aaron has hunted elk in Colorado and antelope in Wyoming, and also chases pheasant.

He grew up in an outdoors family. “The guys in my family are all avid hunters/anglers. My grandfather is an SCI member and has been all over the world hunting big game (Africa 3 times, New Zealand, Alaska),” he says. Aaron’s dad taught him about ethical sportsmanship and fair chase, as well as being “my best hunting partner.” Aaron adds: “I fully admire Theodore Roosevelt, from his gritty stubbornness to his wisdom and whole-hearted compassion for everything wild. I try to emulate his principles any time I step foot into the woods.”

Aaron’s passion for wildlife and public lands led him to pursue a BS in Natural Resource Ecology & Management, with an emphasis on Wildlife, from Iowa State University. Aaron’s professional roles have included working with the MN DNR researching CWD in white-tailed deer, conducting angling surveys on the St. Croix River, and restoring forested and wetland areas around Minnesota with the Minnesota Conservation Corps. He has also worked at wildlife parks/centers, educating the public about different North American wildlife and the conservation issues surrounding them.

Greg Kvale, Board of Directors 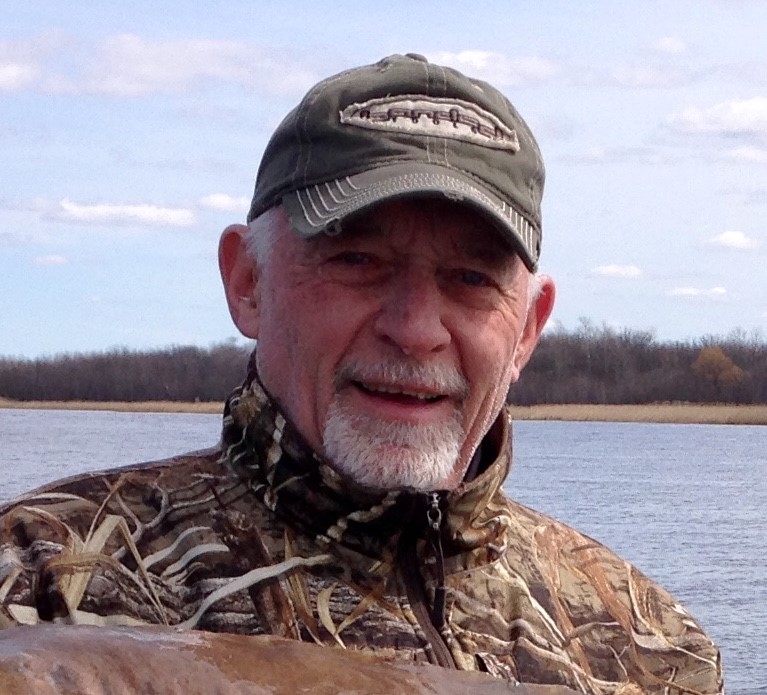 Greg grew up in an outdoor family in southern Minnesota. His father introduced him to the outdoors when he was very young with trips to the BWCAW and other public lands and waters. When not, outdoors his favorite place is in the kitchen.

A combat wounded Vietnam era veteran Greg dedicated his professional career to natural resource protection and management as a forester and real estate specialist with the Minnesota Department of Natural Resources. After retirement Greg started an appraisal business and worked with the DNR, The Nature Conservancy, DU, PF, Trust for Public Land and other conservation organization in acquiring and protecting over 10,000 acres of public land and 15 miles of shoreline.

Greg is a co-founder of Anglers for Habitat, and a co-founder and instructor for the Minnesota Waterfowl Associations Woody Camp for youth for over 25 years. A board member and local leader of many conservation organizations Greg has been involved in conservation issues both on a local, state and national level for decades.

Mark Norquist, Board of Directors

Mark, a 1989 graduate of Brainerd High School and father of two, used to work for a group publisher helping with such products as North American Hunter, but eventually decided to start his own marketing businesses, GreenHead Strategies and GreenHead Productions, where he creates and distributes digital campaigns that promote a deeper connection between people and the natural world. He also works with medium-sized businesses and municipalities to fulfill marketing and media needs.[1]

In addition, Mark is the publisher/editor of the Modern Carnivore Blog (www.modcarn.com), which promotes healthy, sustainable and local eating practices. Mark is also a filmmaker and executive producer of the “Fish Out of Water” film series, which won the Spirit of Film award at the Frozen Film Festival in St. Paul. Mark’s other recent film production, “Flush in the Wild,” follows an Iraq war veteran, MN BHA board member Erik Packard, on his first grouse hunt, helping Erik find peace from his PTSD in the wild.

Lukas Leaf, Board of Directors

Lukas is an avid, passionate outdoorsman and chef born and raised in Minnesota. He graduated from the University of Minnesota in 2005 with a BS in Graphic Design. Lukas was formerly Executive Chef at Al Vento restaurant in South Minneapolis and is now the chef for Modern Carnivore and a Minnesota Backcountry Hunters & Anglers board member. His father first introduced him to the Boundary Waters Canoe Area Wilderness (BWCAW) when he was 13 and has been hooked since. Since that first Boundary Waters trip, Lukas has been privileged to introduce many people to the beauty of the BWCAW through many camping, hunting and fishing trips. He spends his free time fishing, foraging, hunting, camping and cooking his way through the great Minnesota outdoors. Lukas now works as the Sporting Outreach Coordinator for Sportsmen for the Boundary Waters and has appeared in their two films, Fish Out of Water and Flush in the Wild.

Charlie Brandt, Board of Directors 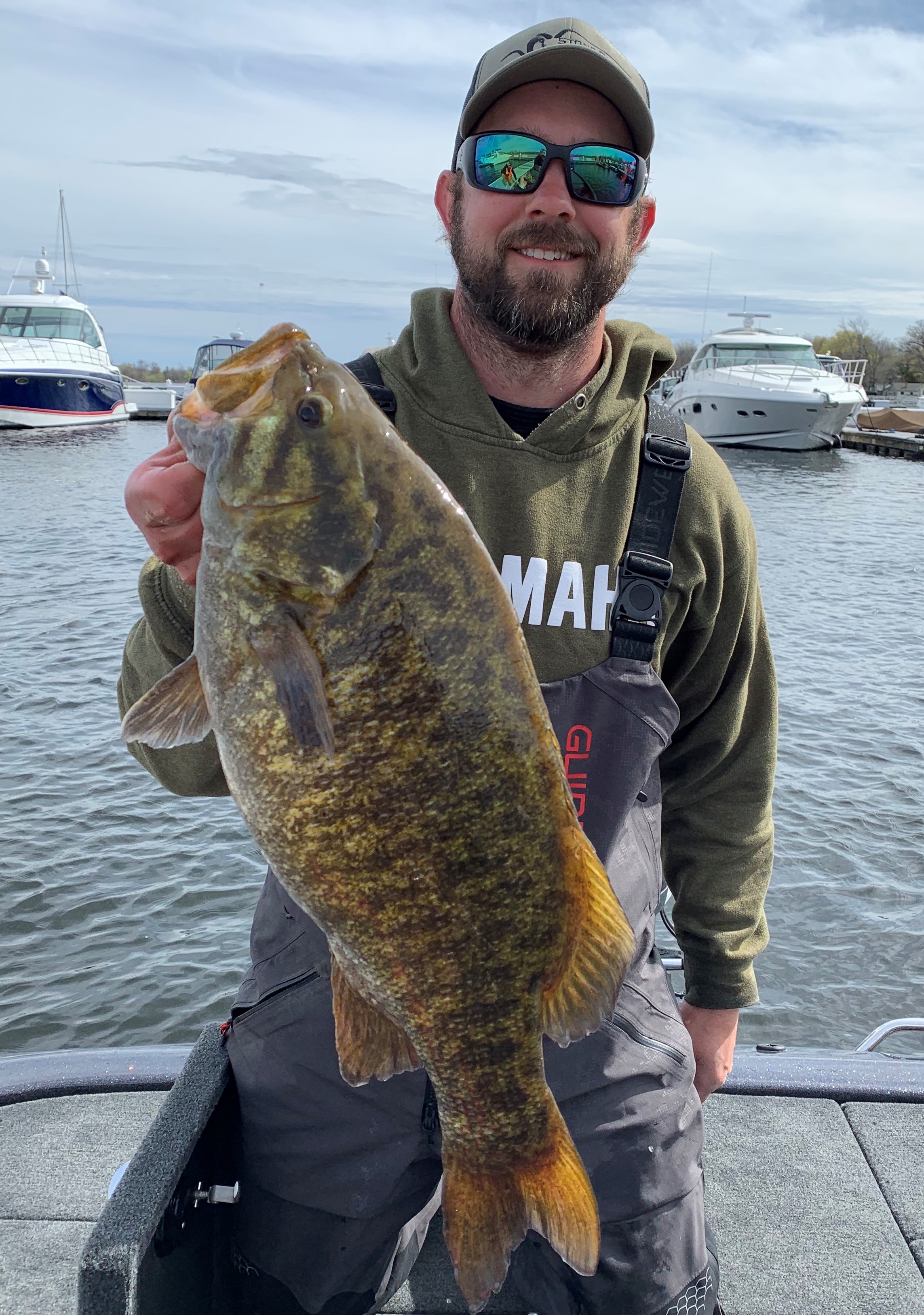 Charlie had a classic outdoors upbringing, where my whole family hunted and fished to some degree.  Walleye and deer openers were holiday events, and we’ve consumed our share of fish & wild game.  Over time…families changed, cabins got sold and old hunting pals became beloved memories.  Fresh out of high school, he fell into a job selling fishing boats and worked full-time thru a 2yr. business management degree.  It turned into a career of sorts.  The fishing boat business keeps him in touch with his kind of people, with the added perk of down time in the fall.

Loss of private access drove Charlie to a public-land hunting obsession for whitetail, elk, antelope, mule deer, etc.  He’s a long-time bass tournament angler and fishing adventure seeker. Those like him who grew up hunting and fishing often take our resources for granted, and he’s trying to help change that.  Charlie lives in Elk River with my partner in crime since high school, Rachelle and they continue to fish, hunt, cook & soak up the outdoors.

share on
See other pages related to Minnesota BHA Minnesota Chapter Board
Get the latest news and stories, right to your inbox.
Search
Local Chapters