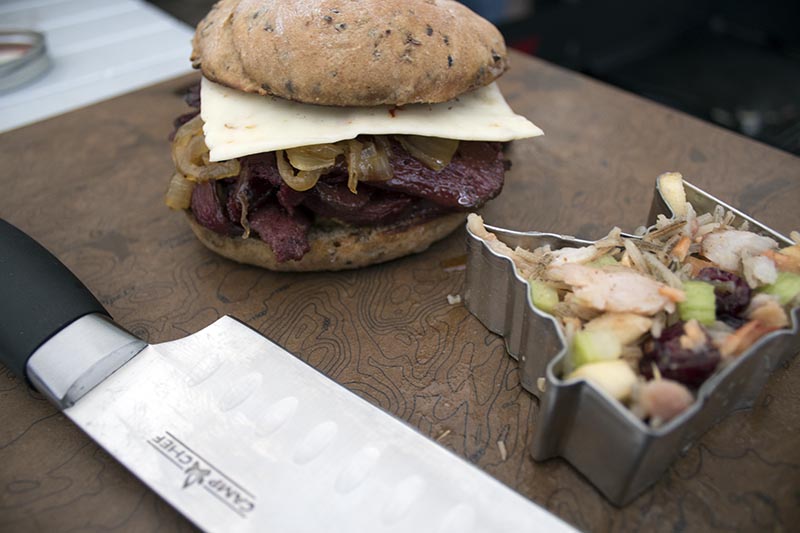 In April, Minnesota BHA was well represented at BHA’s 5th Annual North American Rendezvous, with 10 members making the drive out to Missoula. Members attending included Lukas Leaf, who showed his culinary mastery at the Field-To-Table Dinner, along with Jamie Carlson and Mark Norquist, who took 2nd place in the BHA Camp Chef Cook-off, making a knockout Canadian goose pastrami sandwich and smoked whitefish salad, blowing away a panel of celebrity judges.

Back in Minnesota our number one issue is protecting the Boundary Waters watershed from proposed sulfide-ore copper/nickel mining. Public comments on withdrawing public lands surrounding the Boundary Waters from such mining are being accepted by the U.S. Forest Service until August 11. We also expect there will be at least two additional public hearings—one in northeastern Minnesotan and another in the Twin Cities. More information to follow.

With the help of Minnesota BHA and other conservation organizations, HF 143, or the "no net gain" of state lands bill, was defeated 6-4 in the Minnesota House. We are also proud to announce the no other anti-public lands bills or egregiously detrimental fish and game bills were passed during this session, even though many were introduced.

MN BHA has also created three committees and appointed chairs, who will focus member efforts on chapter priority issues: 1) Ben Peña-Hunting/Fishing mentorship committee 2.) Ashley Peters-Legislative committee 3.) Brian Hallberg-Boundary Waters committee. In addition, the chapter hosted a Pint Night at Gluek’s bar/restaurant in Minneapolis on June 7, and we will be teaming up with Wisconsin BHA to host a Midwest Backcountry Brewfest on July 29 at Lakefront Park in Hudson, WI.

The fifth annual Minnesota Backcountry Hunters & Anglers Rendezvous is scheduled for August 4–6, 2017. We’ll be setting up camp at a Group campsite in Wild River State Park on the St. Croix River.

For additional information on the issues addressed above see: