The Minnesota chapter of Backcountry Hunters & Anglers (BHA) recently appointed two new board members. Jamie Carlson and Dan Born are both veterans and accomplished hunters/outdoorsmen. Their appointments come at a time of rapid growth for the Minnesota chapter, which saw its membership increase by over 150% in 2017. And a January 4, 2018, chapter Pint Night at Unmapped Brewing in Minnetonka set an attendance record for such BHA events nationwide. 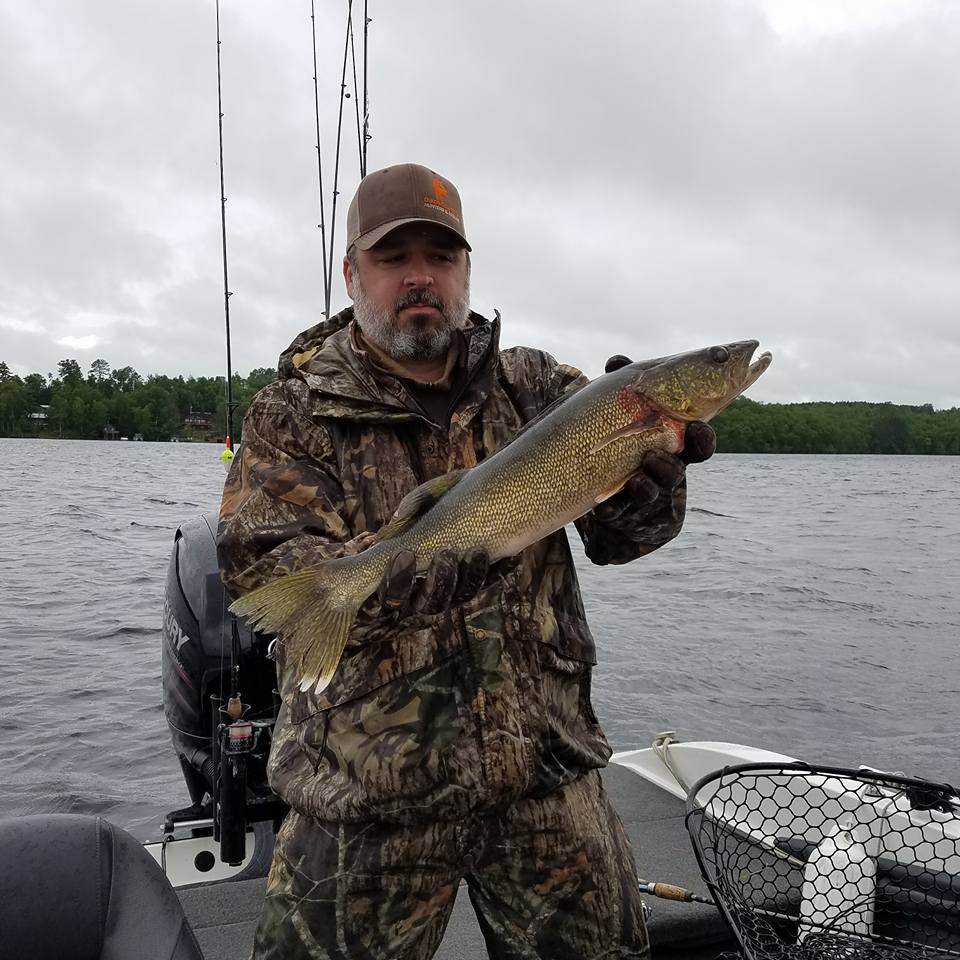 Jamie was born in Illinois and raised back and forth between Illinois and Minnesota. He eventually relocated permanently to Minnesota, living with grandparents on Leech Lake before moving to Rochester, where he spent most of his childhood. Jamie’s first hunting/angling mentors were his dad, grandpa and uncles.

“I can’t remember a time when I didn’t have a fishing pole in my hand,” Jamie says. “I spent most of my summers on Leech Lake and fished almost every day of those summers. I started fishing for perch and rock bass and would catch them by the stringer full under the boat lift on my grandparent’s dock. I started duck hunting up on Leech Lake as well, and that developed into deer hunting and small game.”

He primarily hunts with a rifle and compound bow, and has been transitioning to a muzzleloader and trad bow. “Today I try to spread my hunting time out to hunt as much and as many different species as I can,” Jamie adds. “I hunt all over Minnesota and in the past ten years I have started making trips out west to Wyoming and Colorado.” Jamie currently lives in Burnsville and was a registered nurse (RN) at the VA medical center before switching over to working as an operating room (OR) nurse.

Jamie also served 14 years in the U.S. Navy/U.S. Army. He has spent years learning how to cook and prepare wild foods, and says: “I hunt for everything that’s edible. I love eating wild game and fish and spend a lot of the spring and summer foraging for wild ingredients.” Jamie shares his culinary skills via two blogs: Outdoor Life’s Cast-Iron Chef and his own YouHaveToCookItRight.com. 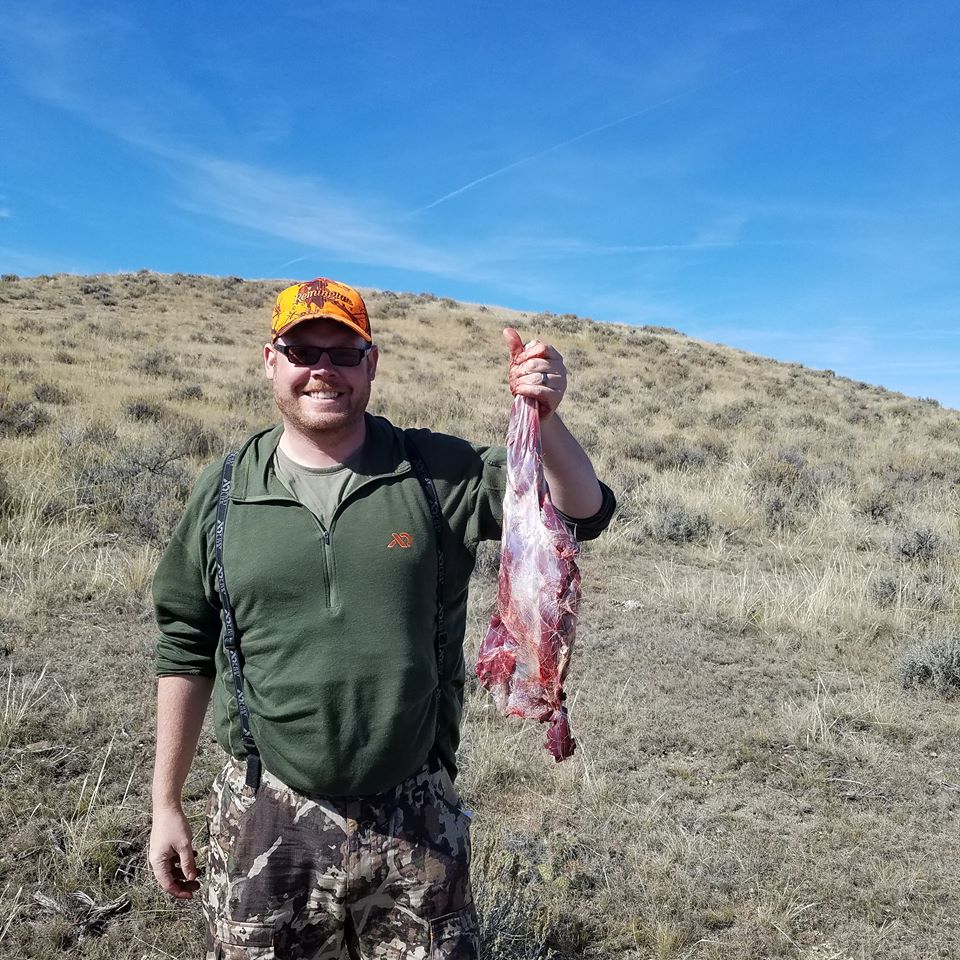 Dan was raised in Mankato, Minnesota. His family has managed a 300-acre farm on the Minnesota River there since 1888. “I was raised by a family whose connections to hunting, fishing and the land run deep,” he says. “This is where myself and generations before me learned to hunt.” His father and grandfather were his hunting partners/mentors growing up. “My father is a lifelong fisherman and waterfowl hunter, and when he married into my mother’s family he became a deer hunter,” Dan adds.

“I don’t think I have missed more than 2 or 3 deer hunts in the 25 years I have been at it,” Dan explains. Their farm property supports agriculture, mature wood lots, duck sloughs and acres of prairie grass. Besides hunting “The Farm,” he also makes it out west each year to pursue pronghorn and elk. Dan hunts with a rifle, and both compound and recurve bow. He’s also partial to walleye and panfish, but is “a mediocre fly fisherman, at best,” he says.

Dan served in the Minnesota National Guard from 1997-2005 as a Reconnaissance Scout and completed a year-long deployment to Kosovo in 2003. He earned a B.S in Archaeology from Mankato State, in 2005, and a M.S in Geography from Saint Cloud State in 2009. His thesis focused on soil microfossil analysis of a 9,800-year-old bison kill site in northwest Nebraska, where up to 600 bison were killed with spears and butchered by the Alberta Paleo-Indian people.

Then he went to work for the U.S. Forest Service doing archaeological and environmental surveys across 13 western states before becoming lead Archaeologist for the Northern Hills Ranger District in the Black Hills National Forest. Dan left the USFS in 2013 and returned to Minnesota, where he’s worked as an environmental consultant and analyst for oil, natural gas and windfarm energy infrastructure projects. He currently lives in Northfield with his wife, three kids and dog. Dan now works at the corporate office for Indian Motorcycle, coordinating with their dealerships and motorcycle owners on a variety of concerns and projects.

Dan says whitetail deer makes up about 80% of his families red meat consumption each year, followed by pronghorn. He also hunts wild turkey and occasionally adds a rabbit, squirrel or pheasant to the pot. In addition, he plans to start waterfowl hunting. Dan also continues to hunt with his dad. “It’s really special to me that I’ve gotten to … introduce my dad to hunting pronghorn on public lands in Wyoming,” he adds. Dan joined BHA because it keeps him connected with public lands and “is another way for me to continue to advocate for the resource.”

Minnesota BHA board member, David Lien (a former U.S. Air Force officer) said: “Not unlike the U.S. Army units that were dispatched to protect some of America’s first national parks from poachers and other scofflaws, Dan and Jamie served our country and helped protect our great public lands estate for future generations of hunters, anglers and others. We’re privileged to have them onboard and we need many more like them.”

Chapter co-chair, Aaron Hebeisen, adds: “The breadth and depth of unique skillsets and innate selflessness that Jamie and Dan bring to BHA—combined with their strong commitment to protecting and perpetuating America’s great public lands hunting and angling heritage—is representative of the tireless work ethic and high values embodied by BHA members as a whole.”

share on
See other posts related to Minnesota BHA minnesota news
Get the latest news and stories, right to your inbox.
Search
Local Chapters