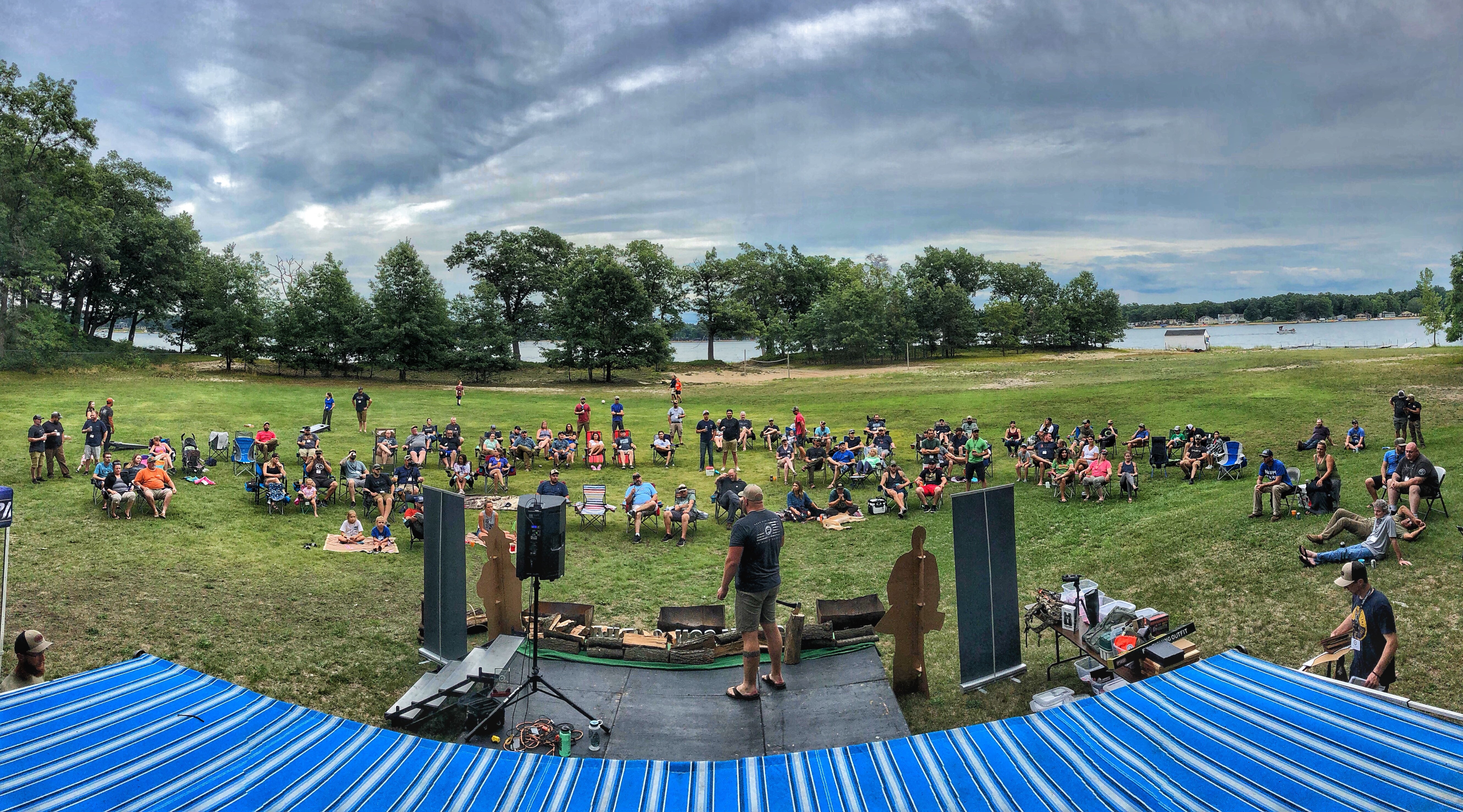 With a few weeks to reflect on the numerous successes of the 2019 Michigan Chapter Rendezvous, common ground was the unofficial theme that kept popping into my head. Hundreds of individuals gathered at Tall Oaks Campground on August 16th and 17th, where we  surrounded by thousands of acres of our public lands inside the Manistee National Forest. For the outdoor enthusiasts, professionals, youth and many others that were getting their first taste of the hook and bullet community, this place truly was common ground.

The weekend kicked off with the public lands film The Forest, presented by The Deer Hunter Podcast. The Forest is a deep representation of our hunting heritage in Michigan and its important connection to our wild public lands. As the film unfolds, it begins to tap into the deep emotions we share as hunters and our bonds with each other, the wildlife and the public lands that offer us opportunities afield. The excitement for the following day was only amplified by the film, and conversations carried deep into the night as an August thunderstorm rolled across Big Star Lake putting on a spectacular lightning show. 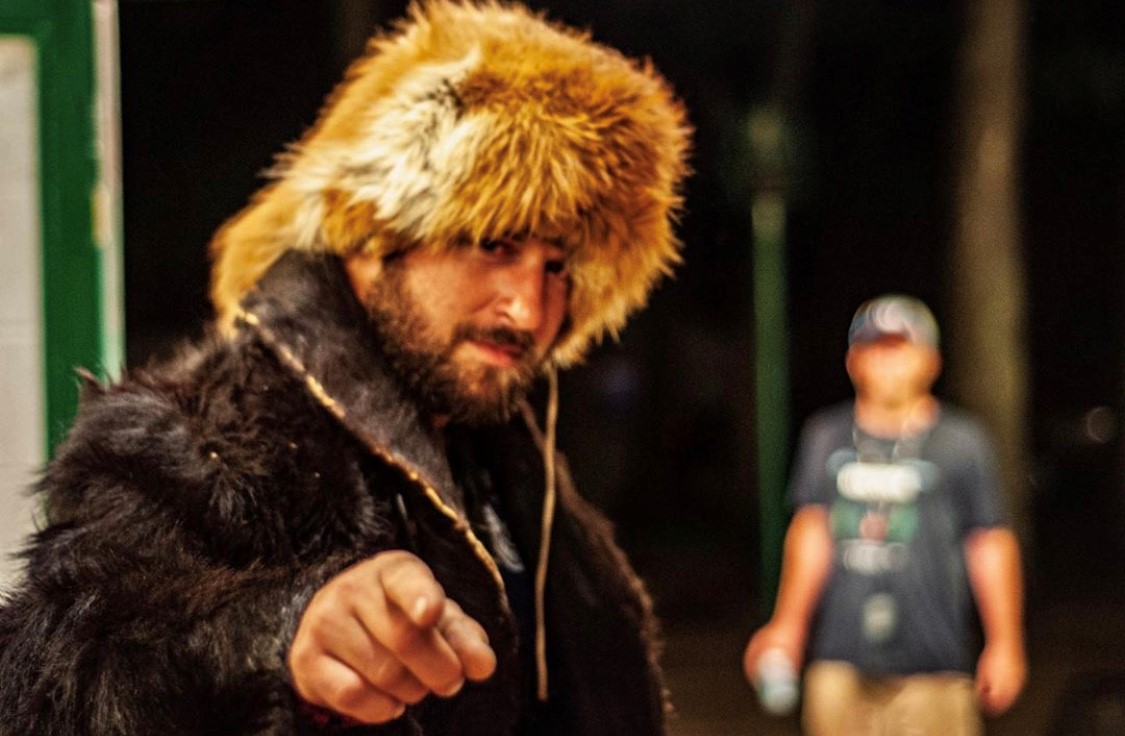 Saturday started early with educational and instructional seminars hosted by Michigan Chapter Board members with topics ranging from how to plan a successful Pint Night to event tracking and reporting. The Hunt Camp Podcast, hosted by Jeff Lipple, recorded a live crowd engaging presentation on social media perception in the Outdoors Community and was followed by the Michigan Department of Natural Resources live demo on how to navigate their website in search of digital maps for public land, water and trail access.

The afternoon featured a free flowing format as corporate sponsors and friends of the Michigan Chapter filled the lakeside grounds with gear booths, contests, seminars and hands on product demos from The Deer Hunter Podcast and Prime Archery, Vanguard Optics, Beyond the Ears, Scientific Anglers, Gum Leaf Boots, Rebecca Sunshine from Sunshine on the Rise Guide Service, Superior Outfitters and Guide Kole Luedtke, Heather Shaw and the Ruffed Grouse Society, Ron Boehm and the Hunting Dog Podcast and Tim Clarke of Michigan Saddle Hunters with guests and members Bryan Czajka and Ryan Nevedal. Attendees were able to browse and participate at their own pace or kick back and enjoy the camp and all of its beautiful beach frontage while the children spent hours dunking each other in the archery dunk tank, fishing on the banks of Big Star Lake and flinging arrows at the on-site archery range.

The Field to Fork event hosted by The Quality Deer Management Association in conjunction with Backcountry Hunters & Anglers welcomed several new hunters to the outdoors. The weekend of events offered them a full immersion dive into the outdoor community. This event brought novice hunters in and took them through hands-on instruction in hunter safety, ethics and game laws. Each participant learned how to safely handle a crossbow, and the course finished with a hands-on demonstration on butchering, packaging and preparing venison.

The day was long, but the barbecue dinner on behalf of the Michigan Chapter was the perfect meal to refuel the crowd. Goob’s BBQ Pit knocked it out of the park with their homemade pulled pork, brisket, mac and cheese and baked beans. The dining hall was packed and plates were full — nobody left hungry!

As dinner concluded, 100 plus public land owners made their way to the lakeside stage; the Public Lands Airstream set the backdrop and Annual Chapter Awards were presented to several individuals for their outstanding efforts and contributions to BHA and the Michigan Chapter’s mission. The award recipients follow:

With a little coaxing from some lamp oil the fires were lit! As the Atwater kegs began flowing, several personalities took the stage for the C.C. Filson Campfire Stories. The Deer Hunter Podcast crew, featuring Kevin Vistisen, Nick Bommarito and Ryan Nevedal, primed the crowd with humor and heartfelt memories of deer camp in Northern Michigan. BHA Lifetime Member Austin Motte lead us into our headlining speakers: outdoor TV personality Ron Boehme of The Hunting Dog Podcast and TV Show host and President of CarbonTV, Julie McQueen. Ron, in characteristic fashion, brought the house down, evidenced by the crowd’s roaring laughter echoing across the lake. 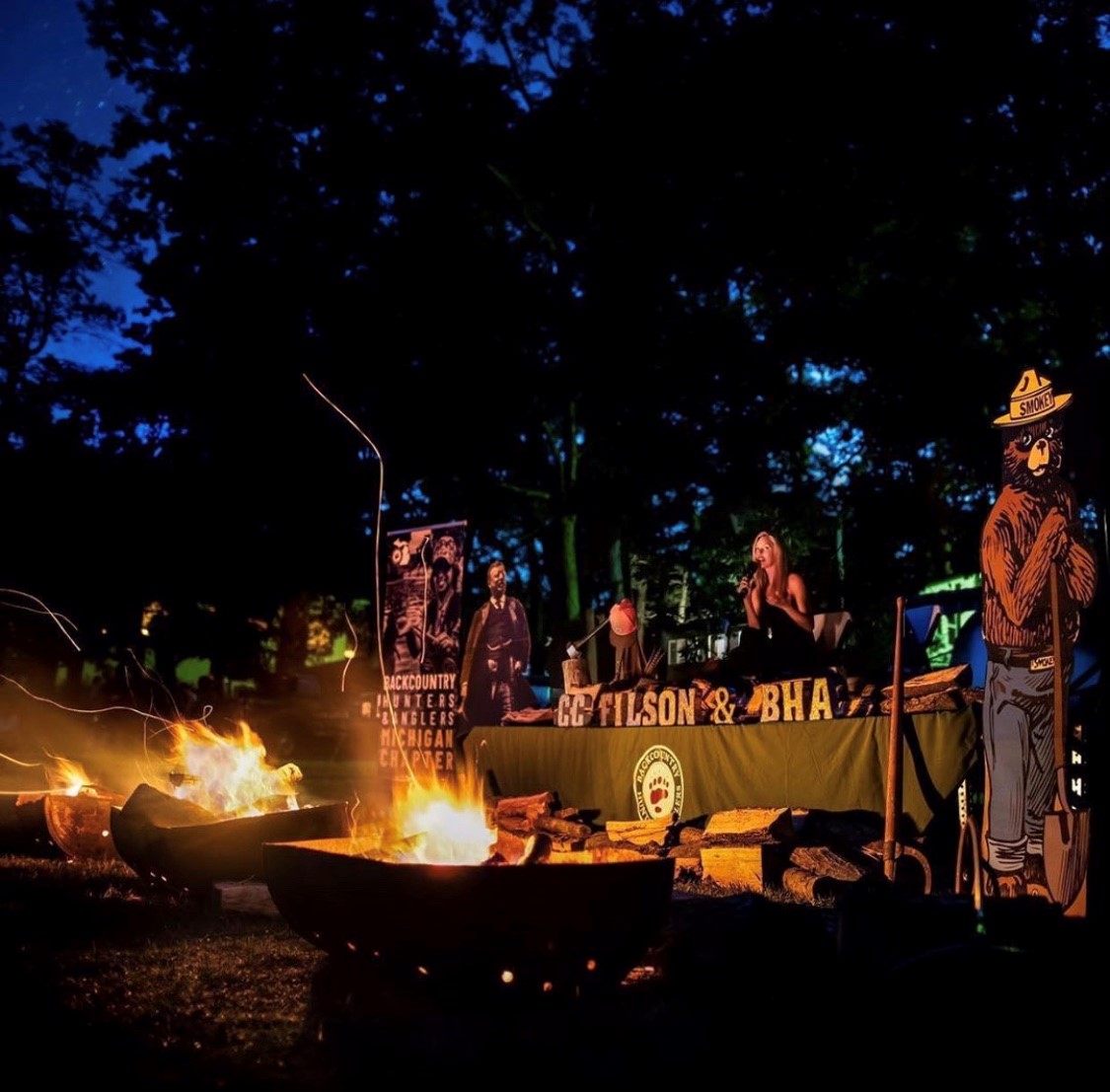 Bringing the entire event full circle, Julie reiterated the need for us as outdoor enthusiasts to find that common ground. As the campfires burned bright Julie told stories of being molded by the outdoors and the healing it can provide in what feels like the harshest times. It was a pleasure to listen to each storyteller, but it wouldn’t be a Michigan Rendezvous without an acoustic show from our very own Bob Busch! Bob capped off the evening with an all original backcountry acoustic set and rocked so hard his strings broke!

While stoking the fires, a wicked few told their own stories, laughed a lot, passed around a bear fur coat, made new friends and strengthened bonds late into the August night. Just as Backcountry Hunters & Anglers was formed around a campfire years ago, the bonds formed and the determination to protect our public lands, waters and wildlife for all to experience was further strengthened and energy was restored around a roaring fire in the heart of Michigan’s Manistee National Forest. The revolution was live and fully evident as everyone left with their proverbial cups overflowing. An amazing weekend spent on common ground! 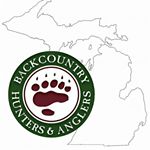