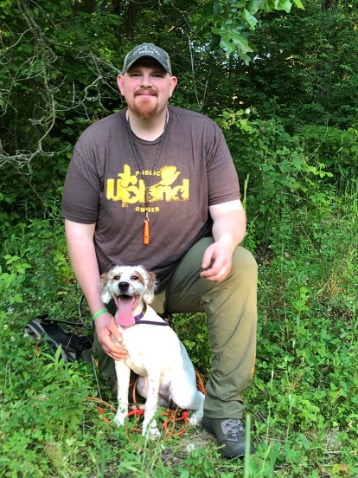 Austin Motte Chair – Austin was raised in the Thumb of the Lower Peninsula of Michigan. His childhood home was surrounded by 6,000 plus acres of state game land, which fed his passion for hunting, fishing and outdoor recreation. Austin now resides in the Lansing Mi area of the state.

In the spring Austin enjoys hunting turkeys throughout the state. During the late spring and summer Austin spends his free time at his family's cabin in the northern Lower Peninsula fishing and exploring public lands. Austin avidly hunts in the western Upper Peninsula, where his family gathers every year for Michigan’s firearm deer season. Austin enjoys hunting small game in the winter, mainly focusing on squirrels, on public land close to home.

Public lands offer many of us a place to escape the daily routine. There's no better way to hit the “reset” button. Whether it's witnessing the world come to life on a cold November morning, or wetting a line as a warm summer day fades away. We need to take care of the land and waters that take care of us. 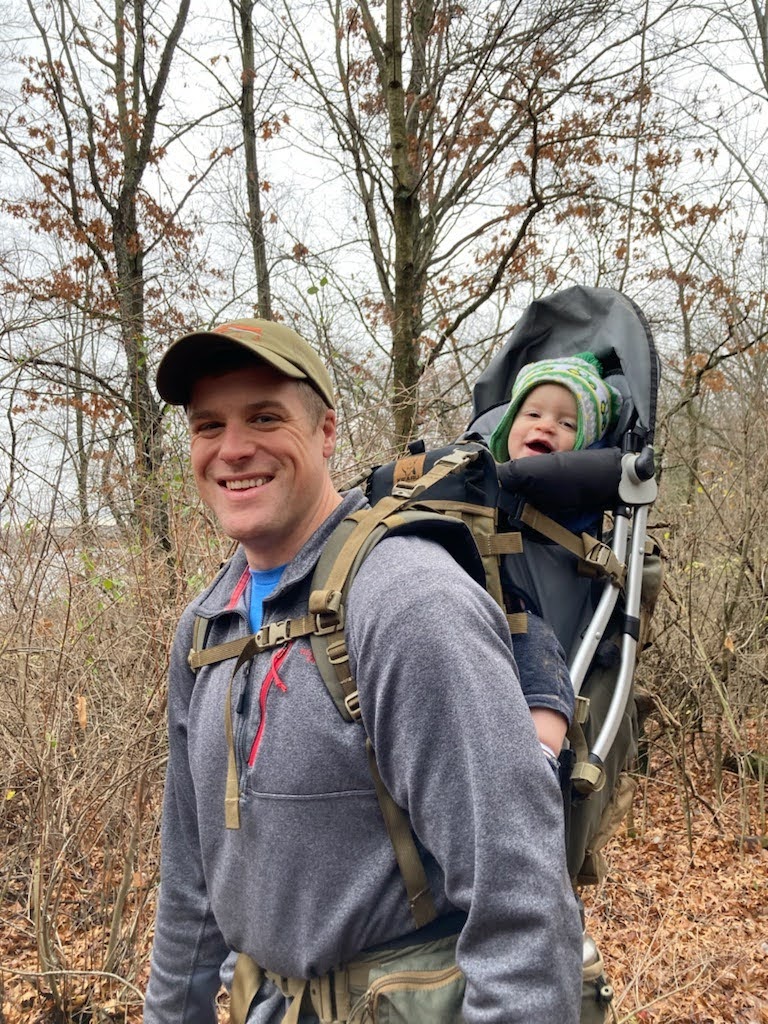 Bryan Czajka –Treasurer – Bryan lives in Brighton, MI with his wife and children. He grew up in Southeast Michigan and spent his childhood fishing, hunting deer, and camping all over the state with his family. As he got older, he began focusing his time outdoors pursuing waterfowl and whitetail deer.

More recently, he finds himself spending much more of his time getting his children outside to experience the outdoors. Bryan enjoys fishing, hiking, hunting animals both large and small, camping, foraging, and teaching his children to give back to the places that give us so much. He also enjoys getting creative in the kitchen with wild game, fruits, and vegetables harvested.

Bryan is passionate about sharing what he knows with others and introducing people to all that the outdoors has to offer. He participates as a mentor during collaborative mentored hunt programs. He also looks forward to BHA’s Hike to Hunt program each summer to raise funds and awareness for our public lands while staying active and preparing for the upcoming hunting seasons.

Nature and being outdoors means something different to everyone. Caring for and preserving the places and waters that give so much to us is extremely important, and Bryan intends to continue to be a part of protecting what we have today to ensure it is available and in as good of condition or better for future generations to benefit from. 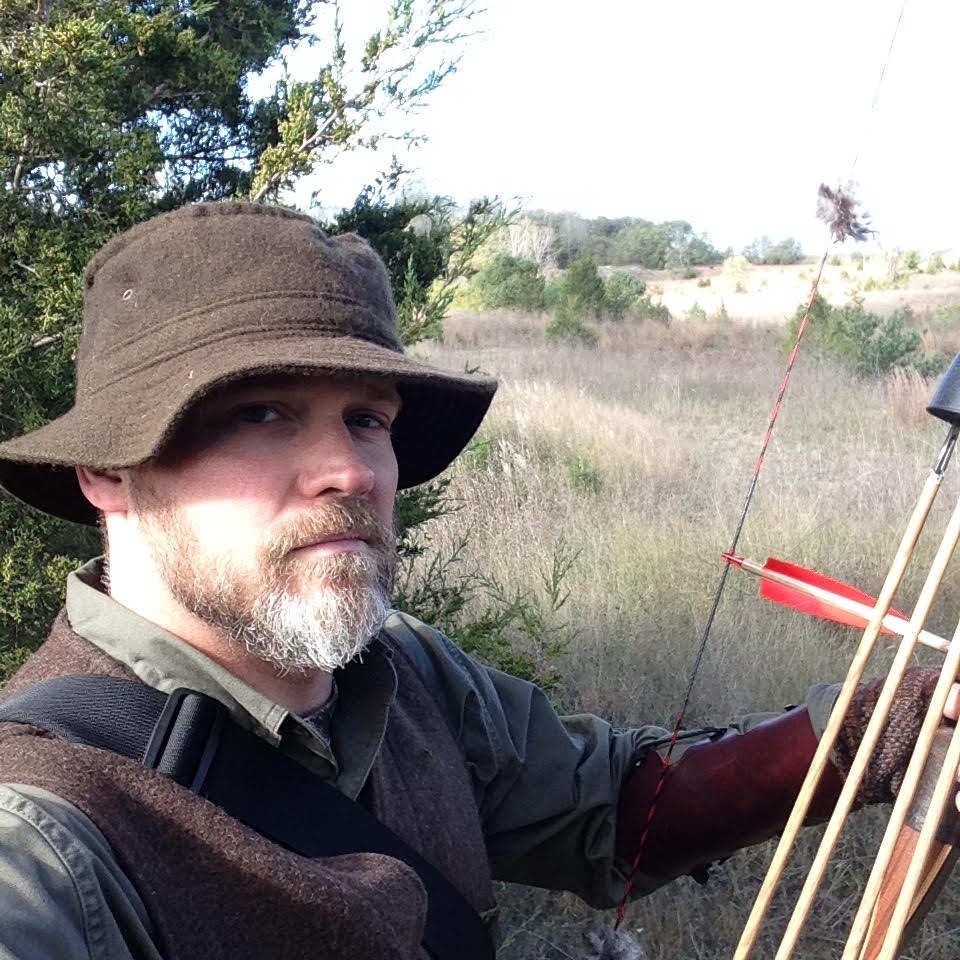 Ryan Tucker – Secretary – Ryan loves the outdoors and when he is not spending time with family; he is hiking, hunting, fishing (though he isn't very good at it) and camping. He volunteers with a few other conservation and hunting based non-profits.

Ryan’s goal, through this amazing organization, is to see that those areas in Michigan that are "public wild places" stay both public and wild for his daughter and all the future generations of anglers and hunters, and increasing the quality of habitat through conservation projects in Michigan. 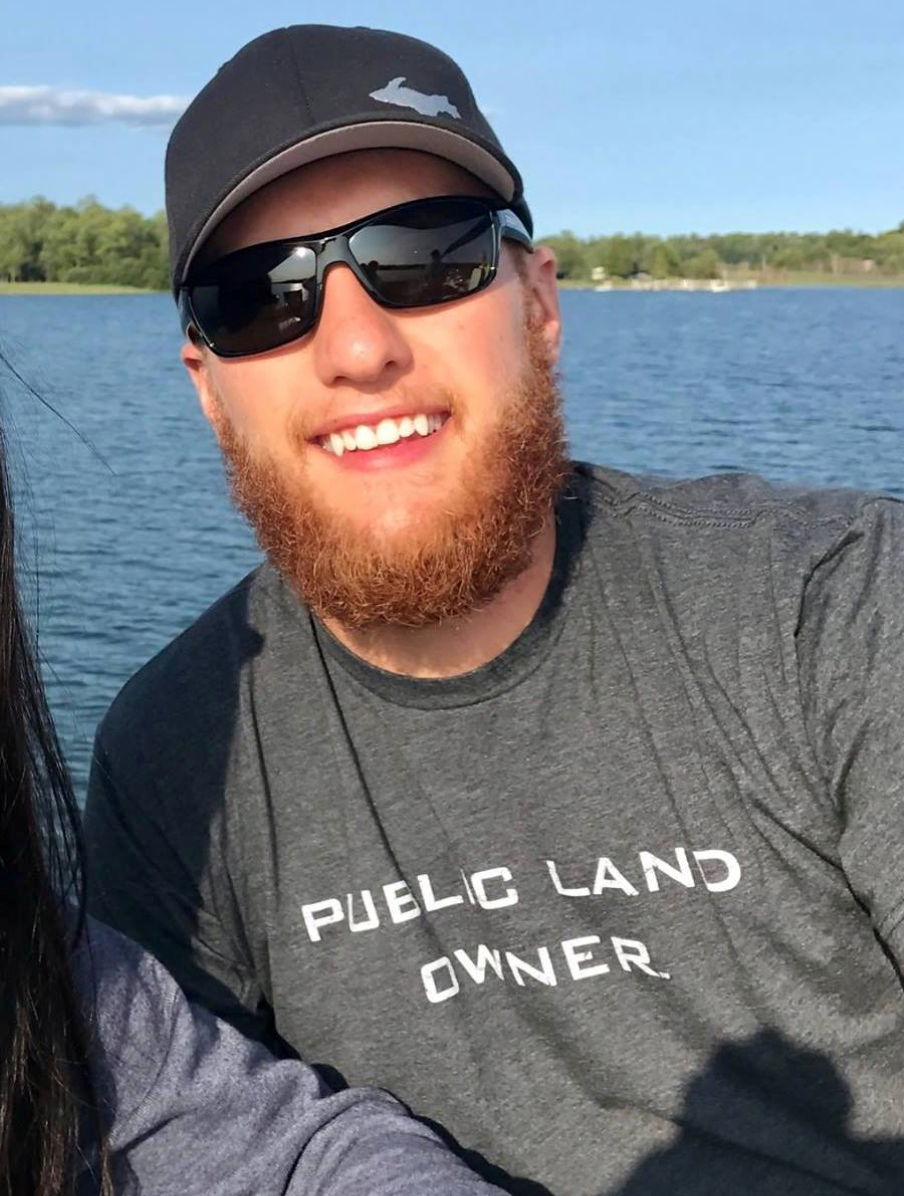 Jeff Lipple – Board of Directors – Jeff Lipple is the host of Hunt Camp Podcast where discussions are centered around hunting, fishing and conservation.  He owns Island View Resort, which is made up of cabins along the shoreline of Lake Huron. They are located within the Les Cheneaux Islands, in the Eastern Upper Peninsula.  Also, he owns Island Charters with his brother Greg, which takes people fishing for salmon and trout, from Mackinac Island over to Drummond Island.

When he’s not in the U.P. throughout the seasons, he lives in Shelby Township.  Him and his wife Christine have a Rottweiler and German Shorthaired Pointer.  He enjoys craft beer and traveling, whether visiting warm places like the Caribbean or adventures out west to Alaska, Idaho and Colorado.  Deer hunting is his favorite way to spend time outside, which is typically done on public land in the Northeast of the lower peninsula.  He also loves duck hunting, chasing upland birds with his pointer, catching King salmon and pulling jumbo Perch through the ice. 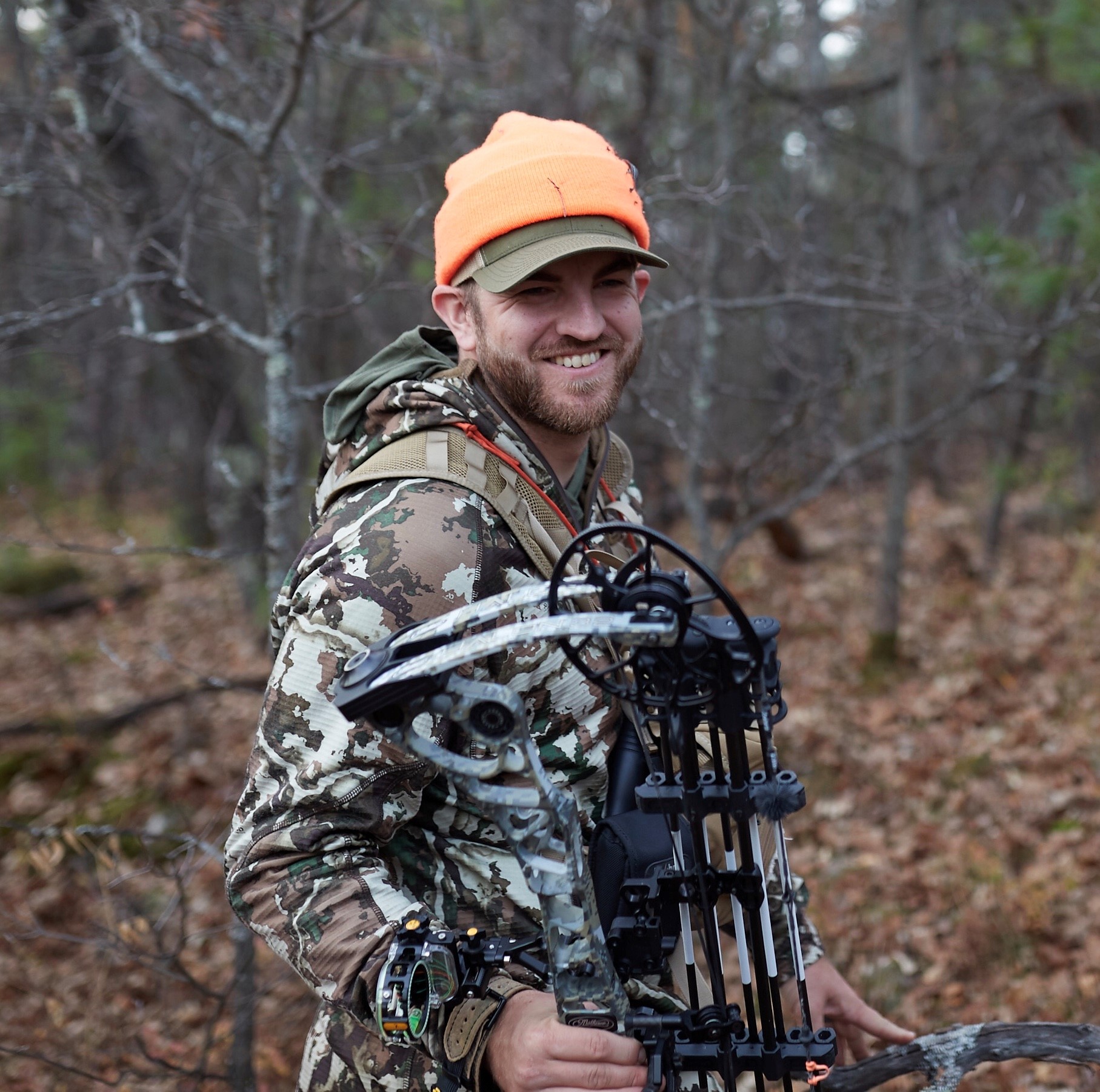 Josh Hillyard – Board of Directors – Josh lives in Brighton, MI with his wife and young son. He grew up in West Michigan fishing and camping and started hunting in his early 20’s. Josh is now an avid whitetail hunter and is the Whitetail Community Manager for First Lite. Prior to First Lite, he was the Assistant Director of Grassroots for the National Deer Association (formerly QDMA).

He has hunted whitetails on small public parcels in the metro Detroit area, cedar swamps of northern Michigan’s public lands, in the Boundary Waters Canoe Area Wilderness, the Badlands of North Dakota, whitetails and elk in Idaho, and more. In the spring, he enjoys shed hunting with his dog, a chocolate lab, and turkey hunting. He hits the Manistee River any chance he gets to do a little fly fishing and loves to fish the inland lakes of northern Michigan where his family has a cabin. When he is not hunting or fishing, he enjoys hiking and camping with his family.

Since Josh began hunting later in life, it fuels his passion to get others involved in the outdoors. He loves to mentor new hunters and introduce them to all hunting has to offer. He makes it a point to get someone new out each year and he hopes you do as well. It’s the only way our hunting heritage will continue on for the next generation of hunters and conservationists. Wild places and public access are vital parts for introducing newcomers and he is committed to fighting for those places. 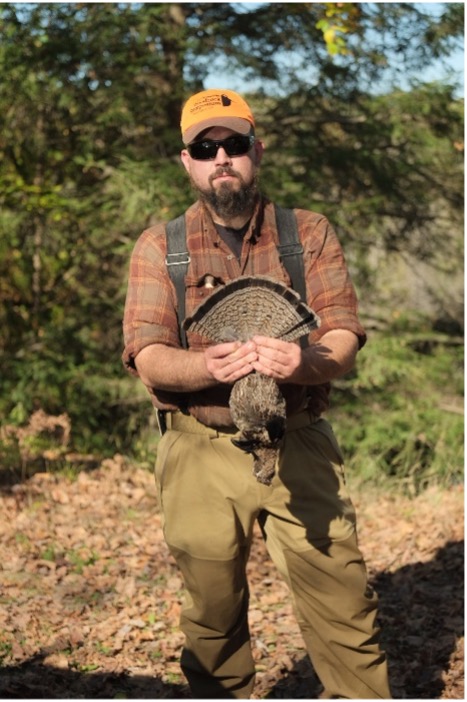 Zach Snyder – Board of Directors – Zach lives with his family in Southeast Michigan. A lifelong outdoorsman, he has been fishing since he could walk, and hunting since he's been able to. Zach hunts, or fishes around the state every chance he gets, but also spends as much time as he can outdoors with his wife, and children. He understands what it means to be good steward of the outdoors, and how important it is to pass on that stewardship, and outdoor heritage to the next generation.

Coming from the suburbs of Detroit, access and opportunity are paramount to Zach. While many of his earlier outdoor experiences took place in and around Alcona county where his family is from, as he got older, he began to explore other areas of the state. As he did this, he began to realize how most of those experiences would not have taken place if it were not for the abundance of public lands, and waters that we have access to in our great state.

Zach has worked in the metal fabrication, and manufacturing industry near Detroit for 18 years, he also operates a small side business specializing in custom outdoor products. He is also an active volunteer in multiple other state level, and national conservation organizations. 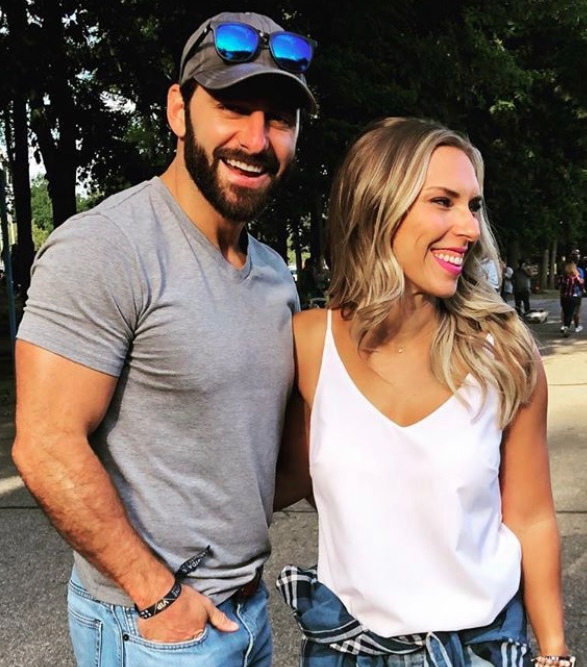 Brandon McGraw – Board of Directors – In Brandon’s professional life, he works as a Corporate Compliance and Trade attorney. In his personal life he is an outdoor enthusiast, dog lover, avid mountain biker, and Spartan fan. Brandon and his wife reside in Lansing, Michigan with their English cocker spaniel and golden retriever.

Brandon believes the woods and waters of Michigan are places that are essential for people of all walks of life to have access to, without the burden of having to travel miles away to recreate. Our lands and waters should be easily accessible and protected for generations to come. His involvement on this Board is to ensure outdoor enthusiasts, like our Board of Directors and thousands of BHA members, continue to be the voice for expanding and protecting public land and water access. 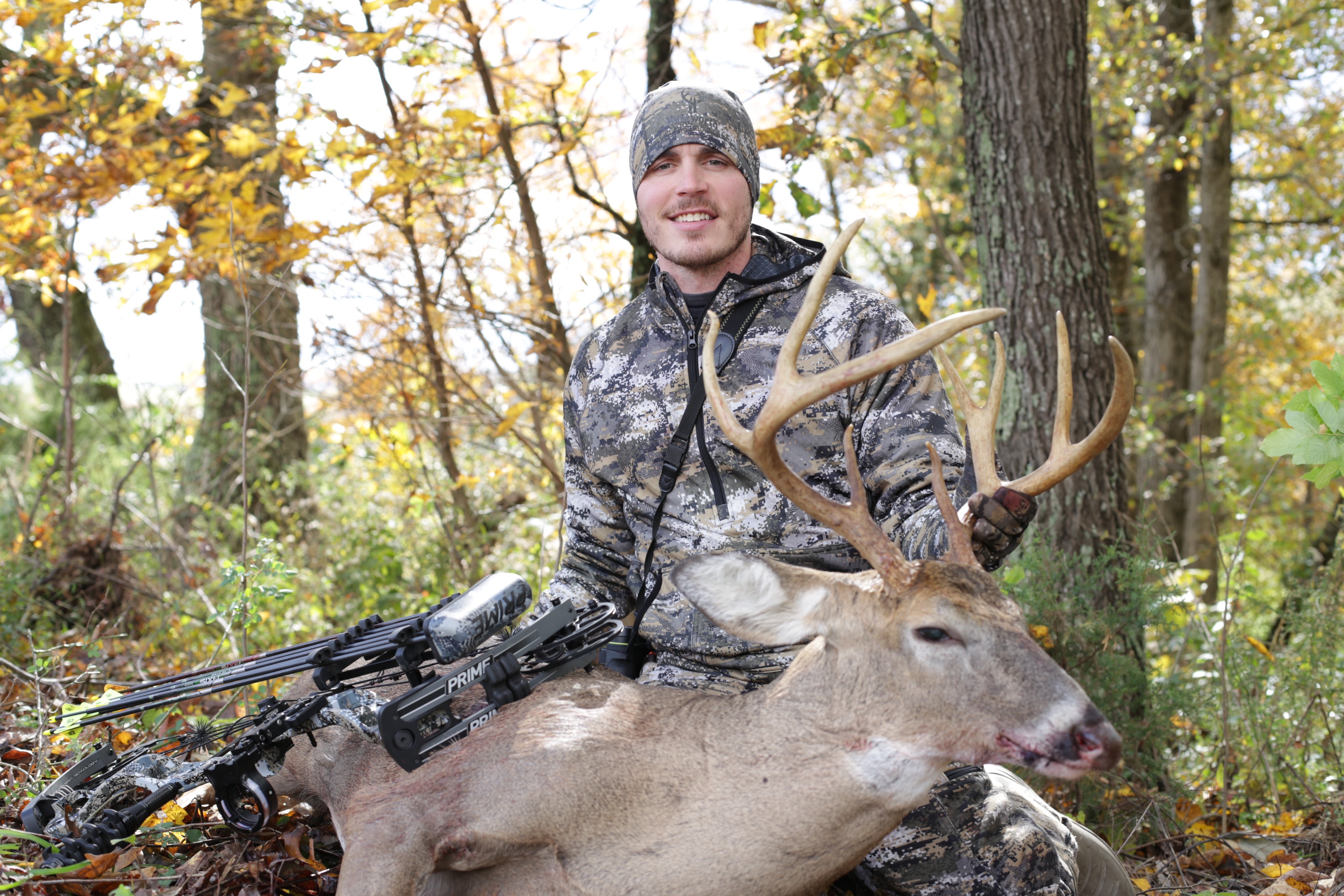 Jordan Browne – Board of Directors – Jordan grew up in the South-Central part of Michigan, spending most of his adolescence near of the town of Ionia. Growing up on a small trout stream with abundant wildlife, Jordan's obsession with the outdoors started at a young age and his passion for filming shortly thereafter. He’s been filming his outdoor adventures since the age 14.

After graduating High School, Jordan attended Michigan State University where he received a degree in Finance. While attending college, Jordan began working as a part-time as a cameraman for Michigan Out-of-Doors TV(MOOD TV). Shortly after graduation, he took on a full time role with the show as an Associate Producer and Social Media Manager. He’s been working for the show for over a decade and has helped produce more than 600 episodes. In addition to working for MOOD TV, Jordan has also assisted in producing shows for the World Fishing Network, Outdoor Channel, and the National Wildlife Federation.

Jordan now lives near Portland with his wife, Angela, and his two children. Jordan enjoys just about everything the outdoor lifestyle has to offer with bow hunting being his top priority.
Having spent nearly a decade highlighting all of the hunting and fishing opportunities in Michigan, he’s tried just about everything the Mitten has to offer. He’s also hunted around the country for deer, bear, and elk.

share on
See other pages related to Michigan BHA
Get the latest news and stories, right to your inbox.
Search
Local Chapters