Making the Switch: A Quick Guide to Going Non-Lead

By Mike McTee and Corey Ellis

Hunters have touted the lethality of non-lead bullets for decades. Take this quote from the NRA’s American Hunter Magazine:

Every now and then a new bullet comes along that redefines what we think we know about hunting projectiles. The Barnes all-copper X-Bullet was one of those, and it has become the most imitated big-game bullet on the market. It was introduced in 1989, and ever since the Barnes X has been a favorite of serious big game hunters wherever men take rifles into wild places.

Now, over 30 years after the first copper bullets began spiraling down rifle bores, hunters can find non-lead projectiles that will topple animals from prairie dogs to cape buffalo. Some bullets even deliver bone-shattering performance to 600 yards and beyond.

The reasons for switching to non-lead are numerous: excellent weight retention and penetration, consistent expansion, and less risk of lead fragments ending up on dinner plates and in the bellies of scavengers.

“Making the switch” makes changing ammunition sound like a bigger deal than it usually is. For most hunters who shoot typical distances with a common cartridge, it’s as simple as buying a box of non-lead ammunition, sighting in, and then going hunting. But we understand why many hunters might be hesitant. We hunters are a methodical bunch, and many of us have filled freezers with “our bullet” for years, so we want to be sure our new bullets fly true and help us notch that next tag.

Whenever you switch ammunition, your bullet’s point of impact on the target will usually change. This holds true whether switching from lead to lead, or from lead to copper. So, adjust your riflescope’s zero to match any new bullet. Like after buying a new rifle, hunters should consider trying several brands or custom loads of ammunition to find the one that shoots best. Also, remember to practice at the distances you expect to shoot while hunting and know whether your bullet will be carrying lethal energy that ensures sufficient expansion. Lastly, don’t be afraid to go light. Copper bullets hold together and retain momentum for maximum penetration. 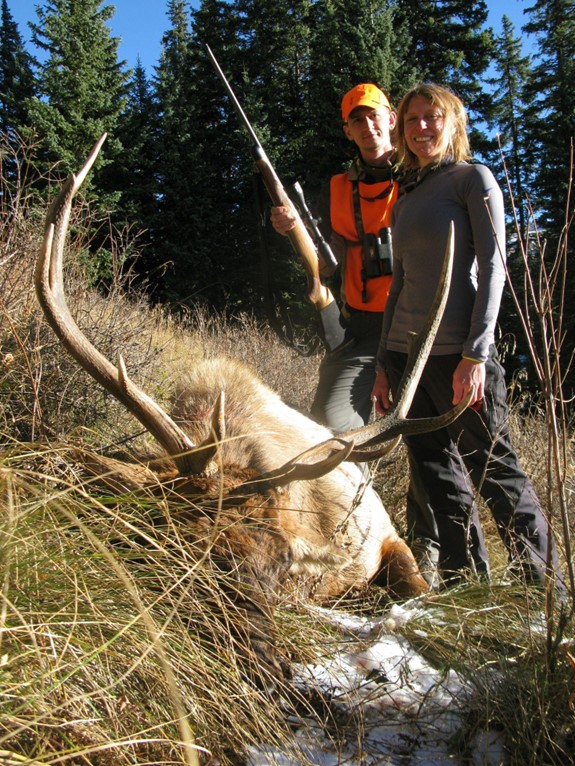 The availability of all ammunition—including non-lead—in our current market is hit or miss, but it’s improving. Where we live in Montana, stores are slowly stocking their shelves with ammunition. Searching websites like ammoseek.com is a good bet unless you reside in a state prohibiting online ammunition purchases.

The cost of non-lead has come down in recent years as the overall cost of ammunition has gone up. A quick look at cabelas.com listed Winchester XP (lead) for .270 Win at $34.99, while the Winchester XP Copper Impact (non-lead) cost $42.99. Meanwhile, Remington’s premium bonded lead core in .270 Win ran $59.99. Some hunters save money by practicing with less expensive lead ammunition. When the hunting season approaches, they re-zero their rifle with non-lead ammunition.

Securing non-lead options for less common cartridges sometimes requires extra effort. Corey owns a 100-year-old .300 Savage handed down from his great-grandfather. Although Corey never located factory-loaded non-lead ammunition for that cartridge, he found 137-grain Hammer bullets and asked a friend to load them. After a few test shots, Corey and his buddy developed a powder/bullet combination that drove 1” groups out of a century-old lever gun! The copper bullets have since taken antelope, whitetails, and mule deer. Another option is to hire a professional to custom load for you, such as Safari Arms or Copper Creek Cartridge Co.

Rimfire bullets might be tiny, but they can pepper gophers, prairie dogs, and other varmints with lead. Non-lead ammunition for rimfires is scarce compared to non-lead rounds for big-game, and practically nobody reloads their own. That said, Norma manufactures two .22 LR options, while CCI has offerings for the .17 HMR, .22 MAG, and .22 LR. The non-lead .17 HMR is a favorite of varmint hunters and CCI produces the TNT Green, which is priced comparably to lead. Non-lead options for the .22 LR receive mixed reviews in online forums and studies. But, CCI and Norma report speeds for .22 LR over 1500 FPS, meaning the projectiles carry considerable energy, at least up close

Non-lead isn’t limited to bullets. Because of the 1991 federal ban on lead shot for waterfowl hunting, there is a vast amount of writing on non-lead shot, tons of ammunition availability, and nearly endless choices of brands and loads. The Tom Roster Lethality Table is an excellent place to start thinking about how your shooting distances and pellet sizes might change with non-lead shot. Steel shot is affordable and patterns well with most shotguns. If you’d like your shot to pack the heftiest wallop, go for the more expensive tungsten. And for anyone lucky enough to own an old shotgun with a softer barrel, you may have to choose bismuth. 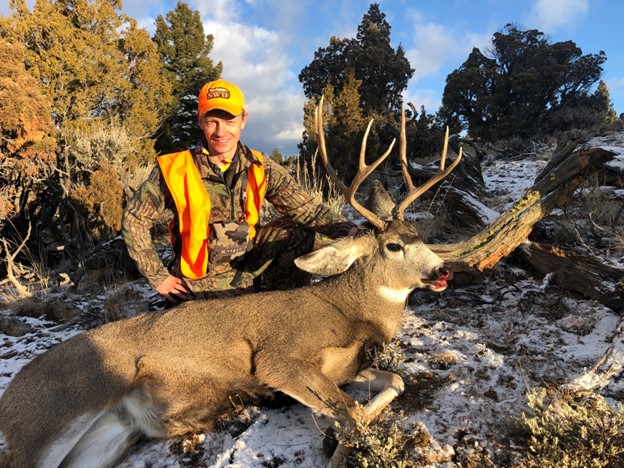 Hopefully, “making the switch” will now seem less intimidating. Between the two of us, we have watched non-lead take dozens of big game animals without one going unrecovered. So, will you give non-lead a shot?

Here’s a list of common non-lead options that should help get you started. 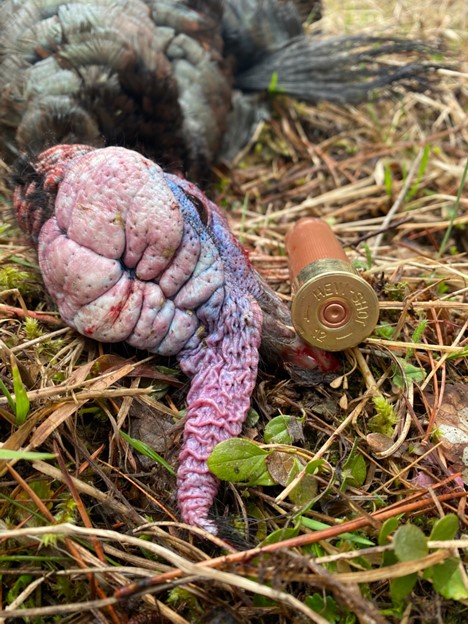 BHA member Mike McTee is the author of "Wilted Wings: A Hunter’s Fight for Eagles." His essays have appeared in the Flyfish Journal, Strung, Bugle, and Backcountry Journal. He lives in Missoula, MT.

Corey Ellis lives in Missoula Montana. He serves as Stewardship Leader on the Board of Directors for the Montana Chapter of Backcountry Hunters and Anglers. He spends his free time hunting, fishing, exploring public lands and advocating on behalf of wildlife and wild places.