Many people call the Tongass National Forest “America’s Salmon Forest” because so much of the pristine freshwater that feeds the vast salmon spawning grounds of Southeast Alaska originates in the high country here and is filtered through the dense coastal forests. Admiralty Island, a part of the Tongass National Forest, was designated a national monument in 1978, in part because the island – it is huge, 90 miles long and 35 wide – is sacred to the Angoon Tribe of the Tlingit people.

With much of the island protected within the Kootznoowoo Wilderness, and with old growth Sitka spruce and hemlock and Western red cedar dominating high country that rises to 4800 feet from the cold seas below, Admiralty is usually described in superlatives. It has the highest concentration of brown bears on earth and the highest concentration of nesting bald eagles, all sustained here by the very same resource that sustains – and is becoming the mainstay of – the economy of southeast Alaska: five species of Pacific salmon. The waters here are so rich that there is a unique occurrence of two runs of king salmon every year. There are steelhead, Dolly Varden, even a sea run variety of cutthroat trout. Sitka black-tailed deer abound, living amongst the bears in jungles of elderberry, salmonberry, alder and Devil’s Club.

Keeping this irreplaceable island ecosystem intact has been a goal of Alaskans, Native and non-native, for decades now. A private parcel of land in Whitewater Bay, the last major bay on the southeast edge of Admiralty was owned by an Alaskan Native family that wanted to sell but also wanted the land remain accessible to Native fishermen and hunters and the public in general. Tlingit roots run deep here – the abandoned village of Neltushkin lies deep inside the bay’s protective rocks and forests, and modern day Tlingit subsistence hunters and fishermen carry on a tradition in Whitewater Bay that is centuries, if not millennia, old.

In 2013, using money from the Land and Water Conservation Fund, the land at Whitewater Bay was purchased and transferred into public ownership, managed by the U.S. Forest Service, ensuring that these traditions and the ecosystems that support them will continue. 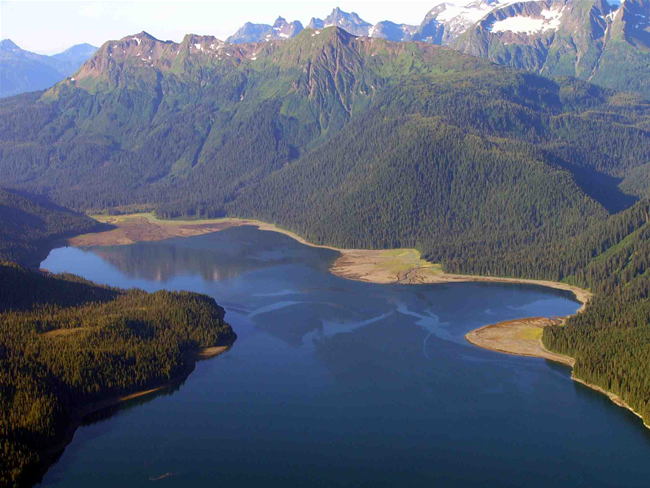 About Hal Herring
share on
See other posts related to access lwcf alaska issues
Get the latest news and stories, right to your inbox.
Search
Local Chapters