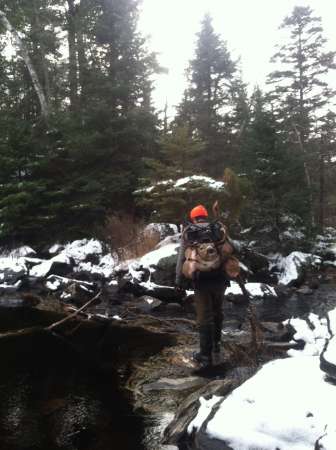 Minnesota Backcountry Hunters & Anglers (BHA) are a grassroots group of sportsmen and women who are united by a passion to protect and conserve the public lands, forests, mountains, prairies, streams, and lakes that support our hunting and angling traditions.

Nationally we seek to ensure America’s outdoor heritage in a natural setting, through education and work on behalf of clean water and wilderness. Founded in 2004, BHA is a 501c3 non-profit organization that works to conserve big, natural habitat and healthy rivers and streams. We work so our kids and grandkids are able to enjoy the high-quality hunting and fishing we cherish (www.backcountryhunters.org).

We respectfully request (for the reasons detailed in the report below: “Hunters & Anglers Question Northern Minnesota Sulfide Mining Proposals”) that you reject the PolyMet Mining NorthMet SDEIS and deny permits (i.e., a permit to mine and a Section 404 wetlands permit) that would allow PolyMet’s open-pit sulfide mine to irrevocably degrade Minnesota’s waterways and watersheds for centuries, if not indefinitely.

The plan for at least 500 years of active water treatment violates Minnesota Rules (6132.3200) that call for the mine to be left maintenance free at closure. Over 167 million tons of reactive waste rock would be left on the surface after closure. Surrounding this would be a system to collect contaminated seepage that must be monitored and maintained for hundreds of years or longer. A synthetic and soil cover placed over the waste rock pile would require annual maintenance, repairing of erosion, and removal of plants that might perforate the synthetic material.

And the proposed mine plan does not protect Minnesota taxpayers. The plan commits Minnesota to at least 500 years of polluted water treatment without providing critical information about how this will be paid for and who will be responsible for it. Details about financial assurance and a “damage deposit” the company provides are not outlined in the revised mine plan. The public does not know how much 500 years of water treatment will cost, how the company will be held responsible for centuries of costly water treatment, or how the public will be protected from liability.

PolyMet makes a lot of rosy predictions, but the SDEIS shows that pollution from the mine tailings and waste heaps will last for at least 500 years and pollution seeping from mine pits into the watershed “would continue in perpetuity.” This short-sighted sulfide mining proposal amounts to gambling with the future of our Great Outdoors, and Minnesota’s nearly 2 million hunters and anglers—and the bait shops, sporting goods stores, resorts, fishing guides, outfitters, gas stations and hotels that depend on their business—won’t stand for it.

We understand that healthy public wildlife habitat, rivers, and streams are the foundation supporting the American pastimes of hunting and fishing. Thank you in advance for your efforts to protect northern Minnesota’s pristine waters, wildlands and wildlife, and for considering our “boots-on-the-ground” input regarding these sulfide mining proposals.