Letter to Editor: Defending Public Access & Our Freedom to Roam 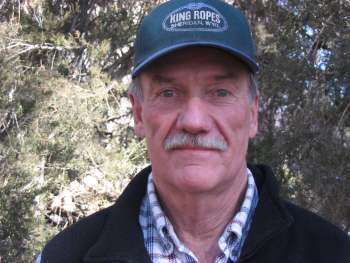 In Colorado and much of the west, it has gotten harder to simply move across the parts of the landscape that were special when some of us were growing up here. Many things conspire to take away access even as we try and maintain some of it for our future generations. Currently, there is an insidious but relentless effort to transfer federal public lands to the states. This is a bad idea. It will ultimately impact those who like the freedom of being able to don a pack or saddle a horse or ride a bike and experience beautiful country that is largely undeveloped. Federal land ownership helps to ensure that we will continue to have such access. State lands do provide some important public access and school revenue but 80% are privately leased and have limited access.

As has happened in Europe and elsewhere, a fair number of farms and ranches in the US are being purchased by the well-to-do, managed less for agricultural production and more as exclusive retreats for those with business connections or the means to pay. The number of working ranches and farms where one can ask permission and/or pay a modest trespass fee for access has declined which means we need federal and other public lands all the more.

Local open space programs, private land conservation and land trusts help to counter the pressure to intensify economic activity on all parts of the landscape. They help maintain agricultural land and water, natural areas and like federal and state lands, some public access that goes beyond visual open space. We need to support such programs and to honor and continue to provide incentives for private landowners who conserve rural lands from development, provide habitat and allow even limited public access (close those gates) while producing needed food and fiber.

The freedom for people to access and simply be able to move across land is one of the things that has made our country unique and more egalitarian. For many of us such freedom has provided cherished memories and helped define who we are. It is a part of our collective heritage and our children’s inheritance not to be squandered. So, let’s not sell or transfer federal public lands and let’s support state, local, private other efforts and the elected officials that will allow future generations the freedom to roam across and experience some portions of the whole landscape.  It is a freedom many of us had and took for granted while growing up in Colorado - but one that will continue to slowly slip away if we don’t act to maintain it.