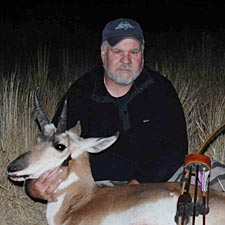 Those of us who had the pleasure of knowing Larry Fischer of Boise, Idaho, know that he was a big man with a big heart and big ideas. Larry joined the national board of BHA in 2012 at our first Rendezvous in Missoula, MT. Prior to that time, he was active in the Idaho chapter and was one of our state regional reps and remained so up until his passing.  Larry was a driving force to include more business partners in supporting BHA, both in Idaho and nationally. Larry and his late father, Bernie, were partners in B.A. Fischer Sales Company, a regional wholesale irrigation supply house where his son, Blake, is now in charge.  Those of you who knew Larry know it was almost impossible to say “No” to him: he just wouldn’t accept that answer when he was calling on you for support of a good cause.  Larry and Blake lead the charge for business involvement in our 2013 Rendezvous in Boise, ensuring that the event would be a financial success as well as a chance for like-minded sportsmen and women to meet one another and share ideas and knowledge.

During the year BHA had an interim director, Larry was a huge support, lending sage advice to staff and always being available to listen. He made the transition to our new ED a smooth one for all concerned.

Mike Beagle, founder of BHA and President Emeritus has this to say about Larry:  “He brought pragmatism, determination and focus to our board during a crucial time period in our history. Larry’s hard work to garner support from the corporate world has brought BHA to a level of professionalism and growth that has helped launch us into the 21st century. His best qualities were his selfless and friendly demeanor and genuine “can do” spirit.  Larry would go miles out of his way to help people.”

About Blake Fischer
share on
See other posts related to the campfire Backcountry Stories
Get the latest news and stories, right to your inbox.
Search
Local Chapters