The bowline (pronounced bow linn) creates a loop in the end of a rope. The loop is ideal for tying guy lines to tents or tarps, tying a painter to a canoe or kayak, or as in its incarnation tying the bow of a boat to a pier. While a loop can be created by tying an overhand knot in a rope, tension on the knot may pull it so tight it cannot be untied. Nor can such a loop be used to fasten a line to a tent or tarp.

Step 1 – Cross the tag end of a rope over the standing line. Run the tag through the tent loop or grommet on the tarp. 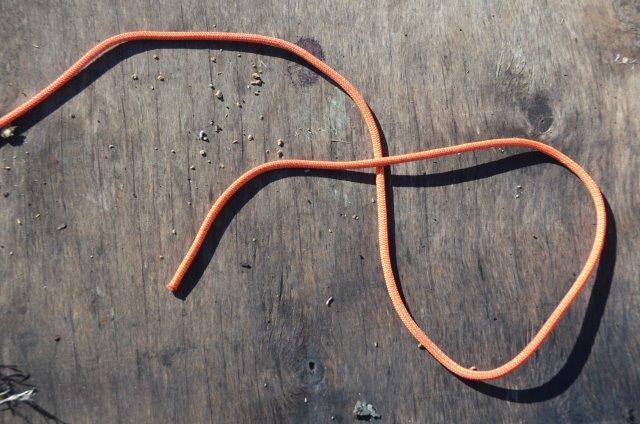 Step 2 – Insert the tag through the loop. 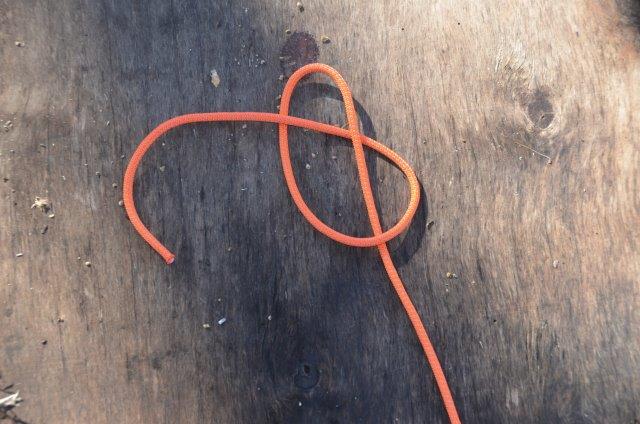 Step 3 – Wrap the tag end around the standing line above the loop. 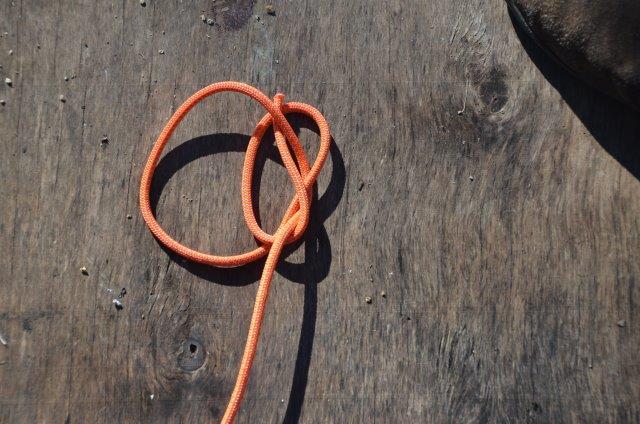 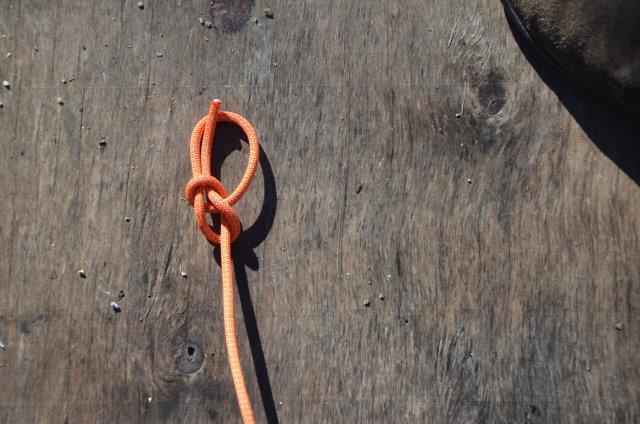 The Alpine Butterfly Loop is a knot for making a loop in a standing line. The Alpine Loop is easy to untie. Once thought of as a climber’s knot, the Alpine Loop is of use to campers. The bights might be tied to grommets on the corners of a tarp and a line can be tied to the loop and then to the single nearby tree to secure the tarp. The load in such a case is distributed across all three knots.

Step 1 – Wrap the line around your hand twice, making the first loop close to your fingertips. 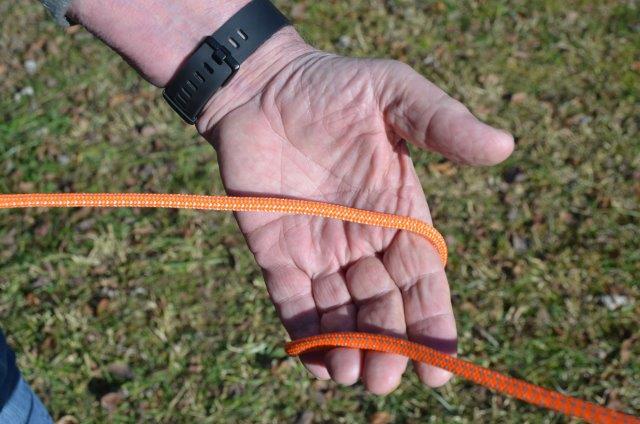 Step 2 – Continue the wrap and end wrap two near your thumb. 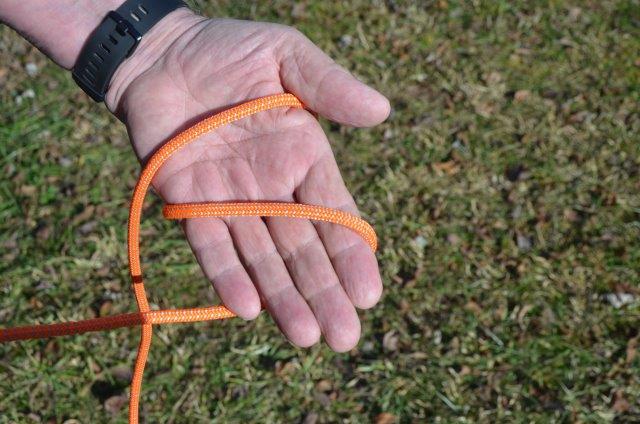 Step 3 --  Create a loop near the finger tips, somewhat larger than shown in the photo. 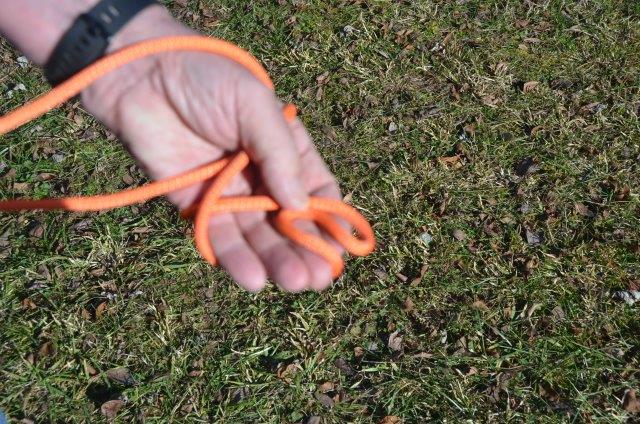 Step 4 – Pick up the loop near the finger tips and extend it below the two turns around the hand. 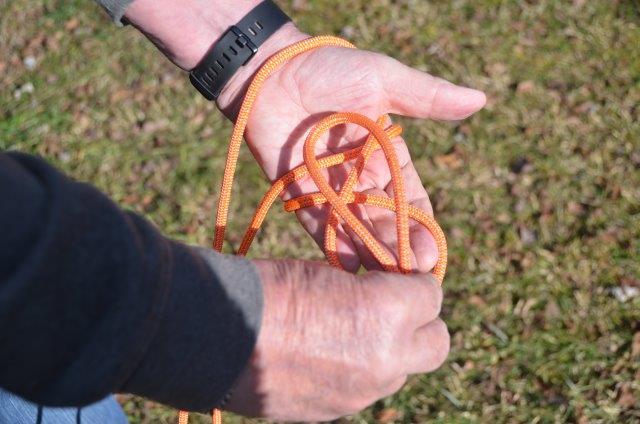 Step 6 – Take the loop and slide it under the turns around the hand. 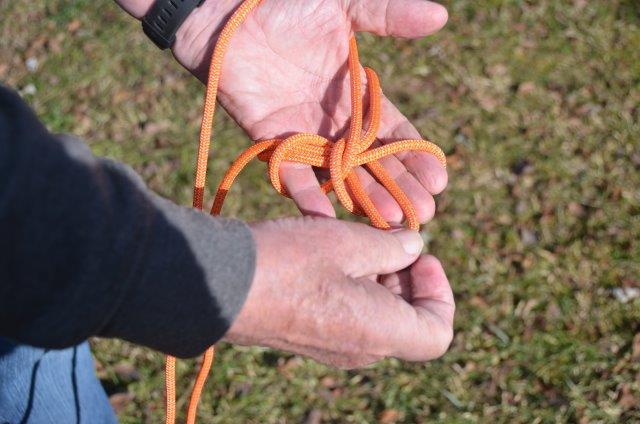 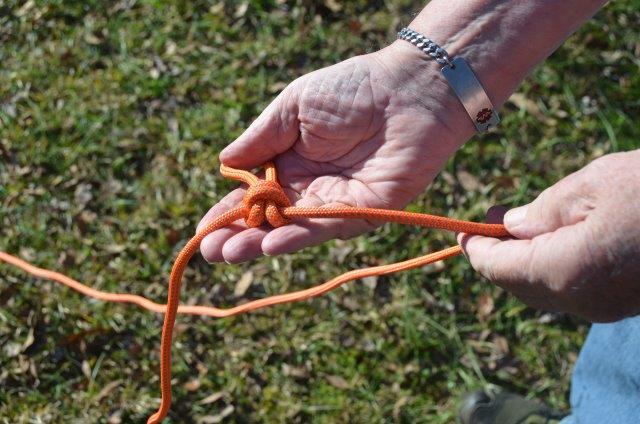 For more knots and how to tie them, buy John Cassidy, The Klutz Book of Knots,  Geoffrey Budworth, The Complete Guide to Knots and Knot Tying, and Animated Knots by Grog on Amazon Smile and choose BHA as your preferred non-profit!

About Tim Mead
share on
See other posts related to backcountry journal spring 21
Get the latest news and stories, right to your inbox.
Search
Local Chapters