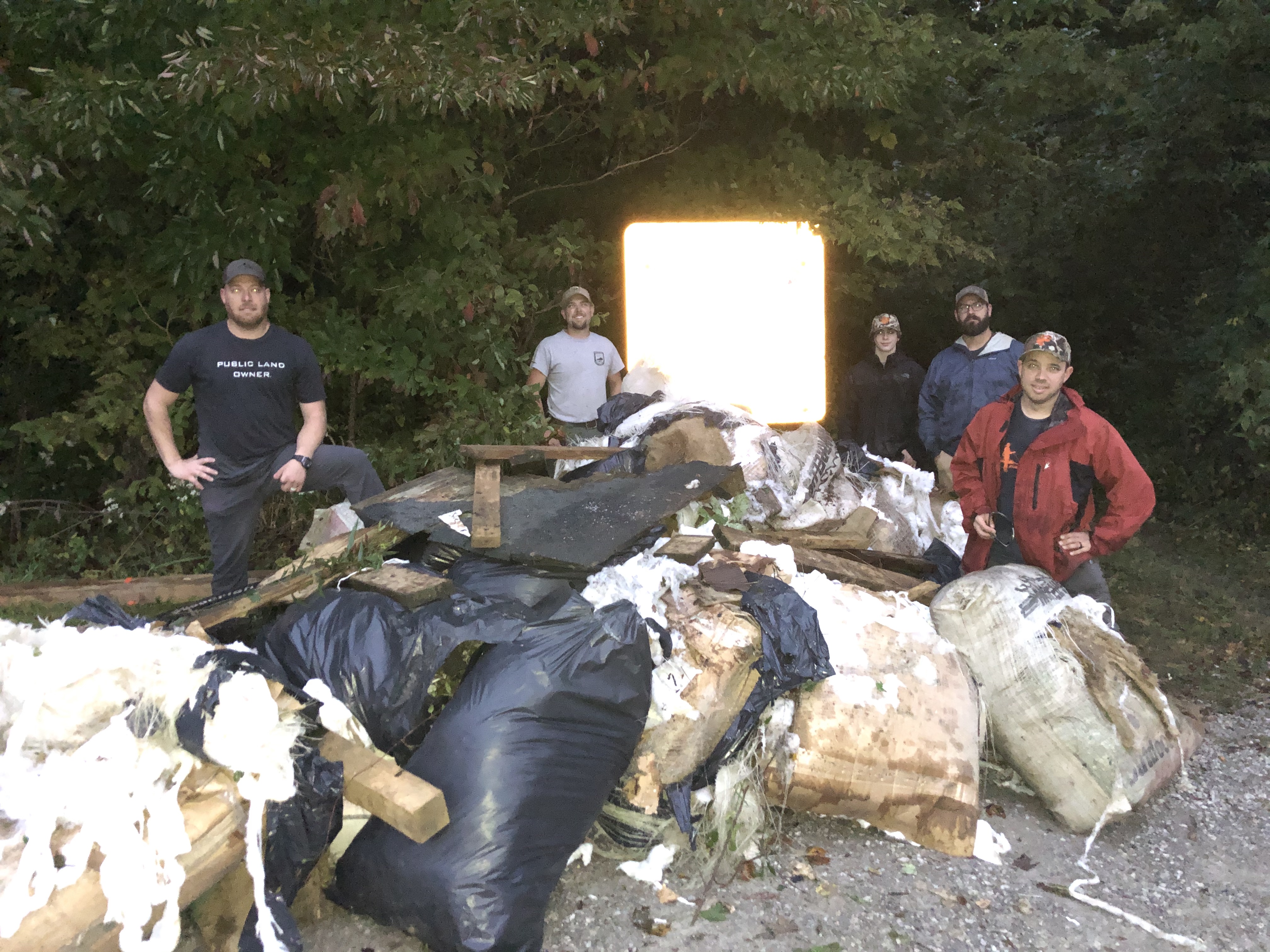 Crittenden, KY – An equipment salesman, a firefighter, a beer delivery man and his son meet a Fish and Wildlife employee in a parking lot. What sounds like the making of a bar joke unfolded on September 28th in a quiet woodlot off of KY-491. The meeting was not by chance and there was no joke involved — just seven people pouring themselves into three hours of hard labor amongst raindrops and wind gusts. The group isn’t seeking accolades or recognition, just the satisfaction that everyday folk will soon be able to enjoy more of the outdoors.

Curtis Gates Lloyd Wildlife Management Area was once home to a resource like no other in Northern Kentucky: a public archery range and trail course. Although the archery range was still open, it was in disrepair, required rebuilt target frames and the replacement of target bags. The archery trail had been closed since August of 2017, resulting in shredded range bags, damaged structures, accumulations of trash and severe overgrowth of briars and honeysuckle.

Kentucky BHA had been seeking a public lands project in the 5th Commission District, and Ethan Newman, WMA Manager for the Department, brought this restoration project to light. A multi-phase plan was crafted and a date set to clean the trail and range, remove debris, eliminate overgrowth, and prep the sites for new targets. On the last Monday of September, only weeks after the project was conceived, four volunteers and three KY Department of Fish and Wildlife Employees completed phase one. Ethan Newman and his seasonal worker Cody Jarrett restored four of the five archery range targets while Public Lands Biologist Dave Frederick assisted the volunteer trail crew in removing trash and debris tallying 41 contractor-size trash bags.

“The restoration of this range and trail is a key that can open doors for Northern Kentucky hunters and archers,” explained Josh Rodamer, 5th District Director for Kentucky Backcountry Hunters & Anglers. “If you live in an apartment or a subdivision with no safe area to practice, it may be difficult to afford indoor archery ranges; forgoing practice and the confidence that comes with it.”

In the 2016 National Survey of Fishing, Hunting, and Wildlife-Associated Recreation, the U.S. Fish and Wildlife Service found that 12.4 million people participated in archery, while only 11.2 million people hunted. A free to use archery range and trail, of varying distances and elevations provide not only a unique opportunity for the KY archer but also an amazing opportunity for an aspiring hunter. KY continues to see a decline of resident license sales, and opportunities to minimize barriers to hunting recruitment and retention are of high value.

The remaining phase of the project is planned to be completed later this year or in early 2021, depending on the availability of supplies and volunteers. It is important that we continue to restore these public facilities and keep them clean and well maintained. Kentucky Backcountry Hunters & Anglers asks that you report vandalism or illegal activity on our public lands or to our natural resources to 1-800-25-ALERT. If you are interested in volunteering or being a voice for our wild public lands, water and wildlife, email us at [email protected] 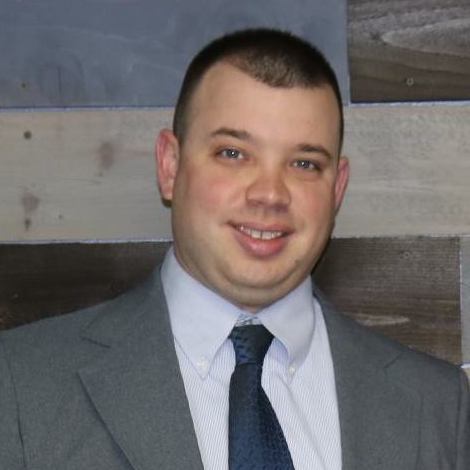 I’m a Christian, husband and father that believes in connecting with an amazing creation.