Fight for Good Management of Kentucky's Fish and Wildlife

Thank you, Sportsmen and Women of Kentucky! We had another big win this week when Representative Massey withdrew HB 395 as a show of good will in response to our efforts. Additionally, Senator Robin Webb amended her Senate Bill 217, the mirror to HB 605, following our meeting with her Friday 03/04/2022.

Senator Webb has ensured procurements by Kentucky Department of Fish and Wildlife Resources (KDFWR) will be made subject to KRS 45A, the Kentucky Model Procurement Code, she has pulled the Commissioner and Commission under the Kentucky Ethics Commission per KRS 11A, and provide for an annual audit of procurements and associated procedures annually. Thank you, Senator Webb!

While we want to celebrate these improvements, we cannot do so by ignoring the harmful provisions that remain. Unfortunately, these amendments do not fully address Kentucky sportsmen and women’s concerns with either SB217 or HB605, which continue to threaten conservation and Kentucky’s hunting, fishing, trapping, and public lands heritage. The FIGHT is not over.

Kentucky BHA continues to remind our legislators in both chambers, that our “system was created by Kentucky Sportsmen [and women] to ensure that both managerial and financial control of the state’s wildlife resources stayed out of political control.” These bills, in their current form, can be weaponized to distract our Commission’s and Commissioners’ attention away from science-based, evidence proven, best practices for protecting Kentucky fish, wildlife and wild places.

Remember, Kentucky sportsmen and women pay the bills, with over 90% of the Kentucky Department of Fish and Wildlife Resource’s annual budget coming directly or indirectly from the licenses we purchase. As such, sportsmen and women have been granted a say in the management of KDFWR through our volunteer Fish and Wildlife District Commissioners. These bills threaten our involvement in selecting Commission members as well as our ability to ensure efficient and ethical management of KDFWR.

Our major concerns still exist in Senate Bill 217 and House Bill 605 and for these reasons, they must be defeated.

If you wish to review the bills in the official forms please follow these links: Senate Bill 217 and House Bill 605.

Please join Kentucky BHA in urging your members of the Kentucky House of Representatives to vote “NO” Senate Bill 217 and House Bills 605. 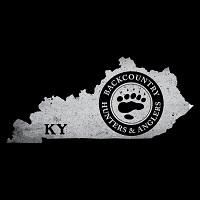