It's Time to Recover Our Wildlife 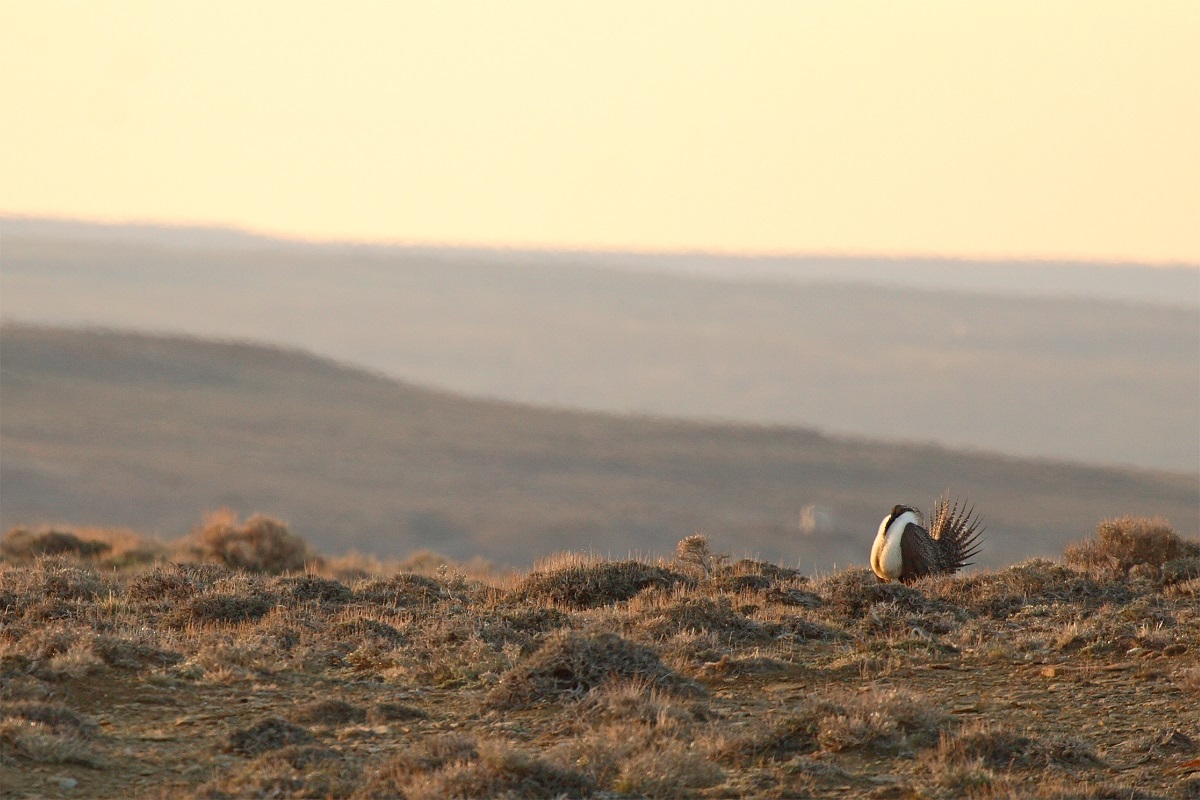 Sage grouse are one of the many species likely to benefit from RAWA. Photo: istock.com/gatito33

For me, fall is a season that I look forward to all year long. It often means an elk camp with my closest friends and meals of wild game and wild mushrooms shared around a campfire underneath a blanket of New Mexico stars. It means bugles in the crisp morning air and, if I do everything right, days of work packing out and processing the meat that will sustain my family through the balance of the year.

Elk were extinct in New Mexico a century ago. But thanks to previous generations of conservationists and sportsmen, I have the privilege of interacting with this amazing and beautiful animal. I am indebted to the foresight of people like Aldo Leopold and Elliot Barker whose actions led to the restoration of elk, mule deer and pronghorn populations in New Mexico and species like wild turkey, Canada geese and whitetail deer all across America.

The natural abundance of wildlife that all of us have inherited is the direct result of the work financed by bedrock conservation laws like Pittman-Robertson and Dingell-Johnson. Yet despite the incredible successes of these programs, particularly with sportfish and game species, it’s been clear for decades that too many species of wildlife are in decline or headed towards extinction.

Although state and local wildlife agencies have proven wildly successful over the past century in enhancing habitat specifically for sport fisheries, migratory birds, and big game species like elk, tens of thousands of other plant and animal species in America are experiencing dramatic habitat loss. Without enough resources, we’ve been forced to pick and choose which species are worthy of our attention and only stepped in to help animals and plants after they’ve been listed as threatened or endangered.

We must change this paradigm. That’s why I am teaming up with my Republican colleague, Sen. Roy Blunt, to fight for the passage of the bipartisan Recovering America’s Wildlife Act or RAWA for short. Our legislation would establish a robust and reliable federal funding stream that has long been the missing piece in scaling up the collaborative, on-the-ground conservation work that has proven effective at helping plant and animal species recover to healthy levels.

Once it’s passed RAWA would deliver $1.3 billion in dedicated annual funding to states, Tribal Nations, and U.S. territories to support locally-driven, science-based restoration projects that improve the long-term health of fish and wildlife habitat. These projects would be guided by State Wildlife Action Plans that have been developed collaboratively with wildlife agencies, private landowners, conservation organizations, land trusts, and scientific researchers engaged with at-risk fish and wildlife.

In total, the Recovering America’s Wildlife Act would provide our wildlife agencies with the support they need to implement their recovery efforts for the 1,600 U.S. species already listed as threatened or endangered. And it would allow them to actively recover the thousands of species of wildlife and plants that are in serious decline.

Habitat restoration projects funded by the Recovering America’s Wildlife Act will also create major economic benefits. That includes good-paying jobs in rural communities all across the country. We will protect the forests, coastal wetlands, and watersheds that Americans depend on for clean air and drinking water. And we will preserve the outdoor recreation activities that support millions of jobs all across our country.

The numbers of wildlife currently facing down threats can be daunting. But just think how dire things must have seemed decades ago when many sportsmen came together to establish a tax on themselves and to voluntarily limit harvest in order to recover the game they loved to hunt. We have a moral obligation to follow their example if we want to successfully recover healthy populations of wildlife species – from bison to bumblebees.

This is not a partisan issue. At a time when it’s proven difficult to find bipartisan agreement on most issues in Washington, the outdoors and our public lands have proven to be a uniquely uniting force. Last year, I was proud to be part of a broadly bipartisan movement of conservationists and sportsmen that secured the final passage of the historic and bipartisan Great American Outdoors Act. That new law is already growing our support of landscape conservation through a fully funded Land and Water Conservation Fund and helping us finally tackle the longstanding infrastructure backlog at our national parks and public lands.

I’m proud that we have built a broad and bipartisan coalition – including Backcountry Hunters & Anglers – that is calling on Congress and President Biden to keep up our momentum from the Great American Outdoors Act and pass the Recovering America’s Wildlife Act into law. I encourage you join us and call on your representatives in Washington to help us get the Recovering America’s Wildlife Act across the finish line.

If we can get this done, my grandchildren and future generations of Americans will be able to experience the same rich and abundant American wildlife that we have been so lucky to grow up with. I want them to experience the same wonder I had as a child catching leopard frogs and watching fireflies light up the dark.

If we can pass the Recovering America’s Wildlife Act and invest strategically in recovery and habitat restoration for a broader range of species, we will pass on the full complement of our natural heritage as well as traditions like hunting and fishing to future Americans. I hope you’ll join me in this effort to pay it forward.

Martin Heinrich is a U.S. senator representing the state of New Mexico.

Click here to voice your support for the Recovering America's Wildlife Act.

This story originally appeared in the Winter 22 issue of Backcountry Journal. Join BHA today to get your copy.