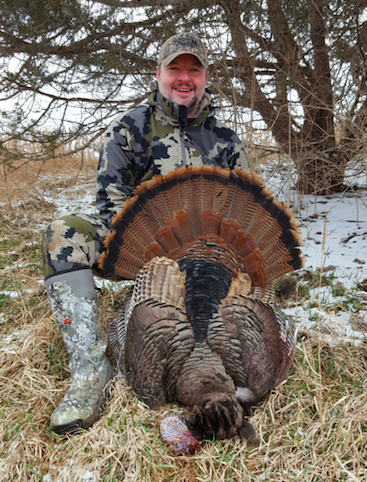 I am a native Iowan that found my own way to the outdoors for the most part as I did not grow up in a hunting or fishing family. Because of this I had very little private land opportunities available to me and spent much of my time hunting and fishing on public land in Iowa, and continue to do so. Starting out as an upland and waterfowl hunter, I have more recently become obsessed with Iowa deer and turkey hunting, both of which I hunt exclusively on public land. I have also started looking at public land opportunities out West for mule deer and elk.

Hunting and fishing have enhanced my understanding of why we must protect wild animals and wild places, and fighting for our public lands is the best way to do so. This is what brought me to Backcountry Hunters and Anglers and I am excited to do my part along with the rest of the Iowa BHA Board of Directors and BHA members around the country. 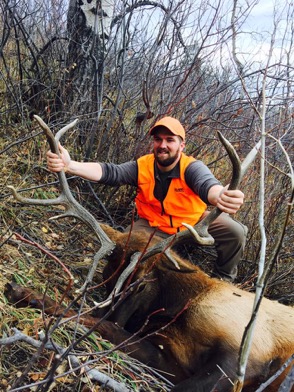 I grew up in Indiana hunting on private ground and fishing public waters. Once graduating from college and moving to Iowa to begin my career, I became wholly dependent on public lands for all my adventures. Over the last 12 years my love for public lands has grown every year and increased exponentially when in 2014 I began going west every year to hunt elk. After a few trips out west I heard of BHA and joined in 2016 as I believe in the mission of BHA and its focus on land and water protections.

I currently live in eastern Iowa with my wife and two children and work as a manufacturing engineer. I look forward to continuing the BHA mission to afford my children the same or greater opportunities in the outdoors as they grow older. 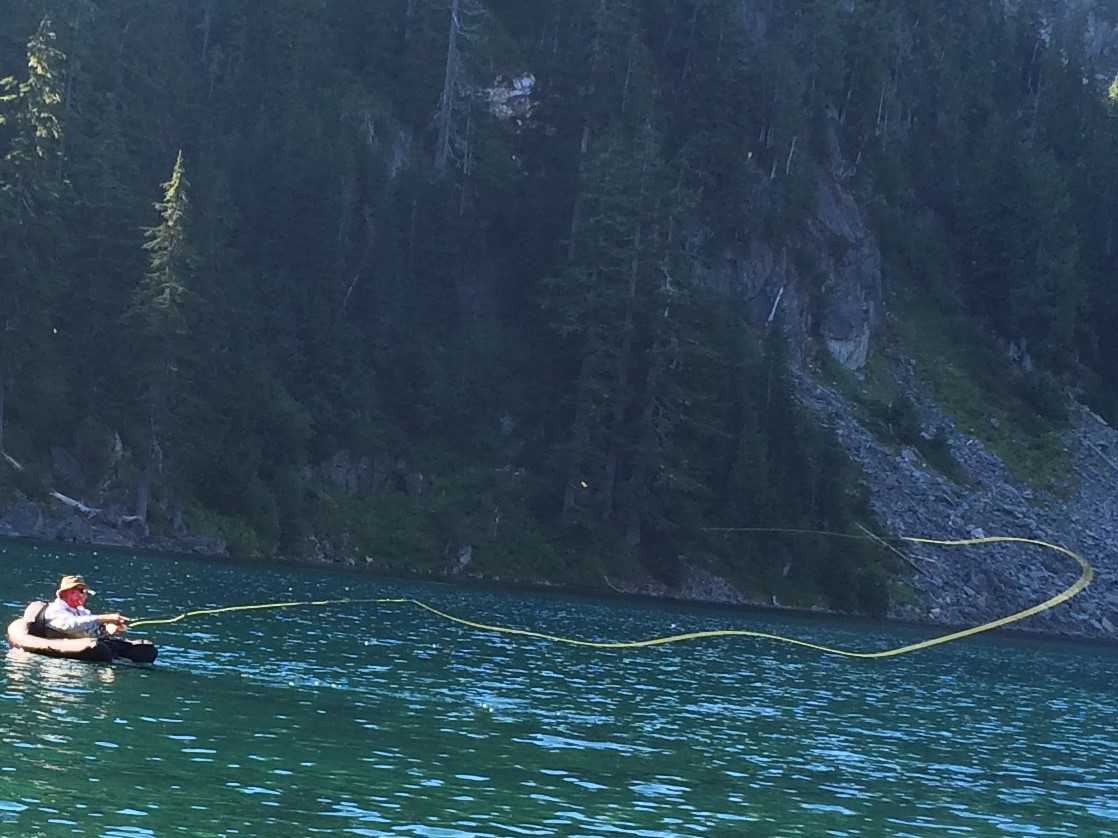 I am an enthusiastic float tube fly fisher and have hiked hundreds of miles to fish alpine lakes in public wilderness throughout the mountain west over the past 20 years.

I have been a BHA member since 2015, and BHA Corporate Sponsor who attended the 2018 Rendezvous.

I am a veterinarian living in rural Northwest Iowa since 1995 that has career experience negotiating policy with government agencies, as well as technical expertise in animal disease control. 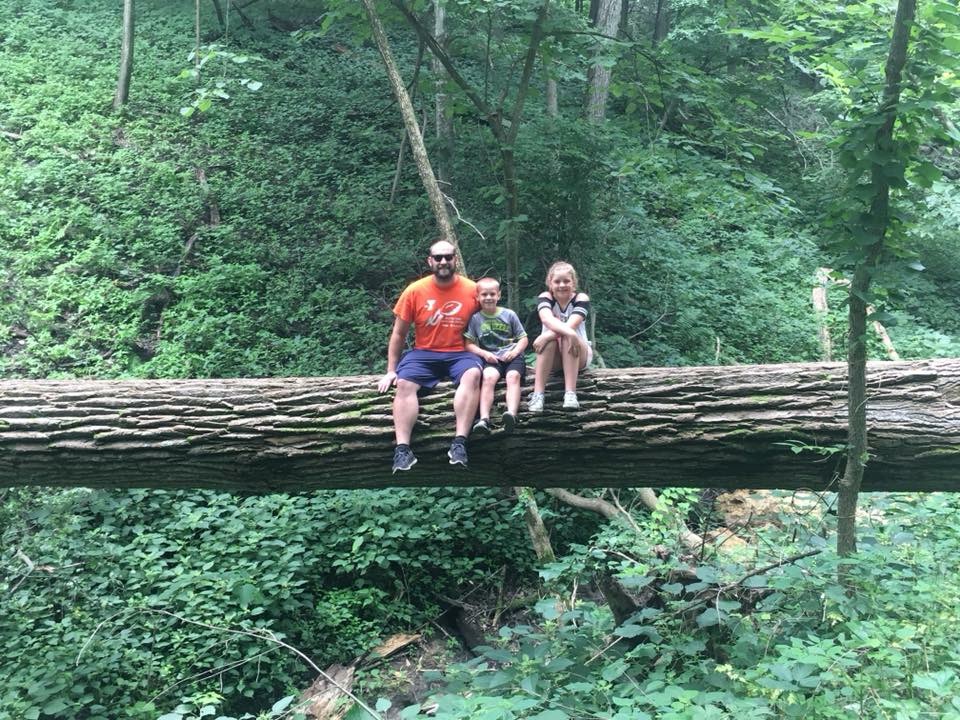 I was born in Iowa and currently live in Central Iowa with my wife and 2 children with a baby on the way. I enjoy hunting all of Iowa’s game animals on both public and private land. I am a member of Backcountry Hunters & Anglers, as well as Pheasants Forever. I spent many summers fishing the trout streams of the Black Hills in South Dakota. I was recently able to harvest my first antelope on Wyoming’s public lands this year. I love spending time outdoors and want to protect our public lands so my children and grandchildren will be able to enjoy the outdoors as I have. 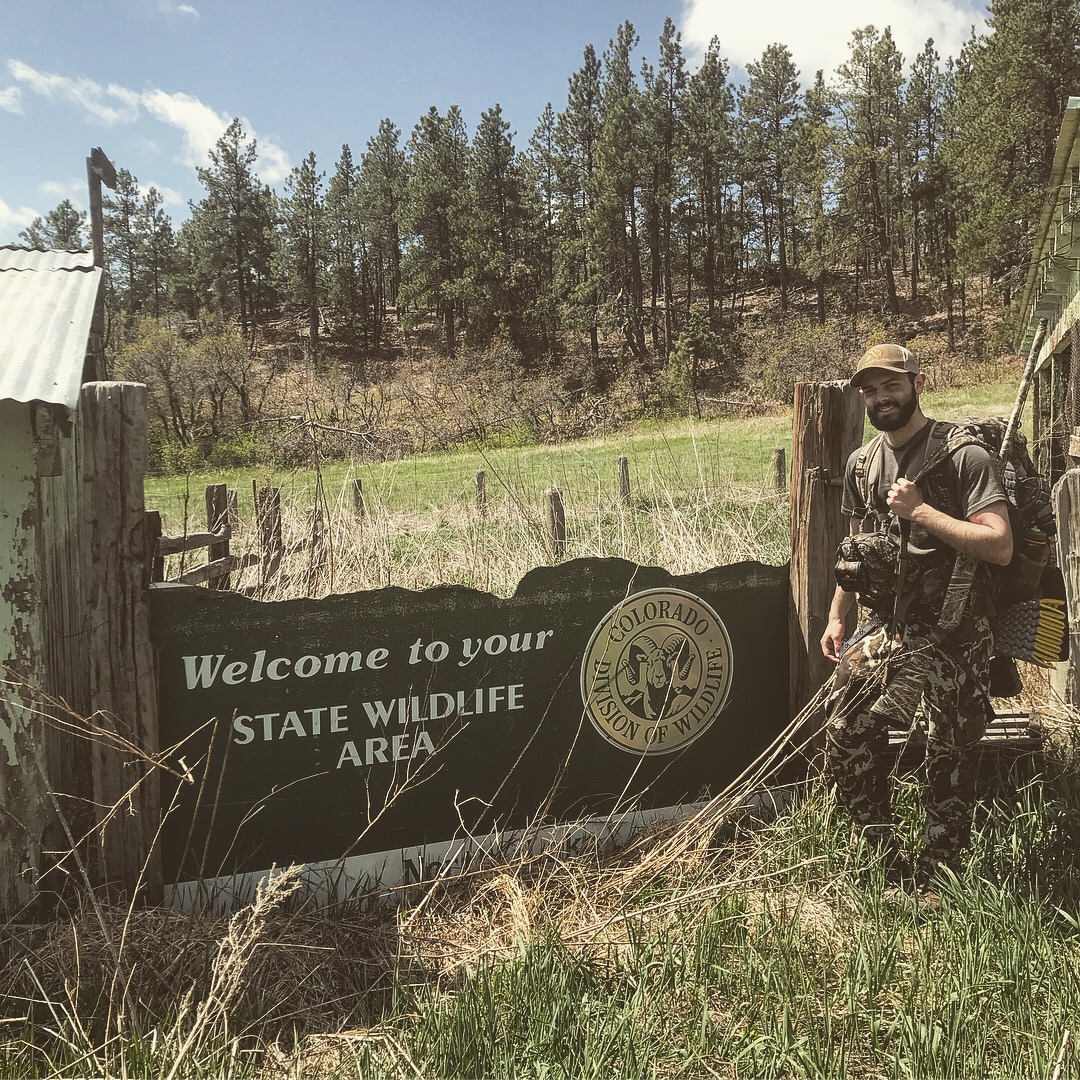 Max McDaniel, Board of Directors

I grew up hunting and fishing along the Mississippi River. While attending college at Iowa State University I held multiple positions, including president, in the Iowa State University Hunting Club, which focuses on hunter engagement and providing opportunities for college students to hunt public lands for the first time away from home. When I am not balancing my time between law school at the University of Iowa or working on bows behind the archery counter at Fin and Feather, I am somewhere on the public ground hunting everything from squirrels and rabbits to ducks and deer. I believe that in a state where land is largely held in private hands, public lands are crucial for hunter engagement and opportunity. 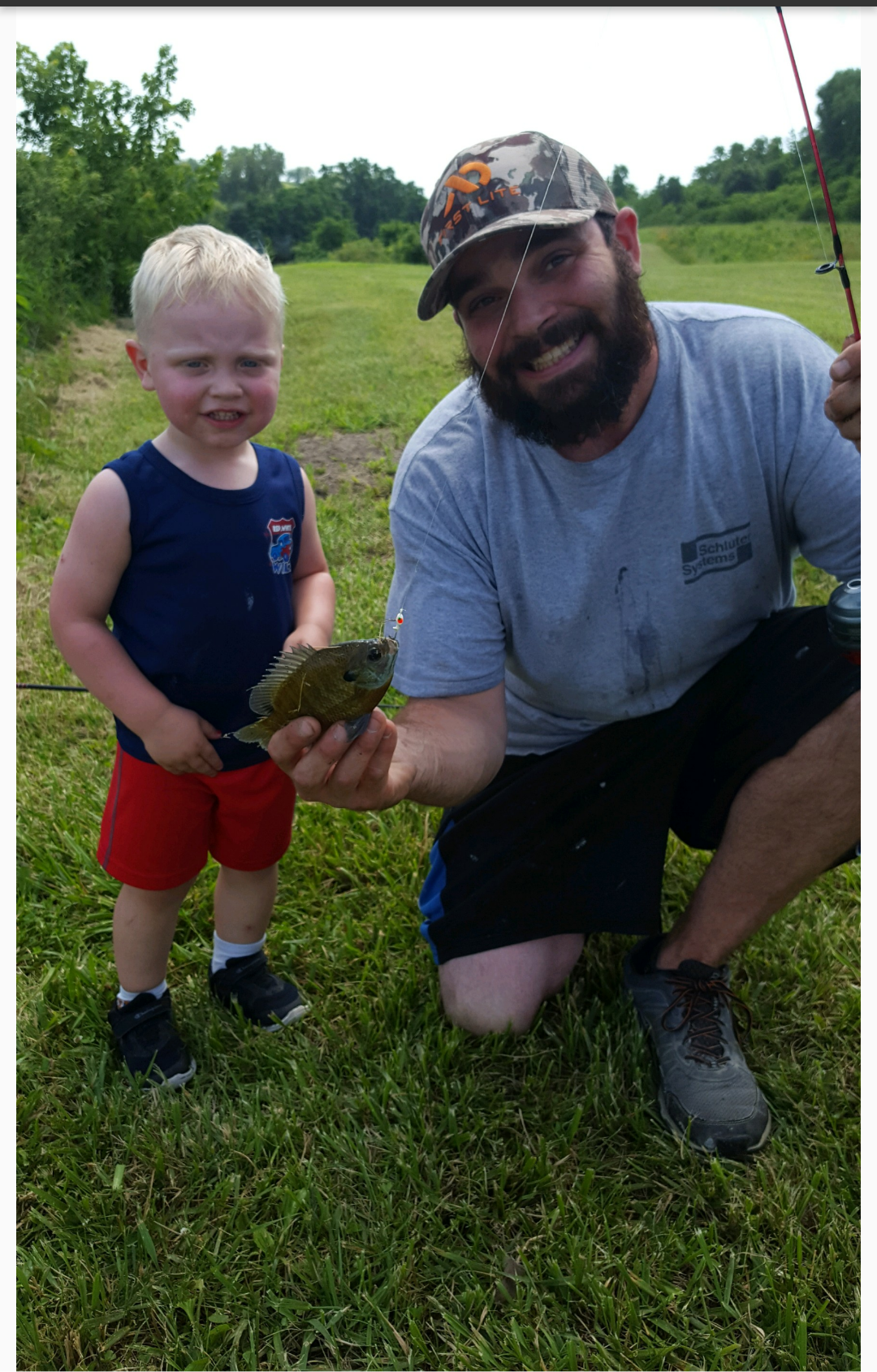 Gary Faith, Board of Directors

I was born and raised in Iowa. I have a fiancé, Alisha, and two kids, Pacyn, 6, and Lucas, 2. I live in Onawa and work as self-employed tile contractor. I come from a big family with two brothers and three sisters, where I grew up hunting. I have been hanging out in trees since I got out of diapers. I love to bowhunt for deer the most, but I do hunt other creatures and fish as well.

Brandon Luety, Board of Directors

I spent the first half of my childhood in southern Wisconsin. After my family relocated to Iowa we had no connections to anyone. My dad and I would hunt various tracts of public land near our home in eastern Iowa as well as travel to other public locations around the state for hunting and fishing trips. My first 8 years as an outdoorsman were completely reliant on public land opportunities in Iowa. While it was a struggle, we had a fair amount of success and I learned a lot from these pieces of land. Now that I’m older, I’ve gained access to private properties but find myself often traveling to “new to me” public land in search of new adventure.

I support BHA and their mission to protect the privilege we all share to access land and waterways for current users and generations to come. Without the access I had to public lands I would not have the same passion for the outdoors as I do today.

I currently live in the Des Moines metro with my wife and two dogs working as an IT Project Manager. Our first child is on the way and I very much look forward to introducing them to the land, nature, and lifestyle I love. 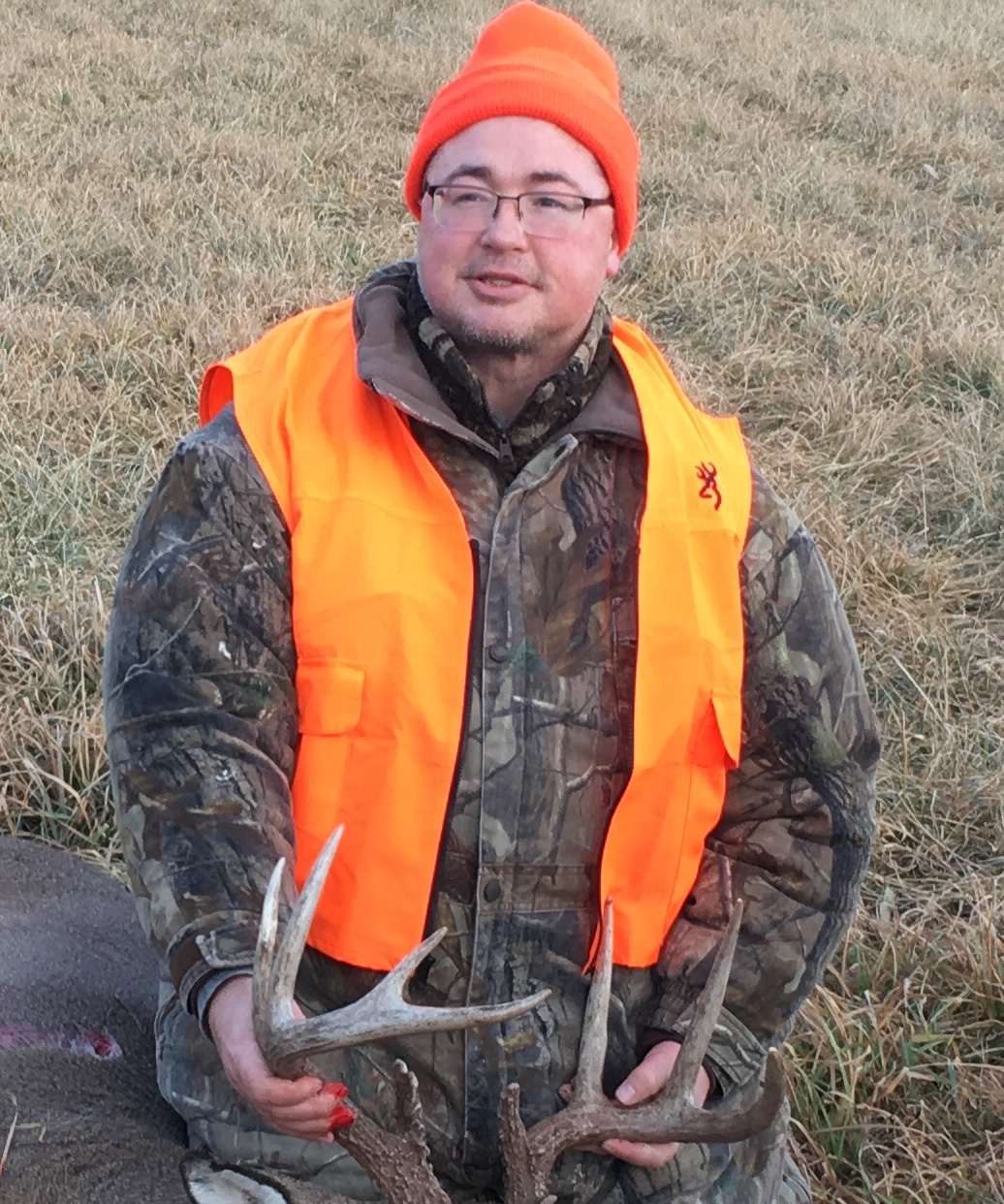 Jim Bartz, Board of Directors

I was born and raised on a farm in Northeast Iowa. Through pheasant hunting and fishing with my family, I grew to love the outdoors. As I grew older, I was introduced to deer and turkey hunting as they became more plentiful around the area. Turkey hunting and making turkey box calls became my obsession for over a decade

Within the last couple of years, my interest in elk hunting grew through my discovery of several media personalities and groups. With the passing of my father, and my own age pressing, I decided to

take the plunge and plan a DIY archery elk hunt on the public lands of the West. In doing the research that goes into planning a trip like this, my discovery of BHA and the importance of our public lands were inevitable.

I joined BHA because I feel the power of being a public land owner, and protecting public lands for those that utilize, plan future adventures, or only appreciate the existence of those wild places, is a responsibility we all share. 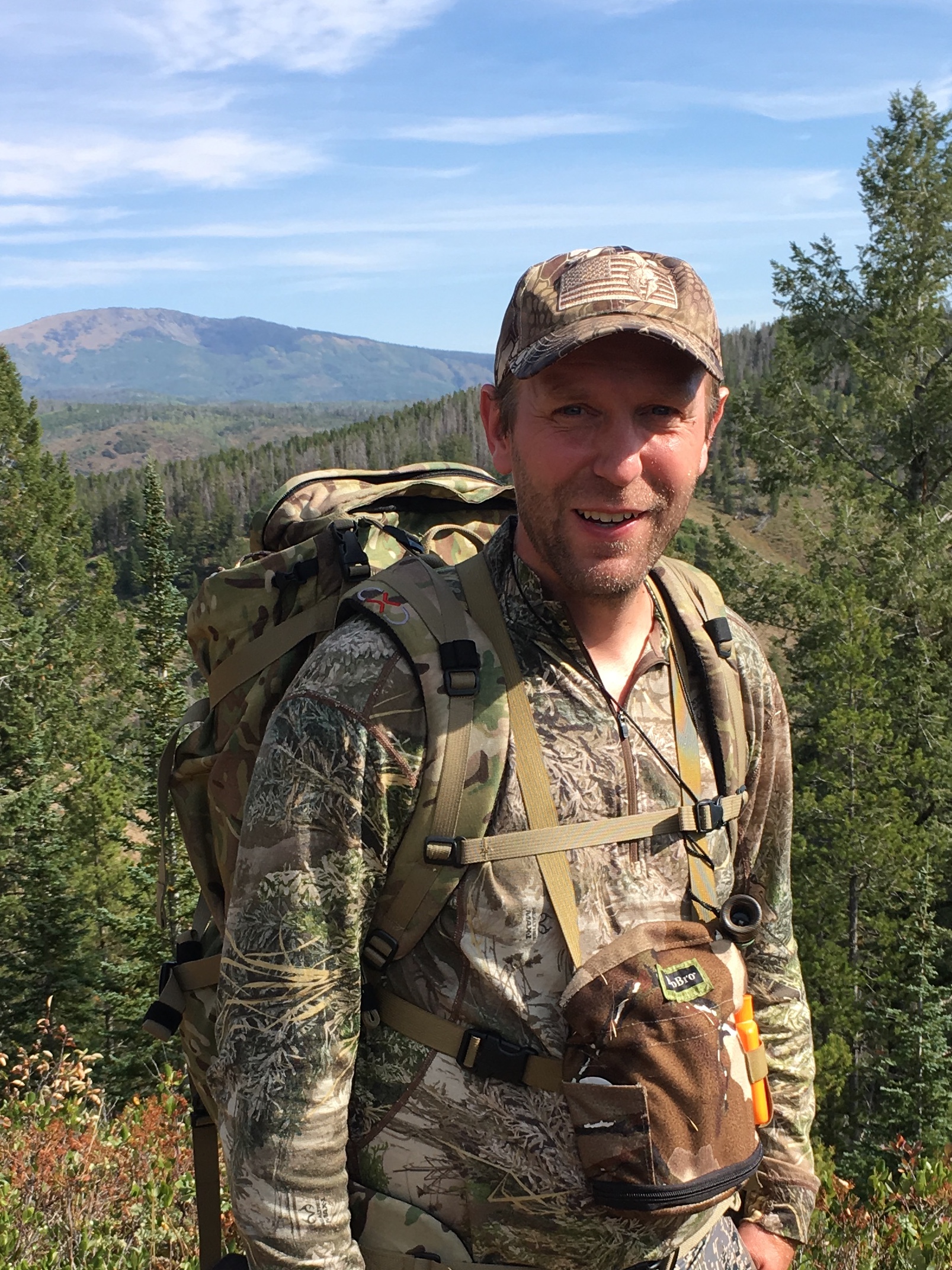 Ben Nicholson, Board of Directors

I live in Eastern Iowa with my wife and two children. We moved to the area in 2001 and quickly fell in love with all it has to offer. I developed my love for the outdoors by growing up spending my summers fishing with my family in the Chippewa National Forest of Northern Minnesota, and hunting deer and small game near my home in Western Illinois. When I am not outdoors hunting or fishing, I work as a Realtor with a local real estate company. Additionally, I spend my time coaching youth hockey and serving on the local RMEF committee where I have been a life member for the past 10 years. 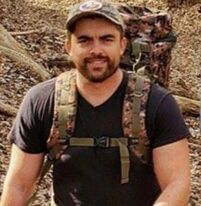 Lance Brisbois, Board of Directors

Lance grew up in rural western Iowa and currently lives in the Loess Hills. Through his job at Golden Hills RC&D, Lance leads a variety of projects focusing on wildlife habitat and low-impact outdoor recreation. Lance enjoys hiking, biking and paddling. He is new to hunting and fishing and eager to learn more. He is also on the board of directors for Iowa Prairie Network, Pottawattamie County Trails Association, and chair of the Loess Hills Alliance Stewardship Committee. 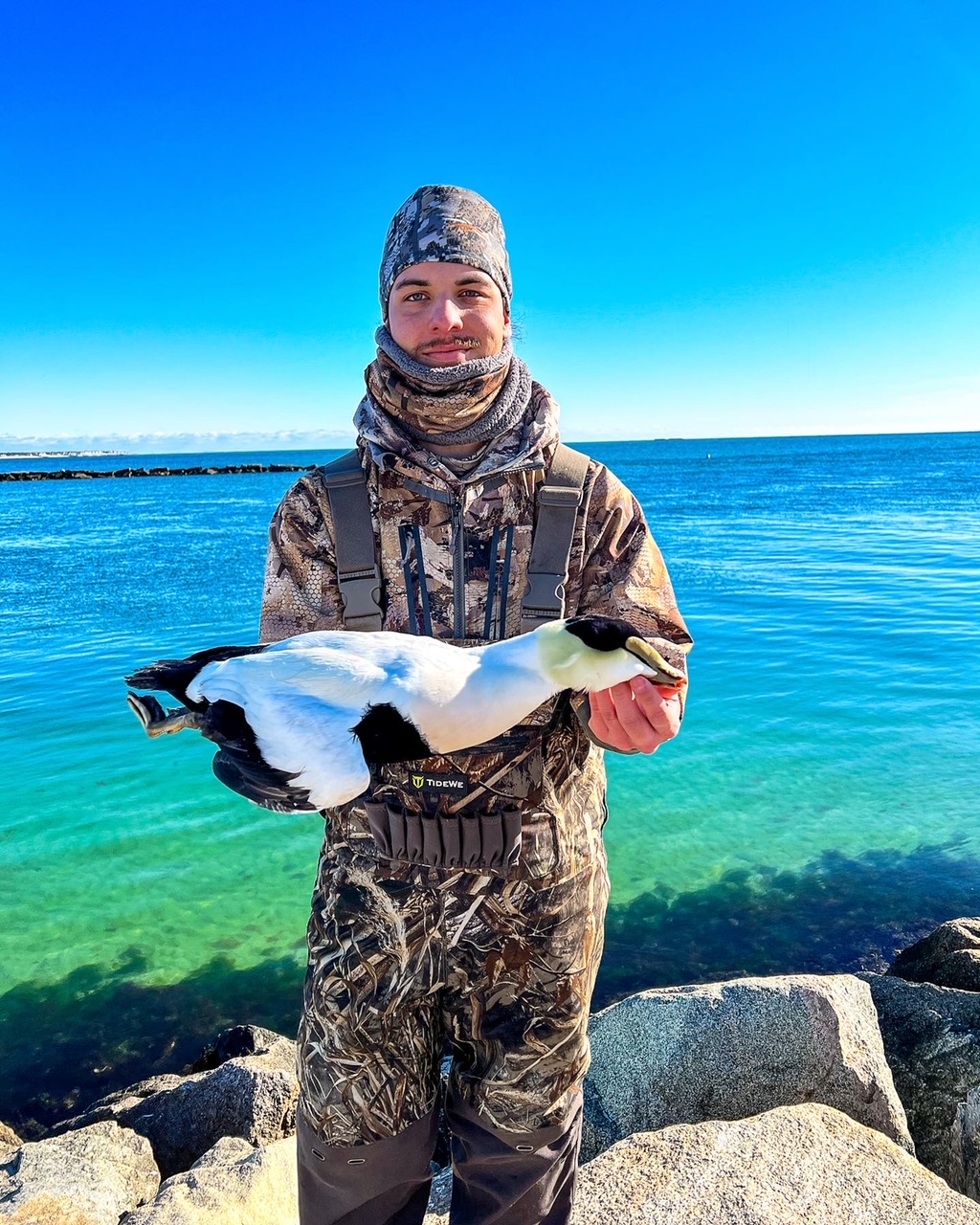 Sam Dixon, Board of Directors

Sam was born and raised in central Iowa.  From the age of five or six, he's been totally enamored with hunting and fishing, and also does a little trapping.  He hunts everything he possibly can, but waterfowl has been his number one passion for a few years now.  Waterfowl hunting is what led him to BHA, because 90% of his duck hunting happens on public marshes throughout the state and country, and he wanted to give back for the enjoyment that those public lands and waters have provided.  He loves to travel to hunt different states for different species, and hopes to expand into more travel for big game in the near future.  Sam is excited to be on the board, and hopes to work together with like minded people to make a meaningful difference. 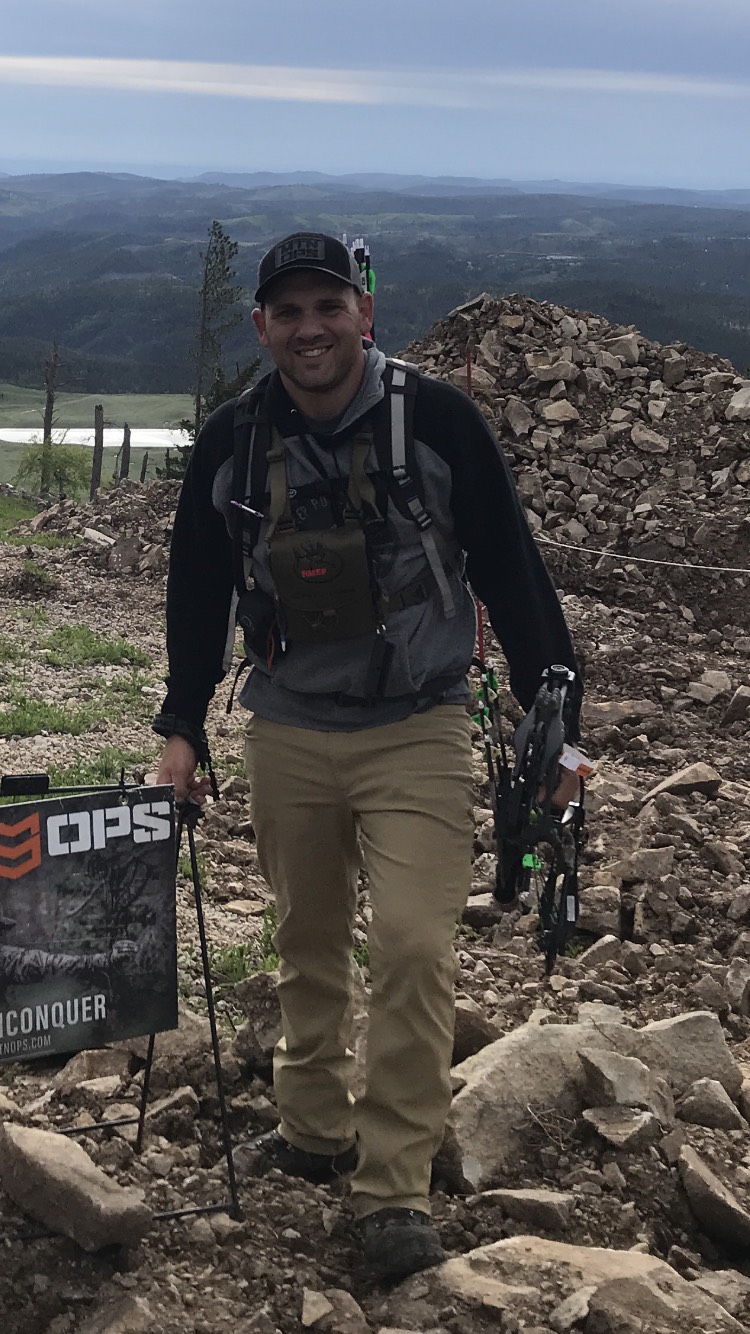 Jonathan McKenny, Board of Directors

Jon grew up in Northwest Iowa on the banks of the Big Sioux River. Spending the majority of his childhood hiking, fishing, and watching wildlife, he gained a deep appreciation for conservation and public land. Jon earned an A.S. in natural resources management and was employed by the local conservation board for several years. After getting married, his family spent 4 years living in Colorado, where he developed a passion for fly fishing and mule deer hunting. Jon currently lives in Inwood, Iowa just a few miles from the river he grew up on. His growing family of his wife and four children offer opportunities to pass his passion for all things wild on to the next generation. 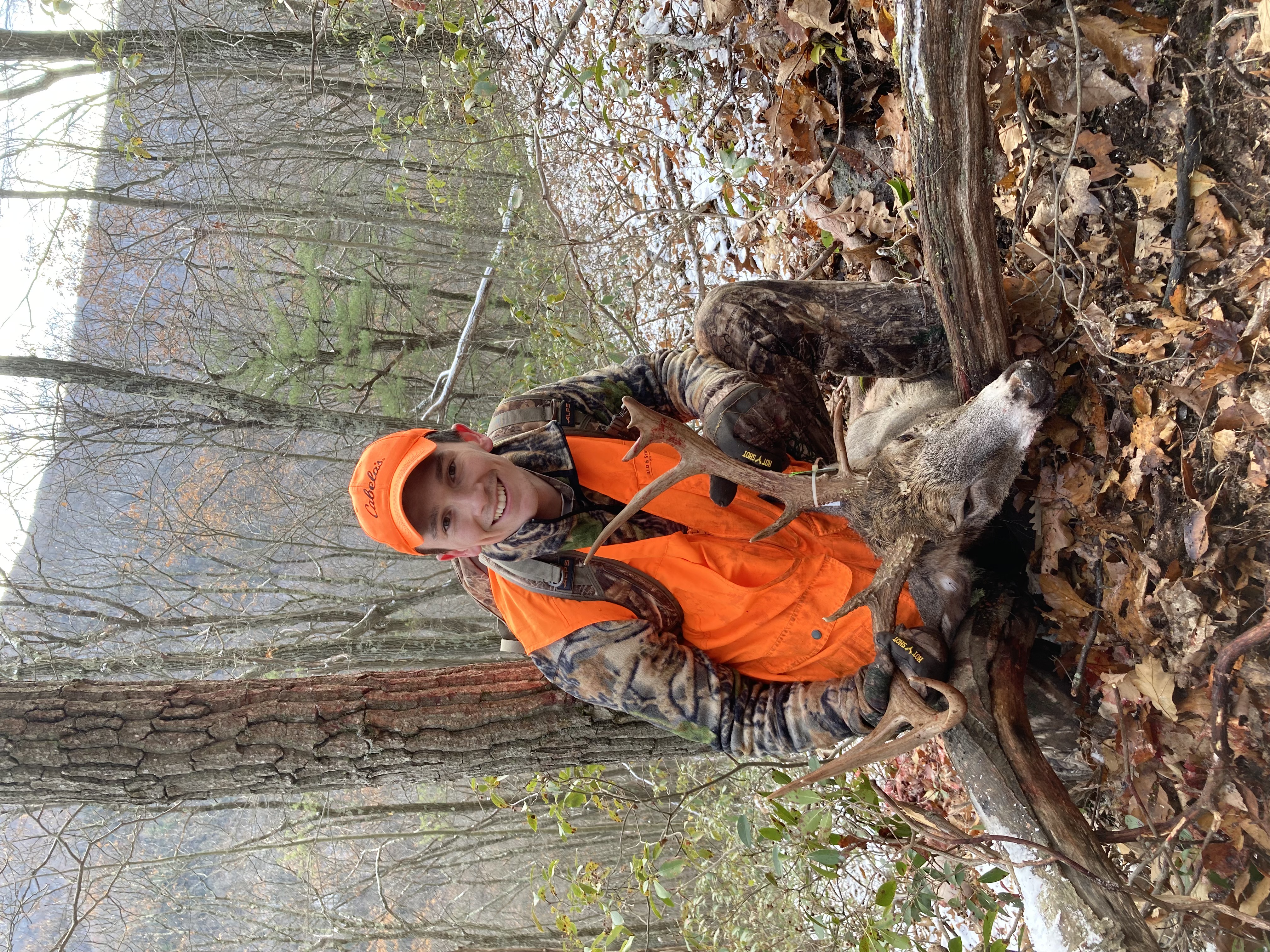 Garrett Drum, Board of Directors
Garrett grew up in Pittsburgh, Pennsylvania hunting mostly public land.  He has hunted everything from bears, to deer, to small game.  Growing up right outside a major east coast city, the hardest part about going hunting was finding somewhere to go.  The public land access was few and far between, and if you didn't have access to private land then you probably just gave the activity up.  As for Garrett, it was hopping in the truck and driving 1.5 hours to the nearest public land every weekend.
When he moved out to Iowa for work, following graduation from Penn State University, Garrett joined BHA because he loved their mission statement.  His struggle to find public land opportunities in the past burned a passion in him to become a board member of the BHA Iowa chapter, so that future hunters have easier access to hunting/fishing than he did.
In 2022, Garrett will be going on his first two public land hunts out west.  A Spring Bear hunt and a September Elk hunt, both in the Frank Church Wilderness Area in Idaho. 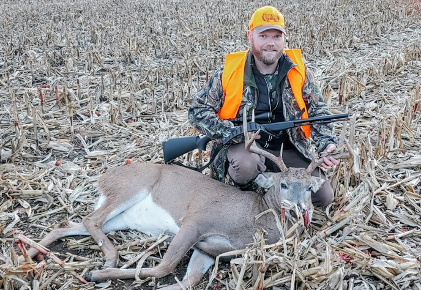 Derek Clark, Board of Directors

Derek grew up in Central Iowa. As a kid he began fishing the local streams and rivers with his dad and uncle. Derek was also involved in Boy Scouts which helped him grow his attention to land stewardship. In high school he began pheasant hunting on both private and public lands around central Iowa. Through college his love for hunting and camping continued to grow with primary focus on deer and pheasant hunting. After college he stayed connected with some of his friends through hunting and began waterfowl hunting public lands in western Iowa.

Now living in Ankeny and being a Scout leader for his sons, 9 and 5, he finds it very important to continue the preservation of public lands for future generations as Iowa only has roughly 3% public land ranking as one of the lowest in the nation. In 2019 Derek became involved in BHA through friend Mike Webb and joined the board following the 2021 State Rendezvous.