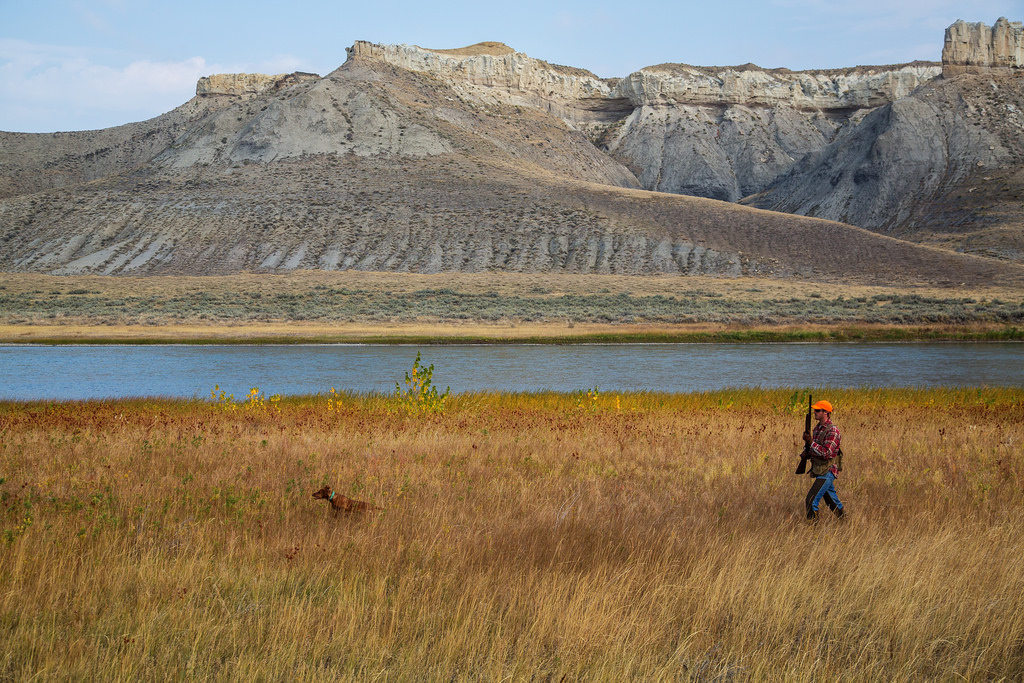 [Above, a hunter and their dog hunt the Upper Missouri River Breaks National Monument, credit: mypubliclands]

BHA warned that, if implemented, the recommendations by Interior Secretary Ryan Zinke could negatively impact key fish and wildlife habitat, reduce outdoor opportunities important to sportsmen and critical to local economies, and undermine a bedrock conservation law, the Antiquities Act, that has enabled the long-term protection of millions of acres.

“Secretary Zinke is proposing to dismantle a conservation legacy pioneered by Theodore Roosevelt that has permanently conserved some of our nation’s most valuable public lands and waters,” said BHA President and CEO Land Tawney. “We’re pleased that the administration has acknowledged the overwhelming public support for our national monuments and the Antiquities Act, and we ask him today: ‘What would Theodore Roosevelt do?’”

Zinke is an admirer of the nation’s 26th president and has called himself a Roosevelt conservationist. While details of the changes to national monuments being proposed by the administration remain unclear, the secretary indicated that he would not seek to have any monuments rescinded outright. Tawney dismissed this detail as meaningless.

“Why should we thank the administration for its report, which would fundamentally weaken one of our bedrock conservation laws?” asked Tawney rhetorically. “Doing so would be akin to thanking a bully for not beating you up.

“Our national monuments have stood the test of time, and the present review could trigger a game of political football, leaving them in limbo,” he concluded. “American sportsmen and women have made our position clear: An attack on one monument is an attack on them all.”

Today’s report from the Interior Department culminates a several month long review during which millions of public comments reiterated citizens’ strong support for national monuments. BHA members and supporters rallied behind America’s monuments system, highlighting the importance of the Antiquities Act in conserving the places and traditional uses valued by sportsmen and women.

Read National Monuments: A Sportsmen’s Perspective for sportsmen’s tenets regarding use of the Antiquities Act and case studies of national monuments important to hunting and fishing.

share on
See other posts related to featured press releases keepitpublic
Get the latest news and stories, right to your inbox.
Search
Local Chapters