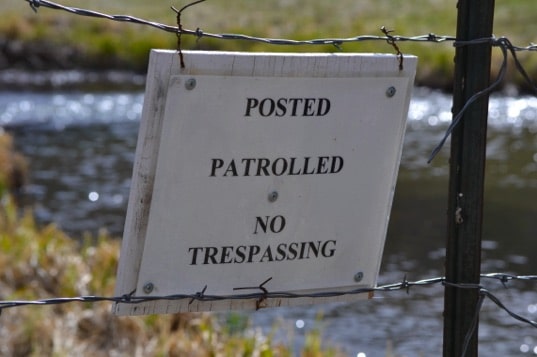 streams running through private land to be deemed non-navigable. The existing regulation was developed in order to enforce a 2015 bill that narrowly passed which aims to make public access to certain streams illegal except for with written permission. At the meeting commissioners heard conflicting statements about the legality of the 2015 stream access law passed by the Legislature and the subsequent regulations passed by the previous Game Commission, with one side saying stream access is guaranteed in the state Constitution and the other saying a U.S. Supreme Court decision overrules that. The moratorium was enacted in anticipation of a AG's opinion that will hopefully bring some clear direction to the issue.

We ask that the Game Commission continue to question the validity of the previous Game Commission's stream access regulations, based on the Attorney General's findings. Separately, we have asked Gov. Michelle Lujan Grisham to allow the Game Commission to continue its work, and hopefully to re-establish the right of all New Mexicans to use the state's streams and rivers for recreational purposes, provided they do not trespass to reach those waters.

While NM BHA strongly supports the right of New Mexicans to access our streams and rivers freely, we also recognize that with rights come responsibilities. If that right of access is affirmed and previously closed streams are reopened to public use, we believe the State Game Commission must enact regulations to protect fishery resources, establish an education program to inform the fishing public about the limits of their right of access, and substantially increase law enforcement presence on streams where additional public use is anticipated.

THANK YOU TO THESE INDUSTRY PARTNERS

share on
See other posts related to New Mexico BHA new mexico news
Get the latest news and stories, right to your inbox.
Search
Local Chapters