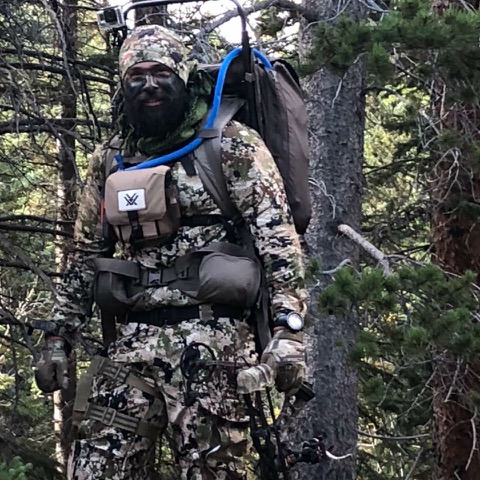 James was born and raised in the mountain areas of northern New Jersey. He started fishing with relatives as a youngster “down the shore,” where he went on to take a hunter education course, “finding a whole new interest.” James hunts big and small game, with rifle and bow, and is a fly fisherman. He also has a background/training in emergency wilderness survival and primitive techniques.

James lives in Longmont and first heard about BHA via the MeatEater Podcasts. “We need to push further into the unknown and protect what little resources we have left,” he says. “It isn’t about how much time we put in now, it’s about how effective our efforts are so it reflects in future generations. We are not just Habitat Watch Volunteers, we are educators and protectors. Not just for the forest but for the people that use it. We are falling into the last line of defense as a unified group. When human’s come together for a common cause we are unbreakable.” 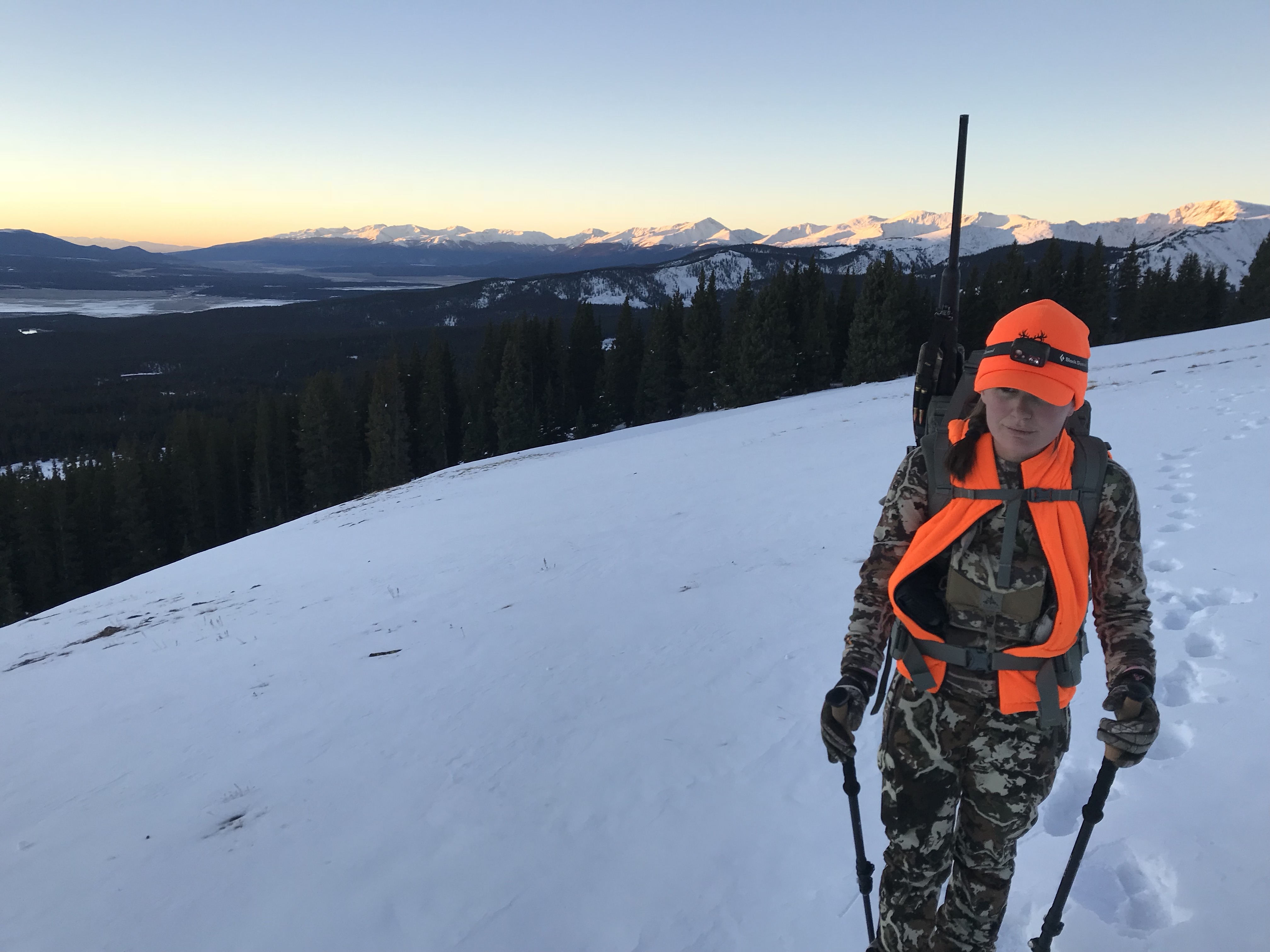 Marissa was born and raised in Rochester, New York. She started fishing in the Adirondacks with her granddad as a youngster and learned to hunt after moving to Colorado. “My grandfather was my fishing mentor. My husband is my hunting mentor,” Marissa said. “With his guidance and encouragement, hunting and cooking wild game is a primary focus in my life.”

She hunts elk, deer, grouse, turkey, rabbits and waterfowl, and fly fishes for trout. “The San Isabel National Forrest is literally my backyard,” Marissa added. “My husband and I spend most of our free time hunting, fishing or recreating there.” She hunts with a rifle, primarily, but recently starting bow hunting as well.

Marissa lives in Leadville, in “the heart of the Rockies,” and is a fulltime mom and bartender. “The preservation of these lands, and all public lands, has become especially important to us now that we have a two year old son,” she said. “I hope and want to help ensure that he has the same opportunities to enjoy these areas as we have.” 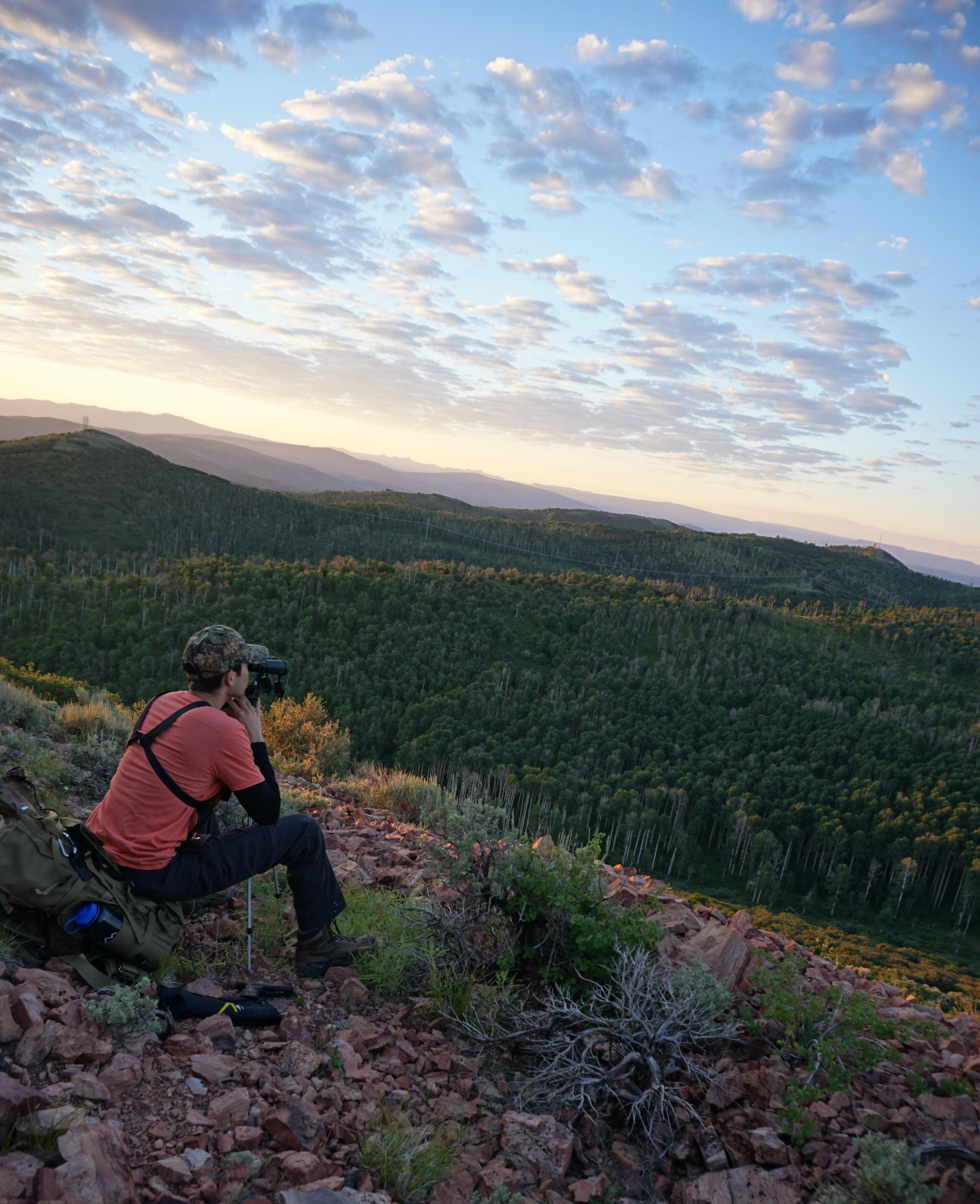 Shane was born and raised in Pittsburgh, Pennsylvania. “I started fishing when I was very young, probably 3 or 4,” he said. “My grandpa and uncle would take me fishing at small ponds or creeks whenever they could. I have loved fishing ever since … My hunting mentor is my best friend that gave me his old bow.” Shane went to college in Erie before moving to Cleveland, then to Colorado in May 2017.

He primarily hunts in the central Rockies, but heads back east every year for winter steelhead and spring trout. “I want to be a generalist hunter. I try to hunt for anything I can,” Shane says. “This year it was mostly for elk and mule deer. I did hunt rabbits and Canada geese a few times as well. I fish mostly for mountain stream trout but I really love fishing for steelhead. I would like to make a trip out west for native steelhead.”

“I did most of my hunting with a bow and rifle this year,” he added. “I would love to get a muzzleloader.” Shane is a mechanical engineer and lives in Louisville. “I went through most of my life not having the slightest clue about what I wanted to do with myself,” he says. “Over the past two years I have known for certain that I want to be involved in the outdoors. Specifically hunting, fishing and conservation.” Shane first heard about Backcountry Hunters & Anglers on the MeatEater Podcast.

Roy was born and raised in Plainwell, Michigan. He started fishing with his father at age five and was hunting at ten. After high school, Roy went to Western Michigan University followed by short stints in construction and truck driving and, now, working as an upholstery shop supervisor for West Star Aviation in Grand Junction. He moved to Fruita in 1986 and hunts in Colorado and Utah.

“I hunt a variety of species, including small game, upland birds, waterfowl, predators and big game,” Roy said. “I am an avid fly fisherman and predominantly go after different trout species. I also enjoy a little ice fishing for trout, perch and crappie.” He hunts with shotguns and rifles, but his preferred method of big game hunting is with a bow. Roy learned about BHA through the MeatEater Podcast.

“We’re lucky to have boots-on-the-ground hunters and anglers like James, Marissa, Shane and Roy join our Colorado BHA Habitat Watch Volunteer team,” said chapter co-chair, Don Holmstrom. “Their commitment to protecting and perpetuation wildlands and wildlife will be invaluable to Colorado BHA’s habitat protection-related efforts and initiatives. We need many more like them!” The chapter now has 34 HWVs with boots-on-the-ground in all eleven Colorado national forests.