In a March 2014 Colorado Outdoors story (“Hunting For Experience”), I surmised that “hunting is a quest for knowledge and wonder as much as a pursuit of game.”[1] If that’s true, then hunting can (in part) be defined as a unique and irreplaceable subset of everyday life, a harvest of knowledge and wonder. As renowned trad bow elk hunter David Petersen says in his book Heartsblood, “In real hunting, a microcosm of life itself, the trip is the destination.”[2]

Which brings up a larger question, about the meaning of life and how hunting fits into it. Life experiences are different for everyone, of course, and the meaning of life is a moving target. It was different for my twenty-something self than for the current fifty-something guy endeavoring to traverse this tricky trail of thought. However, the most selfless, motivated people I know hitch their desires to a cause larger than themselves.[3]

While attending the Backcountry Hunters & Anglers (BHA) 10th Annual North American Rendezvous in Missoula (June 3-5, 2021), I had the opportunity to catch up with friends Kevin and Angie Timm, owners of BHA Corporate Partner Seek Outside, and sat down with Kevin to record a podcast.[4] It occurred to me during the podcast that, in the broadest sense, life for me has been about using space and time for maximum view. In other words, a “hunt for experience.”[5] 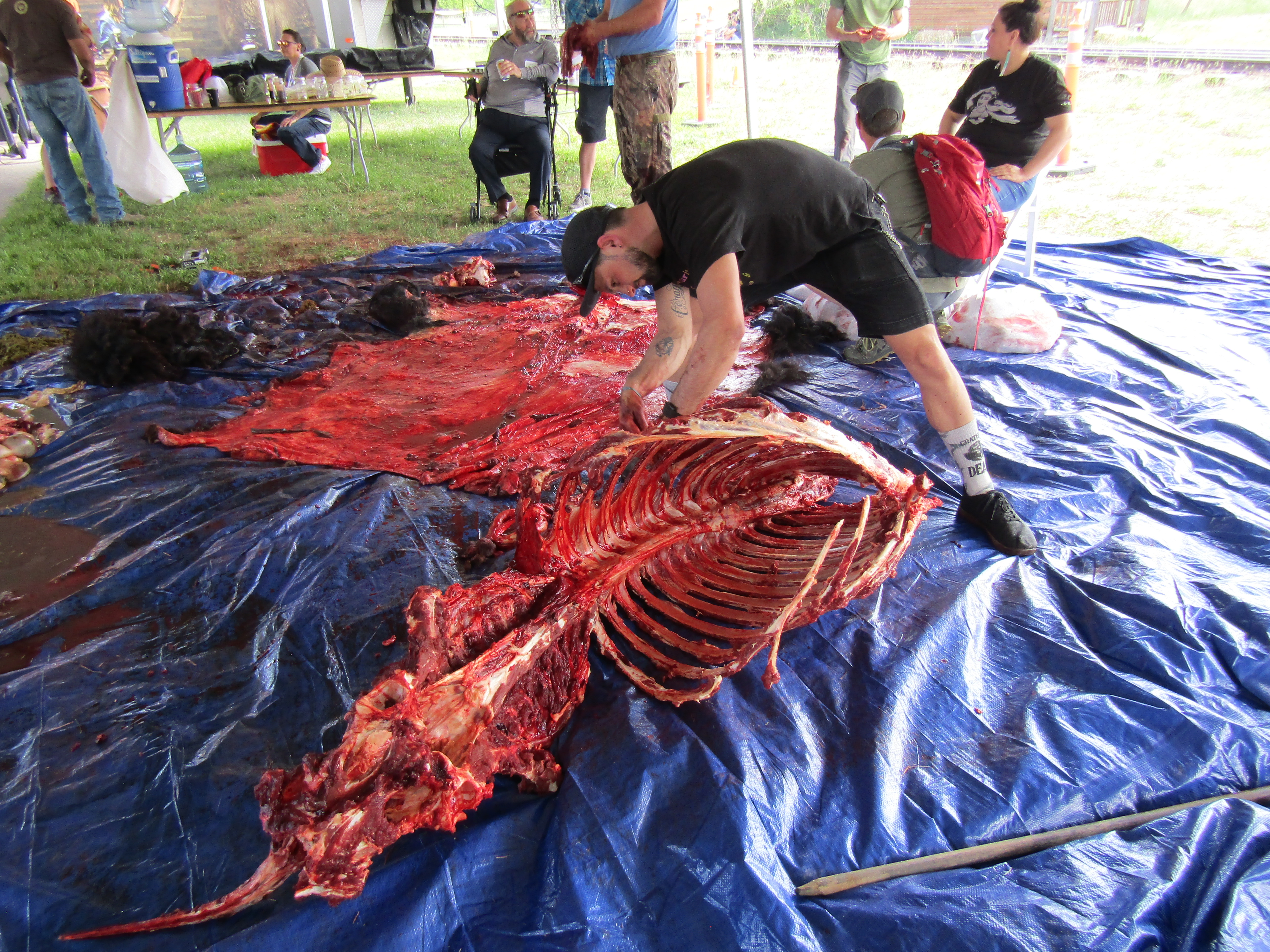 One of our podcast subjects was, no surprise, hunting-related experiences. I was raised in northern Minnesota and started “hunting” circa 1975, at the age of seven or so, with hand-crafted spears and wrist-rockets, followed by BB guns and later (in 1978) shotguns when, at ten years old, I bagged my first ruffed grouse while hunting with family friends.[6] Then, at thirteen (in 1981), my first whitetail deer.[7]

Another podcast subject was our mutual Colorado fourteener (14,000-foot peak) hiking and climbing experiences.[8] After moving to Colorado in late 1998, during August 1999 I started climbing fourteeners—there are 54 to 59 depending on who’s doing the counting—finishing them in four years and three days (on August 17, 2003) on the summit of Mount Eolus in southwest Colorado’s San Juan Mountains, where I hunt elk and turkey these days.[9]

During the early 2000s I also tackled the Seven Summits (the highest points on each continent, including peaks like Mount McKinley, Kilimanjaro, Everest) and the 50 state highpoints.[10] In fact, during this global and national pursuit of far-flung peaks and highpoints—perhaps the definition of using space and time for maximum view—my hunting was temporarily sidelined.

However, after receiving a letter from BHA founder Mike Beagle (a former U.S. Army field artillery officer) during March 2005 (“Consider our organization—there are none like it anywhere,” Mike wrote), I knew I’d found a group of like-minded hunting-angling conservationists who are inspired (like me) by the political activism of Teddy Roosevelt and the Land Ethic of Aldo Leopold.[11]

Mike, BHA and David Petersen (founder of the first BHA state chapter, in Colorado, during 2005) reminded me that hunting facilitates an immersion into the very core of our genetic being and taps into vital instincts that propelled humanity through the ages to the present.[12] It’s an omnipresent force and experience unlike any other, one that nothing can approximate or replace. And the side benefits—like attending BHA’s North American Rendezvous—are tough to beat.[13] 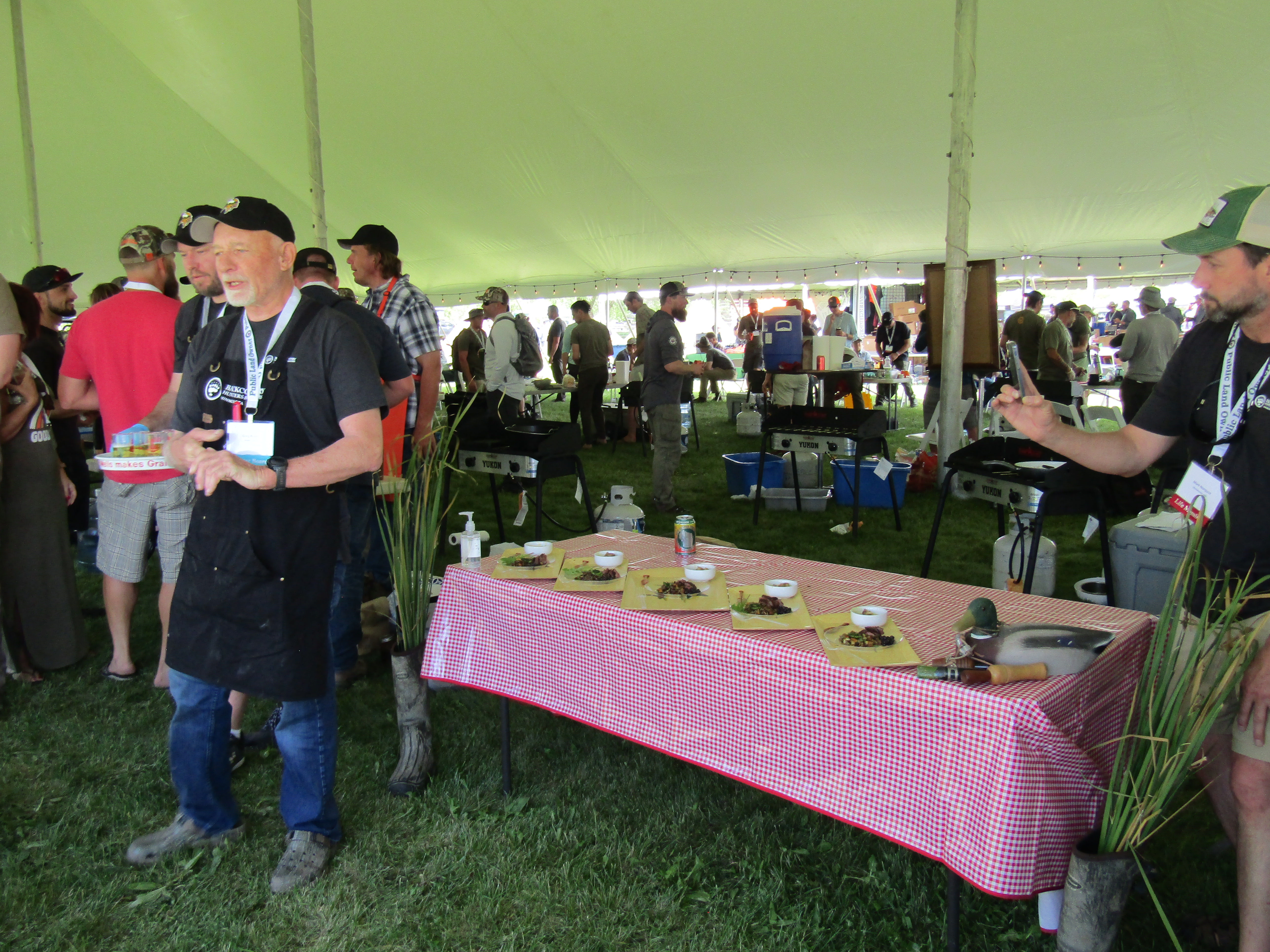 GearJunkie’s Hunt + Fish Editor, Nicole Qualtieri, attended the Rendezvous, and said, “… wild meat offerings ranged from omnivores like Alaskan grizzly bear to carnivores like Montana mountain lion … from midwestern whitetails to east coast doves. Additionally, a full bison was broken down in a group effort early in the weekend as part of an intricate learning experience.”[14]

“Conservationist and public lands advocate Randy Newberg gifted … a hindquarter from a Montana wolf to prepare and share with attendees,” Nicole added. “Of all the moments I’ve had over the years that I’ve attended BHA’s Rendezvous, eating wolf struck me as primal and different, yet it was altogether accordant to the annual event. It didn’t happen on the main stage or as a premier ticketed event; it was simply a word-of-mouth part of the communal gathering.”[16]

How many people get the opportunity to help members of the Blackfeet tribe break down a full bison, then eat buffalo burgers (prepared by the crew from Traeger Grills) and taste some of “Uncle Randy’s” Montana wolf (cooked by the folks at Burch Barrel)?[17] Who gets to watch Minnesota BHA members Greg and Peter Kvale win the Wild Game Cookoff with a potent combination of “wild blu” mushroom soup, natural wild rice pilaf with fiddleheads, pan-seared mallard with ginger sauce, and blueberries with maple sugar glaze paired with Grain Belt Premium?[18]

Who? The continent-wide BHA tribe at Fort Missoula! All future Rendezvous will be measured by what just took place,” BHA President and CEO Land Tawney said. “The bucket is not only full; it’s overflowing!”[19] “And Rendezvous … [is] still one of the most welcoming and inclusive events in hunting and angling,” Nicole Qualtieri added. “I was doubly thrilled to hang out with the founders of Hunters of Color. Their booth was consistently crowded over the 2 days …”[20] 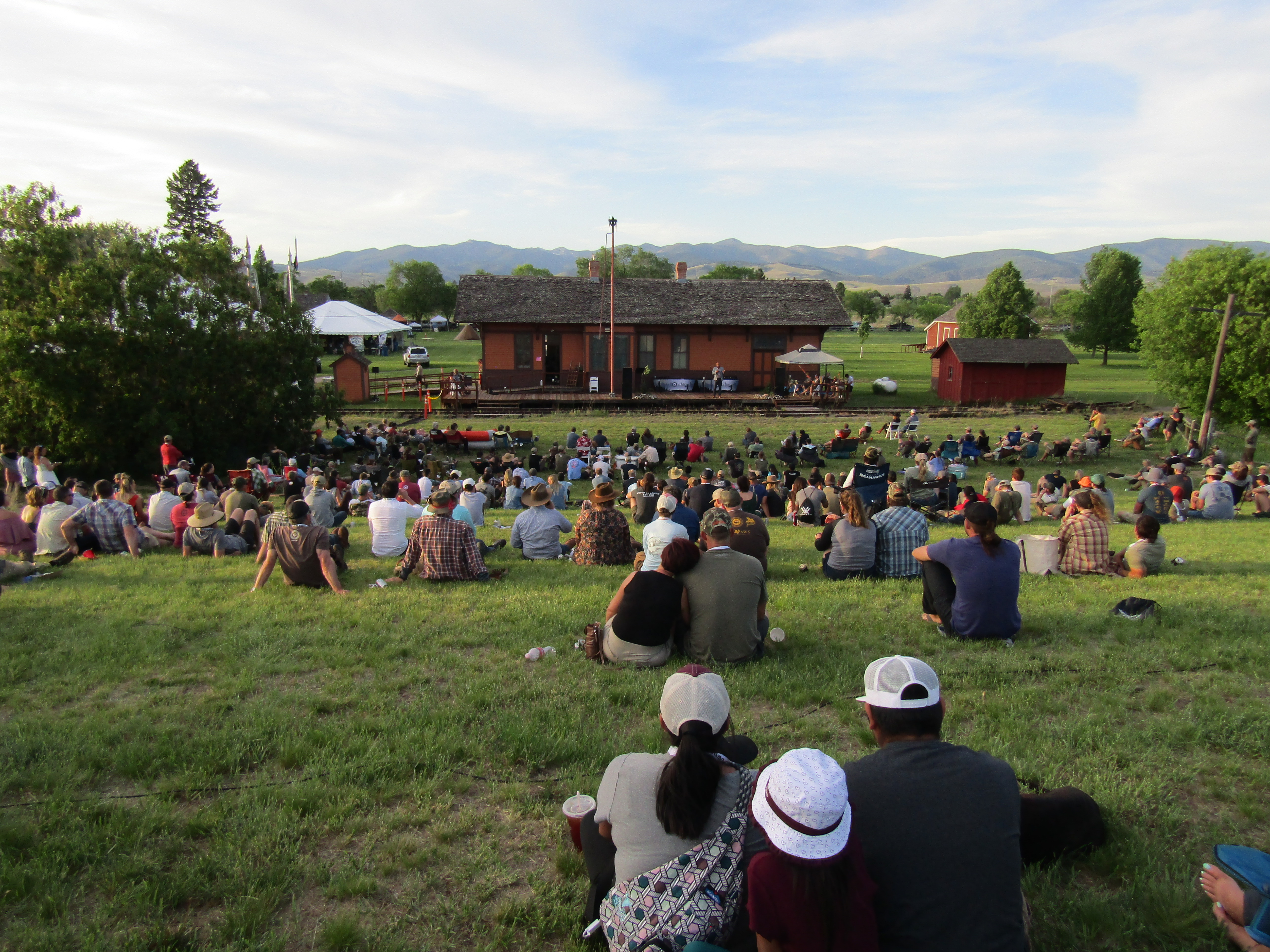 Over the years I’ve passed on multiple work promotion opportunities to focus on personal endeavors (i.e., hunting, conservation and climbing), but have had a very satisfying public service career regardless, first as an Air Force officer and currently a federal financial institution examiner.[21] As my friend Stu Osthoff (publisher/editor of The Boundary Waters Journal) said, “I know many people with considerable discretionary income who have very little discretionary time. I have learned to live with more of the latter.”[22]

Although there are certainly many things I will never comprehend about the meaning of life, I do know that my life has not been defined by climbing a corporate ladder in the blind pursuit of financial gain or material possessions, but instead has focused on a “hunt for experience.” And life experiences leveraged for the public good are among the very best kind.

In Chips From A Wilderness Log, canoe country sage Calvin Rutstrum (1895-1982) wrote, “My mother … [gave] some other valuable advice, ‘Don’t sell any more of your precious hours for dollars than is absolutely necessary’ for beyond that, at any price per hour, you will be badly cheated.’”[23] Calvin was keenly interested in living life, not just making a living.[24] He understood that the one resource allotted to every person equally is time.

It’s the most precious thing we have and all the money in the world cannot buy back a second of it. And, more than we realize, we get to choose how we spend it. We can spend it making money or watching television. We can spend it fixated on Facebook and Instagram. Alternatively, we can spend it as hunters, anglers and conservationists. We can spend it as BHA volunteers, leaders and public lands defenders. I’m lucky and honored to be among so many who have chosen wisely.[25]

After hiking and climbing in all 50 states and on seven continents in conjunction with visiting 42 (and counting) countries, I’ve concluded that of all my life experiences, none are more relevant to comprehending the bedrock essence of life than hunting. And using those experiences to help make a difference for wildlands and wildlife, no matter how small or insignificant the outcome in the whole scheme of things, is a privilege.

I’m looking forward to a lot more living, learning and hunting for experience. As Jim Harrison wrote (in The Beast God Forgot to Invent), “The danger of civilization, of course, is that you will piss away your life on nonsense.” No BHA members I know have made that mistake. Contributing to BHA’s collective voice “for our wild public lands, waters and wildlife” stands tall among my most rewarding life experiences.

David Lien is a former Air Force officer and co-chairman of the Colorado Backcountry Hunters & Anglers. He’s the author of “Hunting for Experience: Tales of Hunting & Habitat Conservation.”[26] During 2014 David was recognized by Field & Stream as a “Hero of Conservation”[27] and in 2019 he was the recipient of BHA’s Mike Beagle-Chairman’s Award “for outstanding effort on behalf of Backcountry Hunte

[4] Seek Outside Owners Kevin and Angie Timm were the recipients of BHA’s 2017 Larry Fischer Award, that recognizes exceptional dedication by a business to America’s backcountry values and public land and water.

[23] Calvin Rutstrum. Chips From A Wilderness Log. New York: Stein and Day, 1978, p. 222. Calvin Rutstrum was a Minnesota-based canoe country hunter-angler-adventurer, guide and teacher who sold more than 700,000 books in his lifetime.