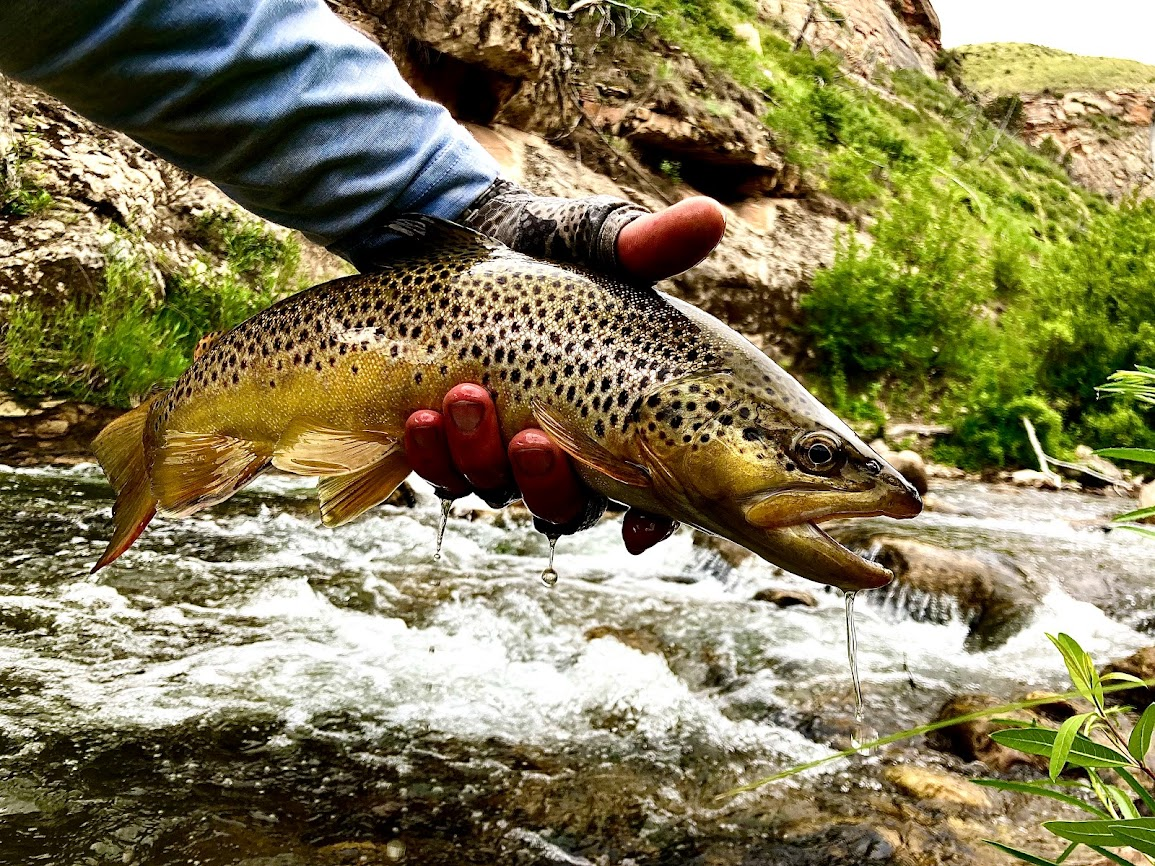 Learning to streamer fish is intimidating. Piles of big, flashy, expensive flies at the front of every fly shop tempt you as you grab a few nymphs and dries. Bathroom walls covered with grip'n grins with massive browns make you want to try it - but which fly would you pick? What size line would you use? How would you cast one of these monstrosities?

The answer is...most flies will work, but some will be better depending on the day. I'm far from an expert but the hundreds of streamer fish I caught in my first year in Wyoming have given me a decent education. I've experimented with many flies and colors and have found Kelly Galloup's patterns to be the most consistent. Under most conditions, the olive and white "Barely Legal", olive "Peanut Envy", and the olive or brown "Sex Dungeon" or "Mini Sex Dungeon" will get hit. All three are also fairly simple to tie. That said, it's always good to ask the local fly shop what's working and have a few different colors to experiment with. White, tan, yellow and black are popular with many anglers.

My leader of choice is one foot of red, 20# Maxima line with 3-4' of 8#, 10# or 12# Maxima for tippet depending on water clarity, fly size and fish size. 8# is great in clear water with the "Mini Sex Dungeon" or similarly sized flies, but I would go up a size if you're running into a lot of fish over 16 inches or fishing bigger flies. One advantage of this thicker line is abrasion resistance so be sure to use heavier line when fishing around boulders, trees or other obstacles.

For rods, anything from a 3 weight to an 8 weight will work so long as it can cast the fly. Streamer fishing requires a strip-set instead of a typical trout set due to the size of the hook, so a heavy duty rod isn't necessary for setting the hook. The strip-set entails pointing your rod at the fly as you retrieve it. When you see or feel a hit, strip the line hard to set the hook. It's ideal if you can see the fly get hit and set the hook when the white flash of the trout's mouth disappears as it takes the fly. If water clarity or lighting prevents you from watching the fly, strip set when you feel the unmistakable tug of a fish grabbing the streamer.

My general strategy for streamer fishing is finding slower water with two to five feet of depth where big, predatory trout (typically browns) will hold during the day. I typically wade fish in rivers that aren't navigable by boat, so I also try to hit any little pocket behind boulders or any run where feeding fish will be holding under faster water. 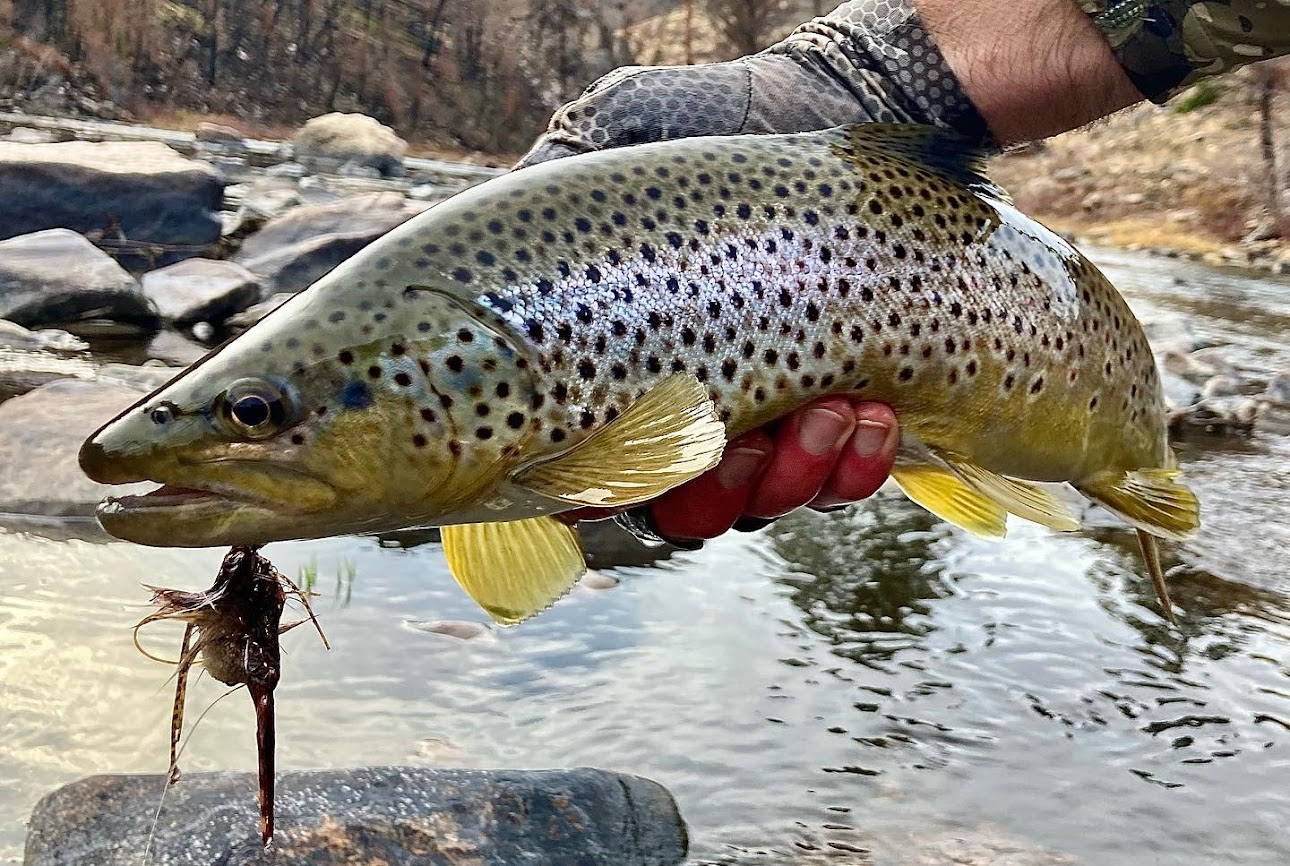 In the slow water, I cast cross stream or slightly upstream. This presents the fly perpendicular to the trout. Predatory trout often hit minnows from the side to injure them before releasing and swallowing them head first. Thus, allowing the trout to attack the streamer from the side seems to provoke them. It also produces better movement in the fly than a downstream cast where the fly is dragging against the current.

In the faster water, I cast upstream if I can but sometimes it's impossible to feel the fly or strip fast enough to keep up with the water. In medium-fast water you can often cast cross stream or slightly downstream and still maintain contact and good movement in the fly. In truly fast currents sometimes all that will work is swinging the fly across the current (you can find plenty of articles or videos on how to "swing" flies).

One of the most helpful pieces of advice I ever received was to make sure the streamer moves the second it hits the water. The smack of the streamer hitting the water grabs the trout's attention, and the sooner the fly moves, the quicker their predatory instincts will kick in. This means shorter casts are usually better, and it's critical to get the fly line to lay out fairly straight. You don't need to lay a streamer down like a dainty caddis, but you also don't want line sloppily hitting the water. I usually retrieve with standard strips or jerk-strips. I vary between small strips, big strips, fast retrieves and slow retrieves throughout the day until I figure out what is getting the best response from the fish. 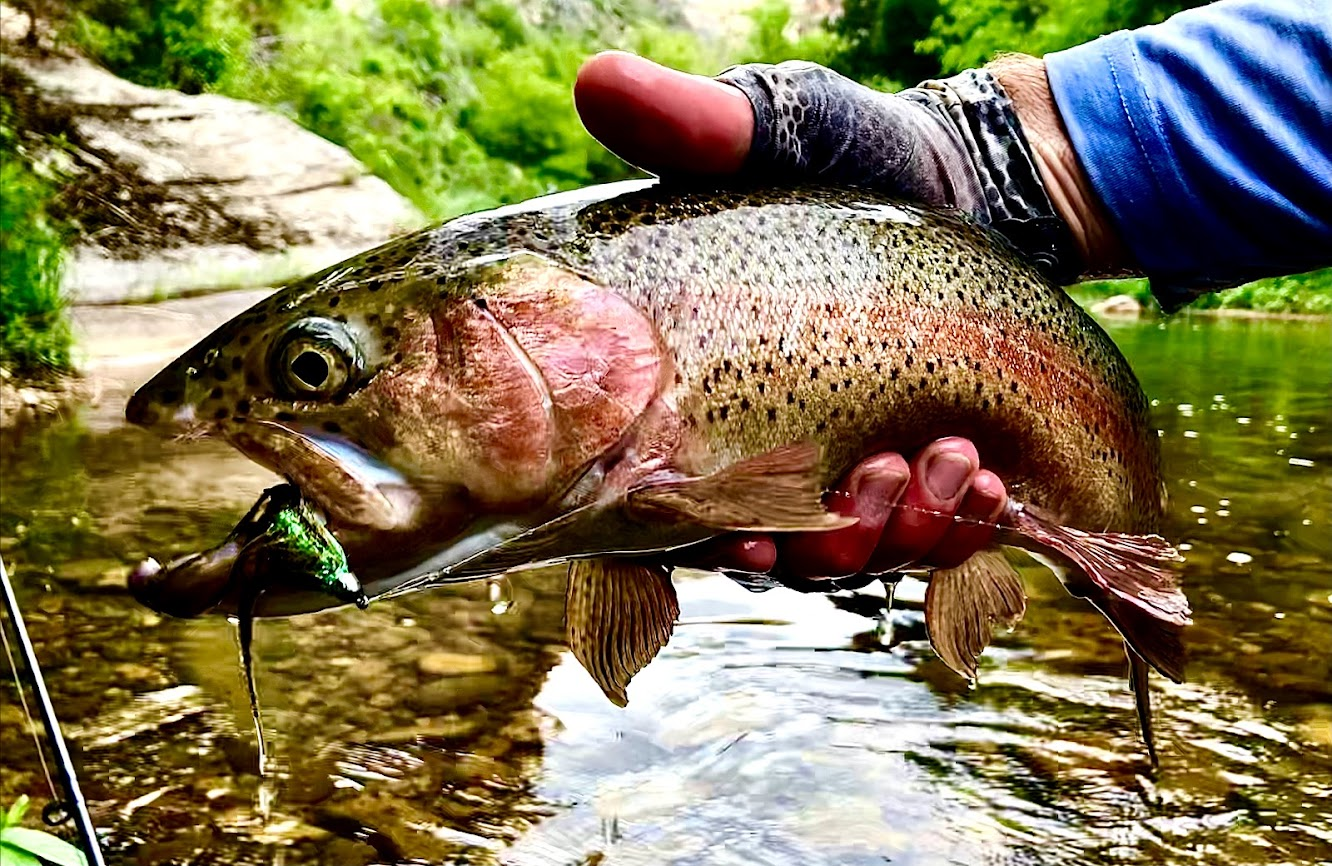 My greatest discovery regarding streamer fishing came in Summer 2021. I realized my hook-up percentage was going steadily down the longer I fished the same fly. After a few profanity filled weekends, a close look revealed the culprit - dull hooks. Putting a beautiful fly I spent far too long tying into my streamer graveyard was not an option. To my surprise, most fly shops sell a two-sided, flat sharpener. Five strokes on the left, right and bottom side of the hook will usually have it back in business. Sometimes 10 to 15 are necessary if you're really slapping boulders. I push the tip of the hook forward along the sharpener to prevent the formation of a burr. Whenever I catch a snag, lose a fish, eat a snack, or just think of it I take the time to sharpen my hooks. This strategy has greatly reduced my blood pressure and my need to wash my mouth out with soap. 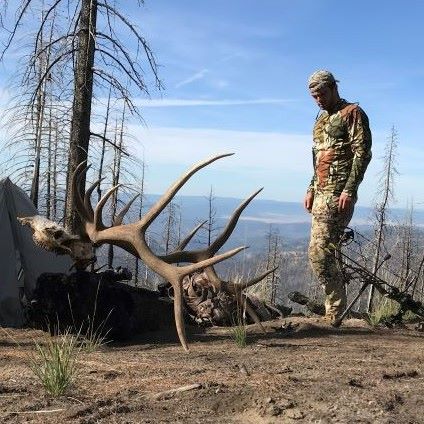 share on
See other posts related to Wyoming BHA wyoming
Get the latest news and stories, right to your inbox.
Search
Local Chapters