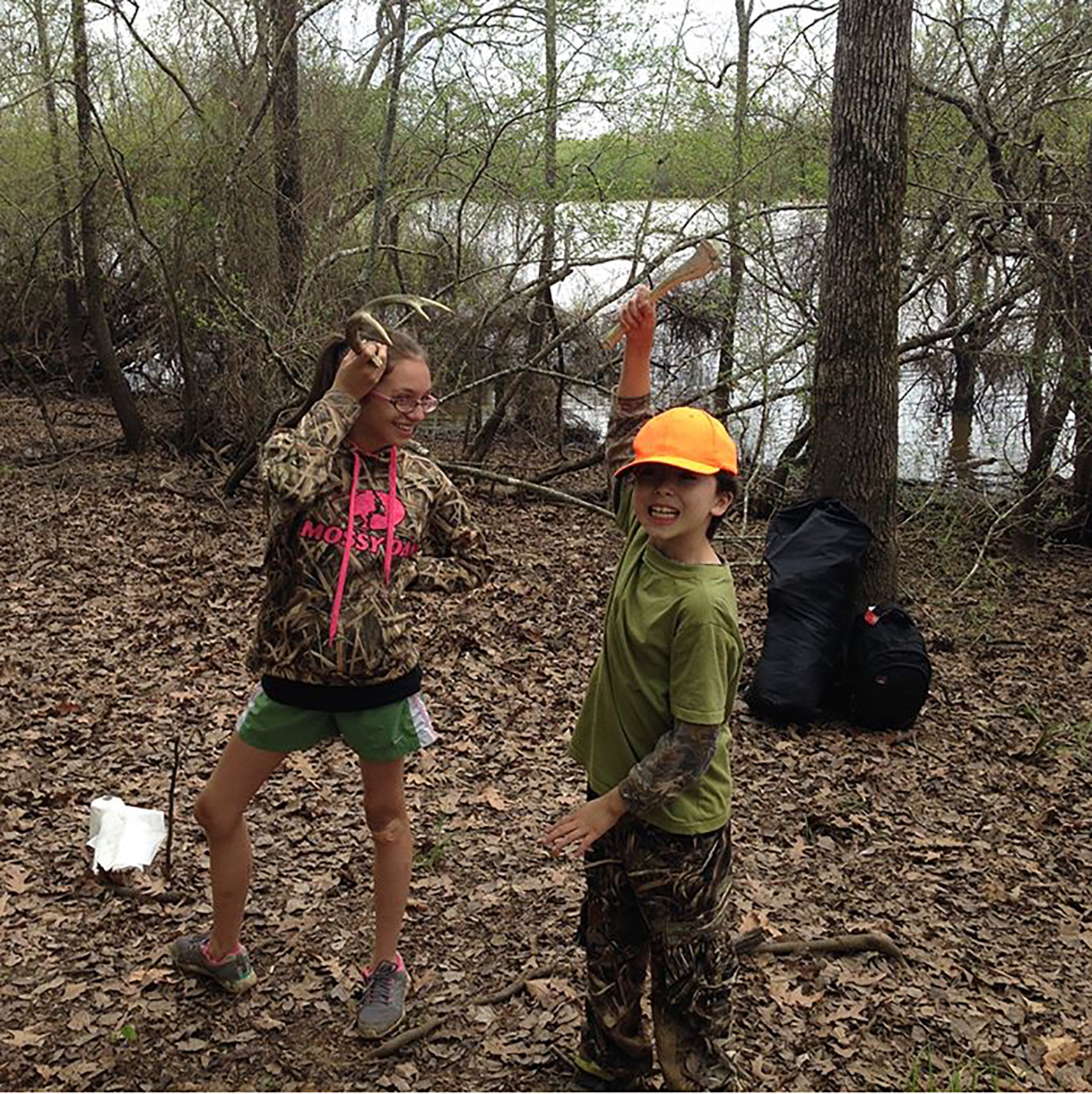 We are all partakers in something that is inherently good. The backcountry awakens a pent-up wonder that is innate to our existence. As we breathe in the mountain air or witness the majesty of the river bottom, we are connected to all those who came before us.

I grew up hunting the Mud Creek bottom in East Texas. As early as I can remember I was following my dad through the mature hardwood bottom on the north side of our deer lease hunting squirrels. I can remember being scolded for making too much noise and having to make huge strides to step inside my dad’s footprints. There was no bow season on our lease; in fact, as a child I had no idea it even existed. October was squirrel season and the first weekend of November began deer season. I loved hunting squirrels and started hunting them on my own at 10 years old. Hunting camp was a very special time, especially during squirrel season; deer season was too serious. With three or four generations represented in the camp, fantastic stories of hunting and fishing greatness were told daily, and I would hang on every word in wonder and enjoyment. In my early twenties the property was sold to a buyer who no longer wanted to lease it, so the 20-plus-years of hunting, fishing, exploring and mentoring were sadly over.

With seemingly nowhere to hunt, and starting my own family, I didn’t hunt for about 10 years. One day my dad mentioned that Bill, who was a mentor of his, had hunted what were called “Type 2” lands in the 60s and 70s. I was excited to realize that most of the fantastic stories I had listened to as a child actually happened on public land. I began to do some research and found that, at least in East Texas, we have plenty of publicly accessible land for recreation. Now, the only question was where to hunt? A quick search turned up Texas’ Public Hunting Program.

In October 2016, we had a very fun squirrel hunt but did not find much deer sign, so the search continued. After many hours of pouring over forums and maps, we decided to go with something familiar. The riparian forest of the 3,639-acre Big Slough Wilderness was set aside under the Texas Wilderness Act of 1984 and is a fantastic place with mature hardwoods that two men cannot reach around. We reveled in the glory of the wilderness, camaraderie and history of the area. I imagined the Caddo tribe hunting this river bottom 1,000 years ago, eating delicious venison, fish and small game. The awe and nostalgia of the area gave me the desire to bowhunt.

If you talk about public lands, someone always pipes up and says, “It’s shoulder to shoulder out there.” Two full seasons of bowhunting on public lands in Texas, and I have seen exactly five people. Even so, I was nervous about taking my children out there and definitely did not want to take them during the rifle season; therefore, I searched again for a way to get my children involved. It was the summer of 2018, and they were ages 9, 10 and 13. I took my kids each on a scouting excursion by kayak deep into Texas public lands. My youngest son went first, and we went to a section of the Alazan Bayou WMA that was water access only. Elias had an absolute blast, finding numerous deer tracks, rubs and beds. Then, we hit the jackpot when he found, without any assistance, a large boar skull, tusks and all. He was hooked and now wanted to go hunting. An added bonus was that this particular area was archery only, so I felt comfortable taking him there to hunt.

Second up was my eldest son Asa. He was already our little conservationist and was enthralled with the Big Slough since we had camped there for his 10th birthday in the spring. Again, the unabashed glory of the wilderness won him over, and we found tracks of numerous species, identified trees and saw an enormous cottonmouth that I could have been killed by had he not spotted him. Asa was already picking spots he thought a big buck might frequent in the fall.

Last was my princess, and we went the deepest – a full five miles downriver. All my children were now fully on the outdoor wagon, so when August came I drew for every youth hunt I could. After all, they are free! Julie successfully drew a hunt at Guadalupe River State Park. The park is infinitely nice, and being part of the famed Texas Hill Country, there were deer, hogs and exotics all around. Hunting in a blind is perfect for bonding with your children or anyone for that matter; we were closer now than ever as she entered her teen years.

We had never hunted turkey and I really wanted to see Caddo National Grasslands. So, in January of 2019, I ramped up my research and planned a hunt including my dad, brother and brother-in-law. I can’t possibly describe how valuable our publicly accessible lands are, but I do know that quality time with your sons, mentoring your teen daughter from the blind and seeing your 60-year-old dad turn 12 again are absolutely priceless.

Some may think that this resurgence of an entire family to the outdoor lifestyle includes a pile of dead animals. In these three years, six grey squirrels and one fabulous eastern turkey were harvested. The hunter is not a killer. The angler is not simply a catcher. The hiker and kayaker are not only explorers.
We are all partakers in something that is inherently good. The backcountry awakens a pent-up wonder that is innate to our existence. As we breathe in the mountain air or witness the majesty of the river bottom, we are connected to all those who came before us. Theodore Roosevelt, Aldo Leopold and Theodore Van Dyke exhaled the mist of this wonder across this great land and sought to preserve it the very same way the natives did before them. It is this glorious connection that has not only recaptured but improved the Cook family’s outdoor legacy.

About John Cook
share on
See other posts related to the campfire backcountry journal Texas BHA Winter 2020 public land owner
Get the latest news and stories, right to your inbox.
Search
Local Chapters