The Colorado Chapter's Southwest BHA crew had a great Volunteer Day this August in advance of Public Lands Month. Three Chapter Leaders, ten Volunteers and two Forest Service officials were in attendance at the Hermosa Special Management Area (SMA). BHA Chapter Leaders and Volunteers spent the day assisting the Forest Service with the implementation of their Travel Management Plan to help protect an important watershed in the area. Together Volunteers, BHA Chapter Leaders, and Forest Service Officials installed 36 signs designating open routes for camping. To protect the important watershed in this area. the SMA does not allow the typical 300 feet of cross country travel along forest service roads. As a result, open routes needed to be designated to direct users. This volunteer effort helped direct users to appropriate routes to access camping sites, mitigating the impacts otherwise caused by dispersed travel. This is the first step in educating public land users on their impact and directing this impact appropriately to protect the values within this landscape. Southwest BHA Chapter Leaders were able to educate folks about the project throughout the day, explaining who they were, what they were doing and why. 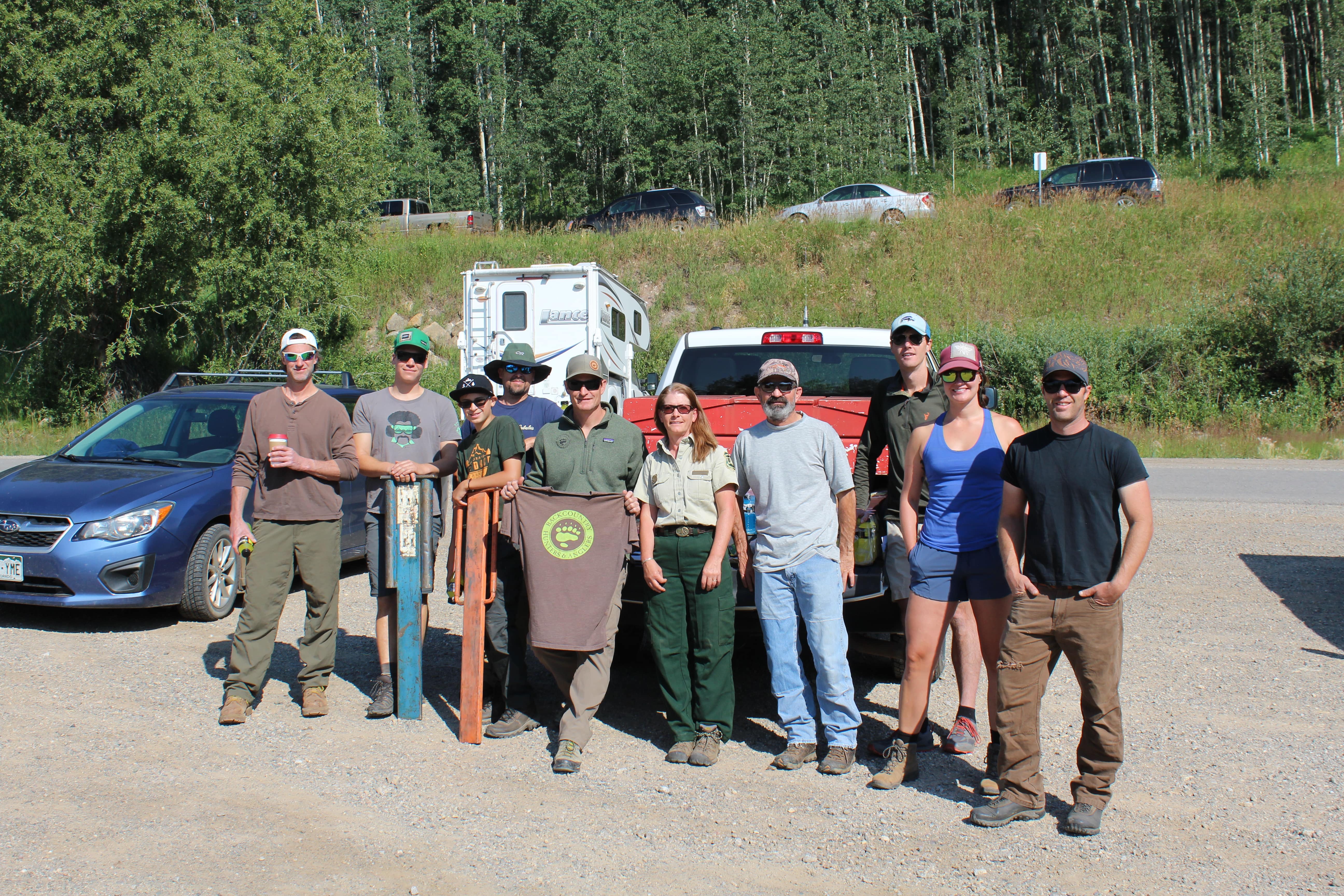 DURANGO, Colo., August 20, 2019 –  The Columbine Ranger District of the San Juan National Forest thanks local volunteers from the Backcountry Hunters and Anglers for their help in installing travel management signs last Saturday, August 17.  Backcountry Hunters and Anglers’ mission is to ensure North America's outdoor heritage of hunting and fishing in a natural setting, through education and work on behalf of wild public lands and waters.

The group installed about 40 road number signs in the Hermosa Park vicinity, showing which roads to dispersed campsites are legal to drive on. The need for the signs is because of new rules that were adopted when the Hermosa Creek Watershed Management Plan was approved in 2018, after the watershed was designated by Congress as part Special Management Area and part wilderness.

Unlike across much of the rest of the forest, driving motorized or mechanized vehicles off-road for camping is no longer allowed along the Hermosa Park Road (#578). This is for the protection of the natural resources for which the Special Management Area was made.  By designating most of the campsite spurs as official roads, most traditional campsites can still be used.

The Forest Service would like to remind the public that this and other new rules now apply in the Hermosa Watershed, and these rules are beginning to be implemented.

Further information about the Hermosa Management Plan including Travel Management rules (Appendix C), and Allowed Uses maps can be found through a link on the San Juan NF website, https://www.fs.usda.gov/sanjuan/, or by calling the Columbine Ranger District at 970-884-2512.