Have Sportsmen in Utah Benefited from the Land and Water Conservation Fund? Most Definitely! 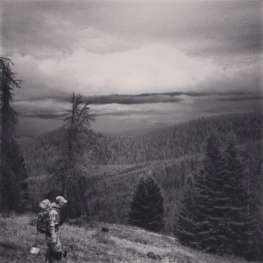 Nearly 50 years ago, while most of America was focused on the growing conflict in Viet Nam, some forward-thinking individuals were considering the needs of the nation at home.  The growing social and environmental movement gave rise to a number of new laws that provided protection for clean water, clean air, and human rights as part of LBJ’s vision for America that he termed “The Great Society.”

Among the pieces of historic legislation passed in that era were the Wilderness Act in 1964 and the Land and Water Conservation Act in 1965.  Both of these legislative Acts were instrumental in protecting wild habitat at a time when access to quality hunting and fishing was relatively easy.  Without this legislation, however, the opportunity to hunt and fish on public land would likely be much different today.

The Land and Water Conservation Fund Act established for the first time a system specifically for financing acquisition of needed outdoor recreation areas while they were still available and affordable.  It is important to note that the Fund is not tax payer-funded but is generated from a small percentage of the fees collected from off-shore oil and gas drilling.

But as often happens when public money is involved, politics follow. The LWCF is no exception, and while the fund was authorized to receive around $900 million per year, most of that money has been siphoned off for other purposes.

In Utah, the LWCF has been used for a number of projects ranging from building local parks and trails to large watershed-scale projects on the National Forests, National Parks, BLM-managed public lands, and U.S. Fish and Wildlife Service refuges. Land acquisition from willing sellers has helped secure habitat in several areas of the state where development has encroached on important big game wintering areas.  If you hike, hunt, fish, sight-see, or simply go to a nearby park for a picnic, chances are pretty good you’ve benefited from LWCF-funded projects.

Use of LWCF funds typically requires collaboration and approvals from multiple agencies and project supporters.  For example, LWCF allocations over twenty years ago were used to help improve habitat in the Book Cliffs that allowed the elk herd to expand.  Additionally, riparian restoration activities were funded that reduced streambank erosion, benefiting a number of wildlife species.   The unroaded portion of the Book Cliffs remains a highly desirable hunting area, and as a result, applicants have a longer than average waiting period to draw one of the limited number of permits.  For these reasons, the Book Cliffs remain a high conservation priority for BHA in eastern Utah.

For the first time in years, the LWCF is proposed to be fully-funded in the proposed 2015 federal budget.  To ensure that our legislators understand how important this funding is to BHA members, now would be a good time to contact Representatives and Senators to express support of LWCF.   In addition to the healthful outdoor recreation opportunities for people, improvements to wildlife habitat and overall watershed functions that benefit all species, the LWCF infuses rural areas with much needed capital for jobs and services that sustain local economies.

As sportsmen, we should be thankful that even in the midst of so much turmoil in our nation’s history, forward-thinking individuals recognized the need to ensure ongoing funding for America’s quality of life.

It is up to us to insist that the legacy continues.

Join the sportsmen's voice for our wild public lands, waters and wildlife today!

About Ken Theis
share on
See other posts related to lwcf Utah BHA
Get the latest news and stories, right to your inbox.
Search
Local Chapters