Grip and Grin: Ethics and Emotions in Images 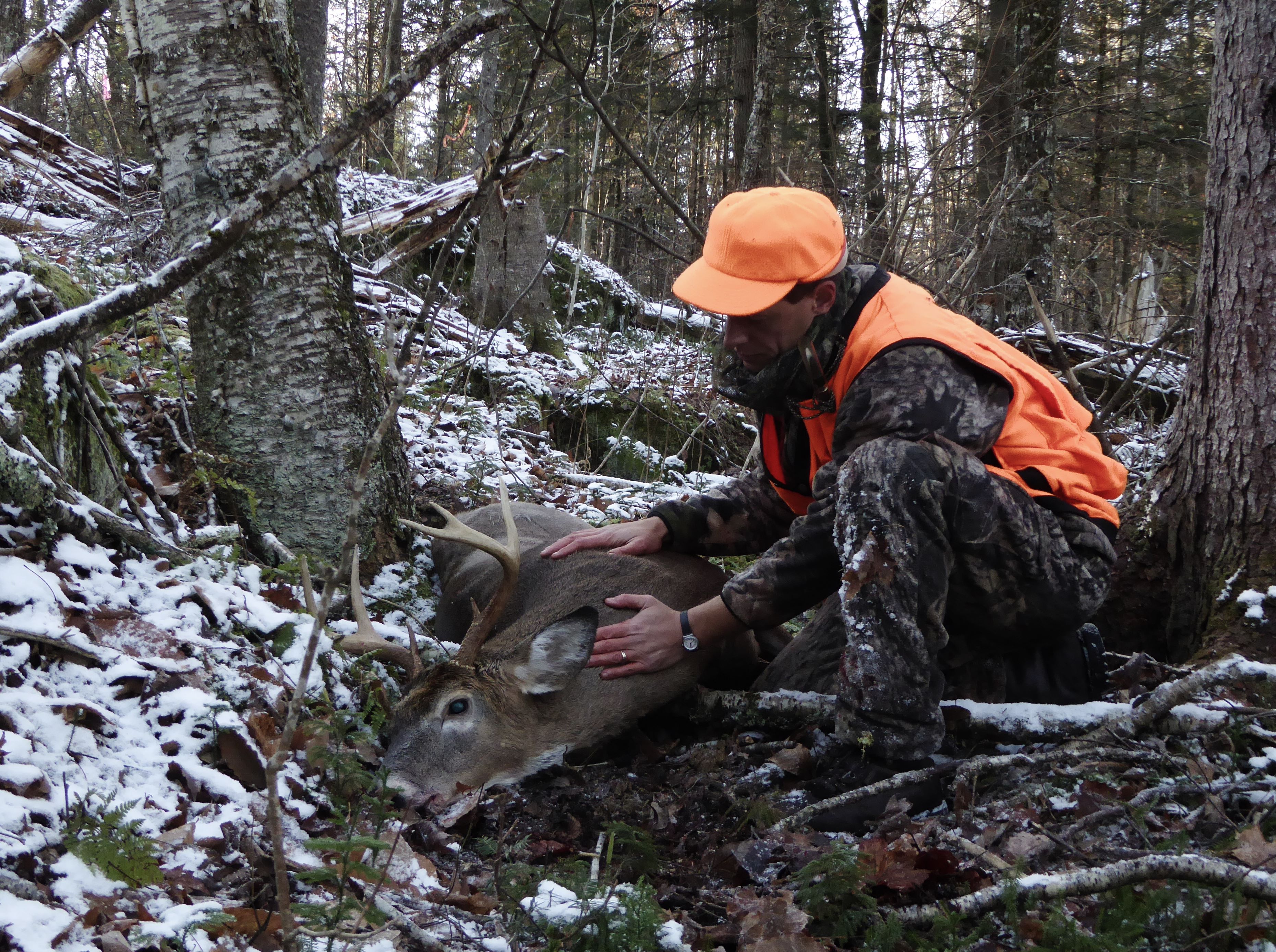 The image is familiar: A hunter crouches beside a dead deer, grinning into the camera. What do we make of this picture?

We all see the hunter’s smile. We all see the beautiful animal, now dead. And we all recognize some connection between the two. From there, though, interpretations diverge wildly.

Critics of hunting are apt to see mindless brutality. The hunter has killed, appears to have enjoyed killing, and now gloats over a carcass. Veteran hunters are apt to see celebration. Through skill, effort and luck, the hunter has succeeded and is justifiably proud.

Perhaps the chasm is too wide to be bridged. Yet, as our national conversation about food draws the public eye to hunting, I hope we can pause to reflect on our own perceptions.

In my 20s, as a vegan, I was repulsed by the pleasure hunters apparently took in killing. Two decades later, as a hunter, I understand that people enjoy hunting for reasons that have nothing to do with killing. I also understand that hunters experience a wide variety of emotions when they do kill.

“I feel very excited, but I always feel sad,” a deer hunter once told me. “It’s a mixture of awe and sadness. It’s a bunch of things.” Such an emotional jumble may sound contradictory. But each feeling was about something different: excitement at her success and the intensity of the hunt, sadness at the deer’s death, awe at mortality and the beauty of the animal.

For those who deplore all hunting, as I once did, it’s tempting to dismiss such distinctions. When we are certain an act is evil, explanations sound like subterfuge. Hunters can blather all they want, we tell ourselves. They still grin at us hideously from beside dead animals. Their talk of complex feelings is mere camouflage for their murderous lust.

For those who hunt, as I now do, it’s tempting to dismiss such hostility. When we are certain we have been misjudged, criticisms sound like nonsense. Anti-hunters can blather all they want, we tell ourselves. They condemn us without making any real effort to understand what we do or why.

As hunters, though, we share a basic belief with our critics: There is moral meaning in how one feels about killing.

Among the deer hunters I know, some say that feelings of sadness and reverence are important. All – even the least sentimental – say that killing should not be treated lightly. “It’s powerful,” one hunter-education instructor told me. “You’ve taken an animal’s life. It needs to be done with respect.” They may express joy when they succeed in a hunt. But experiencing glee in the killing itself? That, they find disturbing.

In 2007, Field & Stream columnist Bill Heavey slammed a hunter who, in an online forum, described his sadistic longing to taunt a dying deer with a touchdown-style dance. Everyone I know, hunter and non-hunter alike, agreed with Heavey. We were all disgusted by the idea of someone feeling such obscene glee about killing.

That glee is what many critics see in pictures of hunters grinning beside deer and elk. They see it even more readily in videos of hunters whooping and high-fiving after a kill.

Such images, like words, are symbols to which we ascribe significance. You and I can look at the same photograph, or read the same story, without perceiving the same meanings. If you are the hunter, the image will probably seem positive. But not necessarily.

I am uneasy with the few such pictures of me. In each, my smile has not expressed the soul-deep emotions of the moment. Rather, it has been for the camera or the person behind it.

When the writer Michael Pollan saw a picture of himself with a wild pig he had killed, he felt ashamed, not of the killing but of his joyful grin. Such images, he observed, “are a jolting dispatch from the deep interior of an experience that does not easily travel across the borders of modern life.”

Living along those borders as I do these days, I am still sometimes jarred by such pictures. Yet a photo tells me little about a hunter’s feelings, let alone his morals. A friend once sent me a picture of himself crouching beside a dead deer. The image did not tell me how many years of persistence led to the killing of this first buck. It did not tell me how my friend felt, kneeling on land his grandparents had worked. It did not tell me how grateful he was for the luck, the instant kill, and the venison for his family.

His e-mail told me these things, though, and I understood his smile. He was saying grace.

Tovar is a writer, speaker and communications consultant from Vermont. He serves as a board member for Orion and New England BHA and is the author of The Mindful Carnivore.

This department is brought to you by Orion - The Hunter’s Institute, a nonprofit and BHA partner dedicated to advancing hunting ethics and wildlife conservation.

About sam lungren
share on
See other posts related to media the campfire backcountry journal fair chase BHA blog orion
Get the latest news and stories, right to your inbox.
Search
Local Chapters