Grinnell: America’s Environmental Pioneer and His Restless Drive to Save the West by John Taliaferro 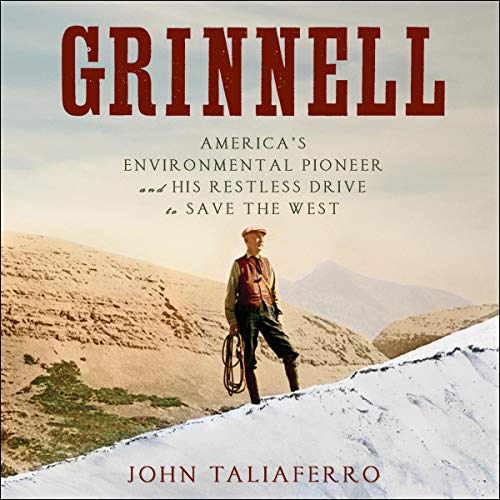 I’ve read a handful of books in the past couple years that I think should belong in the Backcountry Hunters library, but the one that stands out most and should be required reading for all conservationists and hunters is John Taliaferro’s recent biography, Grinnell: America’s Environmental Pioneer and His Restless Drive to Save the West. I really wasn’t too familiar with George Bird Grinnell before reading this. I’d seen his name mentioned in other works and knew he was somehow affiliated with the likes of Theodore Roosevelt and Gifford Pinchot, but that was the extent of it.

Grinnell was among the first Americans to really advocate for public lands, and undeniably he was one of the most outspoken and effective. This book chronicles his entire expansive resume, starting with his first visit to the American West, where he almost immediately saw the dismal effects of the slaughter of buffalo and other wildlife, which got the gears turning and started the drive that would continue for the rest of his life.

Taliaferro goes into great detail describing Grinnell’s effectiveness as editor of Forest and Stream (precursor to Field & Stream), using it as a mouthpiece to amplify his ideas for conservation and public lands, as well as his founding of the Boone and Crockett Club with Theodore Roosevelt and founding the Audubon Society.

Grinnell: America’s Environmental Pioneer and His Restless Drive to Save the West describes exploits from an expedition into the Black Hills with General Custer and an excursion to Alaska with heavy hitters like John Muir, John Burroughs and Clinton Hart Merriam (Merriam’s turkey anyone?). Grinnell played a key role in milestones like the first federal protections for migratory birds and the creation of Glacier National Park. An incredibly prolific writer himself, George Bird Grinnell was a remarkable figure in the history of the American conservation and public lands movements. As advocates for public lands ourselves, we should not let him be forgotten.

-RENICK SEANOR, a new BHA member who has spent his entire career working on public lands throughout Florida, Alabama and Georgia. He’s currently the wildland fire planner for Fort Stewart in Georgia, and lives just outside Savannah with his wife, two dogs and three-month-old son, who he hopes will inherit his passion for the outdoors.

Purchase Grinnell: America’s Environmental Pioneer and His Restless Drive to Save the West on Amazon Smile, and register Backcountry Hunters & Anglers as your preferred non-profit to give back to your wild public lands, waters and wildlife.