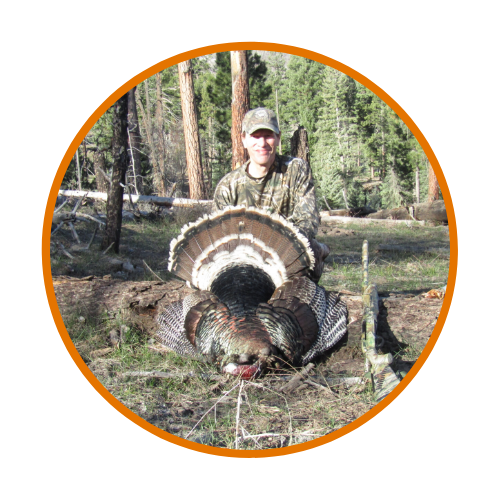 I’ve put my fair share of toms in the freezer during the decade or so that I’ve been chasin’ gobblers in southwest Colorado’s high and wild San Juan Mountains, but I can tell many more stories about the ones that got away. Regardless, the one thing that permeates all these close encounters is the adrenaline-induced “fever” experienced when a gobbling tom closes the distance.

Just like buck fever, gobbler fever can result in botched shot opportunities, leaving hunters flabbergasted and mumbling obscenities. However, it need not ruin your hunt. In fact, it’s a natural and essential part of all hunts in my opinion.

“Psychologists and ethologists (students of animal behavior) refer to this automatic survival response as the fight-or-flight syndrome,” David Petersen wrote. “By any name, it provides anyone who’s experienced it with gut-churning proof that we remain, in our deepest genetic core, wildings that evolved not only as predators but also as prey.”[2]

The fever is an innate and necessary reaction. It’s also a primordial counterbalance to the stresses and strains inherent in our increasingly mind-numbing day-to-day world. A wild refuge from modern mayhem. I experience it (at some level) during all wild game close encounters, but two experiences stick out from the spring 2020 turkey-hunting season.

After backpacking in to a public lands hunting locale, I’m up before sunup with several toms gobbling from the roost within earshot of camp. I close in on the nearest tom, but make a rookie mistake: getting too close and “bumping” the tom. Although he didn’t spot me, he likely heard my approach and decided something wasn’t right. The tom moves off while still responding to my pleading yelps.

I should have setup and started calling from 100 yards out instead of 50. Later that morning, two more toms sound off from a nearby ridgeline. Again, I approach to within 50 yards and bump the closest tom. He walks away gobbling, which is akin to laughing at my second mistake of the day, but the morning was still young.

I move up the ridge and flush the second tom (he wasn’t responding to calls), being treated to a magnificent bird’s-eye view of him gliding down the ridge and out of range. While returning to camp, two more toms sound off. In lieu of closing the distance, I opt to take cover nearby and commence calling. A minute later one of the gobblers appears—seemingly out of thin air, startling me—trotting down the trail some 50 feet away. We spot each other simultaneously.

He stops in his tracks and starts putting. Anticipating him sprinting away at any second, my gobbler-fever-infused body and brain rush the first shot and a follow-up shot, while the tom rockets away, roadrunner-like, down the trail. An inspection of the kill zone finds no feathers and leaves me flabbergasted. 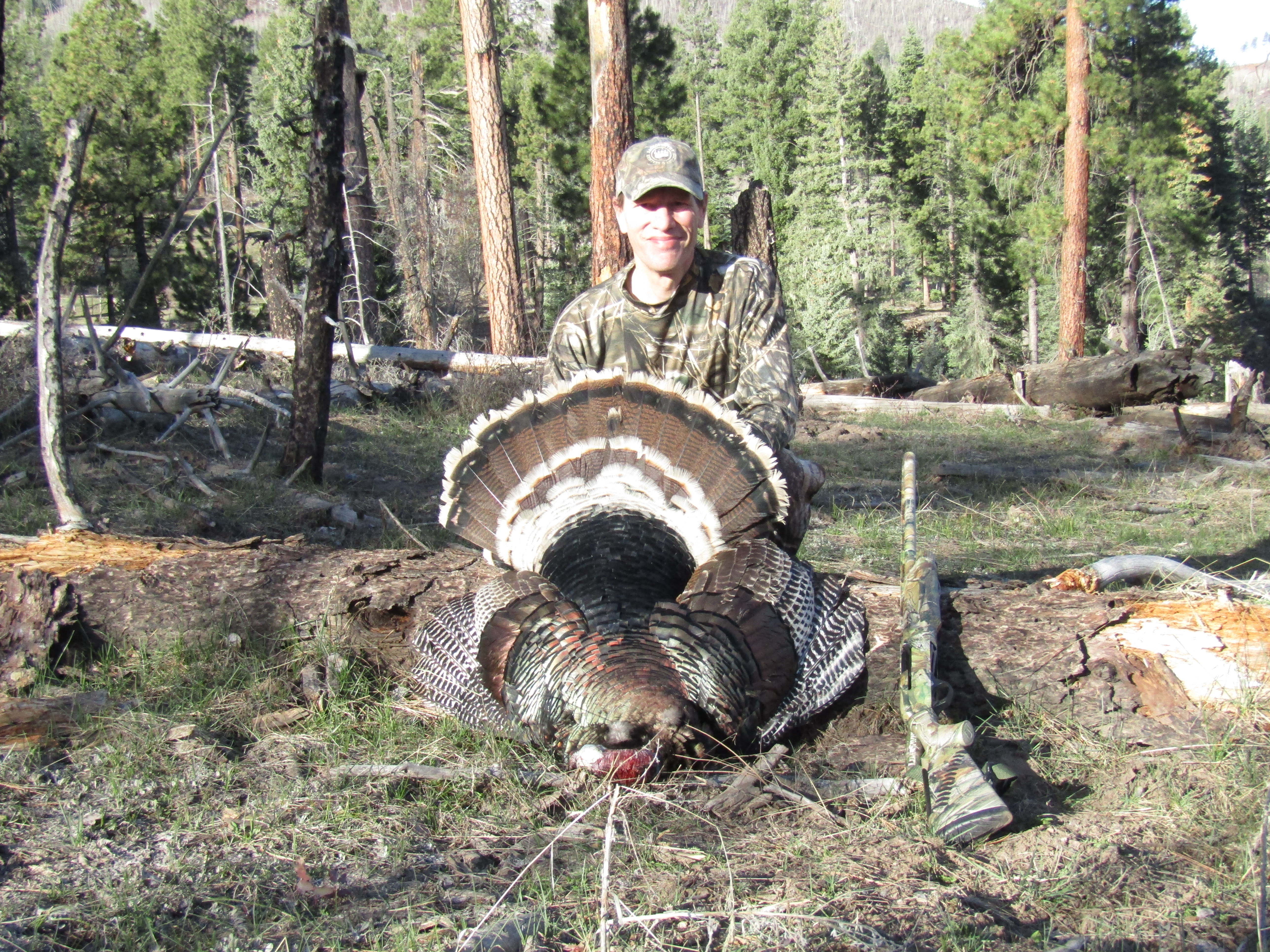 It’s still dark when I cross a creek and head up the same ridge where I bumped and flushed the two toms nine days ago. I’m moving slowly and silently, intently listening for any toms gobbling from the roost. However, the first sound I hear is “putt, putt, putt” from the ridge to my immediate right. A hen has spotted me.

I freeze for a few minutes, then find some cover on the opposing ridge to sit, listen and watch. Within minutes, multiple hens are yelping in combination with two gobbling toms. I’d nearly walked directly underneath their roost site. My yelps elicit responses from both hens and toms, but only a lone hen comes over to check me out. She loiters in the area, putting, but doesn’t bust me.

As they move up the ridge, I follow from a distance, hoping to circle ahead for an ambush. Although I spot the flock of 8 to 10 birds, they move back down the ridge and vanish. An hour later, two toms sound off a couple hundred yards away. I close to about 100 yards, find a mature ponderosa pine to use as cover and commence yelping.

Soon, one appears off to my right. The resulting gobbler-fever-induced adrenaline surge causes my heart to pound and one leg to twitch and tremble involuntarily. Can he see the movement, I wonder. As the longbeard passes in front of my ponderosa (about 20 feet away), starting to put, I take aim and wait for him to come into view, then BOOM!

More often than not, toms head in the opposite direction when they hear my yelping, but occasionally I come across one with funky hearing and/or questionable moral standards. I’ve also noticed that as bad as my yelping sounds (to me) at times, some hens sound even worse.

“‘Buck fever’ is much the same feeling you get before a big game, or before you finally decide to call and ask her out,” wrote Allen Morris Jones in A Quiet Place of Violence. “Your stomach twists up into your throat because you have worked hard toward the completion of a deeply-felt project, and it’s about to be fulfilled. Or not.”[3]

“A trophy in hand, while satisfying, can never be as exciting as the fair-chase lead-up to its taking, simply because it signifies a done deal,” David Petersen wrote in the February/March 2013 issue of Traditional Bowhunter. “It’s the anticipation arising from the unknown that powers the spark that keeps thoughtful hunters hunting.”[4] As Allen and David suggest, experiencing gobbler fever is not necessarily a bad thing. In fact, it’s the opposite.

That feeling and the associated adrenaline rush is the spark, the wildfire that hooked me on turkey hunting. It serves to counteract the unrelenting pressures of everyday life. It’s something ancient and understandable. The first day I’m calm and emotionless when stalking a tom or any other wild animal will be my last day of hunting.

David Lien is a former Air Force officer and co-chairman of the Colorado Backcountry Hunters & Anglers. He’s the author of “Hunting for Experience: Tales of Hunting & Habitat Conservation” and during 2014 was recognized by Field & Stream as a “Hero of Conservation.”[5]