It was the last morning of my turkey season, and it had been a great season. In the first three days, I harvested two birds, both in the longleaf forests of south Georgia. However, I was determined to get my third bird in the mountains at the other end of the state. I hunted the Georgia Mountains for weeks, over 20 days total, and while I got into birds every day, these mountain birds just did not want to cooperate. 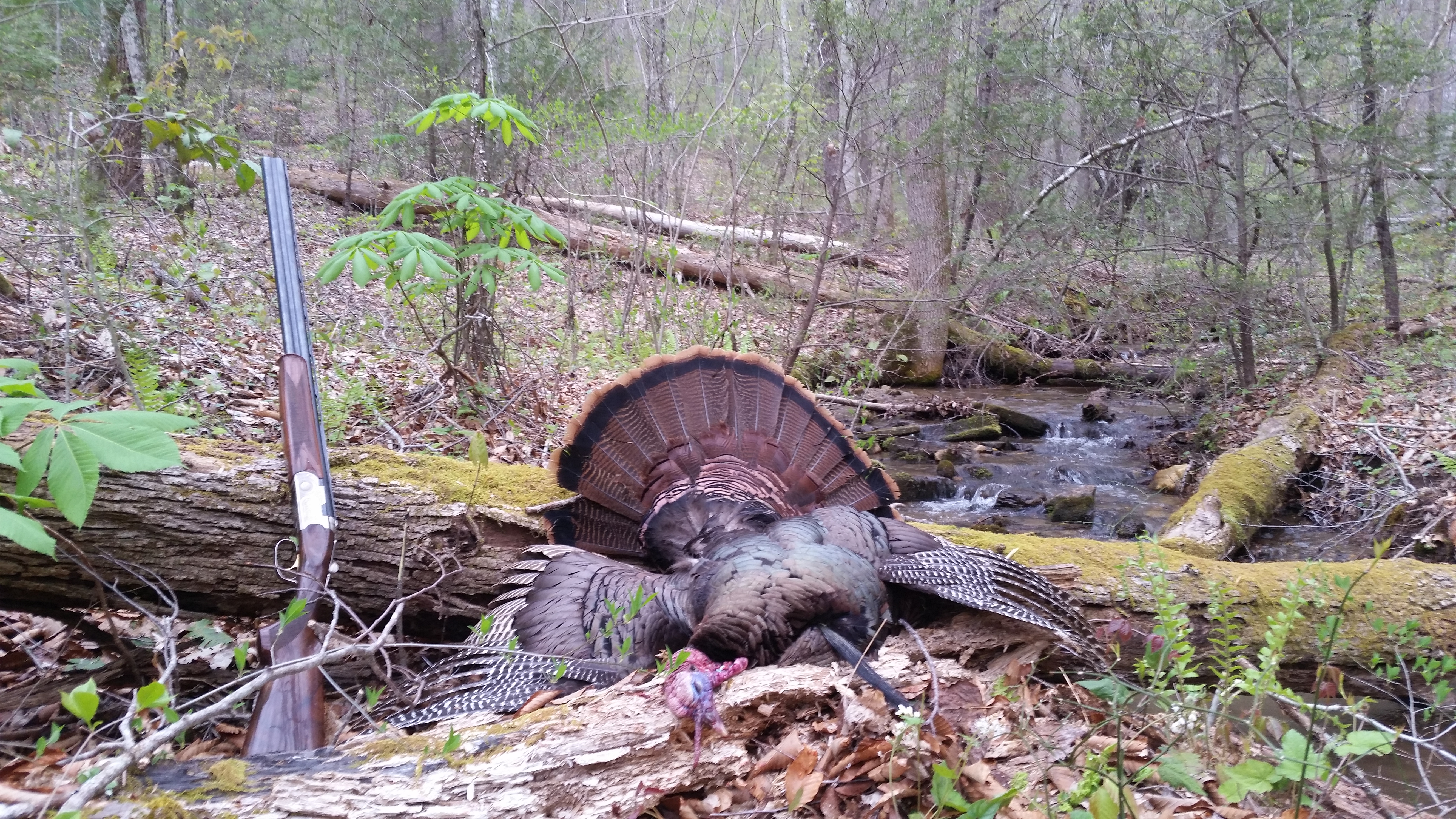 For this last Georgia hunt of the year, I decided to make it epic. If I was not going to get my limit, I would not just fail – I would fail hard. I decided to get up early and hike miles into a high elevation gap on the Georgia-North Carolina border. The sun rose, and, with the same anticipation I have every day of turkey season, I listened for a bird gobbling from the roost. But instead of a gobble, I heard owls, robins, and squirrels; before I knew it I had listened for an hour and not heard a single turkey. Usually at this point, I would walk and call periodically but on this last day I decide to set up there in the gap and just enjoy the Blue Ridge Mountains. I was blind calling about every 15 to 20 minutes, and in between my mind would wander.

My mind finally settled on the beautiful mountains that were all around me, and I realized how special it is that I can have this type of experience on public lands right here in Georgia. The first tract of what would become the Chattahoochee National Forest was purchased in 1911. Since then the forest has grown to 850,000-plus acres, and many other tracts of public land have been created across the state in the form of wildlife management areas and national wildlife refuges. Despite all this public land, Georgia remains a state dominated by private lands, and thus for many Georgians finding a place to hunt or fish can be a challenge. Increasing and maintaining public lands in Georgia is critical to our sporting and natural heritage and something everyone in Georgia should be proudly supporting.

One of the most inspiring initiatives for increasing the amount and quality of our public lands was recently introduced: the Georgia Outdoor Stewardship Act, or GOSA. GOSA would establish a long-term sustainable source of conservation funding in the state. If passed GOSA would provide a portion of the sales and use tax on outdoor sporting goods to conserving land here in Georgia – land that we all own and can use. GOSA funds would be primarily used to purchase land important for outdoor recreation, wildlife and ecosystem services such as clean water. But some funds also would be used to improve the quality of existing public lands and city parks. Overall, GOSA would increase the quantity and quality of public lands, improving our quality of life in a state where we already enjoy so many natural wonders. GOSA was signed into law by Governor Nathan Deal on May 7, and now the rest is in our hands. In the upcoming November Election Ballot, we Georgians have the opportunity to conserve the great lands of our state, preserve our natural heritage and provide greater recreational opportunities for everyone.

Just as quickly as my mind began to wander, I was quickly brought back to the present. A dark form began to make its way through the oaks and into the remote mountain gap. My blind calls were successful, and a hen walked into view. A hundred paces behind her strutted one of the old kings of this mountain. I watched as he displayed his majesty, and with one shot, my turkey season in Georgia was over. As I knelt next to him and made my peace, I looked at the mountains that framed the view in every direction and realized how thankful I am. I want to give back and make sure that my kids and my grandkids have these same opportunities. Consequently, you will find me at the ballot box in November ensuring that future.

Dr. Chris Jenkins has dedicated his life to the conservation of wildlife and wild places. Chris is chief executive officer of the Orianne Society, which focuses on conserving endangered reptiles and amphibians around the world. He also serves as a board member on the Southeast Chapter of Backcountry Hunters & Anglers, chairman of the International Union for the Conservation of Nature’s Viper Specialist Group, and adjunct faculty at the University of Georgia. Chris is an avid outdoorsman who lives with his family in the beautiful Blue Ridge Mountains of North Georgia.

share on
See other pages related to southeast issues
Get the latest news and stories, right to your inbox.
Search
Local Chapters