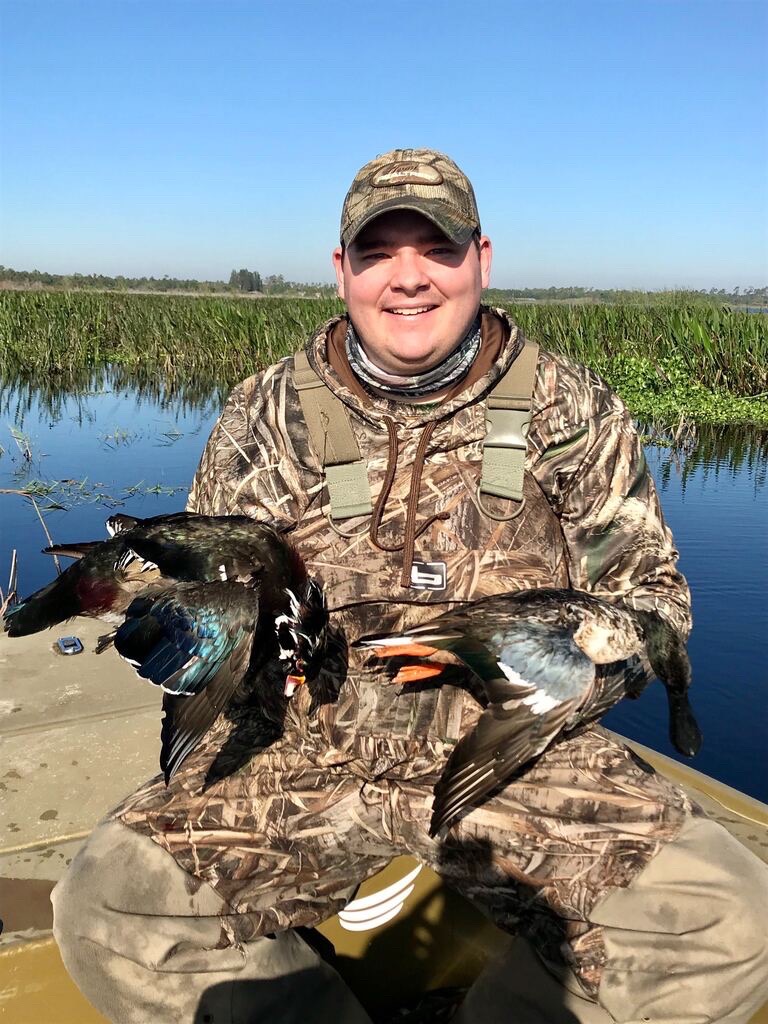 Nathan grew up in central Florida hunting and fishing with his father from an early age. The majority of those experiences happened on public land. Fishing the flats of southwest Florida, exploring the multitude of lakes surrounding his home town, and roam the vast Green Swamp kindled a flame that grew into a passion for the outdoors that cannot be quenched. As Nathan grew older, he started to understand the value of the public land we have in America and how vital that resource is to the fabric of the country. It was this realization that brough Nathan to BHA as a member and eventually as a leader. Nathan lives in Atlanta, Georgia, and works in the IT industry. 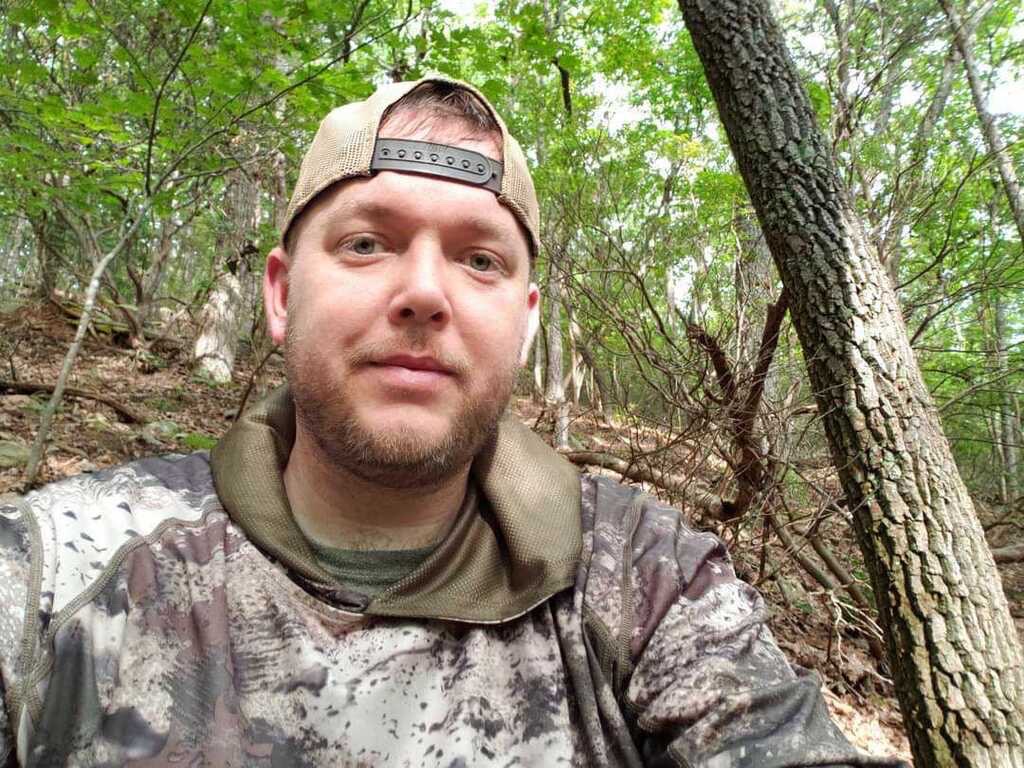 Matt Lowe was born in Helena, Montana, and moved to the metro Atlanta area when he was 7. His love of public lands was cultivated by his grandparents, who took him camping and trout fishing in every creek from Georgia to Colorado. Matt began hunting deer when he was 10. He is now married with 7 children of his own, and he continues the tradition of hunting and fishing with them. They spend their summers fishing north Georgia’s trout streams and their falls ranging from Georgia to Idaho. Matt found BHA while searching for a local sportsman’s group after a long conversation with Randy Newberg. He joined the Southeast Chapter and volunteered his time every chance he got. When Georgia was slated to break away and establish its own chapter, Matt immediately offered to help any way he could. 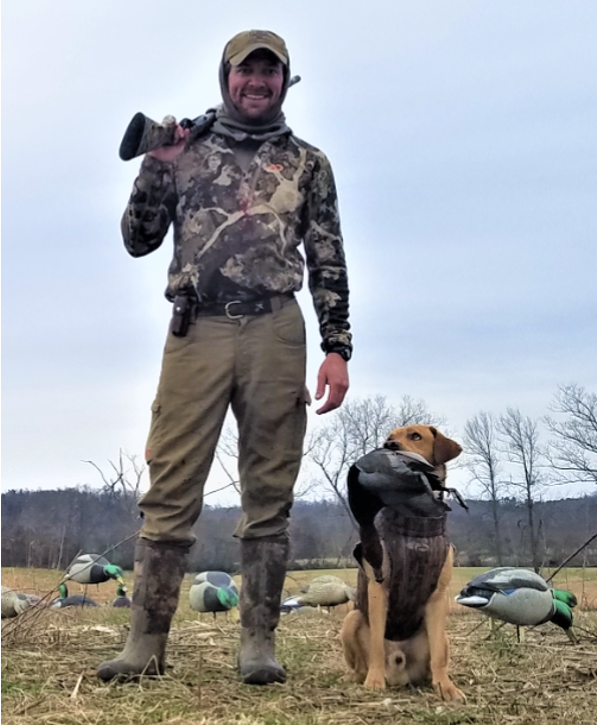 Public lands have taught Scott Jones more life lessons than he could ever have learned from any professor, teacher, or mentor. His aim is to preserve and expand this fertile training ground for all that are daring and open enough to learn from it. 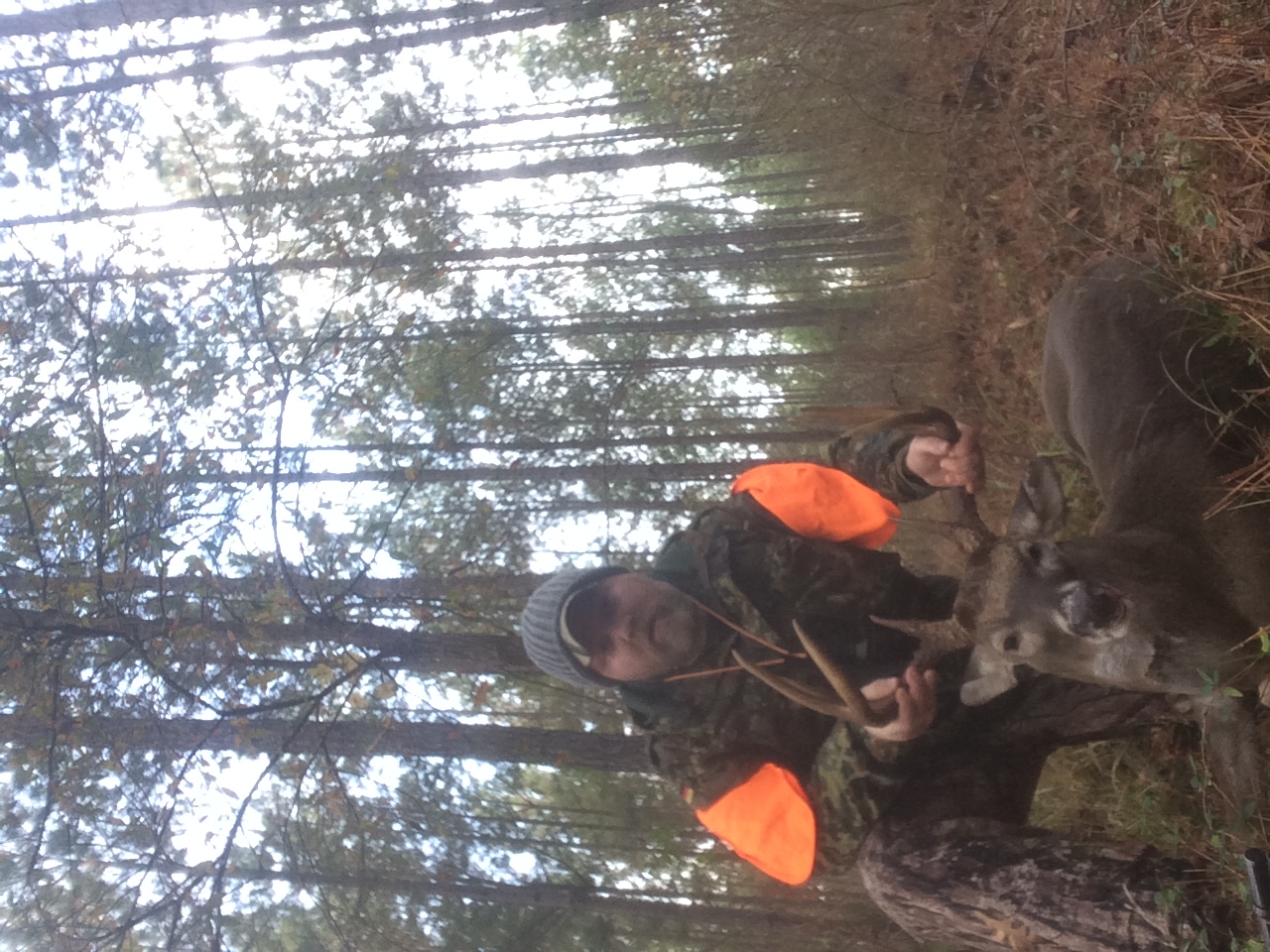 Matt grew up in middle Georgia hunting and fishing alongside his Dad and Grandpa. What started as a pastime soon became a love affair that followed him around the globe chasing big game and fish. The importance of public land access came to the forefront of his attention while living in Alaska. At the time, the Bristol Bay Pebble Mine was in the topic of every Alaskan’s conversation, a conversation that lingers today.  After returning to Georgia, Matt brought with him a passion for public land use. Whether hiking in the Himalayas, trout fishing in Scotland or hunting in Georgia, the preservation of public lands will always be an issue he is ready and willing to stand up for. Matt is a combat veteran and lives in northeast Georgia with his wife. 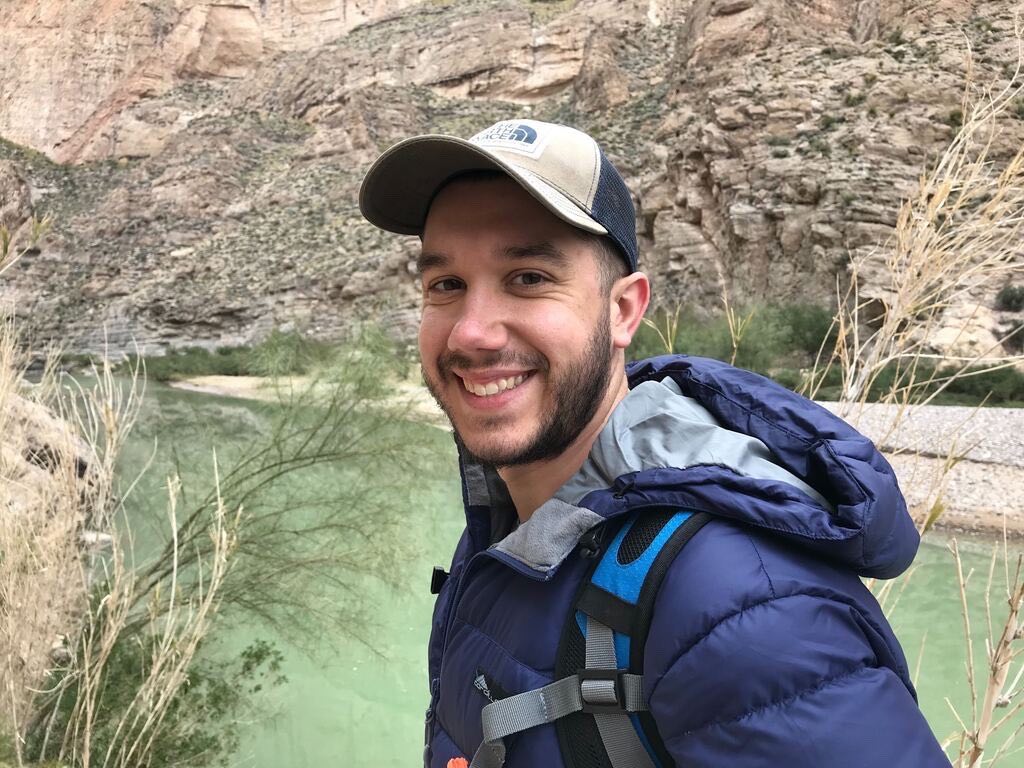 Wayne Engeron grew up hunting in Georgia’s Piedmont region before taking a ten-year break from hunting during high school and college. His time away from the woods helped foster a passion for hunting, however, that he feels would not have developed otherwise. Today, Wayne spends the bulk of his time hunting, fishing, hiking, and backpacking on public lands. He is proud to be a part of an organization that tis the voice of outdoorsmen and public lovers.xs 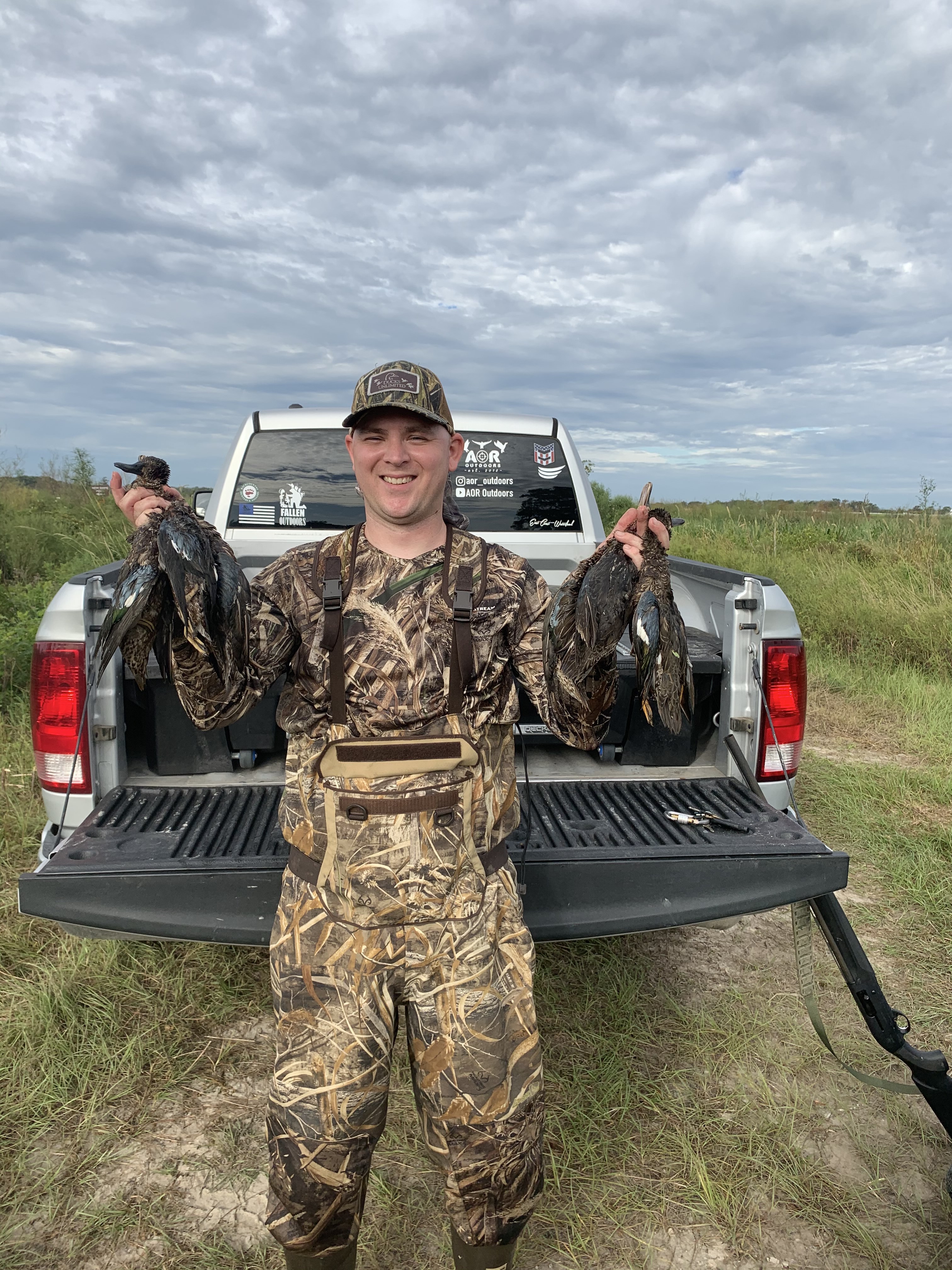 Anthony Kniffin enlisted in the U.S. Coast Guard in 2006 and has served his country as a machinery technician ever since. He has a beautiful wife, a daughter, and a Boykin spaniel named Copper. He’s currently stationed in St. Marys, Georgia, and is an avid waterfowl and turkey hunter in his off time. He’s currently working on a fisheries and wildlife management degree to continue chasing his passion after retiring from the Coast Guard. 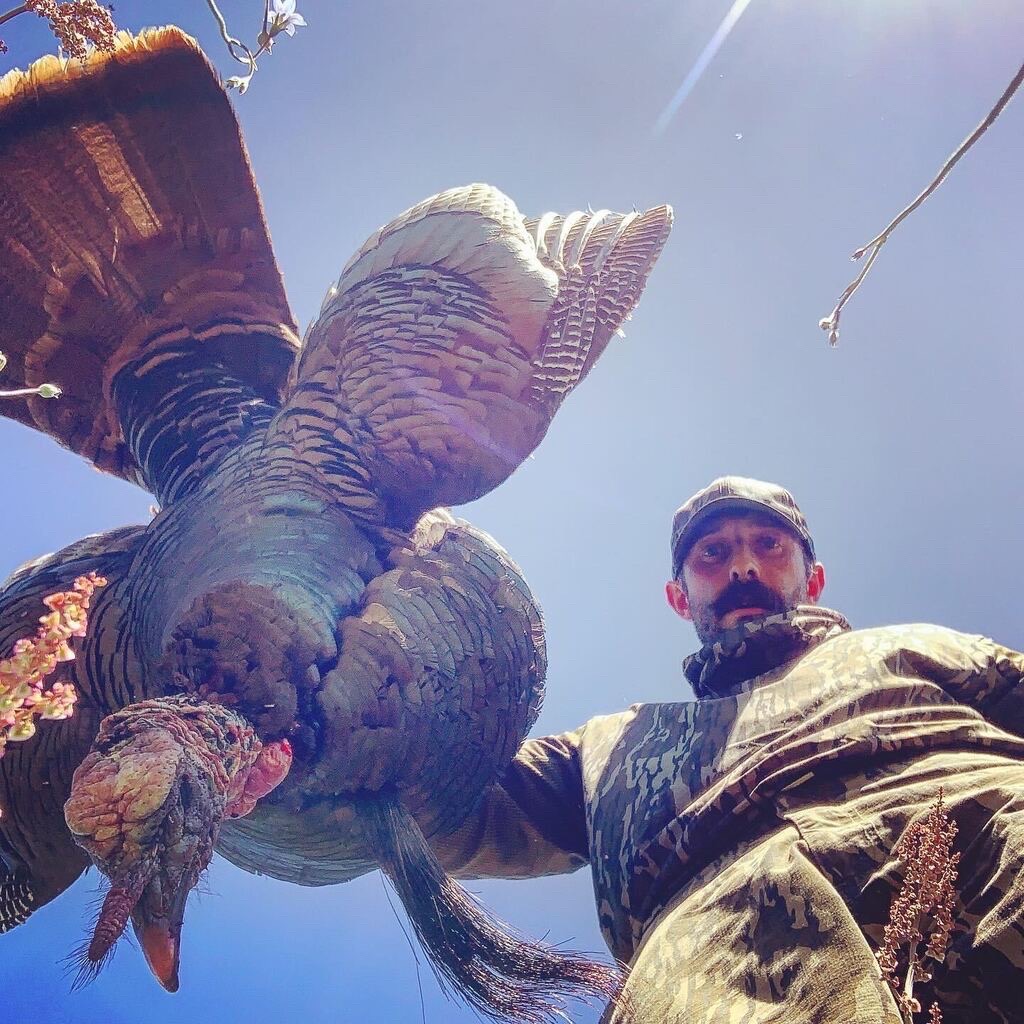 Marc Thompson grew up in the outdoors fishing with his grandfather and playing in every creek and patch of woods he could find. As a result, wildlife and wildlife habitats have been a a passion of his for since childhood. Hunting came along in his twenties and only increased his drive to be in the wild. Upon finding BHA, Marc immediately knew that he wanted to be actively involved in a leadership role. As the events coordinator for the Georgia Chapter, Marc spearheads film festivals, pint nights, and other events for the chapter.

Chris Jenkins – At Large and North American Board of Directors

Dr. Jenkins is the founding Chief Executive Officer of The Orianne Society. He is also the founding chairman of the Georgia Chapter of Backcountry Hunters and Anglers where he has played important roles in passing policies at state and federal levels. In these roles, he has helped increase the amount of public land in Georgia, adding multiple Wildlife Management Areas. These projects have been unique as they have the dual purpose of conserving the Gopher Tortoise, a candidate for ESA listing, and adding recreational hunting and fishing opportunities. Dr. Jenkins received a B.S. and M.S. from the University of Massachusetts in wildlife biology. He received his Ph.D. in biological sciences from Idaho State University where he studied the impacts of grazing and changing fire regimes on Great Basin Rattlesnakes. Dr. Jenkins also founded the IUCN Viper Specialist Group and served in leadership roles in Partners for Reptiles and Amphibian Conservation and Gopher Tortoise Council. Before founding the Orianne Society, he worked with Wildlife Conservation Society, USFS, USFWS, University of Massachusetts, University of British Columbia, and National Geographic. Over his career, Dr. Jenkins has contributed to many scientific publications, books, and popular media publications and hosts the Snake Talk podcast. 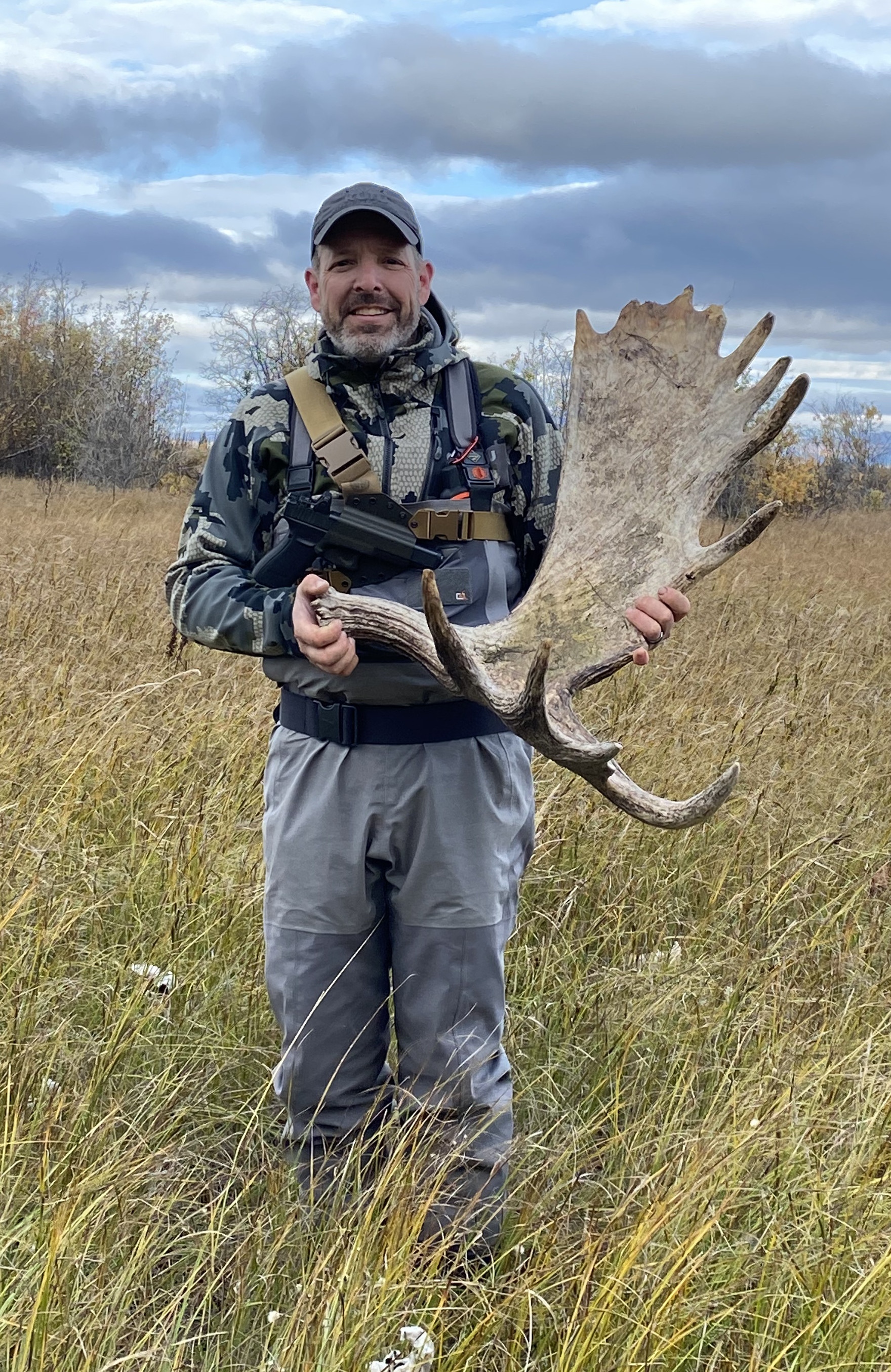 Though he grew up hunting large tracts of private land, Tom Adrien is an adult onset hunter as far as public lands are concerned. He eventually purchased a cabin in the adjacent to a patch of national forest with the goal bicycling the mountain gaps. But in addition to some great cycling, he also found an abundance of game while hiking and biking. That’s when he learned of the great hunting opportunities offered on public lands in Georgia. Tom joined BHA as soon as he heard of the organization because of BHA’s goals and missions align directly with his own values. He’s eager to be a part of local and national efforts to protect public lands for present and future generations. 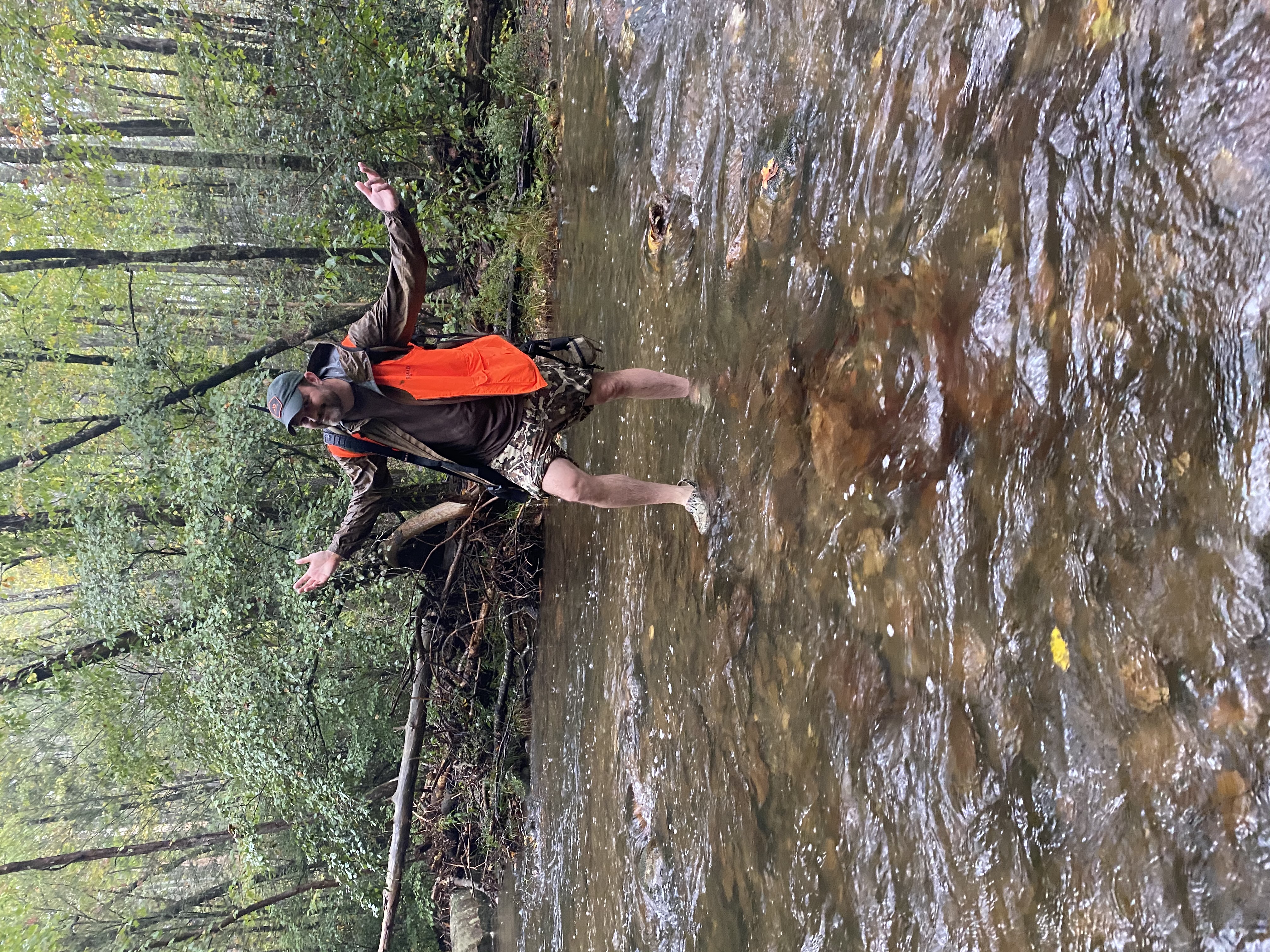 Gunner is a lifelong outdoor enthusiast. His passion for wild places started with “camping” in his parents’ backyard as a child and backpacking in the Colorado Rockies as a teenager. His love of the outdoors remains today only now he’s either out chasing birds with a gun dog named Betty or hunting big game in the woods and swamps of Georgia’s Low Country. When he isn’t hunting, you can find Gunner kayaking and fishing Georgia’s coastal waterways. He’s a strong advocate for conservation and is committed to helping preserve public lands for future generations to enjoy. 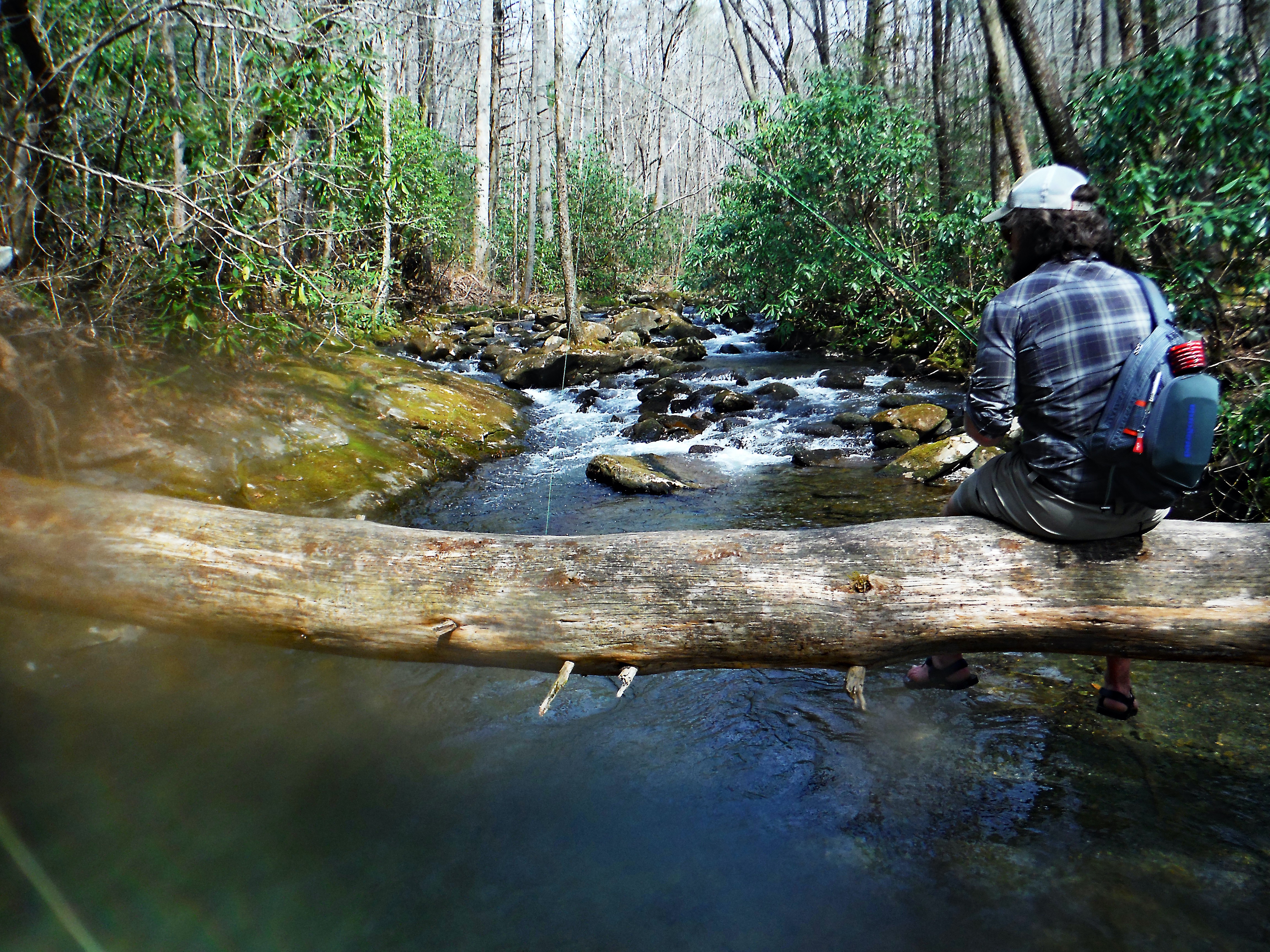 Josh grew up fishing the little oxbow lakes of northwest Mississippi for largemouth bass with his father. Those early mornings cultivate his passion for wild spaces and the wildlife that inhabit them. Since moving to northwest Georgia, he’s traded muddy backwaters for clear mountain streams and a rickety deer stand for a comfy climber. But his fervor for the outdoors has only grown as he’s explored Georgia’s public lands and waters. He spends his life hunting, fishing, and hiking on public lands and wants his daughters to have the same opportunity. 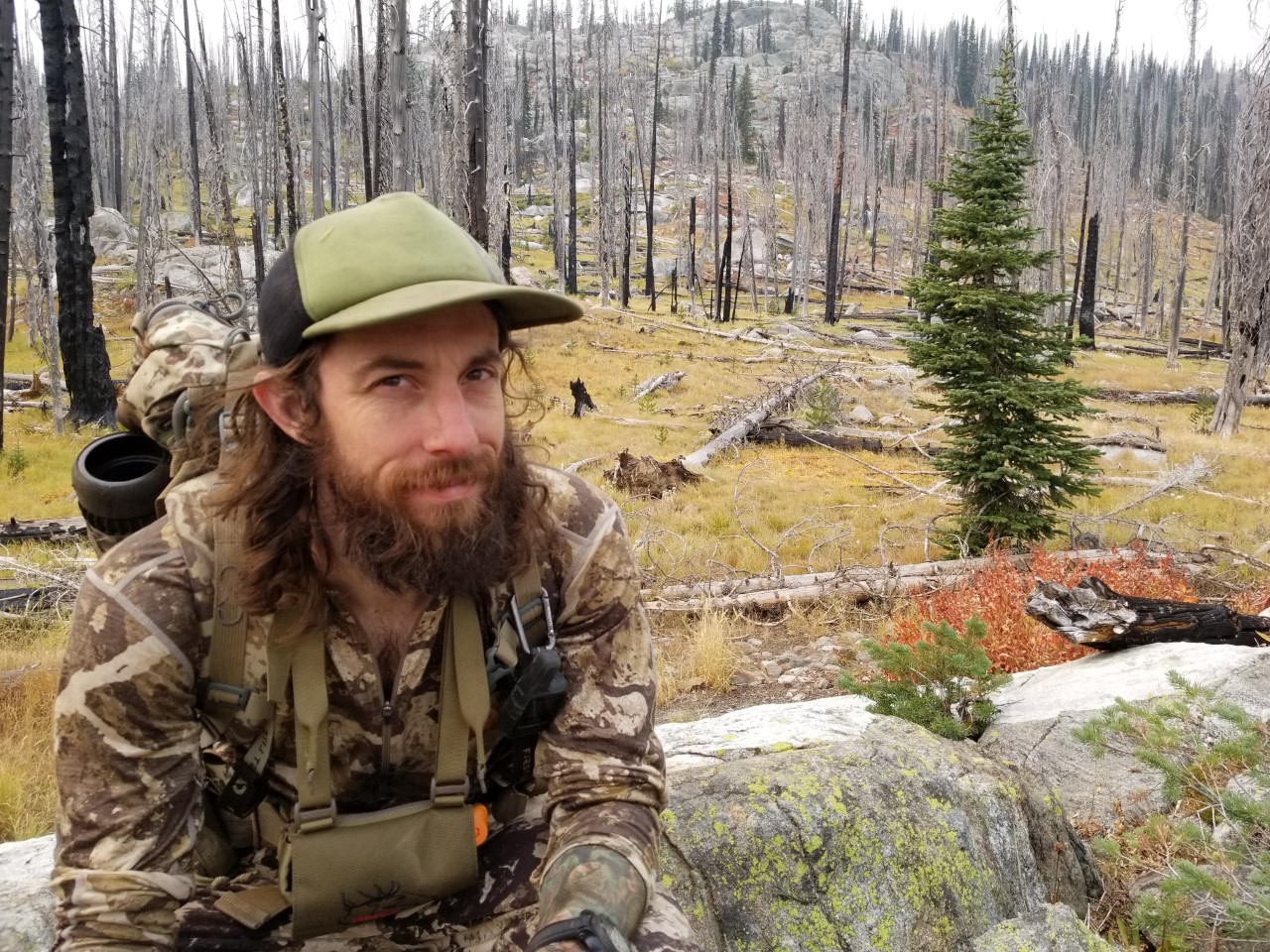 Steven Goodwin is originally from Oak Harbor, Washington, but moved to Georgia as a child. He spent over 15 years working in restaurants in Atlanta, GA, and Charleston, SC. Those experiences led to a passion for wild food harvested from wild places. He spends as much time hunting, fishing, foraging, kayaking, or backpacking on public lands as possible. Steven joined BHA to help promote and protect the places he loves. 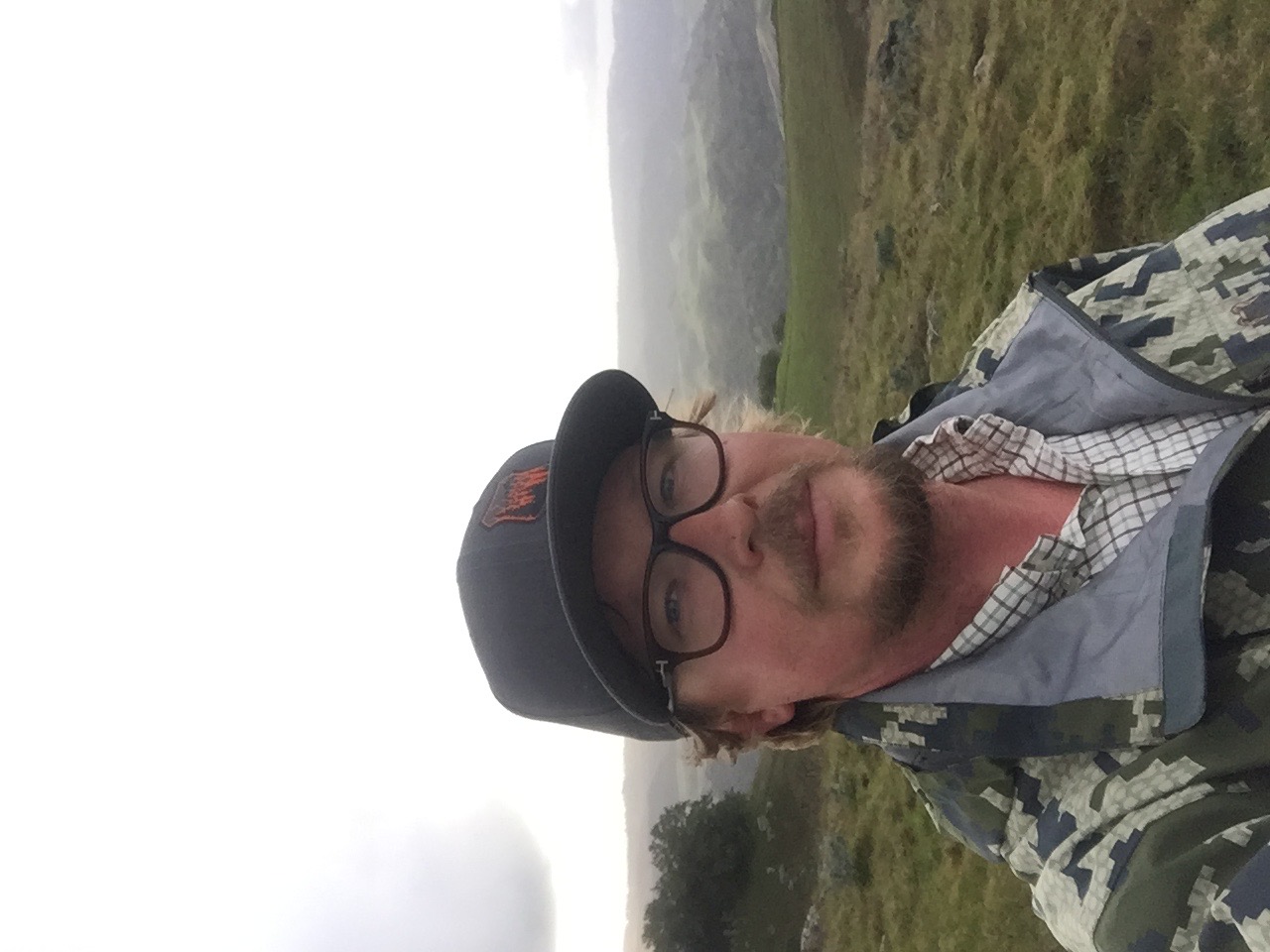 Kylan Hoover was born and raised in Northern California. Since then he has had the good fortune to have spent much of his life working with livestock and land management across the US. He now resides near the lower Chattahoochee River in Southwest Georgia. Kylan’s passion for public lands and waters began while fishing with his cousins as a boy and matured in pursuit of blacktail deer in the Russian and Marble Mountain Wildernesses in California’s far north. Of late, Kylan works to spend as much time as possible chasing the grand Southern Fox Squirrel and fat river catfish wherever they are to be found. 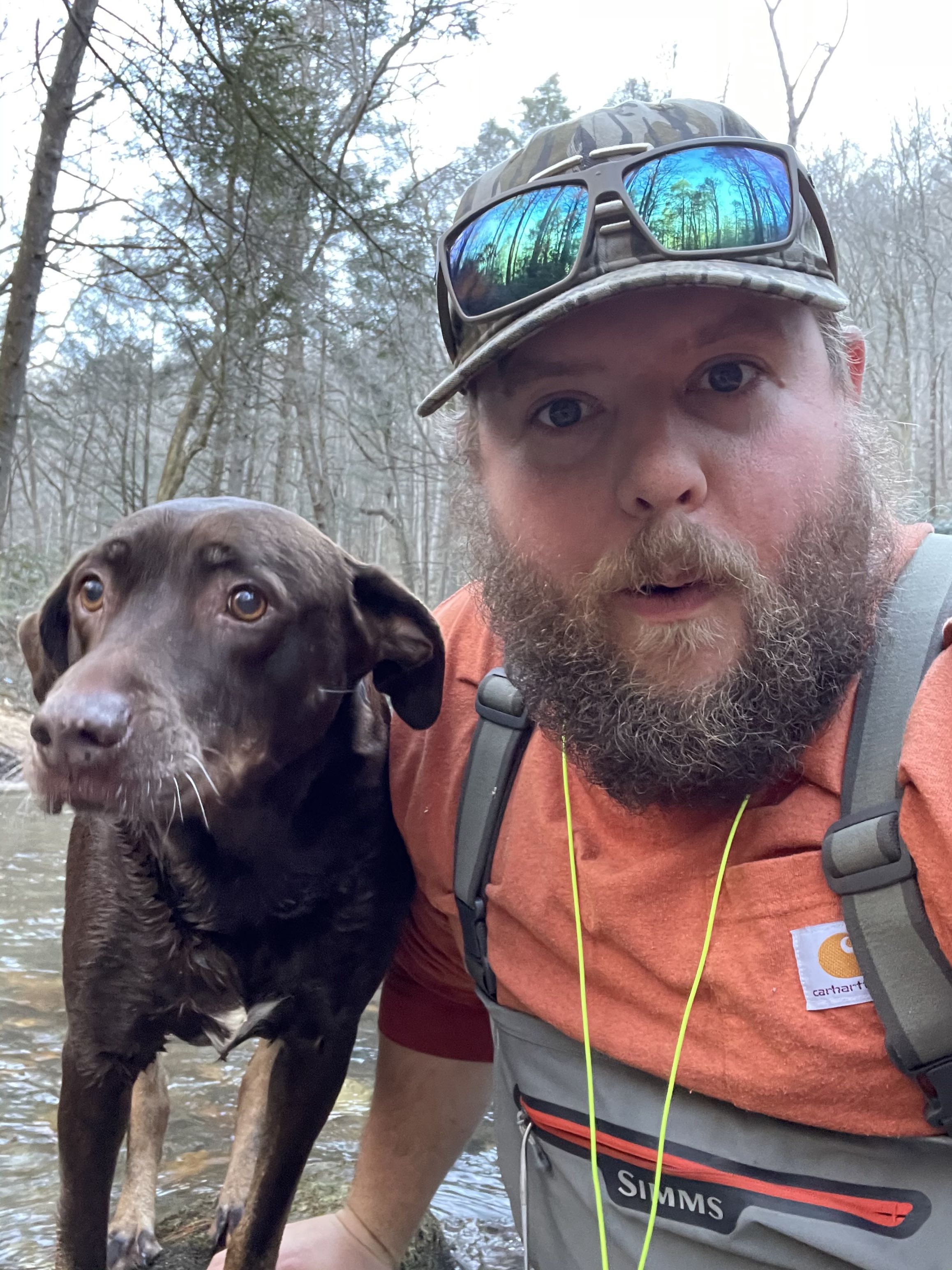 I have always been drawn to the outdoors. I grew up fishing with my Paw Paw. He found the local BASS chapter in Dalton GA. We would fish for bass, bluegill, crappie and catfish from Dalton to Macrae GA. We would go to Steinhatchee FL and chase reds and sea trout every winter. In Highschool and college golf was a main focus but would typically end golf practice by fishing for bass or bluegill until dark. My first duck hunt in Oxford MS transformed from a tagalong hunt into an addiction in about 5 minutes. Since then I have bagged many waterfowl species and am pursuing the life long struggle of never being satisfied. Be them far or near I am familiar with most public mud puddles across the state. I also engage in harvesting many species available in GA deer, bear, hogs, squirrel, dove etc. I suppose myself as a wild game connoisseur who loves to convert skeptics of wild meat into born again devotees. I have found that wilderness and the pursuit of wild game is a necessity in my life. We need wilderness to keep things wild and I am all about making that happen.