Funding for Public Access and Conservation Vital to Hunters & Anglers 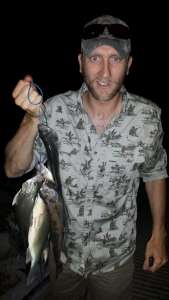 The following is a letter to the editor submitted by Colorado BHA.

There’s no other way to spin it, Colorado hunters depend on public access to public land.  A recent survey by the Congressional Sportsmen Foundation demonstrated that 92% of Colorado hunters use public lands.  These public lands were set aside by the many sportsmen conservationists that fought to ensure anyone who could afford a pair of boots and a rifle could have an opportunity experience the indiscernible connection to nature that American sportsmen yearn for, and work for.

This is why public land access and conservation programs like the Land & Water Conservation Fund (LWCF) matter so much to sportsmen.   LWCF has recently been used to expand waterfowl hunting opportunities in places like the Baca National Wildlife Refuge, and to improve walk-in access to tens of thousands of acres of prime backcountry elk and deer hunting land in the Bureau of Land Management’s Cross Mountain Wilderness Study Area.

While many of the state’s finest hunting and fishing areas have benefited directly from LWCF, the full potential of the program is virtually never realized.  The program, which is funded through receipts from off-shore oil development, was authorized by Congress in 1965 with bipartisan support for up to $900 million per year.  However, Congress has consistently raided the fund for other purposes.  It’s time for Congress to keep the promise and fully fund the Land & Water Conservation Fund at the $900 million level.