Friday Night Ties: How to Tie the "Marabou Coachman" with Brian Kozminski

Tonight’s fly is being tied by Brian Kozminski. “Koz” has been fishing the waters of Michigan for more than 30 years and is a guide with True North Trout. He has been tying flies since the age of 9, when his father taught him how to do it. These days, he shares his years of wisdom at the vise teaching locals how to tie flies and fish them. This week, he’s bringing the “Royal Coachman” to the BHA community. Most know the pattern. Few know the history. It’s a great introductory fly for those new to tying, but it’s an absolutely effective searching pattern for all anglers. Koz is tying a version of the original pattern called the “Marabou Coachman”. You should have a few in your box if you don’t.

The Royal Coachman was created in 1878 by Irish born John Haily, who had opened a fly shop on Henry Street in New York City for tying flies and giving instruction on fly tying. John Haily is credited with being the first fly tying materials dealer in the United States. Originally the dressing called for a tail of wood duck flank feather with prominent black tip. Generally used as an attractor fly, the Coachman has become one of the most popular patterns in the world.

Have a pattern and tying video that you'd like to share? Send an e-mail to [email protected] 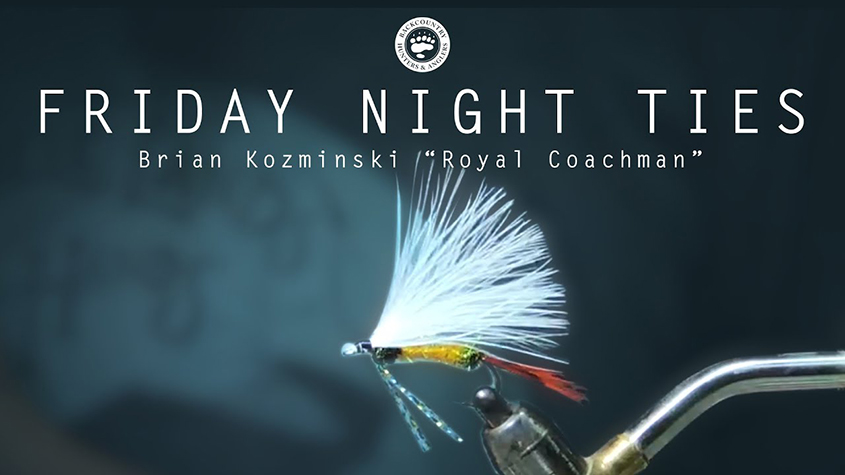 Donate To Help Support Our Mission